Inside the Mind of a Killer

Serial killers are a fascinating subject. I don't mean that in a "I want to know all about them so I can be like them" way, just that these are people with compulsions that go to some very dark places, places no one would normally go, and (by the "serial" in their descriptor) they do it over and over again in very specific ways (specific to each killer). What causes these people (largely men) to do this, what history originated it and what causes them to go out again and again for it is interesting. Freaky, but interesting. 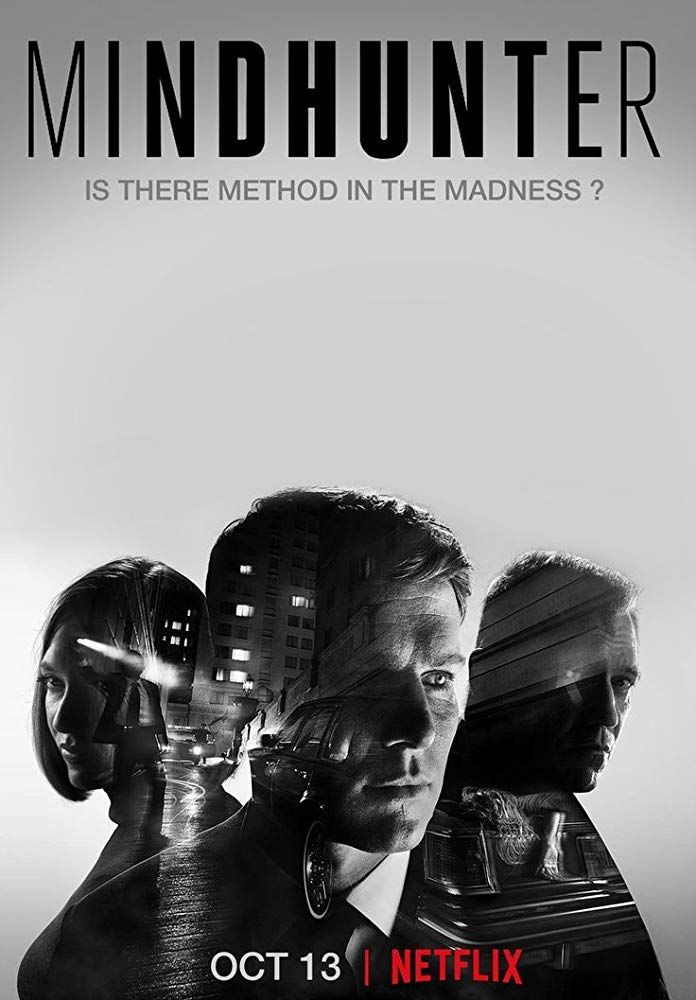 But then, the argument can be made that the people stalking these killers are just as interesting, if not more so. While thee killers are fascinating, at a certain point you know what you need to about them -- once you have their modus operandi pinned down, you know their history and what makes them tick, it's easy to predict what they'll do. Serial killers have patterns and like to stick to those patterns. The people hunting them, though, have a lot more work in front of them -- they have to determine if a killer is active, what they're doing, who the pool of killers could be, narrow things down, analyze, and then try to find a way to catch them. There's a reason so many true crime series eventually bring in a serial killer: it allows the already established characters to reinvent themselves and find new things to do.

But to have a long-form series that focuses on the teams searching for a serial killer, one that doesn't glorify the serial killer in the process (unlike, say, The Following), that makes for a very interesting take on the material. Created by Joe Penhall and executive produced by David Fincher (who also directed a number of episodes throughout the show), Mindhunter takes that very specific tack. Serial killers are part of the who, but the series is most interested in the FBI agents who make studying and finding these killers their job. It's an interesting, slow-burn approach to this kind of show, without any of the flashy flair you'd expect from a serial killer series. There's no gore, no glorifying the murders, and, for much of the run, we don't even see an actual killing at all. Instead, it's all about talking to serial killers (as the characters eventually dub them) and learning what makes them tick.

For much of the run, then, the show is all about FBI agents talking to convicted killers. That's because this is a show about the FBI Behavioral Science Unit, the people responsible for studying and finding serial killers, before the unit even really existed. The two lead agents, Holden Ford (Jonathan Groff) and Bill Tench (Holt McCallany), eventually working with psychology professor Dr. Wendy Carr (Anna Torv), get the idea to study killers to try and find commonalities between methods, to find patterns in the madness, after a chance interview with the co-ed killer, Ed Kemper (Cameron Britton). Kemper, surprisingly talkative about all the crimes he's committed, acts as a kind of gateway for the agents, leading them to talk to other killers, and more and more, allowing the agents to then determine all kinds of details. And then, a little in season one and even more in season two, the agents begin to apply their methods to help find other killers (although, often, bureaucracy gets in the way).

With Fincher on board, the show takes on a style akin to many of his other projects. Fincher has a very clear, calculating (some would say "exacting") style to his productions. There's a certain sterility to his lighting and production, a remoteness to his eye. In show shows (like House of Cards, which he also produced and directed some of the earliest episodes) that remoteness, keeping the characters at a slight remove, made the show feel off. But it's a style that works well when dealing with the subject of serial killers (and other deranged murderers). His directorial style, for instance, worked wonders on films like Se7en, Gone Girl, and Zodiac, and that same vibe from those movies permeates the entirety of Mindhunter. 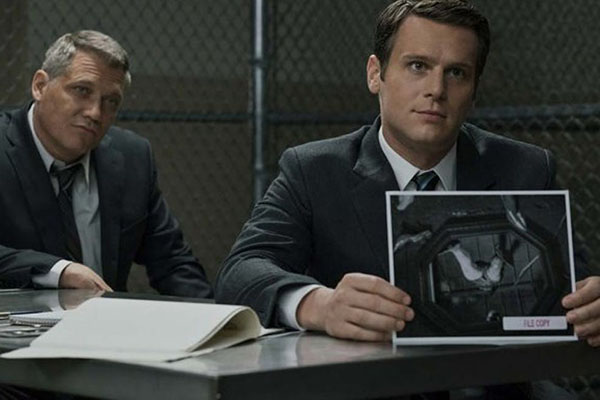 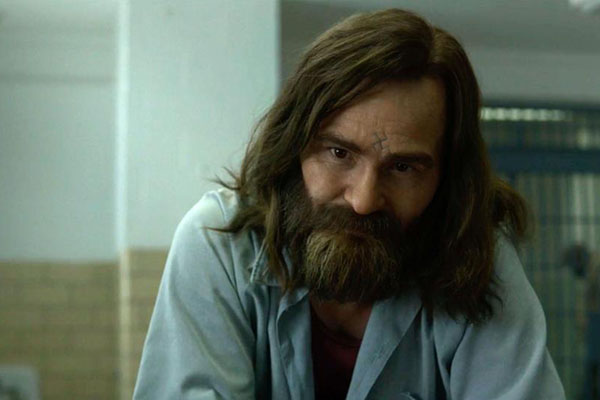 I'd argue that Mindhunter has the most in common with Zodiac. That movie (starring Jake Gyllenhall and Robert Downey, Jr.) focused on a serial killer case that went unsolved for years (and remains so to this day). There's a feeling a spinning wheels, of objectives constantly obstructed, in Zodiac, and that same vibe is especially evident in season two of Mindhunter, with the Atlanta Child Murders, another case from that same era that has gone largely unsolved to this day.

You'd think watching agents try, and fail, to solve a serial killer case would be boring to watch, but the opposite is actually true. The show doesn't telegraph that the killer is never caught (unlike, say, all the press leading up to the theatrical release of Zodiac) so you get to ride the high of the FBI agents as they catch new leads and work new anglers, even hopeful they'll get the right guy. And then you get sucked into the lows they feel when the case is quietly closed up before they've followed all the angle, a killer for some crimes dubbed the killer for all and swept under the rug (and sorry if that seemed like a spoiler, but this is a famous cold case from 1980 and 1981, so... statute of spoiler limitations is over). In effect, you get to ride the case and hope that somehow, despite the Atlanta government getting in the way (to avoid damaging tourism) and despite FBI higher-ups just wanting a win, somehow this case will have a proper resolution.

But, like Zodiac, it does not. It's honest for the history, of course, but it's also honest based on everything we've seen in the show so far. Holden is a head-strong hotshot who thinks he knows everything about these killers and can easily identify the right subjects, and while that might be true, his tone doesn't help convince people that this new field of criminology is anything more and hokum. Tench, meanwhile, is a long-serving FBI agent who values closed cases ("wins") over spending time on projects that might not pay off. The two, of course, are like oil and water and that only hurts their cause further at times.

In essence, the show is very realistic about its subject matter in all respects. It treats the science properly while still having flawed human characters handling the subject. Everything is fledgling and new so, of course, killers are going to fall through the cracks and people will get away with crimes they shouldn't have. And yet, it all feel honest and, in a way, fulfilling. Serial killers are freaky and the show doesn't sugarcoat that. But by keeping everyone at a remove, allowing us to experience their lives through a cold, exacting lens, it does two things: it keeps us focused on the cases but it also prevents us for glorifying the subject matter in any way. The work is what's important, not the gory details of the deranged minds committing the acts. 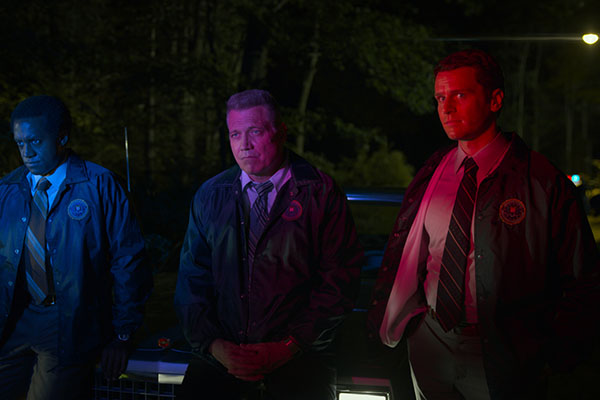 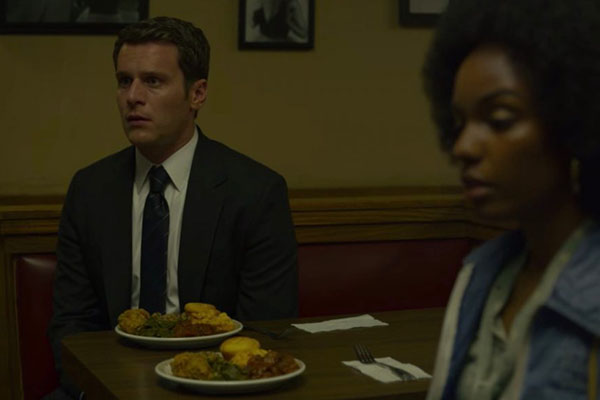 Mindhunter probably isn't for everyone. The heroes of the show are flawed in ways that might turn off people looking for easy protagonists to root for, and the subject matter is awful enough that plenty of people might watch a single episode of the show and immediately be turned off. But for those, like me, that are fascinated by the subject matter -- the killers and why they did what they did -- this show delivers on everything you'd want. It's honest, and (for a fictional show based on real history) about as historically accurate as you can get. It's good, in that David Fincher way. Just don't expect anything to have a happy ending (at least not without a seriously qualified version of the word "happy").