There was a while there where the Girl with the Dragon Tattoo series (or, as it's know in homeland Sweden, the Millennium series, based on the fictional magazine in the novels) was a huge deal, worldwide. The books received an English translation and suddenly they were everywhere for a time. The Swedish movies were all filmed back-to-back-to-back, then released (and then quickly came to NetflixOriginally started as a disc-by-mail service, Netflix has grown to be one of the largest media companies in the world (and one of the most valued internet companies as well). With a constant slate of new internet streaming-based programming that updates all the time, Netflix has redefined what it means to watch TV and films (as well as how to do it). in the U.S.), and there was buzz. So much buzz. There was talk of a whole U.S. series of films. This was going to be an epic, dark, nasty series of films. 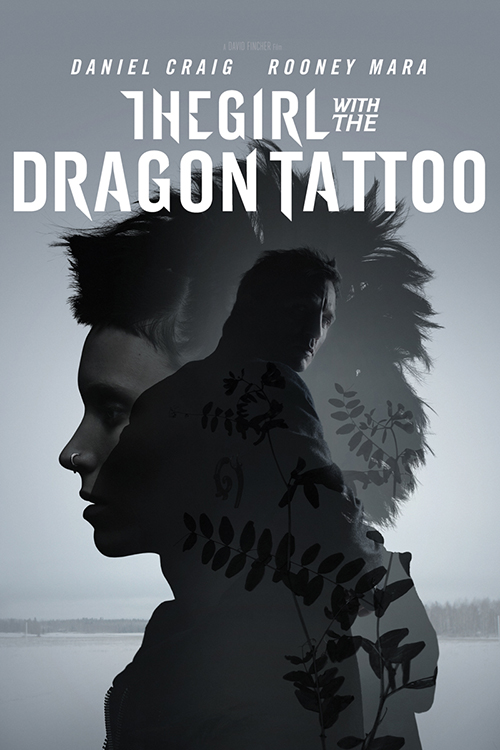 Naturally, none of that happened. After the first film came out and was a relative success at the tail end of 2011, making $240 Mil on a $90 Mil budget (not exactly gangbusters), Sony took a hard look at the plans for the series and softly scrapped them, waiting a few years before trying again with an adaptation of the fourth book in the series, The Girl in the Spider's Web. Plans for a whole David Fincher-directed series of films simply faded away, despite how good this first film, The Girl with the Dragon Tattoo, really was.

I don't think Fincher and his crew were to blame; this is a solid first salvo for the series in the U.S. Sony getting cold feet over the series is understandable -- movies have to make at least four times their budget to break even in the current studio system and this first film under-performed (releasing the film as Christmastime counter-programming, while and inspired choice, likely hurt the Box office prospects of the film). But, really, the long term health of the series was always going to be shaky; author Stieg Larsson had died in 2004 and had only written the first three books in the series. Although he had an unfinished fourth novel, a new author was brought in to write a different book and he took the characters in a different (and, arguably, worse) direction. Since then, all buzz for the books died, and the next film adaptation, The Girl in the Spider's Web, tanked.

The 2011 Fincher-directed film is certainly worthy of a sequel, although I also like having it as just a one-time story that, more or less, neatly ties itself up by the end. The film follows the two lead characters -- magazine publisher Mikael Blomkvist (Daniel Craig) and hacker/researcher Lisbeth Salander (Rooney Mara) -- as they tackle as case about, eventually, a serial killer, although the story is a slow-burn to that point. Mikael is called in by rich industrialist Henrik Vanger (Christopher Plummer) to investigate the 40-year-old disappearance, and presumed murder, of his beloved niece Harriet. She went missing one day during a family gathering and simply vanished, never to be seen or heard from again, and Henrik very much assumes foul play (as there was no other explanation he could think of).

Lisbeth, meanwhile, was originally called in to investigate Mikael for the Vanger estate. A researcher, and also a ward of the Swedish government (due to a past incident when she was a child), Lisbeth has to fight her own battles (including a lecherous man put in charge of overseeing her and her finances). Eventually, though, she gets called in by Mikael as she's the best researcher he's ever met, and together they dig into the case and figure out that Harriet wasn't the only disappearance, or murder, tied to the Vanger estate. Someone in the family is a prolific serial killer, and they may very will still be active. 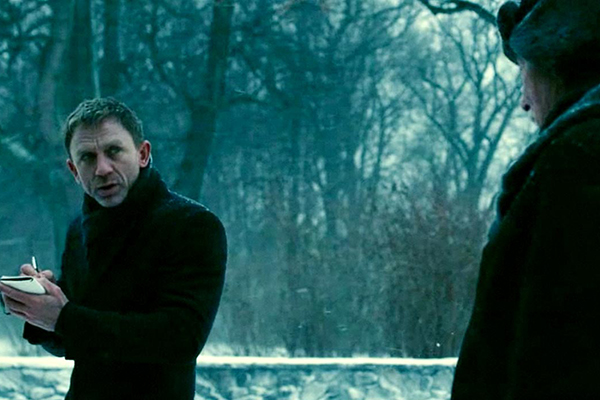 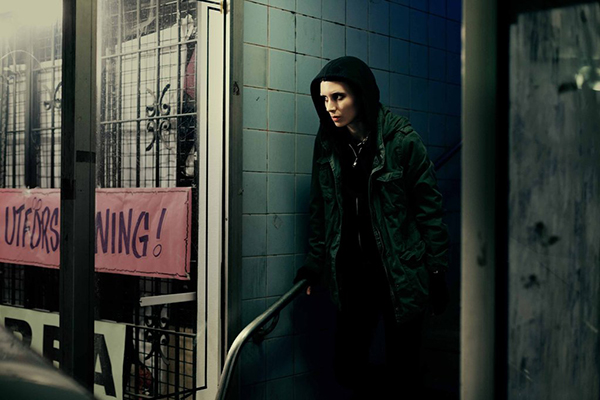 Fincher is a director well suited to this kind of material. It's not just because he seems to have a penchant for tales about series killers (Se7en, Zodiac, Mindhunter), but also because he films a lot of his movies from a kind of icy reserve (The Social Network, the later Gone Girl). Pairing those tastes up for a film set in cold and icy Sweden on the hunt for a serial killer checks all the boxes of the director's oeuvre, and it works so well here. This is pure Fincher and the director handles it all with aplomb.

The mystery itself is actually quite solid, with plenty of misdirects and red herrings. In fact, due to the fact that the leads are searching for a missing (probably dead) girl and stumble on a case of a serial killer, it's more like there's two cases at play that just so happen to overlap. how the cases build and develop, and the way the film layers everything together, slowly drawing the leads in and then spiking up the danger, and the mystery, really gives the film a sense of momentum and energy.

It does, of course, help that the two leads, Craig and Mara, are great in their roles. This isn't exactly a hard part for Craig to play, leaning on his charisma both for the scenes where he has to interview people about the case(s) and for the times where he's in one love story or another. Mara, though, gets a much meatier role, a woman angry at the world around her looking for justice around every corner. Mara turns Lisbeth into a character that's almost alien to most of humanity, hard as ice and pained to be around other humans. It's a fantastic performance, and as she grows familiar with Mikael, and her walls slowly start to peel back, you feel real growth from the character and the actress.

That's not to say the film is perfect. The killer is fairly easy to guess simply based on the lack of fleshed out characters in the film. Also, despite it being a Sweden-set film (which I applaud the production team for maintaining that, although considering some plot details, I don't know if you could have moved this story elsewhere), everyone in the film speaks with a British accent (or very nearly); I would have preferred them trying to get everyone on a reasonably solid Swedish accent so the sound of the film matched the authenticity of the settings. 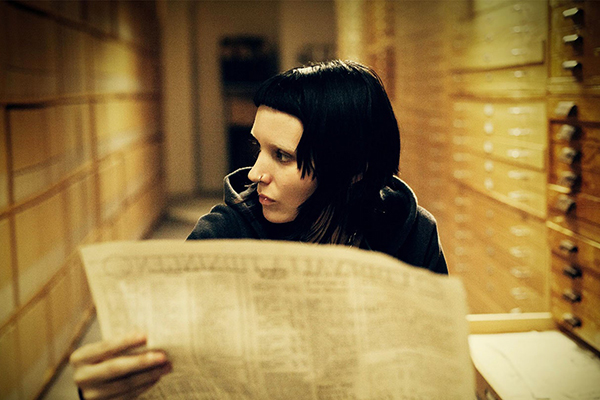 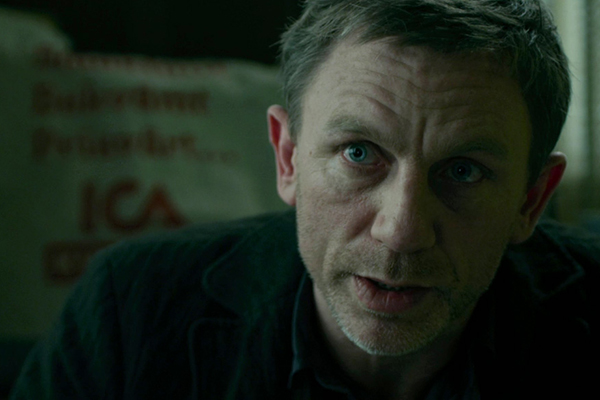 Probably my biggest beef, and this traces to the book itself, is that the love story between Lisbeth and Mikael comes out of nowhere. She's the kind of person that seems to have a deep hate, and fear, or men, not meeting them in the eyes and shying away from their touch. She's shown being much more comfortable with lesbian lovers (at least, she can meet their eyes and pursues some touching from them), but then suddenly she decides to jump Mikael's bones and it comes out of nowhere. The film either needed more development to sell this sudden shift or they needed to keep the friendship between the two platonic. The book forced them together, and it might not have worked there, but it certainly doesn't work here.

Still, small matters aside, this is a tense and taught serial killer thriller from a master of the form. Fincher was in total control with this film and he plays the story like a finely tuned harp. It's not a perfect film but, between the source material and the likely demands of the studio, it's about as good as we could get all things considered. It's one of Fincher's more watchable films, and the director doesn't have a lot of misfires (Alien 3 being the big one). Even now, nearly a decade later, it still holds up. The Swedish versions of the films may be more complete (as they adapt all of Larson's books) but I like this version better. It's a solid, well made film from a master of the form.