Three Films, Three Times a Ship Has Been Floating in Space

Just about every series of films ends up having one or two bad entries in its run. You run films long enough and the studios eventually start cranking them out simply because they make money and not for any artistic intent. Even movies made by someone that cares about them tend to have less interesting or outright bad entries. Just look at The Dark Knight Rises or The Matrix Revolutions for examples. 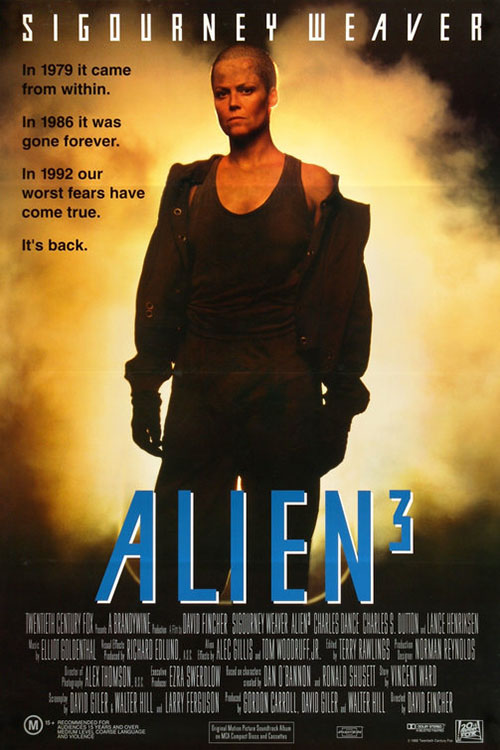 Alien 3 (or, if you're being pedantic, Alien Cubed) marks the turning point for the Alien franchise, a production beyond troubled that went through multiple scripts, leading to multiple developments in the project, dragging it all on for years before a film was even made. The product Fox eventually released is, simply put, bad. It's bad for multiple reasons, not the least of which is that it ruins the ending of the previous film and nullified so many of Ripley's character developments that you have to wonder why Sigorney Weaver even signed on to the project in the first place.

In the film, we pick up at some indeterminate time after the events of Aliens (although, presumably, less than three weeks after as, if it had been past that time span, the Colonial Marines would have sent their own rescue ship, as per a conversation in the second film). Since the end of that movie, the eggs the Queen Alien laid on the Sulaco hatched, causing havoc on the ship and forcing the cryo-chambers to be ejected in an escape pod. That pod, captures in the gravity of a nearby planet, crashes down, leaving only one survivor: Ripley. That's not entirely true, though, as a second survivor, a facehugger, also makes the voyage down. Stuck on a prison planet, Ripley is forced, once again, to contend with her greatest fear (and the one species she's proven, time and again, she's able to take out): the xenomorphs. Sadly, there's one other problem Ripley has to contend with: she has an alien inside her, and it's primed to get out.

Let's get the initial issues I have with the plot out of the way. For starters, how was there time for a xenomorph egg to get on the Sulaco? Or even on the drop ship? The Queen is the only one that can produce eggs, and she needs her tail-setup. It's not as though she could have brought an egg on board with her, and she certainly wasn't in the cryo-pod area to lay one, let alone multiple eggs, so how was that even possible? It wasn't, so the movie already starts off in a place that makes no sense from the previous film. And then to use that intro to kill all the characters we had just bonded with in the previous film, the ones Ripley specifically went out of her way to save, kills so much of the second movie's ending. Even now, going back and watching Aliens, I kept having the thought of, "but this doesn't really matter because Alien 3 wipes it away."

And then there's the fact that the movie seems to go out of it's way to ruin every real relationship Ripley had, or could have. Beyond killing off Hicks and Newt from the first film, it leaves Bishop (voiced by Lance Henrickson, once again) in such a state that after his one returning scene he then begs for death. Ripley also makes a friend with Clemens (Charles Dance), the prison planet's chief medical officer. Clemens is a great character, flawed but realistic, and Dance plays him with utter aplomb. He's the one character for the full first act that Ripley can rely on, so, of course, the movie feels it necessary to kill him just as soon as he and Ripley truly bond. Not only does it rob the film of one of the only good characters in it, but it does so in a totally unnecessary way. He's a character that could have found growth and closure and then is denied either by the jaws of the alien. For both of these characters, Clemens and Bishop, their treatment in the film is an utter waste. 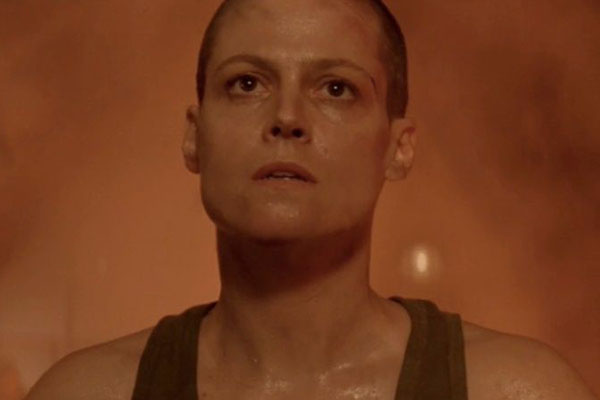 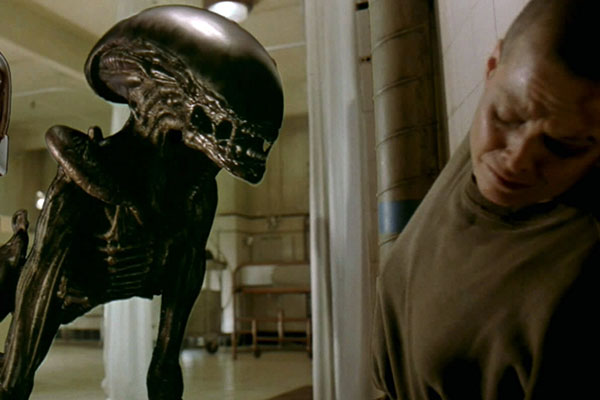 We also have the simple fact that this movie doesn't really expand the universe of the Alien series in any meaningful way. While Aliens fleshed out he universe of Alien, giving us more aliens and colonial marines, it also gave us a deeper look at Weyland-Yutani, the evil corporation that sent the Nostromo down to the alien-infested planet in the first film. The sequel illustrated the depraved depths the corporation would go to in their attempts to capture (for military research) a xenomorph. Aliens built a larger scenario, added in more action, and fleshed out the universe in ways we might not have expected after watching the first film.

What does Alien 3 actually add to the universe, though? The movie itself is another story of a single alien picking off people, one by one, in a tight, dark quarters. The crew forced to fight them lack any real weapons (much like the crew of the Nostromo), and have to use fire, and luck, to win the day. The two stories aren't all that different in either focus or effect. Despite the change in locale, from a ship to a prison planet, very little about the setting or story of Alien 3 is new.

Ripley, too, doesn't really have much to do, not in any meaningful way that actually evolves her as a person. We've already seen scared Ripley, and hard-assed Ripley. We already know Ripley will do anything to end the alien scourge -- by removing the people she learned to love in the second film, Alien 3 effectively makes her into someone that has nothing to lose. Putting an alien (an eventual chestburster) inside her doesn't change that dynamic at all, it simply reduces her to a heroine at the end of her journey, a final, last swan song for the character whose path has already ended before this film even began.

The best that can be said for the film is that once it settles down and gets to the actual alien hunting action, this is at least decent to watch. It's not great, with bad creature effects and a surprising lack of gore for a film of this nature. It is, however, interestingly filmed and decently paced (with much of that credit due to David Fincher in his first film directorial effort -- it's worth noting that he's disavowed this movie completely, absolutely hating every aspect of the production). The film isn't good but it's at least not completely terrible to just watch in a dead-brained kind of way. 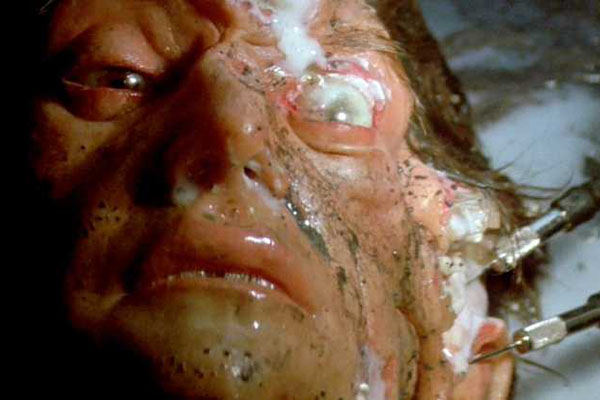 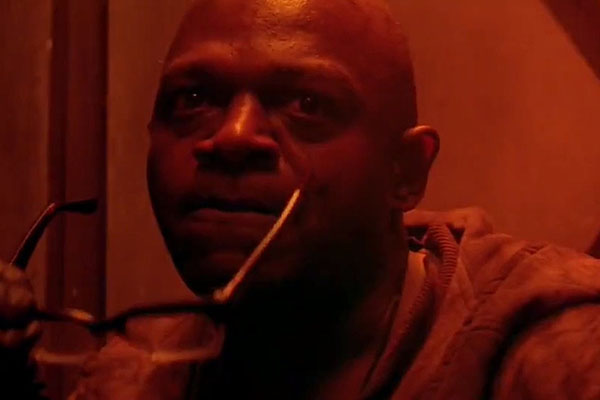 Some of the issues with the film can, of course, be attributed to the length of time the film spent in development hell. Fox, clearly, didn't know quite how to follow up the second film and went in multiple directions with script development before, for some reason, merging many of the different scripts together in some kind of horrifying chimera story. The sad part is that, from all reports, Fox had a really good set of scripts in development, a two-part story that would have seen Corporal Hicks (from Aliens) take over as protagonist for the first film in this two-part, back-to-back production, before Ripley would have re-emerged from cyro-sleep to take the fight to the alien home world. Fans are still enthusiastic about this script and, as last reported, the script are eventually going to get turned into a comic book series.

Of course, the reason those films weren't made was because it was a two-film, back-to-back production and the studio was gun-shy about spending that kind of money until they knew they had the scripts "just right". It's funny to think back on that because now back-to-back films are pretty normal for Hollywood, a good way to build up buzz, something to get the fans excited about. It's hard to imagine Fox looking at a two-part Alien finale (especially after a successful sequel had just come out) and balking at it in the modern era we live in. That seems like a no-brainer now.

Stories of development hell and what could have been doesn't change the fact that the film we got is a complete waste in all respects. It wastes a few different scripts, it wastes Ripley, and it wastes the journey all the characters from Aliens had just been on. Fox, like Weyland-Yutani, saw a potential source for money and scrambled over themselves to find a way to make it happen. And, just like the evil corporation in the film, they failed spectacularly, time and again.