Although it might have seemed weird to most film-goers at the time, having a crossover movie between an Alien and a Predator was all but inevitable. Ever since the two franchises started crossing over in comics and video games, a movie spin-off of the whole mega-franchise was bound to happen sooner or later. The only question would be how and when. 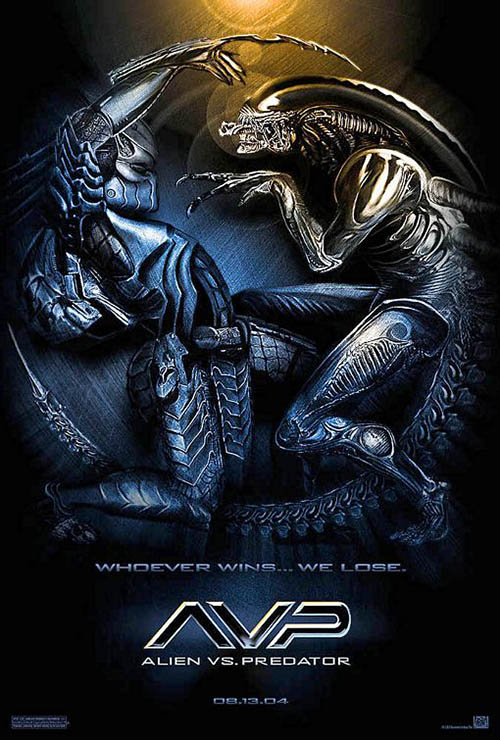 Well, after the failure of Alien: Resurrection to kick-start that part of the franchise, Fox clearly wanted to find a new angle on the series. If Sigourney Weaver couldn't put butts in seats, maybe putting some Predators in instead would. And it did, with a movie that in some ways is a breath of fresh air for the franchise. That said, it's not without it's big flaws, especially if you have any knowledge of the director, Paul W.S. Anderson, and his horror works.

The film opens up back in 1904 in the middle of the Antarctic. There, a whaling village is under attack from Predators. The hunters kill everyone there, but then seemingly as taken by surprise by an xenomorph. We then jump 100 years ahead to an expedition in the same Antarctic region. After the Weyland Corporation detected strange readings deep under the ice, they pulled together a team -- including Antarctic guide Alexa Woods (Sanaa Lathan), archaeologist Sebastian de Rosa (Raoul Bova), and chemist Graeme Miller (Ewan Bremner), along with Weyland CEO Charles Bishop Weyland (Lance Henriksen) -- to explore the region and see what's going on.

What the team finds deep under the ice is an ancient pyramid, one that activates the second they enter it. Soon, the temple starts changing and rearranging itself, trapping the explorers inside. Things get worse, though, when the group is picked off, one at a time, by monsters -- the xenomorphs. It's only then that the remains of the team realize the temple is a test, a hunting ground for another alien species, the Predators, and the humans are caught in the middle of the epic fight.

There are any number of scenarios the filmmakers could have used to pit Aliens against Predators. Sure, whatever solution they came up with would have had to include humans -- you need someone that can speak English in the film as otherwise the entire story would have been told via subtitles (and while I might think that would be a bold choice for the series, the box office-going public probably would have balked). I think the comics usually resort to a team of Colonial Marines (like those features in Aliens), but the film instead goes with a bunch of hapless scientists on Earth. 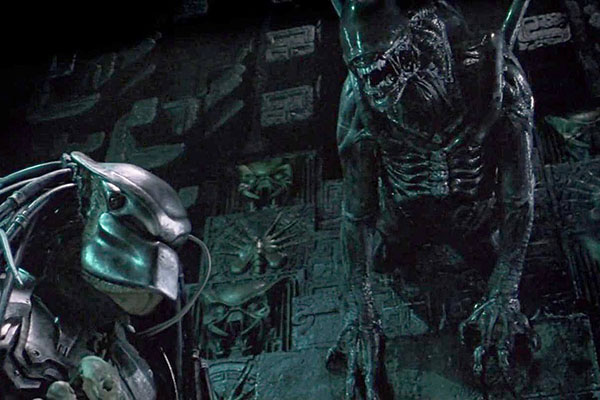 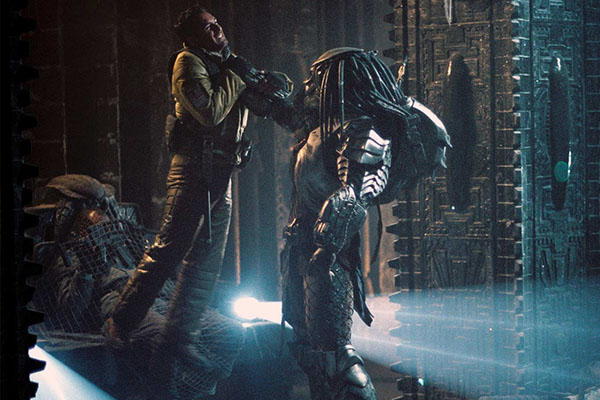 I think this is the biggest issue with the movie, to be frank. By setting the film on Earth, instead of any random extra-solar planet, the filmmakers have to come up with explanations for everything, no matter how far fetched they may be. How can a pyramid exist in the Antarctic? Ancient peoples built it, back before the continent moved so far south. Why would they build it? Because they worshiped the Predators as gods, gods we haven't heard of before in this context despite how much of an influence they clearly had on the culture. And, of course, these are gods that demand regular sacrifices to feed the xenomorphs they brought to Earth. Really?

Even moving past the silliness of the basic story setup, I also had issue with the construction of the film. In essence the movie is about a team of people moving down in the the depths of a mysterious base. Oh, and their very presence eventually activates the hidden traps in the base. Then the team has to fight their way back out, past all the horrors they have unleashed upon themselves. If that sounds familiar, it should: it's also the plot of Resident Evil, another film directed by Paul W.S. Anderson. I happen to like that film a lot, but I have to admit I only needed to see it once. It's like the creator took the script for Resident Evil, find-replaced "zombies" with "alien and predator" and then called it Alien vs. Predator.

The film is fun, mind you. There are neat thrills to be had from the basic construction of the pyramid and all the weird things that go on within it. And no one is going to argue that seeing an Alien and a Predator fight, all out, is anything other than a delight. When it comes to these moments, the movie is great fun to watch. But that doesn't change that fact that it all feels like a movie I've seen before.

And given what the stars have to work with, they do help to elevate this very same-y story. Sanaa Lathan does great work as Alexa Woods, making her a solid, bad-ass character with only a few scenes to setup the character. She sells her performance, and when her character eventually teams up with a Predator (because it's not like she was going to choose to work with the Aliens), you believe her reasons for why. It's a dumb storytelling move, since the Predators are as likely to kill the humans as the Aliens, but Lathan is able to invest in the decision, making it seem like a believable, smart choice. 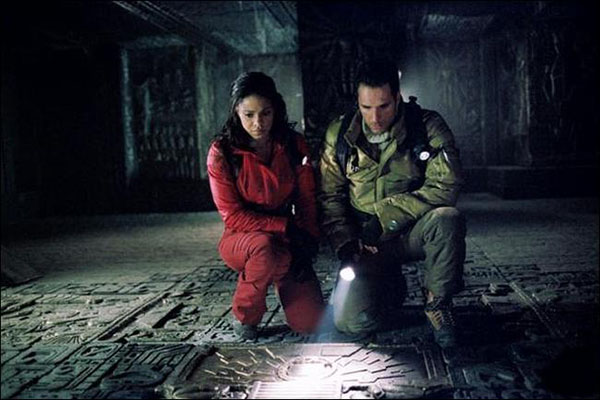 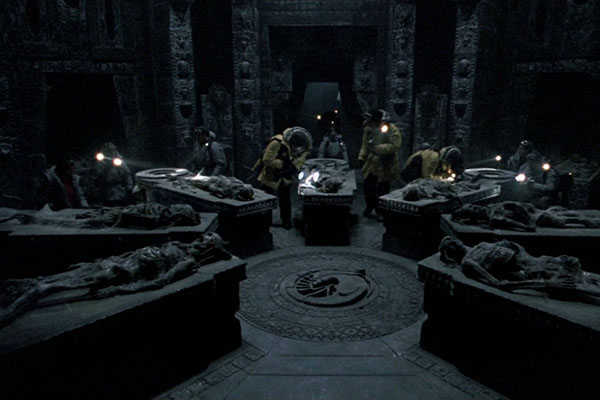 Raoul Bova's Sebastian de Rosa and Ewan Bremner's Graeme Miller are also great characters. Decently acted, with some fun moments, these are characters the movie develops so you invest in them. That said, they are both also clearly fodder, humans to die along the way so we're left with a final girl. This is, again, the plotting of Resident Evil, with all the friends the strong female makes along the way slowly getting infected by the monsters (again, swap in "zombie" for "alien"). You like them, you actually care about them, but clearly you know they're all going to die. Just like Charles Bishop Weyland, but here the character is played by Lance Henriksen, and Lance is always a fantastic actor. He can sell anything, even the worst scenes of the whole Aliens saga.

But all the great actors in the world can only elevate a movie so far. Alien vs. Predator is hobbles from the start by a dumb conceit and a regurgitated story. I can't say that a different director would have done better as the sequel, Requiem, had a different production team and managed to be even worse than this film. I just wish someone would have told director Anderson to maybe write a new story for this film. Perhaps one actually set in space. That might have helped.