What We Really Need Are Bigger Guns

The original Alien is a master class in building tension. It's a slow, steady crawl towards the inevitable carnage, and (at least the first time you watch it) a truly surprising film with a monster that just keeps attacking from the shadows. Of course it would be a big hit, so the only question would be how they could make a sequel to the film (since a sequel was bound to happen). 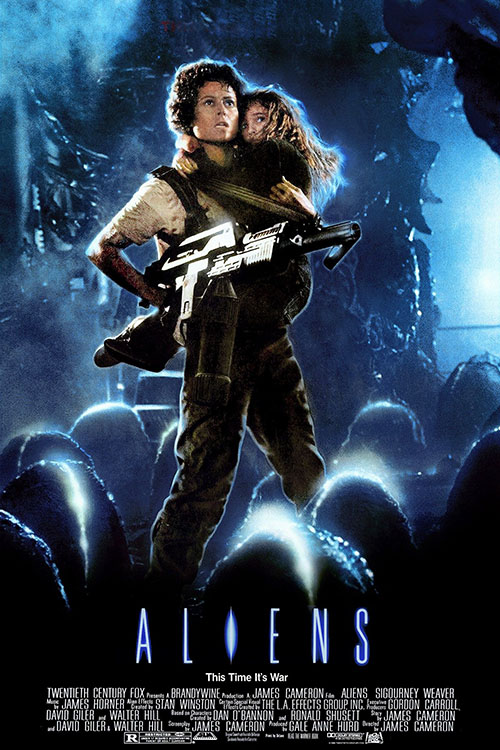 While I'm sure there was some desire to retread the same material, have Ripley go up against another alien in a different, but still claustrophobic, setting (you know, like in the third film that everyone tries to pretend doesn't exist). But instead, along came James Cameron and instead of just making another Alien, he made a very James Cameron film. While the film clearly takes place in the same continuity of the first film, it's about as different in every way from the original as it could possibly be.

Picking up after the first film, we find our heroine, Ellen Ripley (Signorney Weaver), still frozen in her cryo-tube, floating along in the escape pod from the Nostromo. She's rescued by a salvage team, but soon enough learns that her rescue isn't quite as happy as she'd like: 57 years have passed, and it was only dumb luck her pod was found at all. Beyond that, the Weyland-Yutani Corp (the business that owned the Nostromo and sent the vessel to the alien-populated world on purpose) throws Ripley under the bus, blaming her for everything that occurred on the Nostromo, saying that the aliens don't exist. Stripped of her right to fly, Ripley is left in a very bad place.

But then a terraforming colony that was placed on the very same, alien-infested world the Nostromo visited, goes radio-silent. Weyland-Yutani hired Colonial Marines to go to the planet, and they convince Ripley to go along as a "consultant". And of course, sure enough, there are aliens (or, as the movie calls them, "xenomorphs") on the planet, and everyone in the base is already dead. Well, save one: a little girl who goes by "Newt" (Carrie Henn, in her one and only acting role). Soon bad goes to worse as half the marines are picked off by the aliens and the rest of the crew, with Ripley and Next among them, are forced to find a way to get off the planet and stop the aliens, once and for all.

To say that Aliens is a very different film from the original Alien is an understatement. Sure, there are moments of horror, of the aliens coming out of the walls and suddenly attacking the marines. That said, the horror is downplayed a whole lot, with this film being much more of a militaristic action movie. If it has any kind of parallel to other movies in the Aliens v PredatorOriginally two separate franchises, the Alien and Predator series came together first in a series of comics and video games before, finally, Fox Studios merged them together is the Alien v Predator film franchise. mega-franchise, it would be Predator, an at-the-time unrelated film that came out on year later. Both films deal with teams of soldiers blustering their way into a bad situation and then, one by one, getting picked off as the wet themselves in fear. 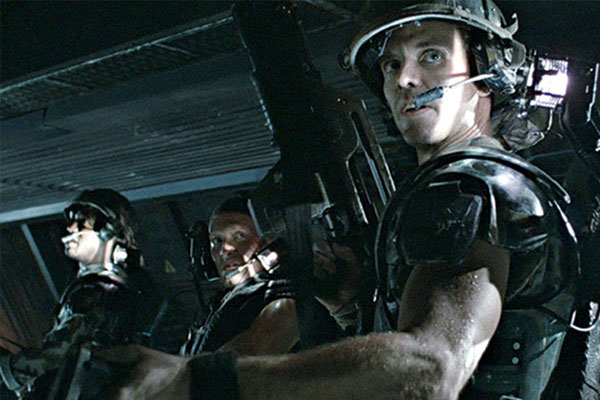 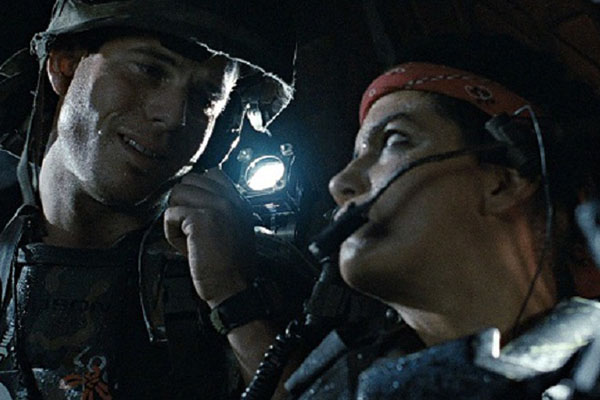 The change in perspective and style is to the benefit of Aliens. The reality is that once a killer has been revealed, once it's tricks are known, it's no long as scary as it once was. It's a lesson James Cameron clearly learned for Aliens (and something toe Halloween series would do well to figure out). Sure, the film takes a "more is more" attitude to the monsters, but that's only to balance out all the marines that are thrown at the problem. One alien against a pack of soldiers wouldn't be interesting, but when you vastly outnumber the marines, take away their advantage, then the fight gets interesting.

Of course, there are some that probably are annoyed that the film isn't as scary as the first flick. The moments of horror are definitely lessened (and mostly are awarded to the facehuggers, not the adult aliens), but then there are only so many ways you can surprise viewers with the same tricks before they get old. Sure, maybe the adult aliens don't seem as powerful, or as deadly, as in the previous film, but then the sailors of the first flick weren't trained soldiers with powerful weapons. In making the film a fairer fight, the producers amplified the few moments of pure terror.

The best sequence is, of course, the big final confrontation between Ripley and the aliens. This actually takes up the whole last act -- Newt gets captured by the aliens (not killed because they want to impregnate her with their facehugger spawn, just as they did with all the other colonists), and Ripley has to go into the remains of the colony base alone to save her. This not only gives us another great action sequence, but continues Ripley's own evolution, her story of recovery and growth. Plus, it makes her into a giant bad-ass.

Really, as silly as the final fight may be between Ripley and the gigantic Queen Alien (and new version of the adult created for this film) there's still something thrilling in seeing Ripley strap herself into a giant robo-suit to have a fair fight against the Queen. Everything in this film is designed to give the humans a chance against the aliens, which is smart. Slasher movies have shown us plenty of times what happens and an immortal killed goes up against a pack of piddly humans. The best of the films give the humans a fighting chance, a way to fight back and up their own agency in the battle. It doesn't decrease the tension or the horror to balance the stakes because now, if they lose, it more gut wrenching to watch. 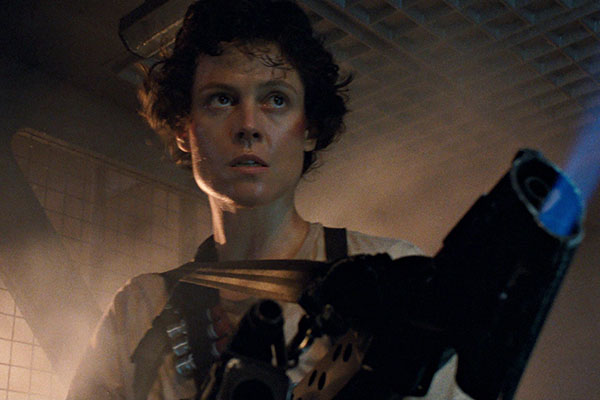 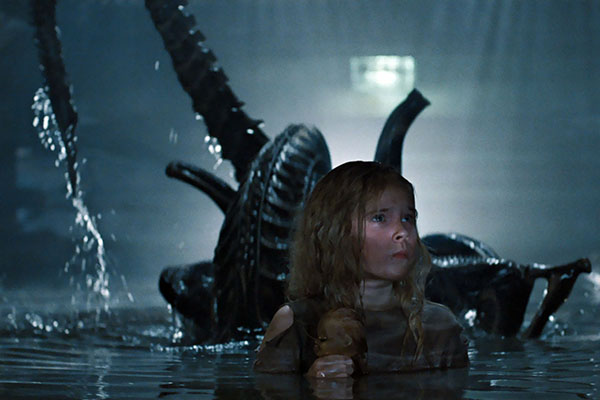 That's not to say Ripley loses, of course. I mean, spoilers for a 30 year old movie, but of course Ripley survives (she has another movie to star in down the road without any narrative trickery). But watching the film the first time, you can't be sure who's going to win or lose. You don't know if Ripley will make it out of the scrape, if the Queen will get Newt, if any of the new soldiers we meet will live to fight another day. That's what Aliens gets so right: it's ups the power of the humans, ups their numbers, and then promptly kills a bunch of them just to show, "hey, anyone can still die." The action is more visceral, the stunts better designed, and the few scares so much scarier than the first film (because they don't rely on surprise alone to sell them).

I think that's really what so many people hold Aliens up as one of the few sequels to really be as good (or better) than its predecessor. For me, Aliens is better than the original. It has a more complete world, a more interesting crew of characters, and enough action to carry the film on multiple watchings. Alien is good, but Aliens is easily the best of the series. Sadly, it's pretty well all down hill from here...