If No One Can Hear You Scream In Space, Why Are There So Many Sound Effects?

Having covered all the Predator films on this site, I knew eventually I'd have to go back and go through the Alien films. Not that all of them are so bad to watch -- certainly most people can agree that the first two films in the series are pretty good, even they trail off pretty quickly and never really recover. Thankfully, while I'll eventually have to review all the crappy films to come, I get to start with the pretty excellent 1979 original, Alien. 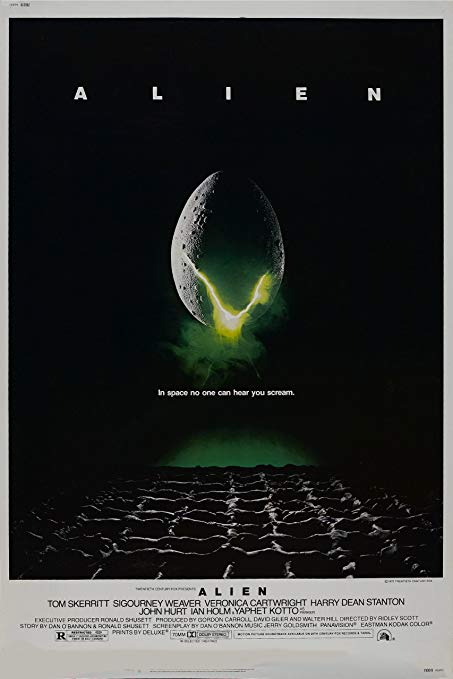 On their way back to Earth from a distant planet, the corporate-owned mining ship Nostromo receives a distress signal from an unknown vessel. The crew wake up from hyper-sleep and soon realize they're only half-way to home. However, as per interstellar law, the crew is required to investigate the signal to see if someone is in trouble (otherwise they risk losing their stake in the mining mission and, thus, don't get paid). Three of the crew -- Dallas (Tom Skerritt), Lambert (Veronica Cartwright), and Kane (John Hurt) -- go down to the planet while the rest of the crew, including third-in-command Ripley (Signourney Weaver) and science officer Ash (Ian Holm) stay behind to tend to the ship. The wreck the crew finds is alien in origin, and before too long one of them, Kane, have gotten themselves injured. More specifically, an alien entity has wrapped itself around his face, putting him into a coma.

Dallas and Lambert rush the unconscious Kane back, but Ripley refuses to let the crew back on the ship until they go through quarantine. Ash ignores Ripley and lets the crew on so they can try to remove the creature. However, they run into more issues. The alien is not only keeping Kane alive, but removing it might kill the man. Worse, even when they try to remove it (via surgery) they discover that the alien has molecular acid for blood, very dangerous and highly corrosive. Soon, though, the alien dies, and Kane wakes up, seemingly fine. That is until a new alien bursts from his chest, fleeing to deeper parts of the ship. The crew will have to find this deadly parasite and kill it before heading back to Earth and unleashing this terrifying beast on the human populace.

I honestly feel bad even giving that much of the plot away just in case there's someone reading this site that hasn't seen the movie before. The original trailer didn't even spoil much of the movie, just giving flashes of terror and violence without any dialogue to indicate the actual story -- it's a real winner. If you didn't know what the movie was about, you might not even realize it was a horror flick from the first half-hour of story. Sure, the fact that it's called "Alien" does imply that there's an alien in the movie (stands to reason), but the film doesn't get to the alien all that quickly, instead letting the story build organically.

The whole film is a slow-burn, a master-class in methodically building tension from the ordinary. The film opens with slow, panning shots of the ship floating through space, computer systems coming on line, and the crew waking up. For them, this is just another day of routine work right up until they realize they're no where near home and that they have to go investigate a hostile, alien world. 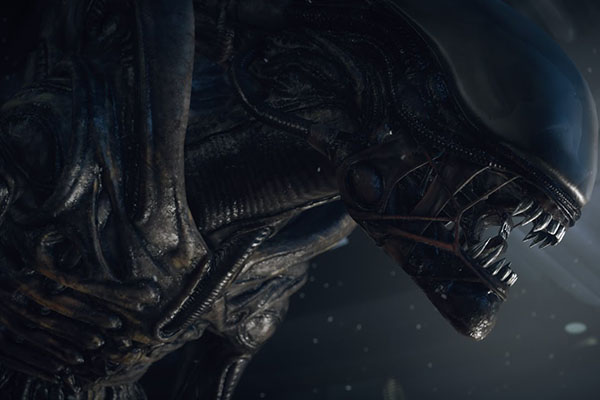 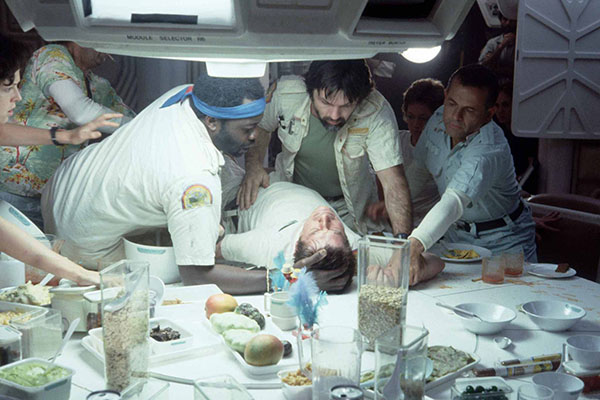 The first time you watch the film, that slow burn really pays off as the long, detailed shots start to give way to spikes of action. It's not until the half-way point that the film really lets loose, but by then the deep, overriding tension has already settled in, making everything about the film feel off. When aliens start bursting out of people and the crew gets picked off one-by-one, the tension has given way to terror and the film has converted itself fully into a horror movie. Our crew gets reduced to a "final girl", although a bad-assed one with Weaver's Ripley (one-movie into her transition into the toughest action hero this side of Rambo), and it's just a matter of time before either she wins the day, or the entire crew is wiped out.

Going back, having seen the film a few times, the biggest issue I had with it was that the story really builds to the surprising bouts of violence -- the facehugger egg, the chestburster sequence, and final confrontation -- but when you already know the story those shocking moments don't carry the same weight. As a horror movie fan, once I know who's going to die and how, I have to rely on the elaborateness of the kills, the amount of gore as the killer claims it's victim, but that's not how Alien works. Even after the beast is revealed, the movie continues to use it sparingly, punctuating long sequences with short bursts of alien carnage. There's not a lot of gore for any of the kills, and most of them aren't elaborate or drawn out. I wouldn't call them rote, but they certainly aren't thrilling.

It's a weird thing to realize while watching a horror film, but I was actually more interested in the first half of the film, with the slow build up to the eventual beast, than I was by anything that happened afterwards. The alien is just kind of there at a certain point, a over-powered killer that's going to do its job as efficiently as possible. The alien is much less interesting than the mystery of the planet, no matter how cool the creature looks. I found the energy of the film draining away in the back-half of the movie, and along with it my attention.

I also found it odd that despite how iconic the alien is (everyone knows what a xenomorph looks like at this point), the alien is barely seen in the film. I'm sure much of that was due to low budget effects and cheap puppetry (and rubber suits). It's just odd to me how little we see of the beast as it hides in the shadows before leaping out. Sure, a good rule of horror is to hide your beast, to imply what it looks like instead of showing it to build tension. For Alien, though, we know what it looks like, and the few shots we get of it reveal it completely. Being able to see more of it, to get a real sense of it's size, it's power, would have made the horrifying moments land harder for me. 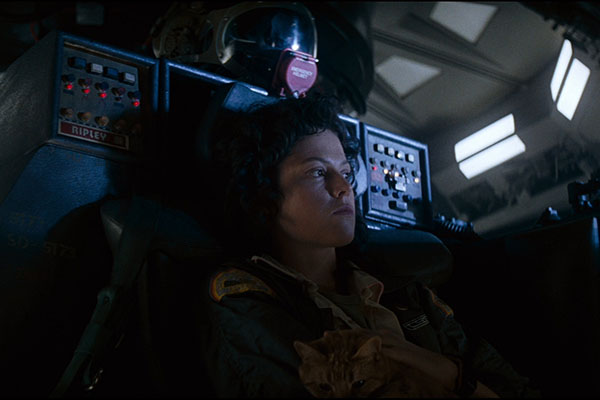 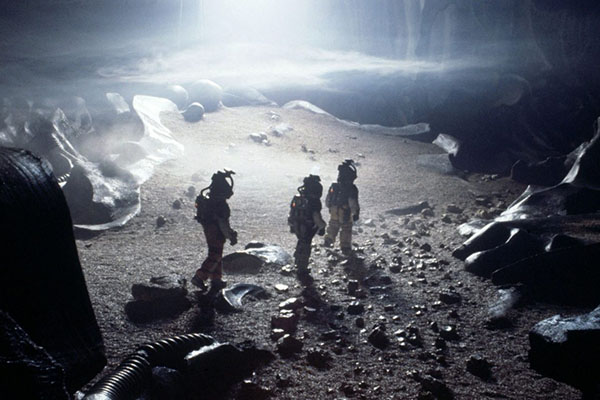 Make no mistake, Alien is iconic. It's got a beast unlike anything that had been seen before, an efficient killer that strikes quickly and fades away. The first time you watch the film it'll make quite the impression -- it's a great film to watch once. But once you've seen the movie, going back to it doesn't have that same thrill. It's less shocking, less terrifying, and less interesting.

Maybe that's why everyone talks about the sequel more than the original. If Alien was a first draft of where the series could go, the 1986 sequel Aliens created a propulsive, action-packed film out of the universe, one that can be watched again and again. Of course, we'll get to that film next...