Well That Was Certainly a Movie

Let's assume you're Fox (the movie studio, not the woodland mammal). You have two sci-monster franchises at your disposal, and the two have crossed over in various media. In 2004 you launched a crossover film franchise linking the two properties officially. That film, Alien vs. Predator, does fairly solid business, earning nearly three-times its $60 Mil budget back at the box office. While the film was not a critical darling, it was dumb and fun and enjoyed by fans. Considering all this, what is your next move for the series moving forward? 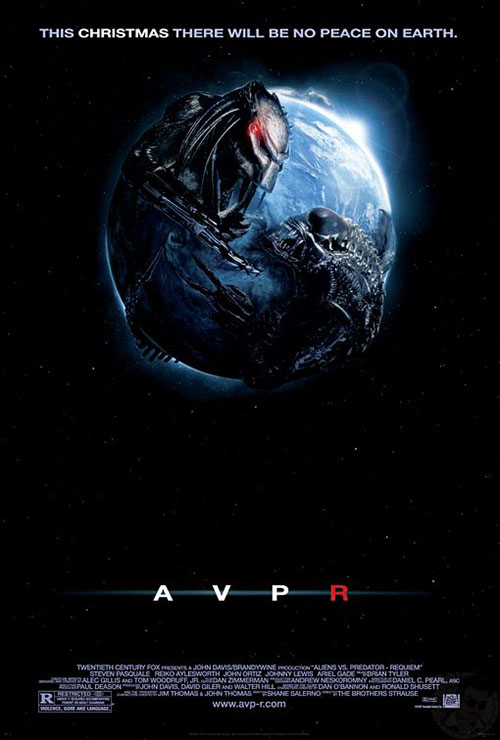 If your response was to hand the second film to a pair of relatively unknown brothers, slash the budgets, and quickly rush the film into production, then congratulations: you have what it takes to be a Fox executive. Released in 2007, the second (and so far last) film in the AvP series, Requiem, is a shoddy, awful affair. Although once again successful at the box office, the film was bad enough that most fans turned against it and, even now, it's considered one of the low points for the entire Aliens v PredatorOriginally two separate franchises, the Alien and Predator series came together first in a series of comics and video games before, finally, Fox Studios merged them together is the Alien v Predator film franchise. mega-franchise. And, remember, this is a series that contains the absolutely hated Alien 3. How do you manage to make a film worse that that entry?

Well, to start, you have to show absolutely no skill with shot composition, lighting, or other basics of cinematography. Requiem takes place largely at night, a contrivance used to shroud most everything in the film in darkness. This is usually done on films to cover up the cheapness of sets and/or props, shrouding everything in shadow to cover up obvious flaws. In the case of the film, though, everything must have been an obvious flaw and it's hard to see anything at all with all the darkness and shadows all around the film. This is a film with not just Aliens and Predators but also a new hybrid creature added to the mix. It's pretty hard to see all that, though, when they're constantly covered in darkness, obscuring anything that's going on. It's honestly hard to tell the Aliens apart from the Pred-Alien hybrid, and then harder still to distinguish that beast from Predator.

This is only exacerbated by the fact that everything is filmed in very close, tight shots with a lot of choppy editing (again, all techniques to cover up failings in the budget and cheapness of props and sets). These close-quarters shots mixed with the darkness means that all the action is impossible to follow. Often I'd see one creature or another die, get confused as to which one it was, and then be surprised when suddenly a beast was back up, running around again. I can't blame it on poor shot continuity, this is all in the way the film is shot and edited. It's incomprehensible most of the time.

I could maybe forgive this if the story were any good -- trying to make a sci-fi epic with three different creatures on a $40 Mil budget was a losing proposition no matter how good the directors might have been (not that they're any good -- the Brothers Strause have directed a lot of critical failures in their short careers. The issue is that even ignoring the monsters -- the supposed big draws of the film -- the movie itself has barely any plot or characters or anything to care about. Things just happen, character die for no real reason, and then the movie ends. 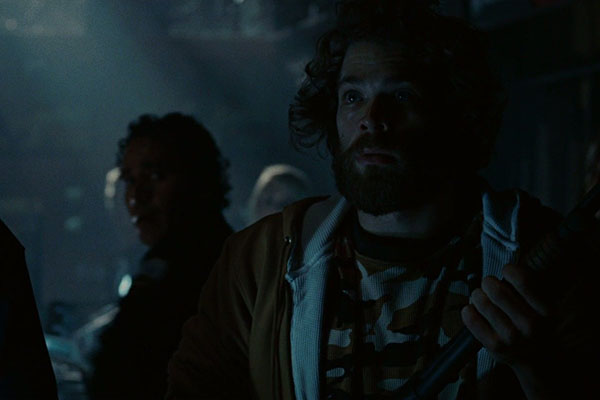 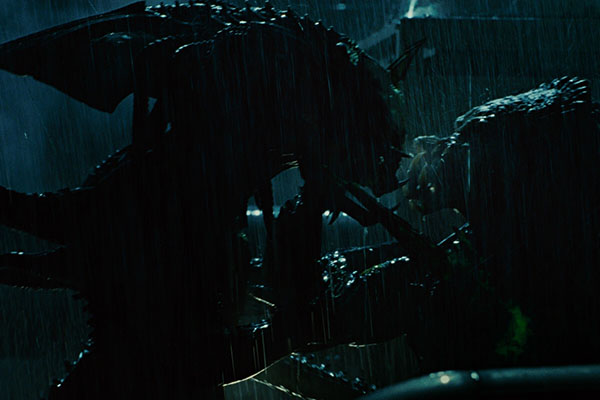 To summarize: one guy, an ex-con, comes back into town after spending his three years in prison. He's buddies with the local sheriff, and the two tool around town for parts of the film. Oh, and the ex-con has his kid brother who is having his own issues in school -- the kid loves this girl, but the girl is dating some jocks, and the jocks love to beat up the kid. Everything is largely set aside, though, once the monsters show up and people start dying left and right. All these plot lines for the various characters, from the ex-con trying to find a job to the love story between the kid brother and his lady, come to nothing by the time the film ends. They are story beats that exist to go no where and do nothing.

You will notice that I don't bother listing any characters' names. That's because none of the characters are memorable. I also don't list the actors' names because I wouldn't consider anything that happens in the film to be acting. It's just a bunch of running around, shooting at CGI monsters, and then dying. The human characters aren't memorable, or interesting, or there to do anything else than run from one set piece to the next before one of them dies.

The biggest cop out in this regard is the love story between teenager and his lady. She is tiring of her boyfriend, but really like the ex-con's brother. She dumps the jock, the two lovebirds hook up, and then the jock (and his friends) show up to beat up the kid. Aliens then show up, though, killing two of the jocks, and then eventually they get the ringleader. It's not like the jock learns a lesson, or the ex-con's brother gains any insight from all of this. Nope, people die because the movie needs a body count. But we have a final girl, right? The lady love clearly is going to survive the film. Wrong again. After the two get together and flee the aliens, their love story is completely dropped, and then she gets axed in the last act. No resolution, no reason. She was there to be eye candy and then die. By the time the credits roll, the teen has already gotten over her, forgetting her name like we all just did.

It then leads me to wonder what the hell the point of it all was. While the classic Alien and Predator films gave us sci-fi romps, this film is essentially a small town slasher flick with a high body count and absolutely no art to its interpretation. If you took the Aliens and Predators out of the film and just slapping in any random, faceless slasher killer, the plot would have been essentially the same. The sci-fi tropes of it barely play a part at all, and they certainly don't add to the story or the action, as there isn't any. 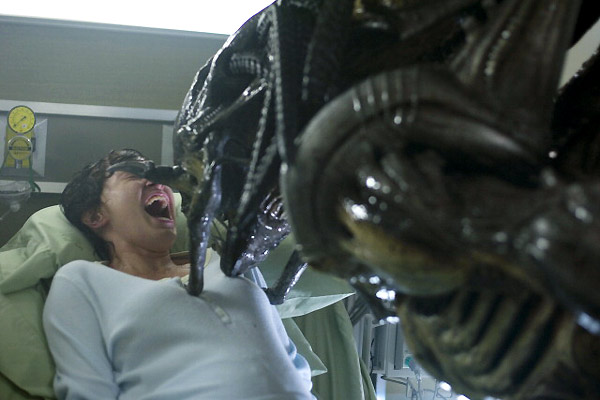 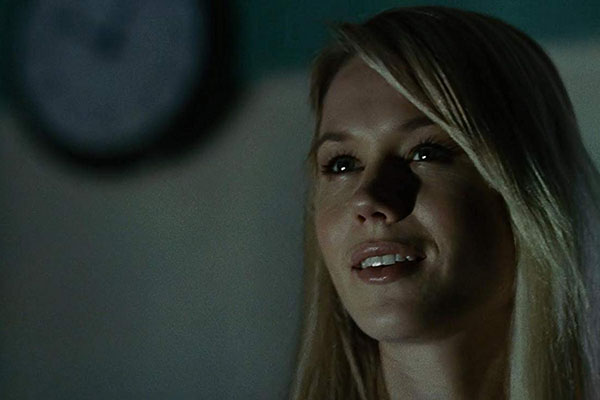 About the only creative thing the film does at all is the Pred-Alien, a creature that sounds cool in theory even if we never get a really good look at it in the film. The Pred-Alien is not only an xenomorph hybrid, but it can also lay its own eggs, kind of like a queen. The weird thing is that it's not a standard Alien queen -- instead of laying facehugger eggs, the Pred-Alien finds pregnant women, shoves a proboscis down their throats, and then impregnates them with a bunch of little stomach-bursters (presumably with the aliens eating the fetus in the process). Why does it have this ability? Does it come from the Predators and is this part of the Predator mating cycle we somehow haven't seen before, twisted up by the xenomorph ecology? And is it specifically pregnant humans or could any other pregnant creature suffice?

I hope you weren't waiting for answers to those questions because the movie doesn't provide any of them. Like so much of the film, it's a plot point that's highlighted and then dropped, never to be explained or mentioned again. It just happens, and then the film moves on to a different, dark set-piece we can barely see and can't understand.

By all metrics Alien vs. Predator: Requiem is a terrible film. I haven't done ranked scoring on this site in years, but I seriously considered bringing it back just for this film. If I used letter grades (A through F), this film would get an F-, if not a G or maybe an R. Out of a score of 10 I'd give it a -4 at a minimum. It's a terrible, awful, stupid, poorly made movie and I truly hope I never have to watch it again.

If we're all truly lucky Fox will never make a third film in this series. I don't think I could take it.