Why Are You All So Stupid?!

And here we are, the second (and so far) final prequel to the original Alien. As with Prometheus, Alien: Covenant is setup as a tale of the creation of the Alien species, a movie designed to answer any lingering questions we might have about the species. But, also like Prometheus, the one question the film fails to answer is, "why did you feel the need to make prequels?" 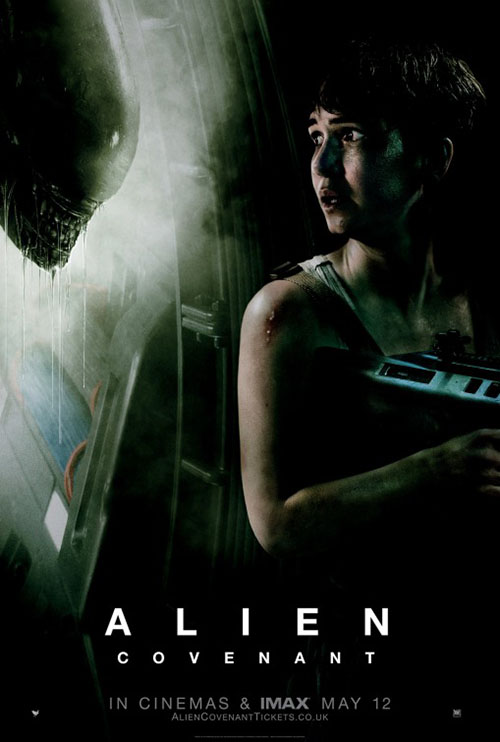 Picking up 10 years after the events of the previous prequel, Alien: Covenant tells the tale of the USCSS Covenant, a century ship (well, really, decade ship, but the basic principal still applies), sent out to colonize a distant world. Stocked with 2,00 colonist, a handful of actual crew, and another 2,000 embryos (all frozen for the journey), everything seems fine for a while as the ship slowly travels through space. Guarded by Walter, another Weyland-Yutani synthetic life (and, like David in the first movie, Walter is also played by Michael Fassbender here). Unfortunately, a freak spacial disruption causes a problem on the Covenant, systems start failing, and the captain (locked in cryo-sleep at the time) is killed. The rest of his crew has to pick up the pieces and get the ship in working order.

Curiously, while working on the ship, the crew receive a transmission, potentially from a human colony on a planet outside the scope of the crew's initial survey. Reviewing the location of the transmission, the crew find a planet very hospitable to their colonization needs. They go to the planet to investigate and see if this planet is too good to be true. Of course, this is an Alien movie (this time with "Alien" right in the name), so clearly it is too good to be true. This is soon revealed when the crew runs across David, who has been on this oddly dead planet for ten years, alone and slowly going mad. Oh, and apparently he's breeding xenomorphs, perfecting their species. So, yeah, this won't go well for anyone involved.

In many ways I didn't hate Alien: Covenant nearly as much as the first prequel. Prometheus is a deeply flawed movie that never can quite figure out what kind of movie it wants to be -- is it about the Space Jockeys (or Engineers, as the prequels call them)? Or humanity's quest to find their creators? Or the aliens? It's all of those things, and none, and it never comes to any kind of satisfying conclusion. Covenant at least commits to creating a proper Alien story and, sure enough, within minutes of setting foot on the planet people start dying and aliens are getting born. The movie doesn't try to sugar coat what it is and I appreciate it more for it.

It also has no problem with being a gory, disgusting mess. There are two early alien births, back to back (with a little pun intended there you'll understand once you see the movie), and they're both blood-soaked events. Both of these sequences, and a couple of kills later on, feature a decent mix of CGI and puppetry, often having tactile thrills for the gore, making it all feel more real. Plus, even if you've seen the original Alien movies, these sequences will still surprise you because the aliens don't function quite like you expect them to. I will credit the film since it does capitalize on the notion of being a prequel, finding new ways to present the aliens since they haven't, yet, matured into the species we expect. 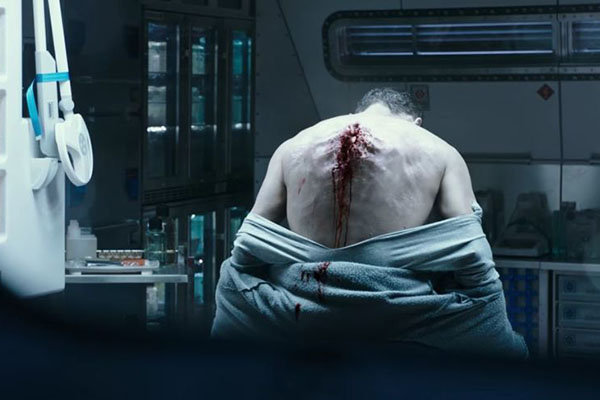 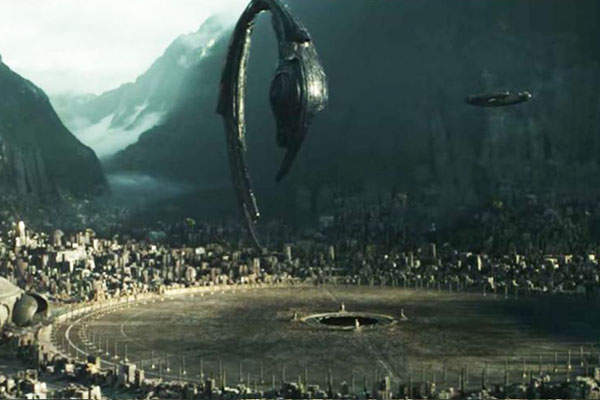 And, really, I also have to credit this movie (and, really, Prometheus before it, for effectively rebooting the two Alien vs. Predator movies out of continuity. While I didn't hate the original AvP, the sequel, Requiem, is beyond terrible and I'll take two middling Alien prequels over them any day. So, thank you, Fox, for ignoring those movies entirely.

Still, despite the good gore and interesting effects, Alien: Covenant doesn't do a whole lot to justify its existence. Part of that problem comes from the fact that the characters never become real people in the script. The film is chock full of characters, easily 15 or so primary players, but because the movie gets to the killing pretty quickly, we never find out much about most of them. A smaller crew, with more identifiable personalities, would have gone a long way to making us care about the characters as, by that same token, we would have felt the gory, disgusting deaths more. Kills have a greater impact when we've bonded with the character dying, but we just don't care about anyone in this movie -- they're all fodder.

There's also the fact that everyone in the movie is so, so stupid. I get that they aren't supposed to be soldiers -- they're the crew of a colony ship that are also going to be colonists themselves -- but when a planet is so clearly broadcasting a "keep out" warning, maybe you should have stayed away. I know, personally, if I were to get a random, creepy message from a mysterious planet I'd never found on any of my scans before, my first instinct would be to fly as fast I could in the opposite direction from the planet in question (and maybe also wipe all the logs so no one has to know where were there at all). Instead, everyone on the ship says, "hey, this random creepy planet with the toxic ion storms constantly floating above it seems like a great place to set a colony. Really?

And then, once the aliens appear, everyone continues to act stupid. Despite David being played to feel creepo-mode by Fassbender, everyone instantly trusts him. He's clearly a villain, but all the crew are like, "yeah, this guy seems legit. Let's go into his house of horrors and no question anything." The second-in-command (and acting captain) even goes so far as to place is face over one of the suddenly opening xenomorph eggs right after getting a speech from David about how he crafted this murder-death species that has slowly been picking off the crew one by one. David assures him it's perfectly safe, and he believes the creepy robot! 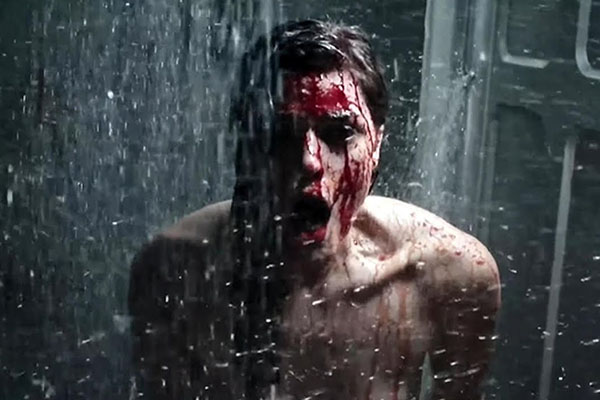 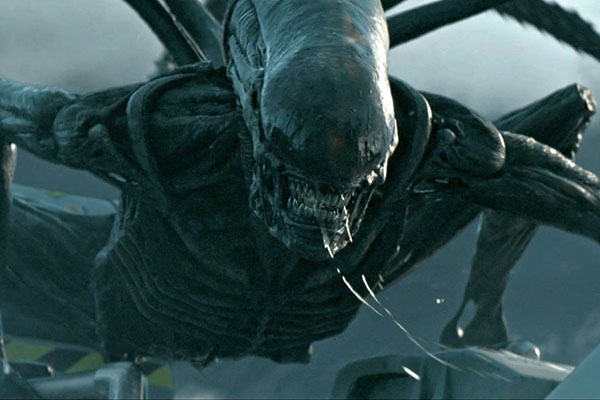 But then that leads back to the central point of the movie: the creation of the aliens. This is where I really have to question the movie. Sure, we finally get some answers here when we learn that the weird proto-xenomorphs from the first film have been cultivated, cross-bred, and engineered by David to be pretty close to the xenomorphs we know from the original films. It's his fault, all because he's... well, I guess just because he's insane and he can do it. There's no real motivation for him beyond that. The Engineers created the aliens as a biological weapon, but David just seems to like playing with the species as a kind of hobby.

And I have to wonder: does knowing that an insane Weyland-Yutani robot created the modern xenomorphs change our understand of the alien species at all? Does it illuminate some nagging questions we had from the previous movies? No. The simple fact is that the aliens in the original films are so effective because they're so foreign -- they come out of the dark, a creature as foreign to us as they could be, and the horror of them is in not knowing what they are or what they want. By explaining their origin, the movie is able to engineer some new, gory surprise scares in this film, sure, but it weakens the overall impact of the alien species as a whole. They didn't natural occur, a freak species from a trouble Mother Nature. No, they're just a biological weapon created by an alien species and made more effective by an insane robot.

On it's own, Alien: Covenant is a half-way tolerable movie. It's not great, sure, but there are much worse films in the whole series. And yet I can't say that it's at all a necessary movie. It doesn't provide much new, and all it does is once again diminish the impact of the original film. Prequels are tough films to make, and as this movie clearly illustrates, sometimes it better just to not bother at all.

I really hope Fox just leaves well enough alone at this point and doesn't bother to make another film in this franchise. Haven't we all suffered enough?