You Can't See Me!

This weekend Fox Studios will once again be launching an attempt to kick-start the Predator franchise. It seems like every few years this give this idea a go. From a corporate stand point it makes sense: they have an IP, it made money at least once, so they should be able to get it to make money again, right? Well, I don't know about that. Going back and watching the first Predator movie, it struck me that maybe making that kind of movie twice in the same series really wouldn't work at all. 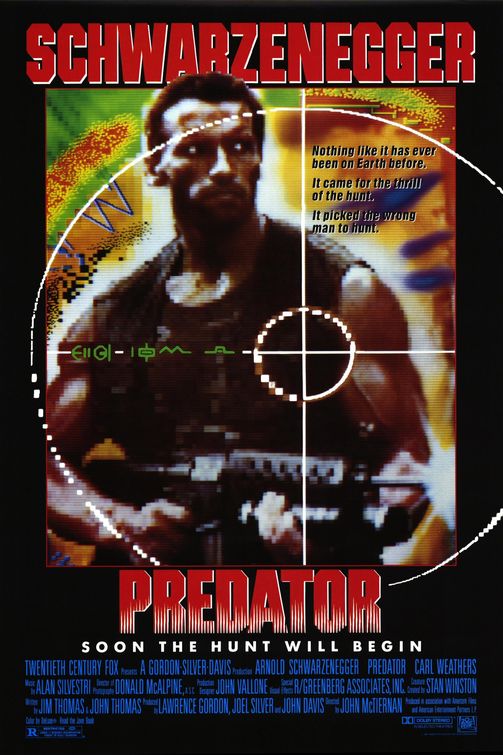 The original Predator is a tale of 1980s excess, a commentary on the films of the era as much as one of their ilk. The film stars Arnold Schwarzenegger, one time Governator, once and future Terminator, and in this film Major Alan Schaefer, aka "Dutch". Dutch is a para-military guy, leading a team of merc-types that get called in for rescue operations. They're called in to rescue a high-level government official being held in a Central American camp by real bad dudes. So they go in, do the job, only to find out that there's no government official there. Instead, it's an intelligence gathering op, and the whole team has been duped. That would be bad enough, but then crap really hits the fan as members of Dutch's team get bumped off one by one by a mysterious killer out in the jungle. It's the Predator, an alien with ultra-advanced tech, and he's there for sport, a big game hunt where the animals being targeted are us.

The thing about Predator is that it doesn't really start off as a sci-fi film. Aside from a couple of early shots of an alien spacecraft, the film is much more in the vein of an 80s action movie. It features all the trappings you'd expect from any other Arnie film: big dudes with big guys shooting off said guns, and their mouths, while explosions and bullets fly. It features an incredible dumb opening act that does nothing more than show you how big and bad these American soldiers are. They're each their own Rambo, the star of their own movie, and if this were any other flick, they'd be the only one to make it out of the jungle alive, probably with a woman on each arm and they fire their guns into the sky.

But then that's the point. These guys are the best of the best, a whole collection of Rambos, and then almost immediately they're turned into scared little boys when the alien hunter comes a 'calling. If these guys, these Rambos, are scared of the alien, how bad-assed is that alien? Put another way, the Alien is the hero of some "Predator Rambo" film and we're watching it from the wrong angle.

This version of the film stuck out to me throughout my entire recent watching. The idea jelled into my head the first time Jesse Venture (as Blane) came on screen with his giant muscles and his big-ass chain gun. And then to watch him get offed by the Predator before it made some kind of creepy noise, disappearing into the jungle after that, I realized the strange perspective the movie had. Blane got knocked off and the Predator quipped but we didn't get to understand it because we don't speak his language. It mirrored a scene earlier when Arnie offed a guy with a knife and then said "stick around", but his moment was played for humor while the Predator's was scary, all because of perspective. 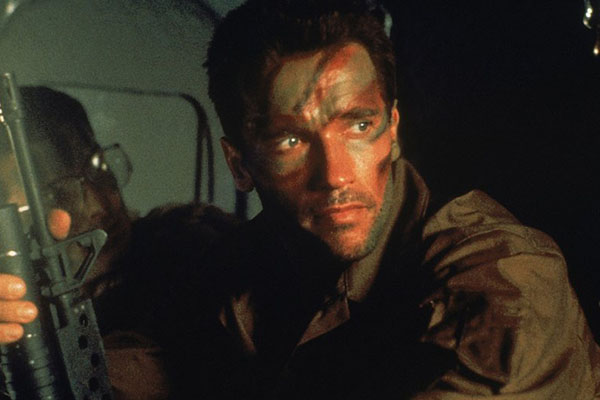 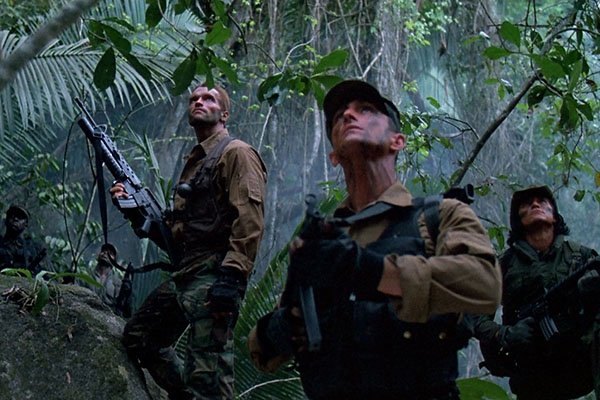 It even extends to the end of the film where Arnie and the Predator have a showdown, one last, big fight. Before the fight can begin, though, he removed his weapons and his mask, revealing his true face. In another other action movie, this would be the point where the hero takes on the villain in one last bout of honorable combat. And yet it's the Predator that dies because he's the villain somehow. We cheer because Dutch makes it out alive (although by the end of it even Dutch doesn't seem all that happy about how it all played out -- more shell shocked than anything) but it was the predator who, right up until the end, was the superior action hero.

It's a perspective on the film that I have to think was intended, even if it was in a subversive way. It's like the film makers wanted to carry the film to such parodic extremes that once the alien started cutting through the humans, the laughed turned cold in your mouth. Well, unless you're me, apparently, as I start cheering for the alien because he seems like the biggest, baddest dude in the room. He's the hero, right? The one guy on an honorable mission while everyone else is cloak and dagger in the jungle.

So how do you make a sequel to that and have it compare at all to the original. You clearly can't just make the same movie again as the joke of it only really works once. Not that Hollywood hasn't tried. We're going to watch and discuss the rest of these movies after the weekend, and we'll see how of them try to sequelize the original, but suffice it to say that none of them every quite caught the magic of the first film. Each missed part of the point in attempts to play up the alien factor of the villain and the heroic qualities of the protagonists. The original didn't care about that at all -- everything we know about the Predator comes from what it does or what the humans think are it's motivations. It never once speaks a line of dialogue we can understand, never explains who it is or what it wants. It just kills, and kills, and kills everyone that's a threat to it because that's what it wants to do. 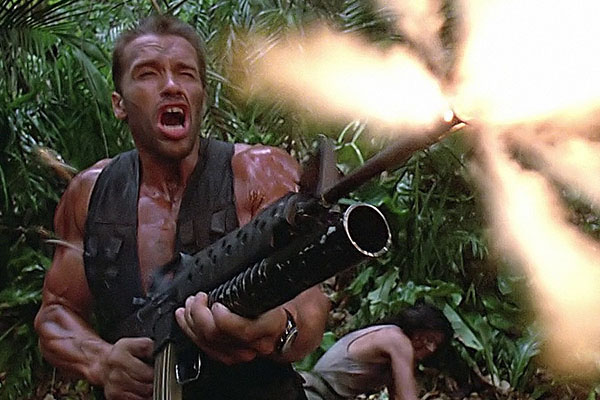 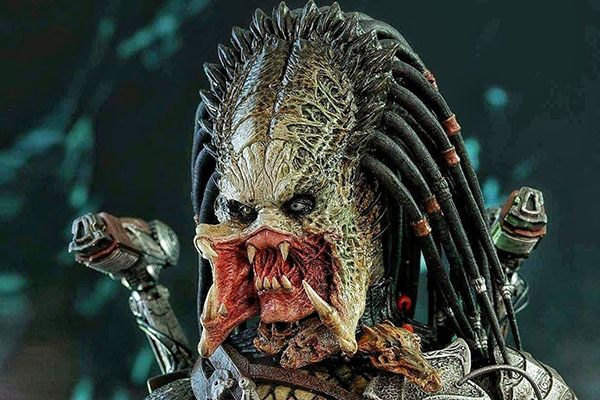