The Frustrations of a Lack of Discovery

I've been steadily going through the whole of David Fincher's oeuvre, and it's hard to argue with the idea that he's the master of telling serial killer stories. We're not talking Slashers, movies made simply to introduce a cast of (generally) thinly developed teen characters all so they can be wiped out. No, Fincher made a name for himself with a different, more cerebral kind of work, finding a way to study the sociopathic from a remove while still finding the horror of what they did. A film about a serial killer feels different when it's directed by David Fincher. 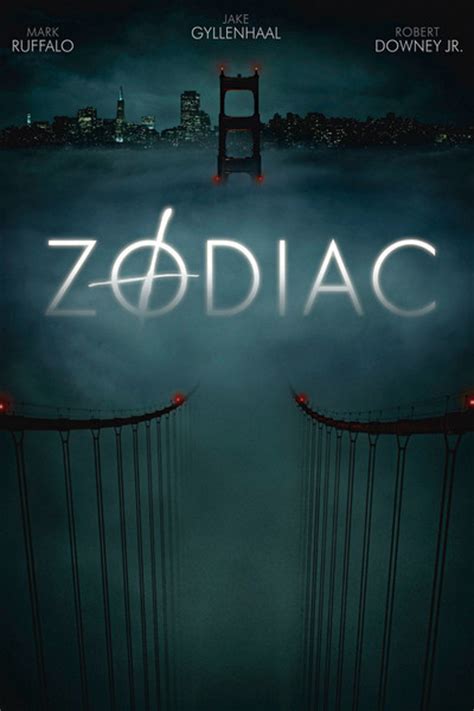 Although his first theatrical film directing gig was on the generally reviled Alien 3 (with Fincher having directed music videos and other smaller stuff before then), his "break out" directing gig was most certainly on Se7en, the film about two cops hunting down a serial killer executing people in the manner of the Seven Deadly Sins. From there he made a movie about a guy with a pretty sociopathic alter ego, Fight Club, and has since revisited his own little genre of cold and awful people again and again: The Girl with the Dragon Tattoo, Gone Girl, Mindhunter, and House of Cards. Hell, I'd even throw The Social Network in there as it's subject is that same kind of cold, calculating sociopath.

Considering his defining stamp on a a whole genre of film it's no surprise that the director would at some point take on one of the "great" serial killers. But instead of going after any of the one that had been caught, providing a natural film with a proper beginning, middle, and end, Fincher took on a subject that is covered in mystery, a case that was never solved: the Zodiac killer. Its an interesting subject to cover as, unlike other stories the director could (and has) filmed, there wouldn't be any "happy ending" to be had in this film. Unlike in the fictionalized version of the events (seen in Dirty Harry, which is name-checked in this film), the real Zodiac was never caught and while some think they know who the real killer was there simply wasn't enough evidence to get a conviction (or even really be sure). All of that is in the film, making is something of a deconstruction of the kinds of film Fincher would make. Fans of the director's work would expect a certain kind of story and then Fincher swerves, defying what they want to give a true account of the events around the killer.

In the years of the late 1960s and 1970s the Zodiac killer (as he used to call himself) murdered six people in and around the San Francisco area. Although the killer took credit for more crimes, over time it was suspected that many of those other crimes were committed by other people and Zodiac was just trying to keep his name out there. What was known was that certain crimes -- a double shooting, a double stabbing, a shooting in a cab -- were certainly the work of the killer. In his letters that he wrote to the three major San Francisco newspapers Zodiac provided details about the crimes that only the killer could have known, and at times also provided evidence (blood soaked rags) to prove his crimes. He also sent along cyphers, elaborate word puzzles that, supposedly, would tell authorities who he was if they could figure them out.

Caught up in this whole fervor were key investigators of the case: Paul Avery (Robert Downey, Jr.), reporter for the Chronicle; Robert Graysmith, cartoonist at the Chronicle (and self-proclaimed guy who is "good at puzzles"); Inspector Dave Toschi (Mark Ruffalo) with the SFPD; Sgt. Jack Mulanax with the Vallejo PD and many, many more. Through it all we watch the cops go after a number of suspects, setting on one specifically -- Arthur Leigh Allen (John Carroll Lynch) -- without ever being able to pin anything on him in particular. The case sits, evidence gets screwed up, years go by, the murders stop, and it's hard to know who the killer might be, let alone whether they will ever be brought to justice. The only person still working the case years later was Graysmith, putting it all together to get his "best guess" as to who the killer could be so he could put it in a book, just as a way to get some closure one way or another. 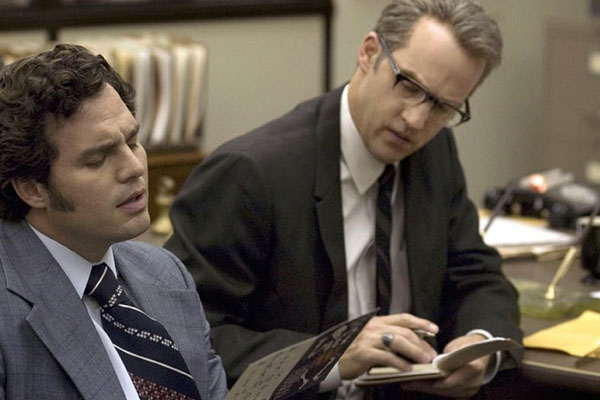 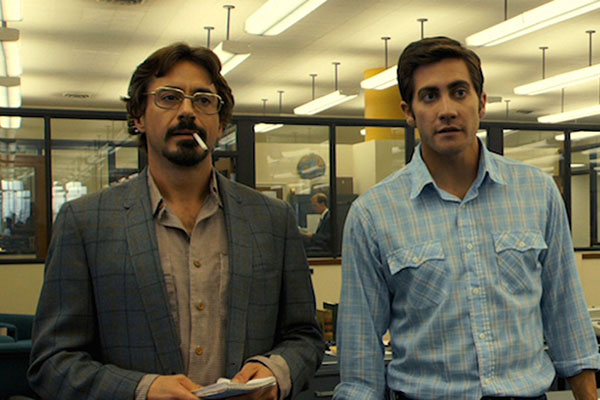 As a serial killer film, Zodiac certainly defies expectations. It starts with a few brutal crimes (the stabbings are particularly churning to watch) which one would expect from the genre. But then it stops, just like the murders in the actual case. Zodiac one day just stops killing people, an unusual move for a serial killer to make, and then the letters dry up. From there, instead of watching some kind of gleeful, blood-soaked thriller we're treated to a very clinical, very dry examination of the case. It's like the director sucked you in with the splashy bits (some pun intended) so he could get you in seats and tell you his real story.

The point of Zodiac is obsession, but not the obsession of the Zodiac, his compulsion to kill. If anything, the film makes it clear that killing wasn't about obsession but the game with the media. He liked the attention, the mystery, the spotlight it cast (even if he never got to officially stand in it). No, the obsession comes from all the people studying the case, the way it consumed their lives. Graysmith, effectively the main character of the film, certainly suffered the worse from this, losing his marriage, losing friends, and then losing his job all over it. He had to know who the Zodiac was and damn everything else.

You can see a certain amount of the director in this as well. Fincher grew up during the time of Zodiac and followed the case as it was going on. It became something of a back-burner obsession for him and it's clear that he poured that passion into this film in his normal, Fincher way. This is a cold and calculated film that comes alive when our "hero", Graysmith is on the screen. He acts as a kind of director surrogate, if you will, feeling the passion that the director (and I assume, the passion the director hoped the audience would feel too) for the case.

It's a movie that certain defies expectations, that's for sure. Characters cycle in and out but there's hardly a solid narrative to the piece. We may follow Graysmith but huge stretches of time will bounce between his scenes (in one case, a full four years pass in a single title card) keeping us at a reserved from the lives of the characters. Graysmith is who we focus on but the real main character is the case and we only learn as much about that as is factually true (or, at least, true from the book Graysmith wrote, which also serves as the basis for this movie). 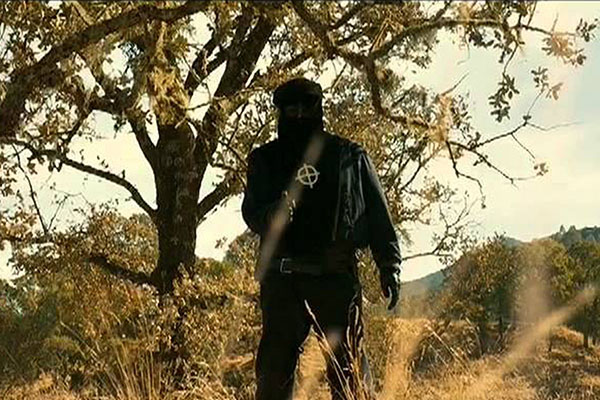 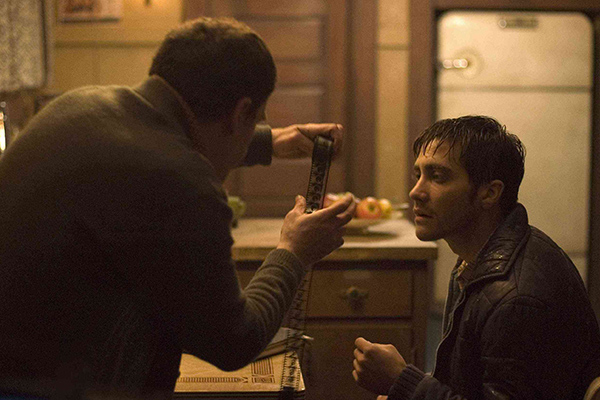 In a way Zodiac is a very obtuse film. It makes the case very well that it's impossible to know who the Zodiac really was. All the circumstantial evidence might have pointed to Allen but that's not the same as conclusive proof, and plenty of other suspects were studied and raises as possibilities. The movie does make its case that it was Allen, but there's just enough doubt sown that we could never be sure. Even now, amateur code breaks have taken stabs at the cyphers, seemingly coming up with other suspects than Allen. We simply will never know and the movie, despite it's end title cards stating it probably was Allen, shows that the case never will be closed.

As a deconstruction of the whole genre, though, Zodiac is brilliant. It shows Fincher's same masterful cinematography, that same attention to detail he puts into all his films. He uses the tropes of the films he's made before to tell a clinical story that feels perfectly of-a-piece without actually having the same level of terror or chills. This is the cold, hard facts presented for the case, playing at being one kind of movie all to suck you into something else entirely. And no one but Fincher could have pulled off a feat like that.