Is Mark Zuckerberg a good guy? Likely he's someone on some kind of spectrum of something, and certainly he has a face you want to punch any time you see him in photos or videos. There is no doubt that he's a brilliant programmer, and he did launch a site that is worth mega-billions at this point, but none of that really answers the question: is Mark Zuckerberg a good guy? If you were to ask that question ten years ago you might have decided that the answer was somewhere in between misunderstood genius and raging sociopath. I think if you asked that today, seeing the kinds of evil that social networks in general, in Facebook in particular, can facilitate, and the fact that the Zuck seems to okay with all of it, I seriously doubt most people would consider him a good guy anymore. 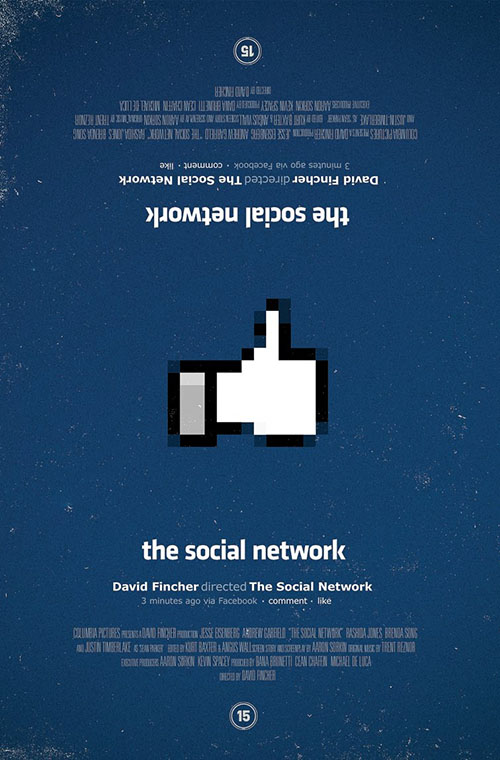 This was something I thought about as I was watching The Social Network, the 2010 film written by Aaron Sorkin, directed by David Fincher, and scored with a killer soundtrack by most of Nine Inch Nails. The movie tries to hedge its bets, letting Jesse Eisenberg (as the Zuck) waffle between raging sociopath and sad-sack who just wants everyone to like him, all while setting a coda where someone literally tells him, "you're not an asshole." That might have been the message of the film a decade ago, but now it's a little harder to swallow.

That's not to say that the film is bad by any stretch; it's a David Fincher film with one of the better Aaron Sorkin scripts. It's a slick piece of media that tells a strong and compelling story. It's also, though, mostly fiction, depicting events as if they really happened when the best that could be said for "evidence" of those events are third-hand accounts. It's a film set for a very specific time and place, made at another very specific time and place, and it can't be viewed like its anything approaching non-fiction. It's a really good movie if you can divorce yourself from reality, but that's a hard thing to do when you see just how far Facebook has its fingers in everything now and just how much of a raging asshole Mark Zuckerberg really is.

The film depicts the rise and, well, rise of Facebook, from the early days of Zuckerberg make a "hot or not" site -- with the help of his best friend Eduardo Saverin (Andrew Garfield) and coding buddy Dustin Moskovitz (Joseph Mazzello) -- to his time kind of working on social network site "The Harvard Connection" before launching "The Facebook" and growing it into a massive, million-user-strong social network. Through all that we also catch glimpses of two different depositions about two cases filed against him; one by his best friend who (as we eventually see) he screwed out of the company, while the other case was filed by the Winklevoss twins (both played by Armie Hammer), who had the idea for "The Harvard Connection" and Suck, quite frankly, stole that idea for his own site.

What the film asks, and never really answers up front, is whether this all makes Mark a bad guy or not. He's played early on as a raging sociopath, mind you, fucking people over as he gets drunk, works on his websites, and slanders a girl Online because she broke up with him. The film never denies that his site was inspired by what the "Winklevi" (and the film puts them) came up with, and it also never denies that he screwed over his best friend. But still it tries to paint Mark as a misunderstood guy with, maybe, some impulse control. But the villain of the piece? The guy that made billions with Facebook? Noooo. Certainly not. Right? 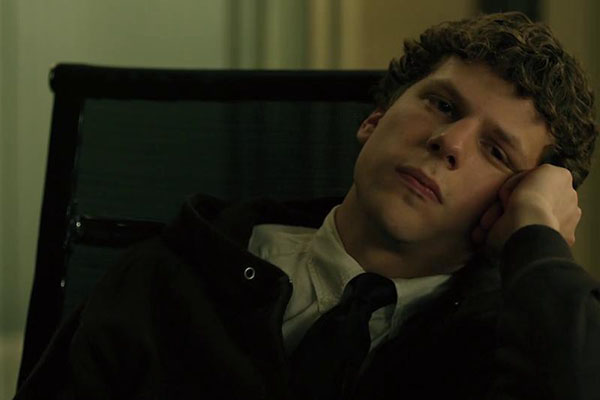 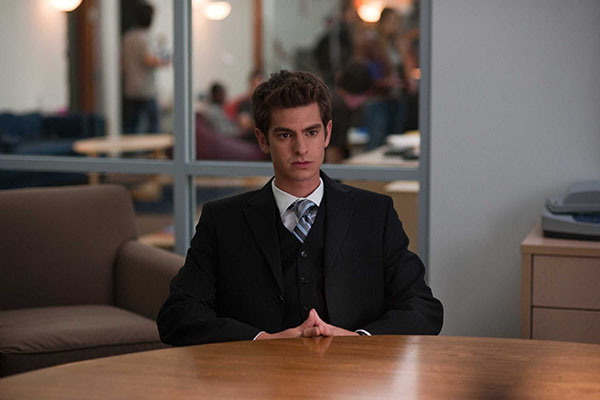 This is why I say it's a work of fiction because, from any other perspective, Zuckerberg would be the bad guy of his own movie. In fact, I find it really weird that the film goes out of its way to try and paint him as anything else. In act, none of the principal players in the movie had anything to do with the film itself (or the book, The Accidental Billionaires, that the film was based on as even Eduardo eventually stopped talking to the author). That makes the films soft handling of Zuckerberg even more baffling. This could have been a searing indictment of the man, but instead if goes all "kids gloves" on him right at the end, letting him off the hook somehow because he's willing to settle the lawsuits. "He just wants friends, man."

But if you view this not as a film based on real events, but as just a tale of a guy with a good (stolen) idea that he makes into a massive company, it's actually a pretty fun watch. Sitting through the film, I actually started enjoying it as an origin story for Lex Luthor (also played by Eisenberg) from Batman v Superman: Dawn of Justice. This is how he got the money to make Lexcorp, but creating a massively successful website that could then harvest everyone's data and use it for whatever he had planned next. He became a world-conquering villain not through violence but by creating a product that everyone in the world wanted for themselves. And then he decided he had to kill SupermanThe first big superhero from DC Comics, Superman has survived any number of pretenders to the throne, besting not only other comic titans but even Wolrd War II to remain one of only three comics to continue publishing since the 1940s.. That last part wasn't in The Social Network, but it's the next logical step.

That's the issue I had with this film. As a work of fiction, as a slick Hollywood production, this film is stupidly watchable. It has catchy dialogue, slick presentation, and great actors bringing it all together. David Fincher knows how to make a great movie, and paired with this script, this film is probably one of the best movies of its type ever made. Hell, it's ranked on a number of "Best films of the 2010s" lists, and it's for good reason; it's a really watchable movie that feels far shorter than its two hours-plus run time.

And yet, at the same time, it's queasy watching a film like this that, despite thinking the lead guy is a bit of an asshole, still glorifies him all the same. It's like Silicon Valley, except instead of the leads being fuck-ups that never quite get their product up and running, it's a guy who can't stop being successful. It'd feel like satire, in a way, if it wasn't about a real person who, from everything we can see about him now, it a real asshole (right up there with other assholes like Jeff Bezos and Elon Musk). And the film just kind of lets him skate. 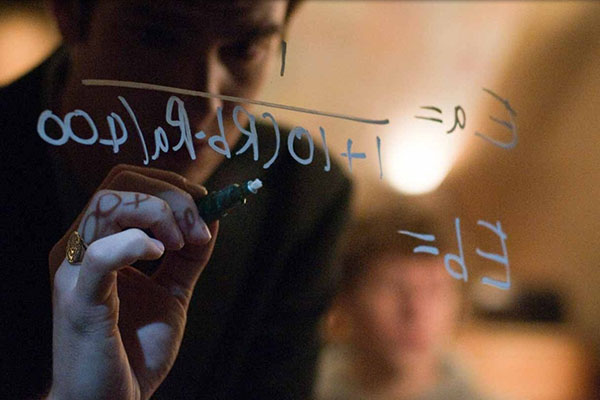 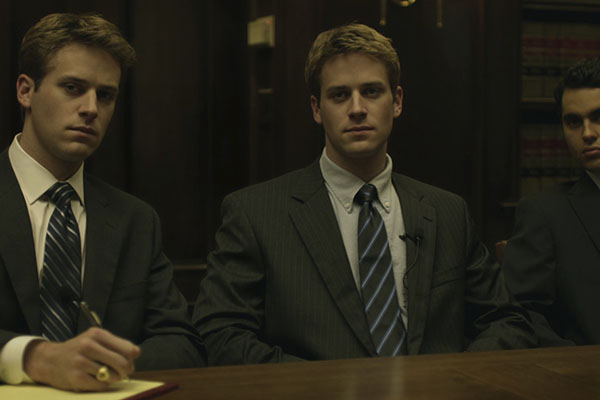 I don't think I can go back and watch this film again after this. It's really, really good but also really, really hard to watch at this point. It needs to be one of those films where "the names and faces were changed to protect..." well, everyone in the audience really. You shouldn't root for this guy because he's a raging sociopath, but the film actually kind of makes you like him, in a way. He's the villain but he skates away, off to be an even bigger villain over the next ten years. It's the film's strength that you don't think about that the first time you watch it, but it's also the film's greatest weakness that, once you stop and think about it, you realize the film is complicit, in a way, in making Zuck seem a little less like the monster he really is.

Supposedly many of the people involved -- Sorkin and Eisenberg at least -- are interested in doing a sequel about the next decade of Facebook. If they do I really hope they don't like Zuckerberg off the hook this time. I dunno how good a film about "billionaire gets to be even bigger billionaire" actually could be. The film needs a villain and Zuckerberg is right there. We just have to hope that if a sequel happens, the creative team behind it realizes they need to stop treating him like he's also the hero of the piece.