David Fincher has a directorial style that can only be described as "immaculate". Yes, his films (and shows) are generally filmed from a reserve, and he tends towards tales about cold, awful people (in one form or another), but at the same time his filming style creates scenes and stories that function as works of art. When all of that comes together it leads to a film that sucks you in; you can get lost in a Fincher movie because he plays with you, creating compositions that can, at times, make you forget you're watching a film. 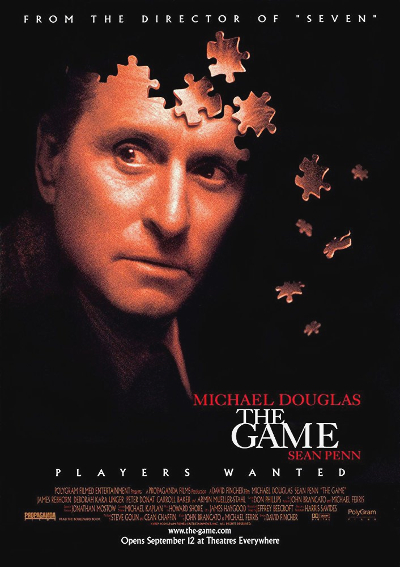 When I went back and researched Mad Max: Fury Road (not a Fincher movie, but bear with me) I learned that director George Miller and Cinematographer John Seale purposefully kept all of the action in the middle of the frame. That meant that the eye never has to movie between shots and, in turn, it keeps the flow of the film more immersive. Going through and watching a number of Fincher's films now -- The Social Network, The Girl with the Dragon Tattoo, and now The Game -- I've noticed that Fincher does the same thing. It's obviously a conscious decision but it does work: it keeps you locked in the story without even realizing it.

In the case of The Game, a tale about a man stuck inside an immersive "entertainment experience" that just keeps unfolding around him, the immersion of Fincher's directorial and cinematography requirements really pay dividends. This is a movie that benefits fully from the immersive experience, from keeping you locked in and always guessing. The minute you stop thinking about the fact that you're watching a film, that's when The Game has its hooks in you. It really is masterful.

Released two years after Se7en, The Game forms a kind of grungy trilogy with that serial killer thriller and follow-up Fight Club. All three feature men that (whether they realize it or not) are searching for a place for themselves in the world. They don't quite fit, and their sense that they don't belong ends up being a driving force behind the actions each ends up taking on their adventures. Of course, each of them also have enough twists baked into their stories to make M. Night stand up and take notice. Hell, The Game could basically be called "The Twist, the Movie."

In the film we're introduced to Nicolas Van Orton (Michael Douglas), a ultra-rich investment banker who, basically, has no one in his life. His closest associate is probably his housekeeper Ilsa (Carroll Baker) as he doesn't even really talk to his brother, Conrad (Sean Penn), and drove away his (now ex) wife, Elizabeth (Anna Katarina). When his 48th birthday rolls around, though, it puts him in kind of a dark place -- his father killed himself when he turned 48 and Nicholas was the one to see it happen (his dad jumped off the top of their mansion). Nicholas, clearly, had been carrying the darkness of that moment with him ever since, and now his 48th birthday is bringing up all kinds of nasty feelings (whether he wants to admit it or not). 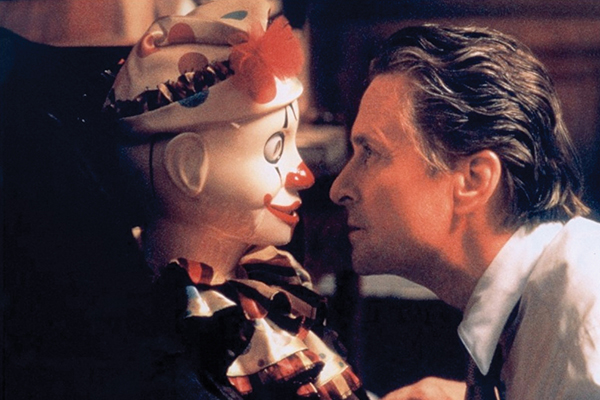 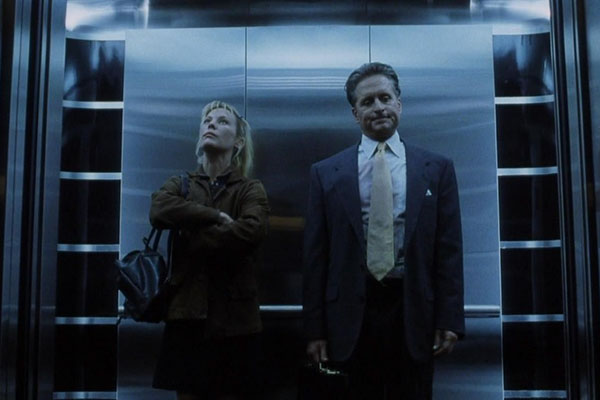 Meeting with his brother for lunch the day after his birthday, Conrad gives Nicolas a birthday gift: a certificate to CRS, an entertainment company that creates "life changing experiences". Nicolas only ends up at CRS on a fluke, but he elects to go in just because his brother talked it up so much. Asking what the team does, all that the spokesman for CRS, Jim Feingold (James Rebhorn), will say is that, "ever game is different." Nicolas is just intrigued enough to sign the contract and go through the tests, and then the game begins and... well, to say any more would ruin every twist and turn of this wild adventure.

The Game is predicated on one concept: that the characters in the titular game never know who is part of the game or what the ultimate goal may be. There are hints that everything is done for a purpose, but whether that purpose is to entertain or to fleece Nicky is left up to the audience to figure out right up to nearly the end of the film. The movie does have a solid resolution, and it explains everything once it's done (in a great moment, absolutely), but the whole point of the film is to keep you guessing the whole time, never sure what's real or what's an act.

Credit is due to writers John Brancato and Michael Ferris as they wrote a twisty little head-trip of a script. The fact that the story never drops its cards, keeps everything close right to its chest right up until the last few scenes, is a testament to their script. This is a film full of rabbit holes on top of rabbit holes, with Nicky stuck descending another level at every twist and turn. But the fact that it all has a reasonable explanation, and goal, makes it all the more impressive. This is a film that loves to pull the carpet out from under you, but it never feels unfair about it. Every twist and turn is, in its own way, earned and resolved.

It helps that Michael Douglas is great at playing the kind of character the film needs. He can do the quiet, reserved, detached from the world leading man -- think Wall Street and A Perfect Murder -- but he can also get crazy and wild-eyed when the plot keeps dumping on him -- Basic Instinct and Falling Down. Hell, this film was probably written with a note like, "Nicholas Van Orton, a Michael Douglas part," as he fits into it perfectly. 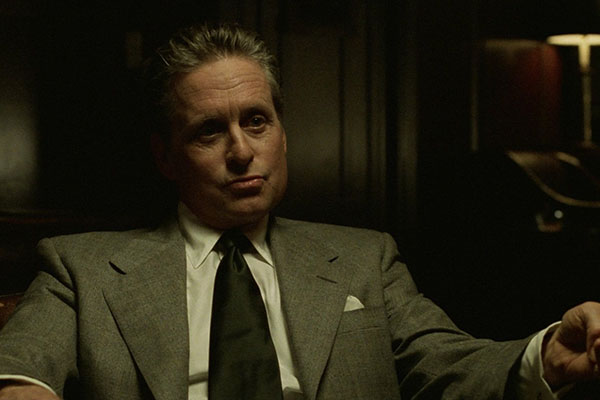 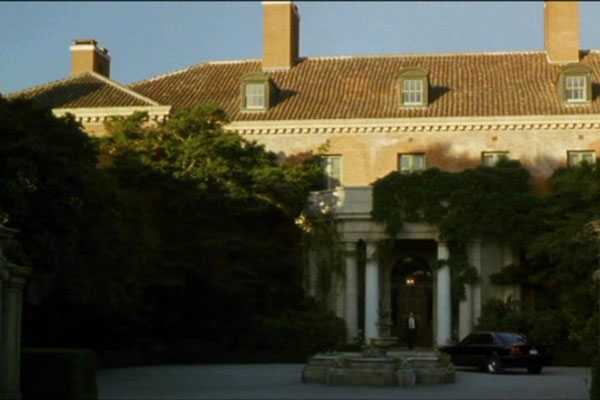 And, of course, there's Fincher behind the scenes, keeping all the wheels on this cart moving forward. This film has two jobs: keep you invested and never let him, and the way Fincher directs this whole show meets both of those goals perfectly. This filming style, as I said, keeps you invested, but he also knows how to keep action moving forward, to trim scenes down to just what's needed, to keep it all propulsive and engaging. It's hard to think of a director that would have been better suited for telling this tale than Fincher.

This period of Fincher's career generally focuses on his two bigger films: Se7en and Fight Club. Those were massive cultural hits where The Game was only a moderate hit ($109 Mil against a $70 Mil budget). But I think, of the three films, The Game holds up best. Yes, it's a twisty movie where once you've seen it once you know the story, but that doesn't change how interesting all the pieces are, nor does it remove from the performances and the masterful way it's all put together. This film was the sleeper hit of Fincher's career but it's also the one that has the least baggage attached to it and is easily the most watchable.

Fincher has made a lot of strong, interesting movies. It was with The Game, though, that I think the director really showed just how he could control a film and masterfully tell a story. It's not as famous or as glitzy as other films he's made but it is more skillful and more interesting. From this period of his career, The Game is easily my favorit film from Fincher, hands down.