Hard to Get Over that Girl

Great movies are hard to follow up. This is true in just about every series and for every good follow up (The Empire Strikes Back, X2: X-Men United) there are any number of much weaker sequels (The Search for Spock, Ocean's Twelve). The pressure to follow up a solid movie with an even bigger and better sequel can, at times, just be too much. 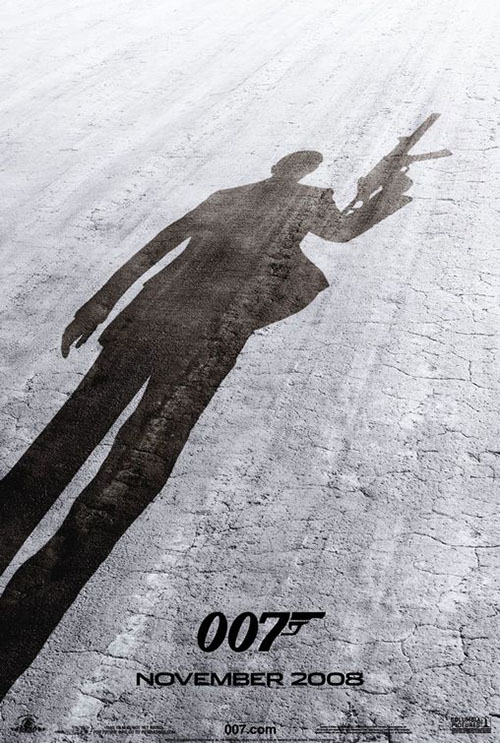 2006's Casino Royale was a phenomenal film by just about every metric (action, cinematography, acting), so there was a lot riding on the line for its sequel. And its not as if the argument could be made that they didn't expect the 2006 film to require a sequel; these are James BondThe world's most famous secret agent, James Bond has starred not only in dozens of books but also one of the most famous, and certainly the longest running, film franchises of all time. movies so they always have sequels. The producers went into Casino Royale assured they'd have more adventures to tell after (you can't put down Bond), so all the sequel, Quantum of Solace had to do was continue the trends of the first film and continue to deliver the experience promised by Casino Royale.

There are fans that would argue this with me (and we'll get to that), but for me Quantum of Solace, the 22nd film in the franchise, is a solid continuation and pretty damn good sequel. Is it as good as the first film? No, probably not, but that's only by degrees. Getting that just right mix of actors and story together to delivery a gut punch spectacle twice in a row is hard. Harder still, in fact, when you're already killed off Eva Green's character who was an absolute highlight of the previous effort. How do you move on from that?

The answer is that you don't. When the sequel starts, Bond is still reeling from the death of Vesper, the woman he loved. He's a man on a mission, looking to find the people behind the evil organization that was blackmailing Vesper into working for them (the organization, don't call it SPECTRE yet, will keep showing up in these films), so he's burning through one person after another until he can find the true leader of this shadowy corp. His target this time around is Dominic Greene (Mathieu Amalric), a seemingly philanthropic billionaire who, in reality, worked behind the scenes of many third-world countries to topple their regimes and get rich off the chaos. You know, the usual megalomaniacal plotting we expect from these films.

In tracking Green down, first in Europe and then Bolivia, Bond pairs up with Camille Montes (Olga Kurylenko) a Bolivian agent on her own mission of revenge. Montes's parents were killed in front of her when she was a young girl, a deed performed by the evil Bolivian General Medrano (Joaquín Cosío). And it just so happens that Medrano and Green are working together, thus putting these two agents, Bond and Mendes, as allies to take down two evil men and save the country of Bolivia from total anarchy. 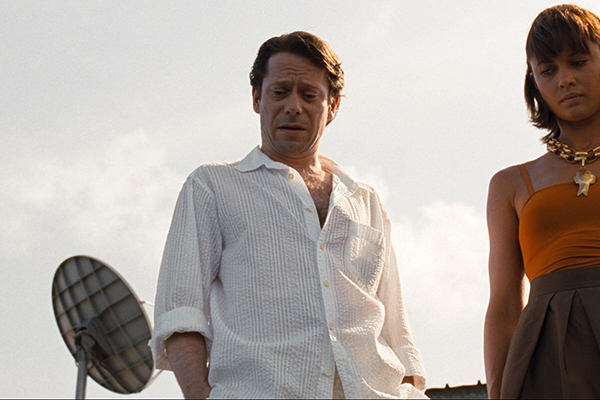 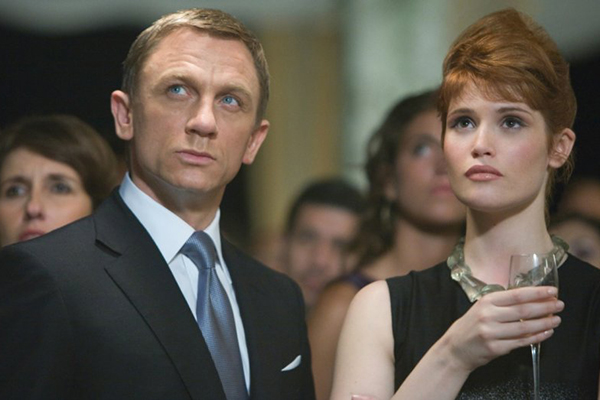 As far as sequels go, Quantum of Solace had a lot riding on its shoulders. Critics were mixed on the film when it came out (as were fans of the classic series), and most found the film too gritty, too real, as if that was somehow a bad thing. Admittedly, those looking for a classic bond film in the vein of Connery or Moore were going to be disappointed. If the goal was to slowly turn Daniel Craig's version of the character into the gadget happy, quippy playboy of old, Quantum quickly squashes that. This is a film that's still dedicated to trying to reinvent Bond in the Bourne aesthetic.

That's not to say the film manages to stay completely away from the gimmicks of old. While Kurylenko's Montes is the main Bond Girl, James does still manage to have a fling with another cast off woman, Gemma Atherton's Agent Fields (of MI6). Hell, she's even a Bond Girl in name as well, with the awful full name of Strawberry Fields (right up there with Pussy Galore, guys). Plus, of course, we have the low-wattage Green as our villain, and the complete cookie-cuter evil General Medrano, both of which tick the villain boxes on the standard Jame Bond Bingo card.

At the same time, though, the film still continues to do good work on pushing the series forward, to try and keep things ground and real (as a solid competitor for the Bourne series). Montes is a great character, rich in background and solidly performed by Kurylenko. She's strong and capable and an equal in skill to Bond, and the pairing of the two of them gives the film double the steely-eyed power. It's great.

If I have one issue with Montes its that, in all honesty, she should have been played by an actual Latina since the character is multi-generational Bolivian. Kurylenko is fantastic in the role, don't get me wrong, but would it really have been that hard to find a Latina actress to handle the role instead of finding a French (by way of Russia/Ukraine) actress, forcing her to learn a new accent and then putting her, effectively, in brown face for the role. I didn't realize that's what the producers did until I started researching the film, but once I noticed it I had to knock a couple of points off. For a film that came out in 2008 that's a surprisingly bone-headed casting move. 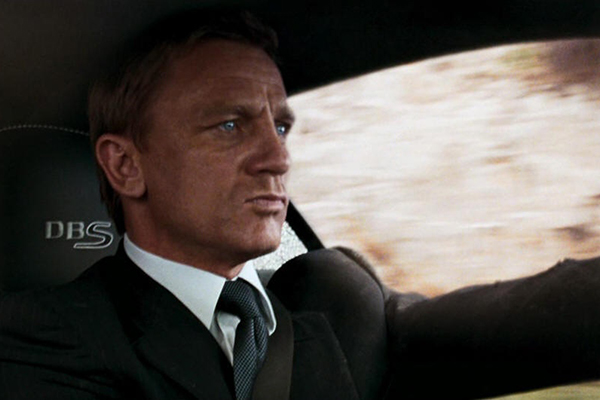 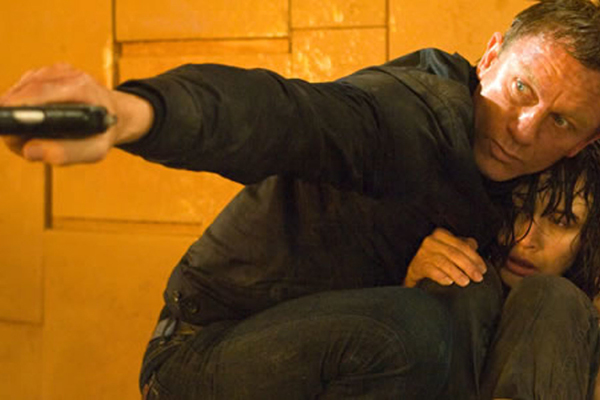 Craig, of course, is great. If anything, he finds deeper points of darkness to take his character, putting up stronger walls and making Bond even more elusive and distant. Vesper commented that Bond often put up walls and you can see them here, especially strong and hard to break down. That's what makes his few moments of actual emotion so solid, the times where he purposefully lets the guard of Bond down so he can be a person just barely peeking through. And then he beats the shit out of someone, which this film continues to show spectacularly.

I watched these two films, Casino and Quantum recently along side The Bourne Identity and The Bourne Supremacy because I wanted to compare the two and see how each followed up its main film in its continuation. And I have to admit, I think Quantum of Solace did a better job as a follow up. Both films are about hard-hitting men who suffer a loss and then go for revenge against the people behind the scenes. The reason Quantum comes out ahead for me is not just because of the cinematography (which thankfully doesn't follow Supremacy down the ungodly shaky-cam path) but also because it lets the main character process his grief (slowly, ever so slowly) to come out slightly different in the end. I wish more films could find this kind of depth for their heroes.

So, no, Quantum of Solace is not a perfect movie, and it is a little weaker than the film that came before. And yet I think as far as the life of the series, the story its telling, and the overall goal of these two films (and what they promise for the future), Quantum is the film me needed. Its a solid, ass-kicking good time with a hero that has a mission we can all get behind. That's two-for-two in my books so far leading me to rank Craig as the best Bond, by far.