Who Am I? I Really Wanna Know!

By the early 2000s it really seemed like the espionage genre had gotten pretty staid and boring, as if there was nothing new that could be told with the stories. That was in large part because the James BondThe world's most famous secret agent, James Bond has starred not only in dozens of books but also one of the most famous, and certainly the longest running, film franchises of all time. had yet to find new, fresh life, once again telling the same old stories the same old way. And while Tom Cruise had always shown a willingness to try and kill himself on film in cool stunts, the Mission: ImpossibleIntroduced in 1966, the original Mission: Impossible featured a team of agents (with varying skills) heading out into the field to solve puzzle-box like cases on a weekly basis. This simple concept spawned a long-running series, a second series in the 1980s, and a hugely successful movie franchise starring Tom Cruise that continues today. were horribly silly and pretty dumb at that point. The whole genre needed a real shake up. 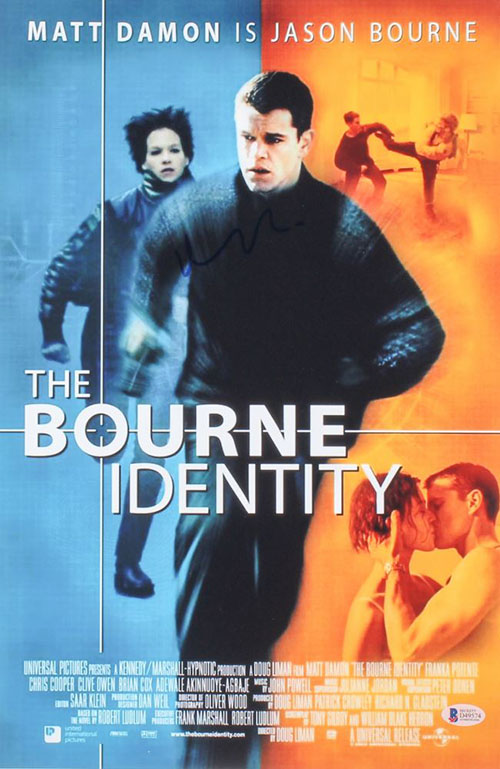 I don't think anyone expected that the genre would be turned on its ear by a film starring Matt Damon. Up to that point the Damon was mostly known for starring in indie dramas where he was the sensitive, misunderstood loner (such as Good Will Hunting, which he also co-wrote) or the goofy comedic underdog (such as his recurring part in the Ocean's SeriesAlthough the franchise began back in the days of the Rat Pack with the original Ocean's 11, the franchise truly gained prominence with the Clooney/Pitt-starring, Soderbergh-directed Ocean's reboot series from 2001. The daring criminals would go on to have several cool and stylish capers through the series, redefining the heist genre in the process. films). The few times he tried to step outside his comfort roles (such as in The Talented Mr. Ripely) the results were unmemorable to say the least.

2002's The Bourne Identify was something else altogether. Although it was an espionage film, it really played more like a mystery, using the trappings of a CIA conspiracy to tell a much more personal tale about a guy, a girl, and the connection the find together over his lost identity. Viewed from that angle, with the whole espionage plot line stripped away, you suddenly see exactly why Matt Damon was the perfect guy to play the role (at least in the first movie, anyway).

In The Bourne Identify we find Matt Damon's character (nameless for the first third of the film) floating in the ocean when a group of Italian fishermen pull him out. Their doctor find two bullet holes in the nameless man's back, plus a weird little laser pointer under the skin of his hip. He patches up the man and, over the course of a couple weeks (with Damon's character helping out on the boat) the nameless guy slowly tries to piece together what happened as, for some reason, he has no memory of his life before waking up on the fishing boat. And, when the answers start coming together, he really doesn't like what he finds out.

In Switzerland, where the laser pointer leads him, he finds a safe deposit box loaded with a ton of cash, a gun, and multiple passports all with his own face on them and multiple different personas. He bums a ride off a nice German woman, Marie Kreutz (Franka Potente), facing her own financial straits, paying her twenty grand to take him to Paris, the home of the first identity in the pile: Jason Bourne. But there the two are attacked by an assassin. And then they find their identities spread across the new with every police force after them. Soon they figure out that Bourne was a one-man CIA hit squad and the reason he was in the drink was due to a failed assassination attempt. Soon Bourne will have to fend off all the CIA has to throw at him while trying to keep Marie safe, in an attempt to extricate himself from the CIA web and find a normal life he can live away from all the violence. 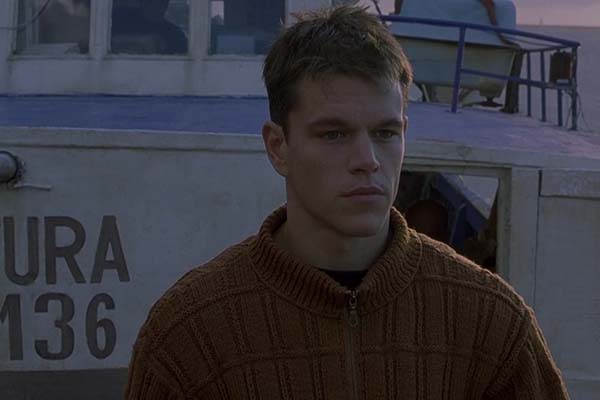 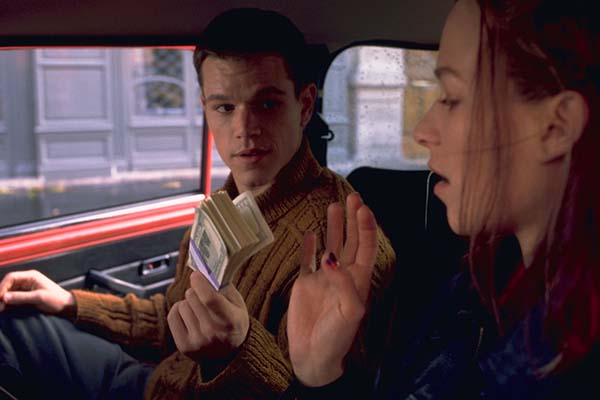 The primary reason that The Bourne Identify works so well is because it finds a new story to tell within the espionage genre. While it has a similar dynamic to the James Bond movie -- Bond and his Bond Girl -- it functions very differently in Bourne. Jason has no allegiance to any of his handlers, no love for king and country. Since he doesn't remember anyone from before his life he's dedicated to the only person he knows at all: Marie (when she says she doesn't want him to forget about her, he replied that he couldn't as she's the only person he knows).

Its the connection between Jason and Marie that really carries the film. Bond will have his moments with each of his girls but, over the course of the original series only one woman (Tracy) ever got close enough for him to care much about her past a single film. It's usually less a love story than an expedient lust story (as befits the fantasy of a playboy secret agent). Jason and Marie, though, slowly fall in love over the course of their whirlwind adventure, finding a genuine connection as the bullets and bombs go off around them and people keep coming for them. You can tell they care about each other and, through that, you end up caring about both of them.

That's one of the things espionage movies that came out after this first Bourne film took to heart. You can see it in the love story between Bond and Vesper in the recent Casino Royale or Ethan and Julia in Mission: Impossible III, both of which use the love story to motivate and enhance and otherwise pretty basic espionage tale. Before Bourne the women were either disposable or secretly aligned with the bad guys (and disposable), but afterwards they started getting treated like real characters.

And then there's the action which, in this first film, is top notch. There are a number of fantastic set pieces, from an early fight with an assassin in Bourne's Paris apartment, to a car chase that comes after (that's positively thrilling), and then a later duel in a field between Bourne and another assassin. The movie knows how to space out the action, to build to it, and then how to use the setup and execution to make a solid, powerful set piece. The action in Bourne is dynamic, it has crunch. Most importantly, you feel like the actor is really doing everything as there's never a cutaway to a green screen shot or an obvious rear projection. Again, these are things other films in the genre started doing after this film's release. 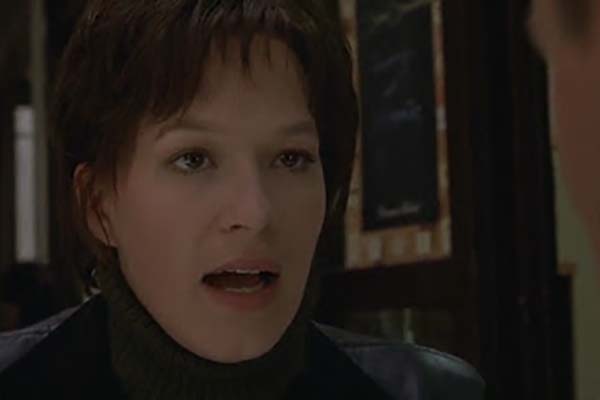 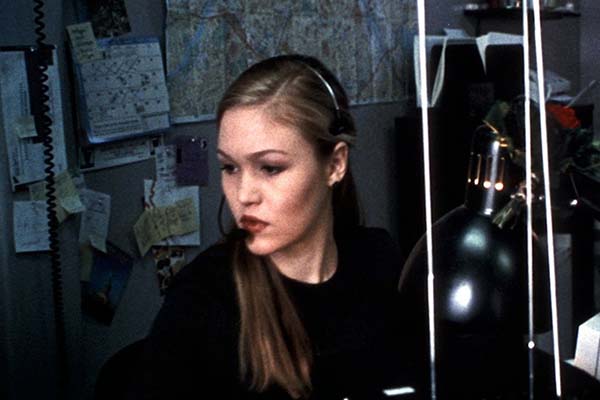 That said, not everything about the film is perfect. The action is, sometimes, a tad choppy, with that early 2000s aesthetic of hand-held cameras and a lot of cuts that were supposed to emphasize the action (but usually ended up muddling it some). And, frankly, the last act of the film is a little slow and not quite the climax the film needed. Bourne sends Marie away and goes to take on his handlers, the CIA group Treadstone, on his own. While this is a necessary plot point for the conclusion of the story it does lose the dynamic that drove so much of the film. It feels lesser, somehow, even if it is expedient.

Still, even within its own series, The Bourne Identity stands as a high water mark for the genre. Even its sequels haven't quite managed to recapture the magic of the original tale (not for a lack of trying, mind you, and plenty of iterations to attempt it). There's a magic quality about this first film in the series that makes it absolutely watchable and hard to replicate. It's a stellar film and basically better than any other film to come out in its own series.