As much as people argue that Tome Cruise is the main attraction of the Mission: Impossible films, the real draw of the flicks is to see how each director takes the M:I concept to craft their own kind of film. As we've already seen going back through the series, Brian De Palma was able to make M:I into a euro-thriller with action movie aspirations for the first flick. John Woo then followed that up in the sequel by making the most John Woo movie John Woo possibly could out of the bones he was given. 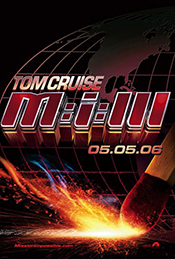 For the third movie the reins were passed off to J.J. Abrams who, up until that point, was best known for his weird TV shows like Alias and Lost. He hadn't yet entered into his "I can make anything in any series" phase of his career, but this third film in the M:I clearly kickstarted that for him. While De Palma and Woo really wanted to make movies in the vein of their usual fare, Abrams seemingly came in just to make the most popcorn friendly blockbuster he could. While Abrams has certainly been accused or taking elements of the franchises he works on and recycling them (see: Star Trek Into Darkness, Star Wars, Episode VII: The Force Awakens), M:I 3 doesn't feel like a retread of what came before, and that's great.

Movie three picks up some time after the events of the second film (ditching the love interest from that film, sorry Thandie). After an in medias res opening section (that we'll get back to in a bit), we catch up with Ethan Hunt (Cruise) who has settled down, now working as just a training agent for new recruits. He's about to get married to a woman named Julia (Michelle Monaghan) and doesn't ever want to go back in the field. Unfortunately, one of his agents, Lindsey Farris (Keri Russel) is captured by a bad dude, Owen Davian (Philip Seymour Hoffman), and Hunt is called back into the field to rescue her. When that mission goes south, Hunt goes after Davian, and the events of the movie from there transpire to ruin his happy existence for good.

Although I remember disliking the first two films back in the day, the M:I 3 was the first of the movies I can recall genuinely enjoying, and a lot of that comes down to the fact that the film doesn't get mired in details. We don't have long scenes of the team sitting around, planning their missions. Every scene feeds to the next and, very often, it's one action scene after another. Pretty much from the point at which the first action setpiece is begun (the rescue of Lindsey from where she's being held), it's one action moment into another into another. I wouldn't say it's one long action sequence, as we do have some moments of pausing here or there (so it's no Fury Road), but of the initial trilogy it does feel like the most action-y, the most propulsive of the set (and that's with the second one being directed by John Woo, no less).

M:I 3 also feels the most like a spy movie. The M:I have always been action movies dressed up as spy flicks, but this film really dives into the espionage aspects. There are multiple capers pulled, from the opening rescue to a mid-way kidnapping, a burglary, and then a couple of good chases. There's also plenty of espionage trappings, from microdot messages to hidden cams and secret records, plus a whole lot of double-crosses. If you like your spy films more twisty and less linear, this film at least gets you there more so than the films that came before. 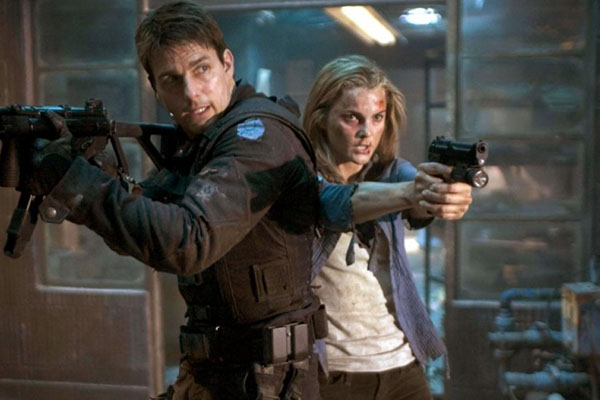 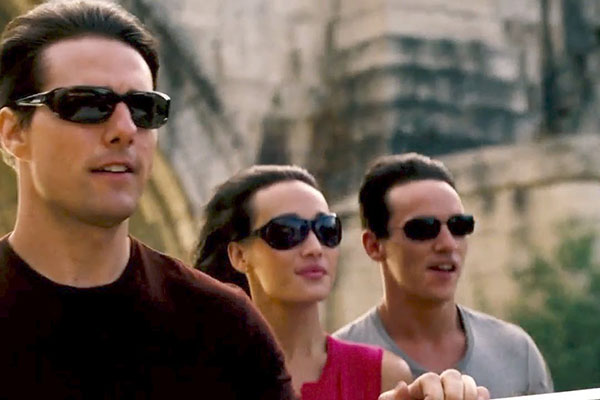 Although a lot of the credit should be given to J.J. Abrams for crafting a better M:I than we'd seen before. We also have to acknowledge that Tom Cruise gave a series best performance (up 'til now, anyway, as we still have a couple of movies to watch) in this film. Gun Man is crazy and, of course, he did a number of his own stunts in this film that are pretty good, from a drop and slide down the face of a large building to a couple of good running chases. These aren't the showstopper "why the hell did he do that" moments from a film like the later M:I Fallout, but they're still impressive to see.

However, the action isn't the highlight of his performance -- it's the quieter moments, the times where he has to let his cocky facade down and actually try on real emotions. Here (probably due to the credit of J.J. Abrams again), Cruise actually gives a real, human performance, one where you have to acknowledge, "holy crap, this man can actually act." At a certain point in the movie you stop thinking of him as "Tom Cruise" and start paying attention to the character himself, his motivations, his actions. It's impressive considering that fact that stars so often have trouble shedding their skin and being real people in movies, Cruise especially, and the fact that he's able to do it here really kicks the movie up.

Other cast members acquit themselves well, with Michelle Monaghan giving a great performance as the love interest Julia. She's able to sell her genuine emotion in the role, making her a more realized character than the love interests in either of the previous two films. Meanwhile, Phillip Seymour Hoffman gives a delightfully evil performance, chewing up scenery whenever given the chance. Even in a movie like this, what could have been just a dumb actioner, Hoffman gave a huge, heavy performance than really sold his villain cred.

Sadly, other characters aren't utilized as well even if the actors were game. The rest of Hunt's team, from the charismatic Declan (Johnathan Rhys Meyers) to the cool and collected Zhen Lei (Maggie Q) and the returning, always fun Luther (Ving Rhames), are put through their paces but don't get any kind of narrative arcs in the film at all. Simon Pegg's techy Benji Dunn at least gets to be weird and interesting, but he two barely shows up enough that, were he not played by Simon Pegg, I doubt we'd remember him. 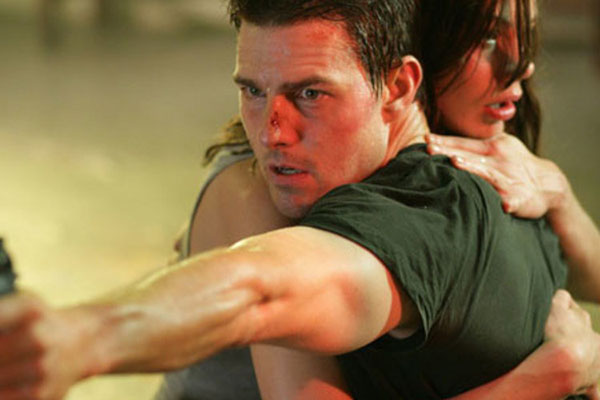 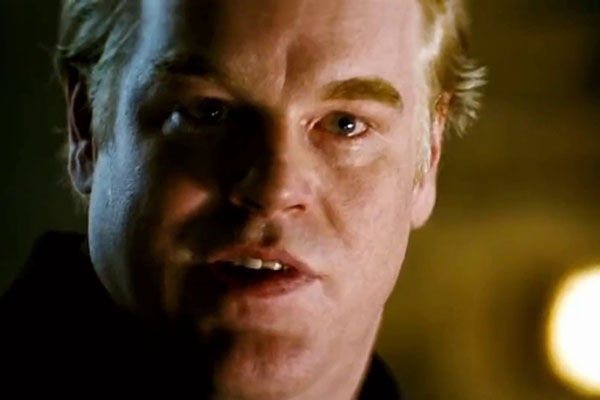 That sad, my kvetching over the fate of side characters is pretty minor. This is, of course, the Tom Cruise show as presented by J.J. Abrams and, viewed in that light, the movie works so well. It's a great hero vs. villain flick with action, intrigue, and lot of heists. Maybe it's not as heist-filled and puzzle-box-planned as the classic TV series, but it's hard for me to think fans of the classic show wouldn't have at least liked where the series was headed with this flick. It's a serious winner and a strong contender for best film in the series.