You Should Have Stayed Gone

Sometimes franchises just need to stop. I've watched enough movies (not only for this site so I could review them, but in general) to know that the longer a series goes on there's an increase in probability that it will lose all sense of its former self and just because this hollow, shadowy revnant that bears the name but has no clue what it's doing. Anyone that thought the Bourne series couldn't get any worse after the not-Bourne-but-still sequel, The Bourne Legacy, will be sad to know they were wrong. Welcome to Jason Bourne. 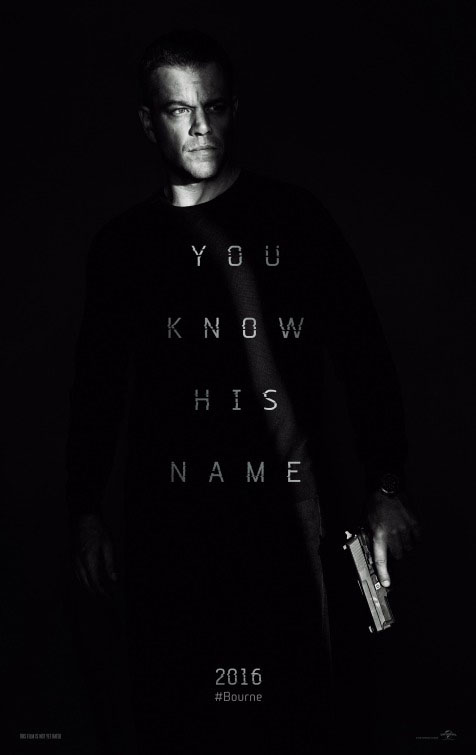 Named after the main character, this supposed return-to-form for the franchise clearly lays out that "hey, not to worry, Alex Cross isn't in this one," so all of you fearing a resurgence of Jeremy Renner can breath a sigh of relief. That, though, is the only good thing about this movie as, across the board, this is easily the dumbest, weakest entry in the franchise, this despite Matt Damon dragging director Paul Greengrass back with him so the two can pair up once again for the franchise. This film shows, clearly, that the series has lost it's way. Bourne is no longer the series it once was, no matter what name you attach to it.

The problems start immediately. Long-time Bourne-adjacent character Nicky Parsons (Julia Stiles) has gotten herself into trouble, hacking the CIA (in hilariously stupid fashion, which we'll get to) but getting caught in the process. On the run she does the only thing she can think of: contact Jason Bourne (Damon). He comes to her aid and tries to help her escape the CIA death squad sent after her but, sadly, one of the original Treadstone-era killers, The Asset (Vincent Cassel), shoots her down. Nicky, though, was able to pass Bourne the data stick with all the CIA files before she died, and Bourne picks up the mantle and goes in search of the secrets she found.

And what she dug up was the fact that the secret CIA hit-program didn't end with Treadstone or Blackbriar or whatever the fuck was being run in Legacy. The movie treats this like it's some kind of massive revelation (this despite what we just watched in Legacy) and now Bourne is pissed. He wanted to expose the CIA, to end these programs, and to get some justice for Nicky... and himself because, of course, suddenly we learn that Treadstone has been pulling his strings even before he joined the program. There's more for Bourne to learn about his past, new mysteries to solve, and new things to tire the audience as this franchise retreads the same plot point over and over again. Ugh.

The first issue I had with Jason Bourne was that it had no clue about any of the technology it's talking about. It's trying to be a cutting edge film for the modern era, with the focus squarely on the CIA hacking division, their attempts at recruiting new blood into the ranks via a tech conference, and their negotiations with a tech magnate, Aaron Kalloor (Riz Ahmed). On the back of a napkin this all makes sense -- the modern world is even more beholden to technology than it was back with the first Bourne came out. If the series needs to update and adapt, focusing on tech is the way to go. 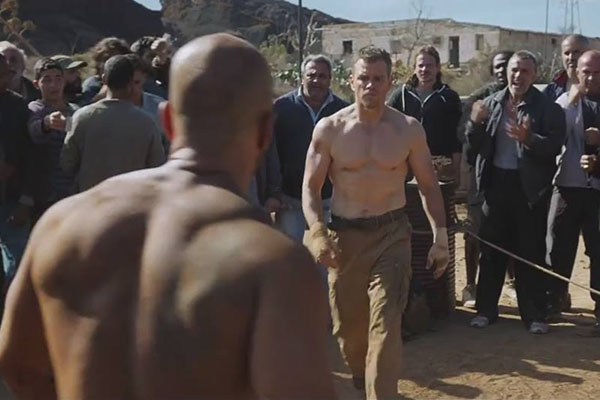 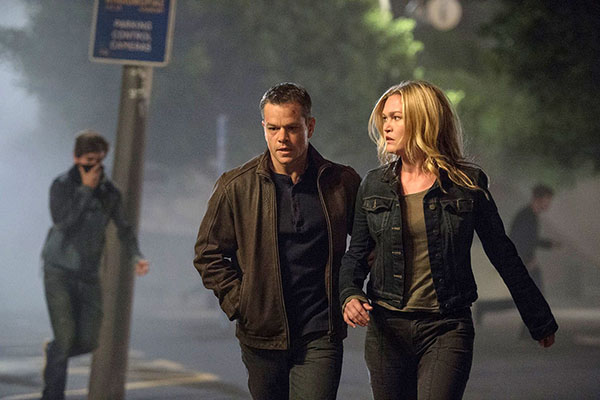 And sure, maybe that could have worked (although I have my doubts, which we'll discuss in a second), but for the film to pull it off it has to understand the technology it's discussing. The problem is that Jason Bourne is not a serious look at espionage and hacking, is a Hollywood film that tries to depict the idea of hacking without having the brains to understand it. That's how we get agents talking about "breeches in the firewalls" and "SQL injection" like they're techie buzzwords, but the actors clearly don't know what it means when they say the lines. It's how we get displays showing someone hacking a set of firewalls not by writing lines of code but by clicking a link and then watching as three filled bars run down, one at a time, to show the firewalls "falling". It's so stupid.

I think my favorite bad detail, though, is that the CIA has all of the folders of files about each of the Treadstone projects (ten of them, starting with Treadstone and then going all the way to a new program, Ironhand) in a folder on their main server marked "Black Operations". I had to pause the movie and think about that for a few minutes. Like, really? You have complete folders on all of these programs in a folder literally named "Black Operations"? Like, what if a newspaper FOIA'd that as a lark? "Let's just see if they have an easy way to get everything they feel is a black op. It can't be that easy, right?" Well, clearly it is because the CIA is worse about hiding their illicit materials than a teenager with a porn collection.

The fact is, though, that the Bourne films have never been about tech. Bourne started off as a guy who didn't have any resources (no government to back him, no Q to give him gadgets) and he had to improvise everything on the fly. Any time people went after him they just pensively stared at big screens while some agent or another said they had something. There was no trying to justify it, not any attempt to work in modern tech. Files and pictures, camera feeds and data. That's all that was needed. The further the series goes into the modern world, though, the more it gets confused, not understanding what it's talking about. This film understands hacking as well as GoldenEye, and that film came out 21 years earlier.

There are parts of the film that do work, when it's just Bourne and the Asset going after each other. Those are the parts that are similar to the stripped-down core of the previous films and they get the closest to recapturing the magic of the original films. But even here it's just not as good, largely because it's all stuff we've seen before. Another car chase, another fist fight, another shoot out. The series started out adding something new to espionage films, bringing in brutality and fierceness to the fights to make them feel more real than anything James BondThe world's most famous secret agent, James Bond has starred not only in dozens of books but also one of the most famous, and certainly the longest running, film franchises of all time. was doing. But since the first Bourne film the other franchises have learned and improved and now Bond and Mission: ImpossibleIntroduced in 1966, the original Mission: Impossible featured a team of agents (with varying skills) heading out into the field to solve puzzle-box like cases on a weekly basis. This simple concept spawned a long-running series, a second series in the 1980s, and a hugely successful movie franchise starring Tom Cruise that continues today. are doing action bigger and better than this series all while Jason Bourne remains steadfastly the same. 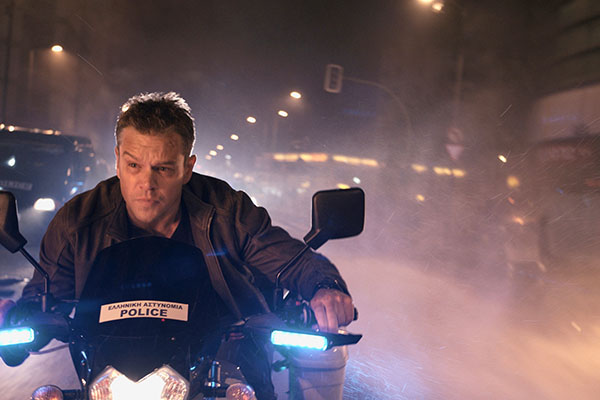 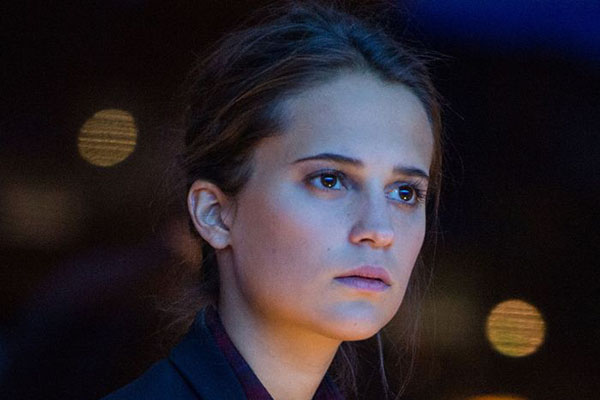 I've criticized the classic Bond films for being staid, old man fantasies for an aging set, but that franchise figured out its shit and managed to reinvent itself. In that same span, though, the fresh upstart Bourne has gotten lost in the wood, repeating it's shtick over and over again to diminishing returns. If anything is an old man movie now, it's Jason Bourne. Maybe it's finally time to put this agent out to pasture.