Oh, Hey There Bond! Where Have You Been?

As I noted in my last James BondThe world's most famous secret agent, James Bond has starred not only in dozens of books but also one of the most famous, and certainly the longest running, film franchises of all time. review, The Living Daylights, almost as soon as Dalton settled into the role he was out and the series moved on into the Pierce Brosnan era. This wasn't originally supposed to be the plan; there was a licensing dispute between the producers and holding companies for the Bond films and, eventually, the lawsuits dragged on long enough that Brosnan's contract expired and actor elected to vacate the role. 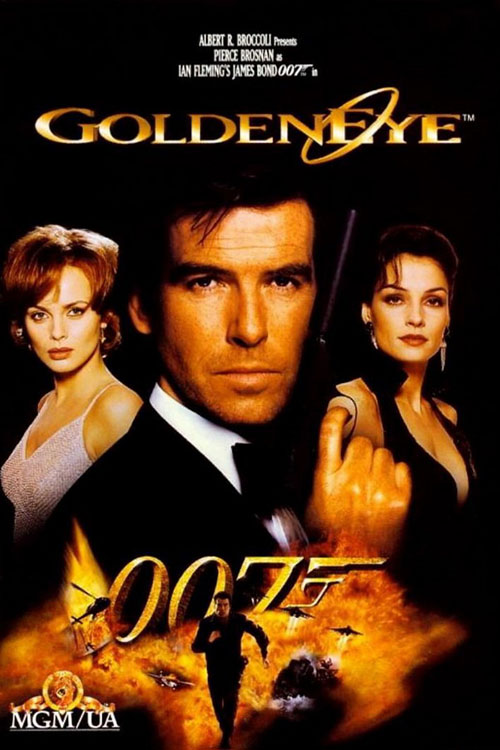 It really was a long time between films: six years, which considering that the series had seen a new movie every two years since the end of the Connery era, that must have felt like a lifetime for Bond fans. I think the time off helped the series, though, as it gave everyone time off to rethink the series. It allowed the first of the Brosnan films, GoldenEye, to strike with renewed energy, to feel like a more modern and updated film in the series than nay that had come before.

Frankly, up until the Brosnan era the films had a direct, slow momentum that built from one to the next as often as they tried to shake things up (the first Dalton film, A View to a Kill, felt like a direct attempt to restart the franchise) they also played it safe and made the same old movies time and again (License to Kill was a very formulaic Bond film). But Hollywood can change substantially year to year and with six years off, new trends in action film making had come around. GoldenEye, the first of the Bond films made in the 1990s, feels more akin to the action movies of this era than most of what had come before in the series.

The film opens with Bond (Brosnan nicely stepping into the role) on a mission in the U.S.S.R., aided by his friend and partner on the mission, Alec Trevelyan (Sean Bean), MI6 Agent 006. The mission, unfortunately, goes sideways and Trevelyan is killed while Bond makes his escape. Years later (now in the present of when the film was released), with the Cold War over, Bond is sent on a mission with echoes of the one that saw 006 die. A satellite station exploded in Russia, there are fears of a massive EMP weapon that shouldn't even exist, and Bond has to find the only survivor, Natalya Simonova (Izabella Scorupco), and save her from the people after her.

Of course, the reason he has to save Simonova is so he can find out about the EMP weapon and learn how to stop another attack like the one that killed the station. That's when it's revealed that not only is there another one of these weapons floating up in space, but that 006 is still alive and he's the only one with access. Bond and Simonova has to rush off to stop Trevelyan, stop him and the team aiding him, and take out the weapon before it can be used on a populated city, destroying untold lives and potentially ending the whole world order. 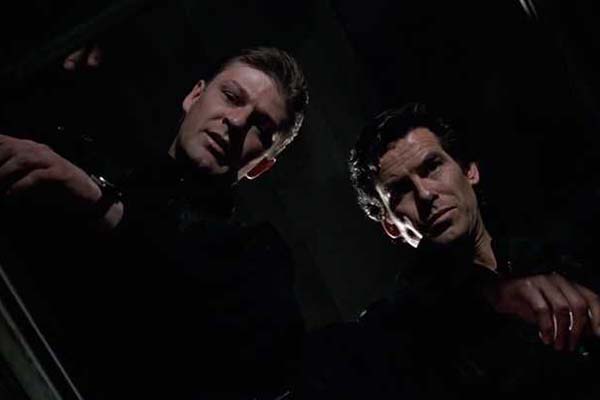 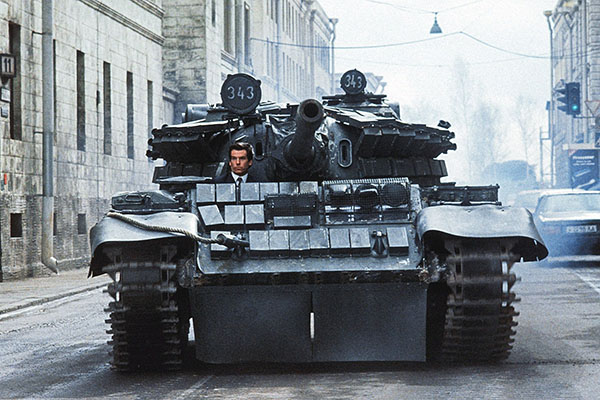 In construction and design, GoldenEye feels like a fresh and new movie. I commented that The Living Daylights was a nice update of filming styles, feeling much more like a 1980s action film than the standard Bond fare, and the same can be said here as well. GoldenEye is a proper, 1990s action film. There are more practical effects, more instances of having the actual actor pulling off actual stunts on location, and everything has a new, shiny exterior that makes it feel more real and substantial. This is probably the first Bond flick where the action sequences truly sucked me in because I wasn't constantly being assaulted by bad special effects and obvious projection screens.

That's not to say that there aren't instances of that the wonky special effects, as there are. It's most in the last act, when the film starts to get really fanciful about the villain's super weapon. Bond and the baddie have to have a big fight on the weapon's satellite rig, and this leads to a lot of composite shots, most of which aren't that great looking. Even still, they're better than a lot of what came before, more convincing even if not totally so. And that's the worst instance in a film loaded with decent shoot outs, pretty good car chases, and one really killer sequence of Bond driving a tank through Moscow (literally through at times as he even smashes through buildings). Overall, the action is pretty great.

And yet, when it comes to the story, this film is utterly stuck in the past. Despite coming out four years after the fall of the Soviet Union, this film is still very focused on the U.S./U.S.S.R. plotting. The villains are all Russians, still carrying on about grudges from before the end of the Cold War, and the EMP super-weapon is a Russian-made device with its primary installation, no less, in Communist Cuba. Because of course it is.

And the villain, despite plotting to make it seem like his plans are all about money (in a cast off line used as if to justify it all), is pure megalomaniacal clap trap. Trevelyan wants to make London pay so while he can get people together to aid him for the want of money, he wants to destroy worlds and conquer all. He's the standard Bond villain given the veneer of being an equal to Bond because he was once a 00-agent. It's decently setup as the intro gives us both the "show" and the "tell" of our MI6 agents, but it doesn't change who Trevelyan is or how he slots neatly into the series. Not one iota. 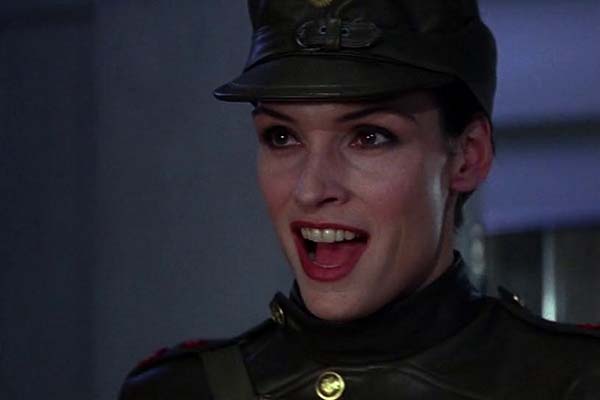 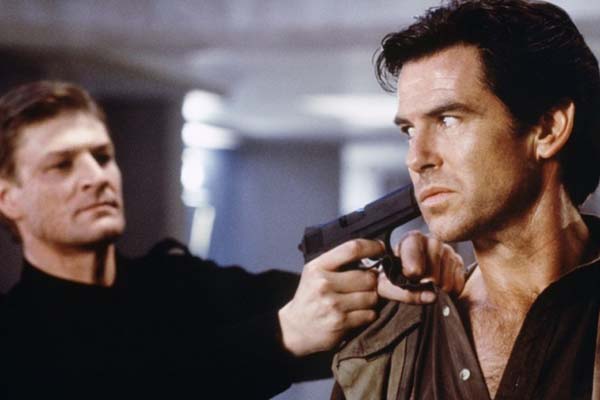 The real weight of the film, then, rides on the shoulders of Brosnan and Bean and, thankfully here, the film excels. Both of these actors are charismatic through and through and it's hard to think of a better pairing for this film than these two. They play off each other, feeding each other's performances and elevating the scenes between them. They don't get to spend a lot of time on screen together but when they do the film really shines.

Even when we don't have these two on screen at the same time we do have a pretty solid backup: Famke Janssen as Xenia Onatopp. Janssen clearly got a memo that she had to play as big and broad and colorful of a villain as she could because the actress gives probably the most over-the-top acting I think I've seen in this series. Frankly, it's fantastic; I love ever scenery-chewing bit of it and the only mistake the film makes with this character is killing her before the big climax at the end. I could have done with more of her, even letting her survive so she could hound Bond again and again in future installments. Janssen absolutely lets lose and its one of the best parts of the film.

The story of GoldenEye isn't the best, not by a long shot, but what it lakes in substance it more than makes up in style. It might be a shallow movie, yes, but it's a fun one, dragging you along with spectacle and performance so you don't have to think too hard about the silliness of the standard Bond tale-telling. It gets by on its charm (frankly not unlike it's lead actor) but it has charm in spades, charm to spare (again, like it's lead actor) and it's really hard to hate that.