A new Bond injects much needed energy into the franchise, helping to change up staid ideas and, at least in theory, shake up the series to bring in fresh life and fresh blood. That goes double for the Daniel Craig era of James BondThe world's most famous secret agent, James Bond has starred not only in dozens of books but also one of the most famous, and certainly the longest running, film franchises of all time. with not only a new actor taking on the lead role but also the fact that the whole series was rebooted, resetting storylines and taking everything back to basics. All the cruft that had built up over the years was wiped away so the series could start fresh. 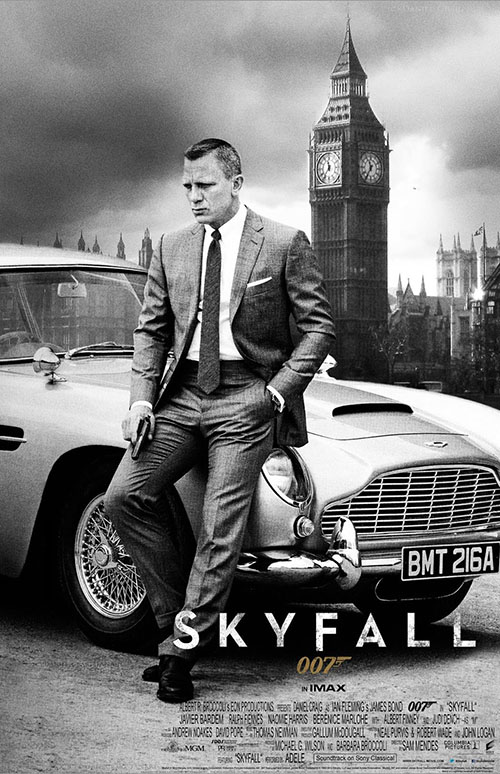 That's the theory, anyway, and how the first two films in the new-boot, Casino Royale and Quantum of Solace operated. The only element of the original series that carried over was Dame Judy Dench's M, but it's hard to argue with having an Academy Award winning actress who is willing to stay on and add her much needed gravitas to the performance

But Dame Judy Dench, while great to have around, is also a harbinger of what was to come, the thought that some elements could be carried over and, as the series went on, slowly get reintroduced. The series restarted as an answer to The Bourne Identity but, after two solid films, the series began to revert back to the James Bond we knew from previous incarnations. Yes, the action is still better, harder hitting and more impactful, but the core of the old Bond films, the part I'd argue the series was better off ditching, has crept back in and works to drag the series down.

Skyfall centers around Raoul Silva (Javier Bardem), and ex-00 agent who used to work under M (Dench). He was captured on a mission and left to rot in prison for months and MI6 didn't come to save him (which, that's part of the job -- if you're caught you're disavowed and left for dead). So, eventually he turned and became a villain, but this whole time as he's set up his evil operations and put all his pieces in motion, he's had one thought that remained: getting revenge on M and all of MI6.

Bond, after an earlier mission goes wrong and he's left for dead as well (spending three months living on a remote island while MI6 moves on), comes back into the fold when the MI6 headquarters is blown up. Approved to once more operate as a 00-agent, Bond is sent to track down the bomber (who ends up being Silva) and bring him to justice. But Silva has big plans and one 00-agent isn't going to stop him from somehow exacting his revenge. 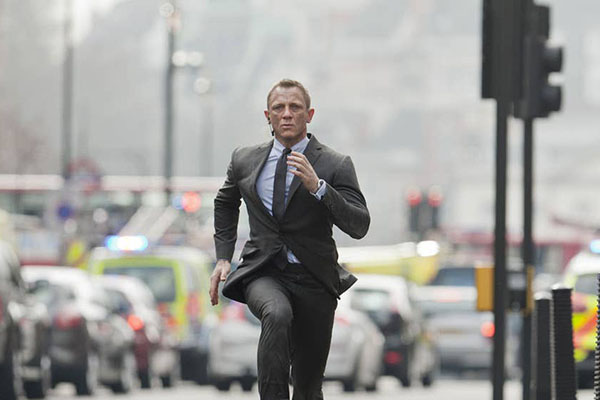 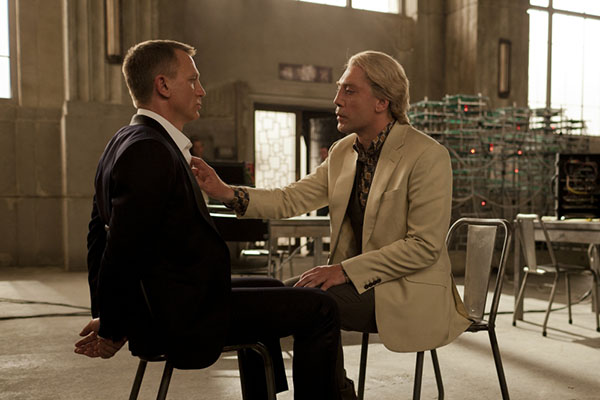 The setup of this film, I have to note, is a bit confusing if you're watching all of these films in quick succession. Two movies ago this version of Bond was introduced, young and virile and fresh off becoming a 00, but now, two flick later, they're already treating him like an old man, past his prime and maybe no longer cut out to do field work. I'm happy the series is self-aware enough now to recognize that these actors do age and the passing of years has to be noted, but it's only been six years between Casino Royale and Skyfall so suddenly having the film treat Bond like he's an old man seems... off.

The reason, of course, is that they wanted to contrast him against Silva, another past-his-prime (former) agent, to play up the idea that these guys are two sides of the same coin. Maybe that could have worked, maybe, if the film did a better job of making Silva out to be a threat. Unfortunately the writers of Skyfall make the cardinal mistake of telling us how bad of a dude he is but not showing us through all his actions. Sure, he kills a woman in from of James Bond but that's long after the film has spent time telling us, time and again, that he's a scary guy who wields all kinds of power. The most we get out of this master criminal is him getting outplayed by Bond and captured within minutes of his official introduction.

Now, I do hear you immediately saying, "but being captured was all part of Silva's plan," and yes, that is true. The villain takes a page out of the tired villain tropes handbook and purposefully has himself captured so he can then break out and go on a rampage, trying to kill M. But the fact is that he was a shadowy force that no one was expecting right up to the point where he let James Bond come to his island fortress and capture him. If Silva really wanted to kill M, to do it slowly and face-to-face, he could have done that at any time without directing the attention of MI6 to himself. His elaborate plan was much more complicated than just flying to England on a fake passport, stalking M, killing her guards, and then torturing her slowly to his hearts content. He's not a master strategist, he's an idiotic over-the-top villain.

It doesn't help Silva that we never see what he's capable of outside his grand villain plans. He's a megalomaniacal hacker genius, we're told, but we never see the impacts of his crimes. It's hard to care about a villain if we don't really get a sense of what he does or what he's capable of. Why should we fear Silva? Because he might kill M? Hell, that's the job and M knows it, plus she's a steely-eyed dame and could probably take him on one-on-one. Bring it, you petty villain. 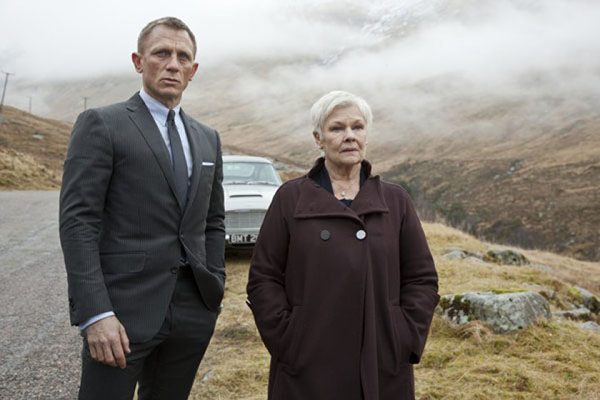 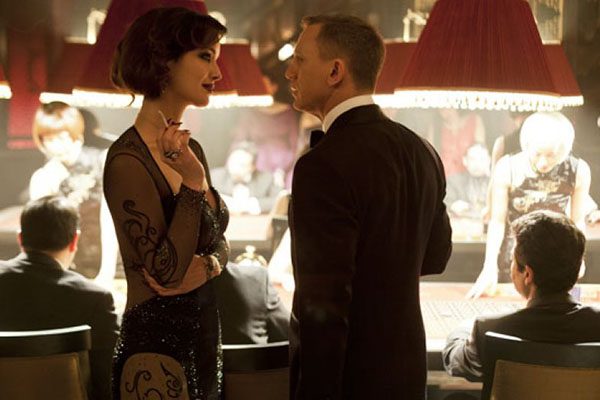 The film clearly wants us to think about Silva in the same way that we feared (and enjoyed) 006 over in GoldenEye (hands down the best of the Brosnan films), but Silva is no Alec Trevelyan. He's creepy, sure (especially with his destroyed mouth), but he lacks the charisma of Sean Bean's performance. Plus, Bean has an easy to understand plan -- take control of an EMP and destroy London to get back at MI6. All this plotting of Silva's, the twists and double-twists, just over-complicates the plot and reduces him. He's an unnecessarily twisted up villain when all we really anted was someone to go toe-to-toe with Bond. That's it! Give us that!

Instead of a good and crunchy one-on-one fight, though, we have to go through a series of international hot spots, deal with a bunch of gadgets, have Bond get captured more than once, all for what? A decent gun fight followed up by a weak finale. The film starts off promisingly enough (with Bond left for dead and on his own) but once Silva steps onto the scene the film devolves into just another usual Bond film. This new version of the series started off so promising but it's really starting to lose its way as the Craig era falls further back on the tropes of what came before.

That said, things are only going to get even more staid and silly from here, once SPECTER finally enters the scene...