He's Back to Ruin Asia Again

James Bond Eon Film #9: The Man with the Golden Gun

It's fair to say that Roger Moore had a rough first outing as James BondThe world's most famous secret agent, James Bond has starred not only in dozens of books but also one of the most famous, and certainly the longest running, film franchises of all time., the world's most famous secret agent (although he's really not much of a secret at this point). His first film in the run, Live and Let Die, is an atrocious abomination, equal parts racist, tedious, and obnoxious. How the movie got made is a big question, and it's even more surprising to me that the film series was able to continue on part that point -- it should have been put out to pasture and talked about like the family dog that "went upstate to a nice farm". 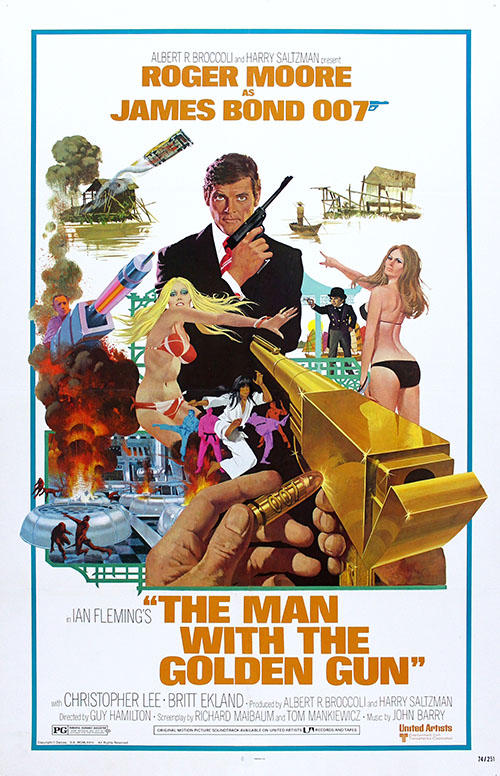 Continue it did, though, with Roger Moore coming back the very next year with an immediate follow-up, 1974's The Man with the Golden Gun. Bear in mind that at this point the films were coming out every one-to-two years, making James Bond something of a cultural touchstone for a while there. People loved Bond and, despite my own feelings on the matter (which, considering I wasn't even alive in 1973, no one cared what I thought of Live and Let Die), Moore's Bond had to come back, again and again.

I guess it's nice, then, that Moore's second outing was at least better than the film that preceded it. Where Live and Let Die was an offensive slog of a film, The Man with the Golden Gun is a little more brisk and certainly less offensive, with a villain you can actually enjoy. Of course, when you cast Christopher Lee (everyone's favorite Dracula) in a villainous role you know you're going to get a screen-worthy performance. The man knew how to act in the role of the heavy, that's for sure.

In the film, James Bond (Moore, of course) is summoned to M's office because a golden bullet arrived, gift wrapped, as a special present for James Bond (it even, literally, has his number on it). The bullet is the calling card of Scaramanga (Lee), an exceptional assassin how, as the stories go, can kill anyone he chooses, using his signature Golden Gun (which shoots special golden bullets). For his skill with the gun, Scaramanga is able to charge a lofty $1 Mil a hit. With the bullet having been delivered, Bond is pulled off his current case, tracking down a new device, a solex agitator, so he can track down Scaramanga instead.

Except, as Bond tracks down the villain from Macao to Hong Kong (and then across the waters outside China), he comes to realize that both cases are connected. Scaramanga is the owner of the solex and he's the one looking to sell the device, but he doesn't want anyone else getting in the way of his sale. The device, which taps into solar energy to create limitless power for the world, can also be turned into a death ray (because of course it can), and Bond realizes he has to get the device, stop Scaramanga, and save the world, whatever the costs. 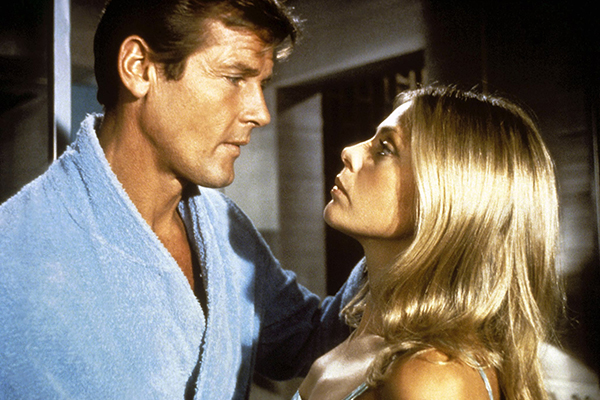 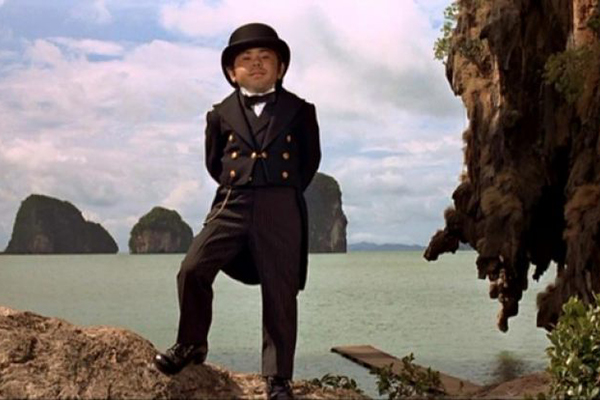 For the most part I honestly enjoyed The Man With the Golden Gun. Mostly that was because of Lee, a fantastic actor that dominated every scene he's in (and not just because he was a towering giant of a man). Lee really worked the film, bringing life to all of his scenes, but he also helped to bring a better performance out of Moore, helping the actor craft Bond into a more interesting hero in the process. The interplay between the two was great, giving us the kind of dynamic we've lacked since Goldfinger.

Strangely, thought, the film really has to work to make Lee's Scaramanga into the villain. Yes, he's an assassin, but as he even points out he's not that different from Bond and the agent's "license to kill". Bother are getting paid to use their skills for violence and death, Scaramanga just knows what side of the line he stands on. Plus, frankly, his villain scheme isn't really even a scheme. The death laser aspect notwithstanding (and, frankly, it was seriously tacked on), his device to create limitless solar power is actually a good thing! Sure, he wants to sell it to the highest bidder, but that's just capitalism. He's not looking to take over the world or change the power dynamic of countries -- he just wants some cash and has a solid invention.

The film does also have some other flaws. Moore's Bond is about as dismissive of women here as Connery's take on the character, slapping ladies around and verbally berating them whenever they did anything slightly different than way he would have handled it. Not that he's perfect, at all, he just gets to have a "do as I say, not as I do" attitude. For someone that the movies build up as a ladies man, Bond really doesn't seem to like women much outside the context of the bedroom.

Then there's the middle portion of the movie, dominated by a car chase sequence that, for whatever reason and despite taking place in Hong Kong, features the obnoxious sheriff from the previous film. Played by Clifton James, Sheriff J.W. Pepper is a character that shouldn't have had anywhere near the prominence he did in Live and Let Die and I'm utterly baffled that they felt like he was someone they needed to bring back again. This car chase could actually be good, with plenty of crashes, near misses, and even a couple of dumb-but-fun car jumps. But having J.W. in the middle of it all, adding what I can only assume was supposed to be "comic relief", ruins the whole thing. If he's back for the next movie, I might just have to stop this whole series of reviews. 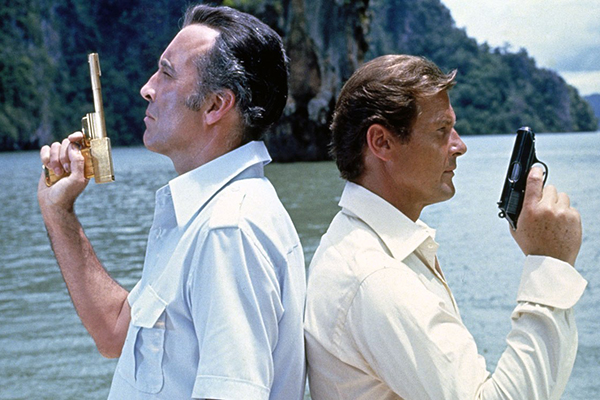 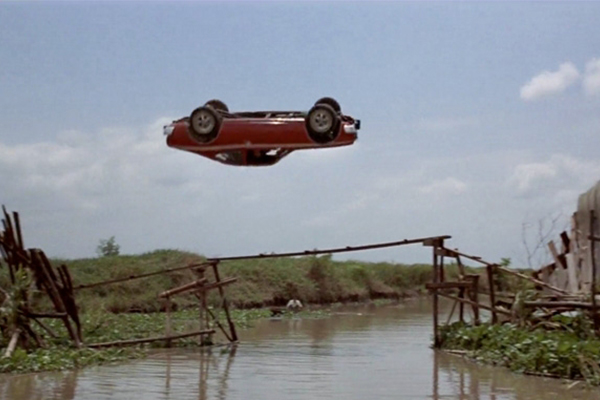 And it's not as if the film isn't still at least a little racist as well. It takes place in a few Asian locales and at least manages to not give into every trope and stereotype it can. At least, right up until Bond is kidnapped and taken to a Kung Fu training school and it's revealed that every Asian character we've met suddenly knows Martial Arts and can fight like a pro. Then you have J.W. show up soon after, spouting off all his racist ideas, and no matter how much the movie wants you to think J.W> is an idiot and he shouldn't listen to him, it still feels like the film is reveling in saying, "oh those silly Asians" (or, really, a more racist version of that) at the same time.

The parts of the film involving Scaramanga and Bond are top notch. They make the movie. Just about everything else, though, can largely be ignored. It's a big step up for Moore, but certainly no where near the heights of the series so far. A solid effort, and promise that maybe better things can arrive. You know, as long as J.W. is never brought back again.