It's All Connected, I Guess

And here we are. The end of the journey as we get to the last of the James BondThe world's most famous secret agent, James Bond has starred not only in dozens of books but also one of the most famous, and certainly the longest running, film franchises of all time. films currently released. When I started this little project for Action Adventure April it was so I could catch up on all the films in the series before the release of No Time to Die (which was expected to be released sometime in April before getting pushed back to at least November due to COVID-19), so now I'm all caught up but I wouldn't say I'm eagerly anticipating the next film in the series. Not by a long shot. 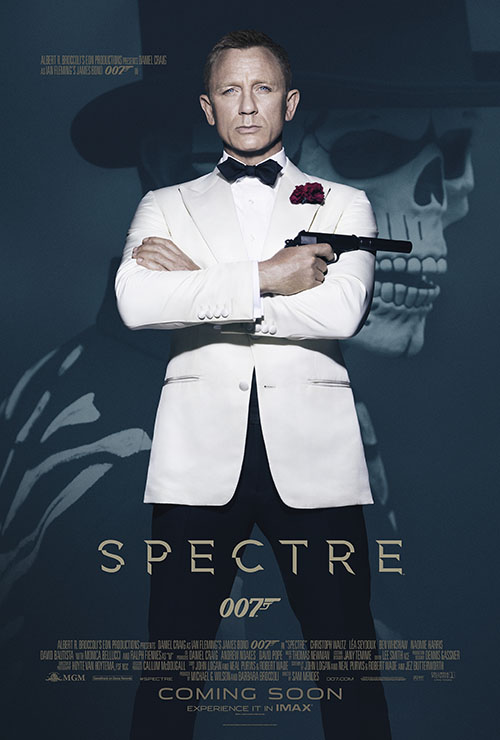 The reason, really, is all because of the 24th film in the series, Spectre, and what it implies for the future of the series. Specifically, Spectre is a bad film -- I know it has its supporters, mostly among the hard core fans, but I'm not one of them -- but the real issue is that it edges the nu-Bond ever closer to classic Bond and, frankly, old Bond sucks.

I recognize I wasn't a fan of the classic films before I started this quest to go through all the movies in the series, in order, but I had hoped to at least gain some appreciation of the classic films. And, for some of them, I did; I really enjoyed On Her Majesty’s Secret Service (certainly more than most fans appreciate that film), and the likes of Goldfinger, The Man with the Golden Gun, and GoldenEye all had their charms (huh, all the films with "gold" in the title). However, the films had more misses than hits for me, and by the end of the classic run it felt like the series had explored every facet of the classic formula as much as ti could (sometimes twice).

That's what I really appreciated about the 2006 Casino Royale: it was fresh and interesting and propulsive, yes, but more than anything it stripped away everything that was part of the original Bond series to try and find a new version, a new core for the future. But over the next films that part of the 2006 flick was reduced, with padding and flab added back on -- a return of the gadgets, a reversion back to the old formula -- and now with Spectre it feels like we're right back where we started. Quite literally, in fact.

The first film in the whole run, Dr. No, had Connery's James Bond encountering Spectre for the first official time and, look at this, now we have Craig's Bond doing the same thing, going toe-to-toe with the man that has apparently being pulling all the strings of every film from Casino Royale on, all so he can get his own petty revenge against Bond. The film introduces the new version of Ernst Stavro Blofeld, given to us by Christoph Waltz in an underwhelming performance, and suddenly the whole series loses all momentum, treading water while this villain struts around and does very little at all. Oh, there's a lot of big talk, but in the end Blofeld doesn't really amount to much at all. 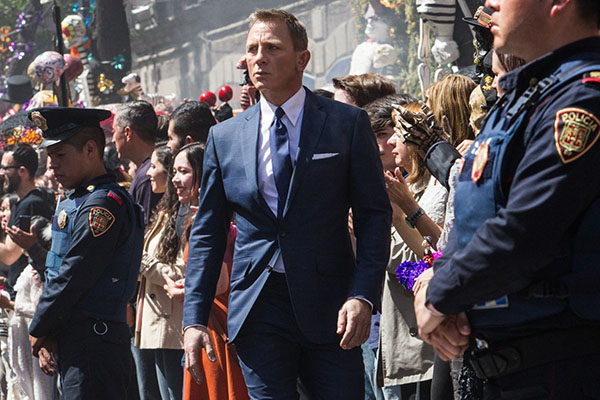 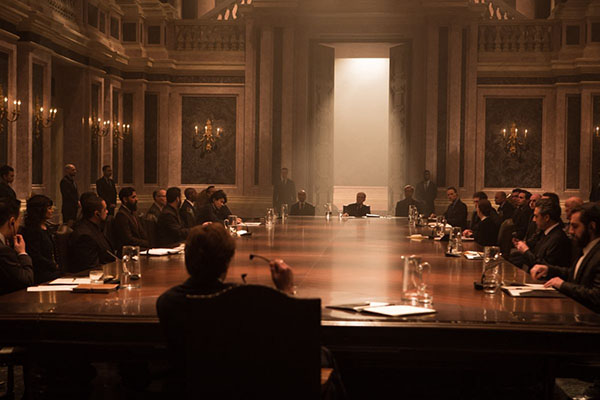 The weakest films in the series have been the ones that tied in, one way to another, to Spectre (or SPECTRE if you use it as an acronym). This is an evil organization that has its fingers in everything. Hell, it was even alluded to (but not by name) in Casino Royale. The problem is that we never really see Spectre do anything. They're always talked about in hushed tones, credited for things that happen often screen, but we still have yet to see them really do anything evil. We're supposed to fear and loathe them but all we really see of the evil of Spectre is its various members back biting and killing off each other. When it comes to actually doing their evil they're all talk, no bite.

I get trying to retcon them in as the evil organization that's been behind all kinds of awful things since the 2006 film -- an organization like this can't just spring up overnight, and having rumblings of them seeded in previous films makes sense. The fact is, though, it's a ham-handed way of trying to make a villain out of nothing. Quantum of Solace, while a solid film in my book, barely hinted at Spectre at all during it's run time, while Skyfall and its villain, Raoul Silva, made it seem like Silva's operation was it's own deal, unconnected to anything we'd seen before. But, suddenly, every single danger Bond has faced was all because of Spectre? Really?

For one, that's hugely implausible. Bond was only just given 007 status by M in Casino Royale and there was no way to anticipate that he would be assigned to the case. Hell, with the number of times the villains over the years have tried (and failed) to kill Craig's Bond it's hard to believe anyone was actually behind all of it. That's just too much coincidence, too much luck breaking just right for it all to seem like a plot by Spectre.

But then the film adds in another twist. Not only was Spectre behind it all but, shock upon shock, that's because Blofeld is basically Bond's brother. Adopted, yes, as Bond was taken in by Blofeld's father and raised like a son. Blofeld grew up jaded because he felt like Bond was treated as the better son (maybe because Enrst was a raging psychopath?) but everything he'd done since, over decades of planning, was apparently so he could get revenge on Bond. That's so ludicrous that once the film reveals this big conclusion my brain simply shut off from the sheer stupidity of it. 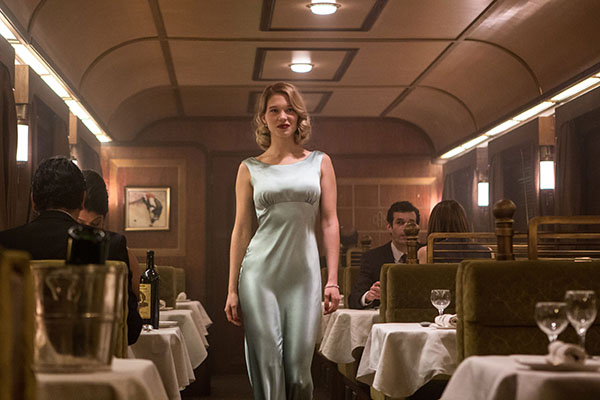 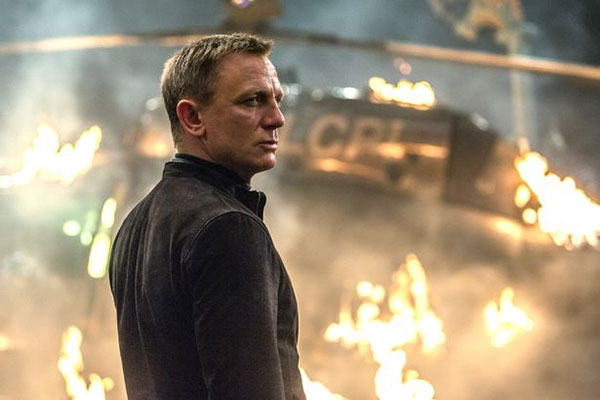 I don't know why this idea that heroes and villains have to be connected, at a deep level, has become essential to stories. Sure, people love it that BatmanOne of the longest running, consistently in-print superheroes ever (matched only by Superman and Wonder Woman), Batman has been a force in entertainment for nearly as long as there's been an entertainment industry. It only makes sense, then that he is also the most regularly adapted, and consistently successful, superhero to grace the Silver Screen. and JokerOne of Batman's first villains, and certainly his more famous (and most popular), the Joker is the mirror of the Bat, all the insanity and darkness unleashed that the hero keeps bottled up and controlled. are essentially twisted soul mates, two sides of the same coin that complete each other, but no one liked it when Batman '89 made Joker into the killer of Wayne's parents (and then had Batman be the one to create Joker after). And sure, the fact that Luke and Vader were father and son came as quite a shock when it was revealed in The Empire Strikes Back, but it strained a number of plot points from the series (and made things even weirder when Leia was eventually revealed to be Luke's sister). In short, connecting characters seems like a good idea, but often it hurts the storyline for a lazy way to make the hero and villains "equals".

That's the issue here. What it gained by making Blofeld into Bond's adoptive brother? Sure, it tries to paint them as equals, two sides of the same coin, with the assumption that they were raised together so they know each other. But this isn't a character we've seen before this film (not in this version of the continuity) so there's no build up for it. Blofeld simply shows up, says, "yo, dawg, I'm your brother," and then suddenly he's the mastermind of everything because he's a jealous little prick? Ugh. No thank you.

But even if Blofeld didn't have this connection I really don't think the film would work. The movie is just a tired retread of a lot of what we've seen before -- the megalomaniac with a vague plan of world domination (ever film in the series, ever), the madman who acts like a mirror of the hero and also is on a personal quest for revenge (all of which we just saw in Skyfall). A sudden connection and love story between Bond and his new Bond Girl, Dr. Madeleine Swann (Lea Seydoux), which feels ripped right from the first Craig movie (plus Lazenby's only film). It's all tired, all been done before, and nothing here is new or fresh or interesting.

And that brings me right back to my main point: Spectre is awful. It wasn't interesting back in Dr. No and yet, time and again, the series trots out this evil organization as if its somehow an equal for MI6, it's leader Blofeld the dark mirror of Bond. And yet not once has this evil crew really felt special or up to the task of taking on Bond. Even here, Bond is still handily able to destroy their whole big plan and take down the leader of the group. It all felt so inevitable, so formulaic, just a copy of a copy of a copy. It would have been better if the series could have simply found a new direction to go instead of trotting out Spectre yet again. 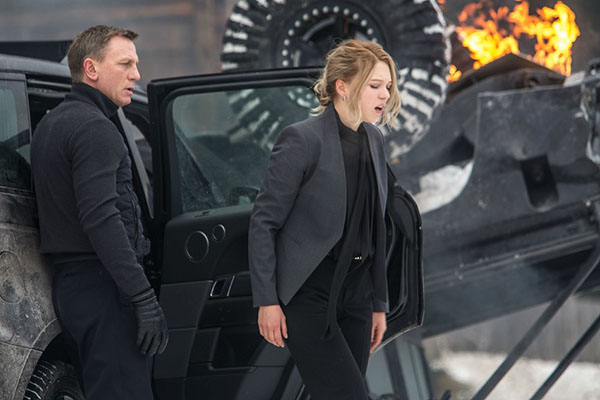 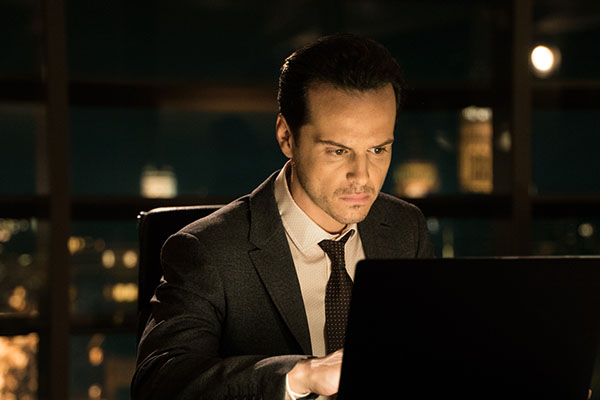 I'm sure there were fans that loved it, of course. Spectre is iconic, in its own way, and the fans have an attachment to the classic villains and the old series. But Casino Royale was pitched as a reboot to get rid of all the old cruft, to say, "hey, we're redoing this so that we can find a fresh new take on Bond", and it worked so well. But now that fresh take is gone and the Craig era feels just as tired, tedious, and silly as the films that came before. It only took four films but Eon Productions have managed to squander all the good will that first Craig movie garnered.

So now, I don't have high hopes for the next film in the series, a movie that promises to be the last outing of Craig's Bond as he takes on Spectre and saves the world one last time. It's pitched as the epic conclusion of a five-film series, but frankly I just don't care. I thought Casino Royale was great, the high point of the series, but it does feel like the films have been struggling to recapture that magic ever since. Whatever the next film gives us I doubt it'll be fresh or new or interesting, just loud and silly and dumb. Spectre ruined it for me and I have no faith the magic can be recaptured again.

Daniel Craig swears that the next film, No Time to Die will be his last entry in the franchise and I respect that. Take the money and run, Craig, and get out before the series gets any worse. The only hope we all have is that, after this, the series reboots again and maybe finds some way to once more tell a fresh, new take on the material that strips away all the cruft and gives us a new perspective on the series. They managed to do it once, so after we're done destroying the series with Spectre we can do it again down the road. I just won't hold my breath.