Yesterday I groused about the first James Bond film, Dr. No. As the start of a new series of films (that, at the time, probably wasn't expected to go on anywhere near as long as it has, six decades and counting) it was a good first effort but got a bit saggy near the end. Still, for two acts the film knew what it was doing and only really fell apart under the weight of its grand finale. 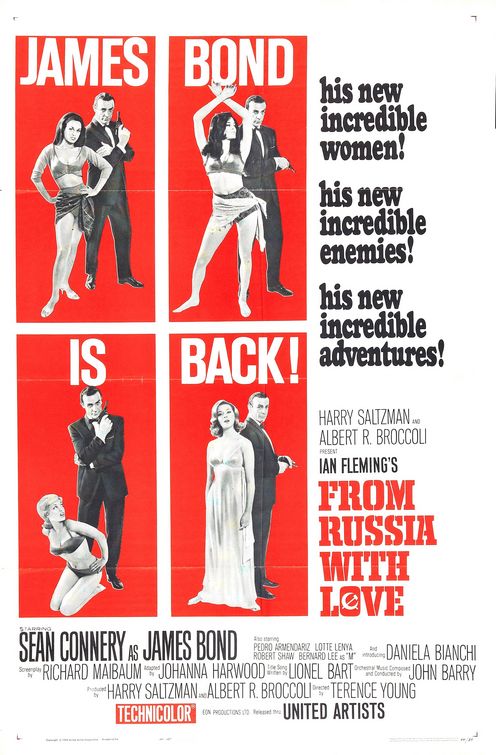 By comparison, the second film, From Russia With Love just never comes together at all. It's a weak, flabby, barely there film and a poor follow-up for the first movie. It was, quite honestly, a struggle to get through the film due to its pacing, plotting, a really terrible social politics. It made the film into a tedious snore, nothing like the first film in the series. It's like the producers said, "we need a sequel," but didn't have an idea for what that would entail.

The problems are basically present throughout the film but the biggest issue is the fact that there's just barely any story to this movie at all. James Bond (Sean Connery, of course), is called in to get a McGuffin, a Lektor cryptography device developed by the Soviets, and get out of the U.S.S.R. To do this, Bond is supposed to meet up with a Russian agent looking to defect, Tatiana Romanova (Daniela Bianchi, although all her lines, for whatever reason, we dubbed by Barbara Jefford), and the two will get the Lektor and escape together.

There's only one catch: the whole plot is actually a setup by SPECTRE to lure Bond out so they can kill him (for revenger for the events in Dr. No.). Romanova thinks she's actually doing the bidding of a Soviet organization, SMERSH, and that this plot will aid the Soviet interests. Her handler, Rosa Klebb (Lotte Lenya), is actually a SPECTRE agent (number 3 in the organization), and all of this is just one double-cross on top of another. It leads to a long sequence back and forth across the continent as the two flee while pursued by SPECTRE and its agents desperate to get the Lektern.

While the idea of sending an agent in to get a device and keep it our of enemy hands is all well and good -- most of the Mission: ImpossibleIntroduced in 1966, the original Mission: Impossible featured a team of agents (with varying skills) heading out into the field to solve puzzle-box like cases on a weekly basis. This simple concept spawned a long-running series, a second series in the 1980s, and a hugely successful movie franchise starring Tom Cruise that continues today. films have used this plot device as the start for all their adventures -- the story has to use this as a jumping off point for a bigger adventure. The problem is that From Russia With Love doesn't have a larger tale its trying to tell -- the Lektern doesn't lead to some bigger plot, like SPECTRE getting their hands on it and Bond spending the last act of the film desperately working to get it back. The Lektern functions as the goal of the film and also what kicks the last act of the movie in gear simply because Bond has to get it back home. That's it. 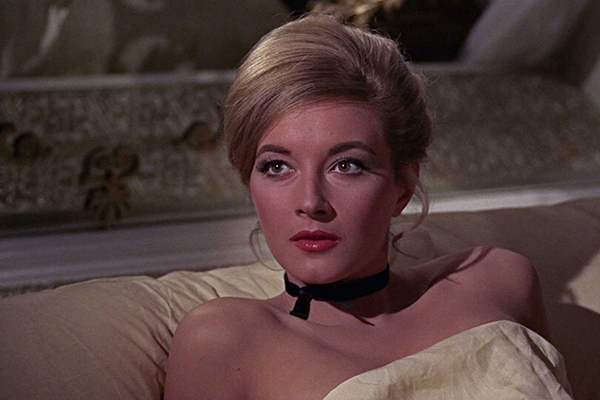 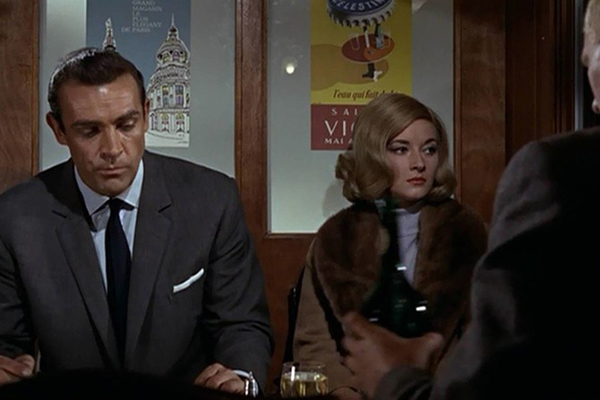 Perhaps this could have worked if the villain Bond were going up against were engaging in some way. The last act is dominated by what could be considered a cat-and-mouse game, each man trying to outplay the other, but frankly only one of the men (Connery) is charismatic enough to make the cat-and-mouse interesting to watch. His foe, Donald "Red" Grant (Robert Shaw) is as interesting to watch as warped linoleum. He has no personality, no spark, and is barely given anything to do to build himself up and make the character fun to watch.

Red is shown to us early in the film, training at the SPECTRE compound where he takes out a fake James Bond (for a cheap fake-out kill at the start of the movie). Then we barely see him again to the last act so there's absolutely no connection to the man. A good villain needs to be key to the plot, needs to influence it and be integral to the proceedings. Red, though, just lurks around until he gets to finally get in the game for the last twenty minutes, so when he's finally face to face with Bond we don't care at all what happens. We know Bond, presumably we like Bond, and this other dude hasn't been given the development to be an equal for Bond.

I say presumably we like Bond because, honestly, this movie does its damnedest to make the main character unlikeable. I understand it was the norms of the era but Bond treats the women in this movie like shit. He has at least two different women on the side (one who carried over from the previous film), beds three different women over the course of the film, and is constantly making condescending remarks about all of them for the whole length of the film. In he first movie is seemed like Bond genuinely liked women (which was part of the reason he pursued so many) but here it seems like he just wants the sex; afterwards, the women better shut up before they get the back of his hand (which happens more than once).

The sexual politics of this film are questionable at best, shockingly horrifying at worst. Bond's love interest, Romanova, is supposed to be a capable government agent who should be able to handle herself. He job in the film, though, is to bed Bond (because that's what every woman is here for), and then let Bond do all the dirty work because she's a woman and she can't fight for herself. He biggest addition to the movie is to wear lingerie and then pass out so the men-folk can fight. Trouble is she's also the best, and largest, role a woman gets in this film. It's awful. 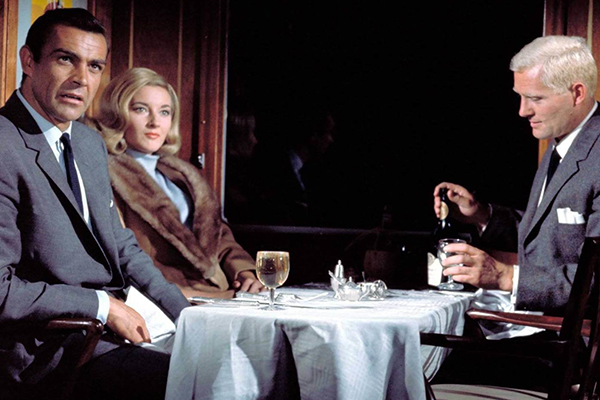 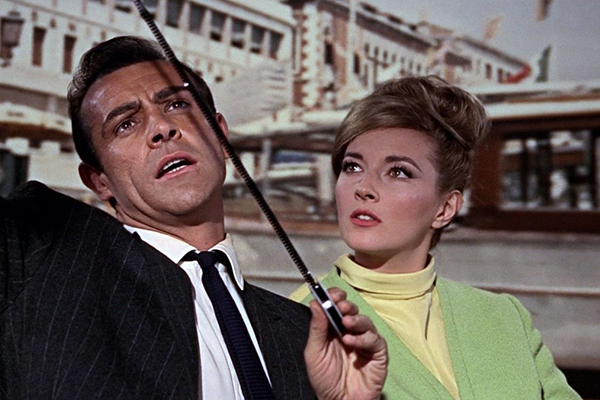 I understand that Bond is a male wish-fulfillment fantasy, but the fact is that You can be a suave and debonair male role model and not be a complete ass. In fact, treating women better than Bond does here actually would make you more debonair and respectable. Bond is a cad in this film, even worse than in the first film, and it completely ruins his character for me. No amount of acting from Sean Connery (which, frankly, it feels like the actor is coasting here instead of investing in the role like he did in Dr. No) could save this version of the character. Hell, Sterling Archer (of Archer) is more likable then this version of Bond.

Frankly none of the characters in the film are worthwhile, there's no story to connect them, and the film spends a lot of time padding out its story (like with an extended sequence among the Romania that basically goes nowhere but does provide a five-minute sequence of a woman belly-dancing for... reasons). It's shocking to me that somehow this movie was successful enough to warrant future sequels (let alone a video game adaptation fifty years later) and yet it was successful, even more so that the original film. Hell, people still hold this movie up as the best of the Bond series, but I just don't see it. I've seen my fair share of bad films but this one is probably one of the worst I've seen. It's a trashy piece of 1960s exploitation, and not even a fun or good bit of trash at that.