Finally we're starting to get into James BondThe world's most famous secret agent, James Bond has starred not only in dozens of books but also one of the most famous, and certainly the longest running, film franchises of all time. films that actually feel like good movies. Sadly for Roger Moore this happens right at the end of his tenure, but at least he got one or two decent flicks under his belt (out of the seven Bond films he starred in). That's not to say A View to a Kill is a perfect movie but, for the Roger Moore era, it certainly stands as the real highlight of the whole set. 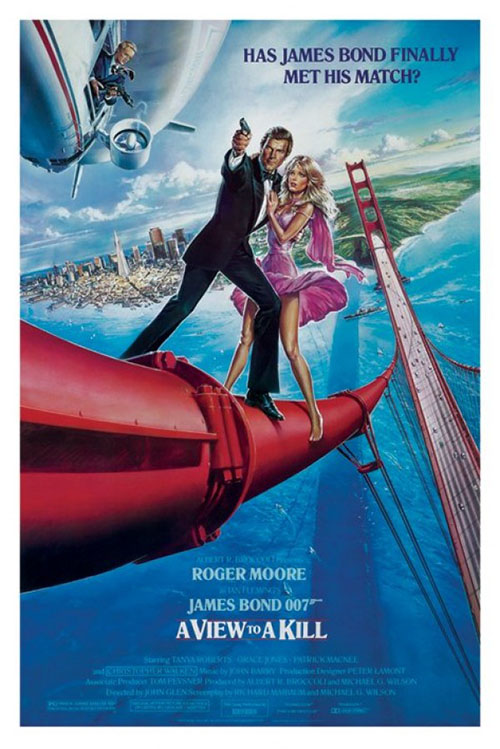 A big part of the reason that A View to a Kill works as well as it does is because it feels like it comes from a different era than the other 13-odd films that came before. Those films do have a natural progression in concept and design but, after getting through all of them, there is a pretty clear "house style to the films", one that's hard to see when you bounce around one or two but is clear when viewed as a whole. The slightly soft lighting (as if Bond walked in off a soap opera or a porn set), the action scenes with actor's filmed against an obvious green / projection screen, and an over reliance on gadgets all culminates in a series of films that, after thirteen or so films, feels rather same-y. And while A View to a Kill doesn't completely break that mold it does find a way to update and dodge some of the formula to make something improved over (most of) the films that came before.

In a A View to a Kill, Bond (Moore, one last time) is sent to Russia to retrieve a special microchip. Upon return to England, Q (Desmond Llewellyn) figures out that the chip is a copy of one made by Max Zorin (Christopher Walken), a wealthy industrialist with plans to take over the microchip market. Sneaking into Zorin's estates under the guides of someone with an eye to get into horse racing, a hobby Zorin very much loves, Bond attempts to figure out what Zorin is really up to, what his true scheme might be.

As it turns out, just owning a good portion of the microchip business isn't enough for Zorin; he has to wipe out the competition, literally. Zorin's plan is to cause a massive earthquake along the San Andreas fault system, effectively sinking all of Silicon Valley into the drink. This would make Zorin's chip business, and massive stockpile of chips, the only game in town and give the industrialist a monopoly on the market. Billions of dollars and millions of lives are at stake and only Bond can save the day.

At it's best A View to a Kill feels like a more modern Goldfinger (a classic of the Connery era). We have a wealthy madman with a scheme to make billions at the cost of "only" a few million lives, and the villain is even heavily invested in horses. The two movies don't align one-to-one, but they do have similar genetic makeup, almost like one film was nodding towards the other all casual like. 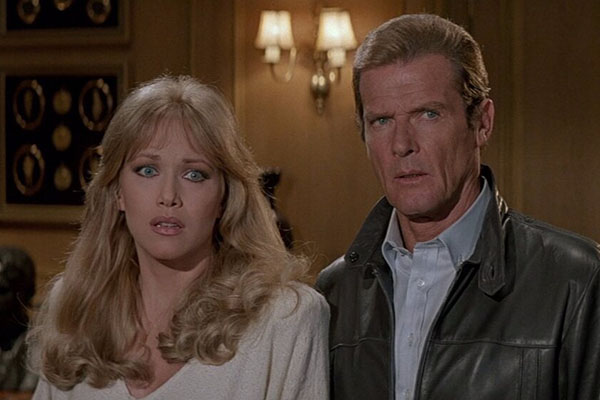 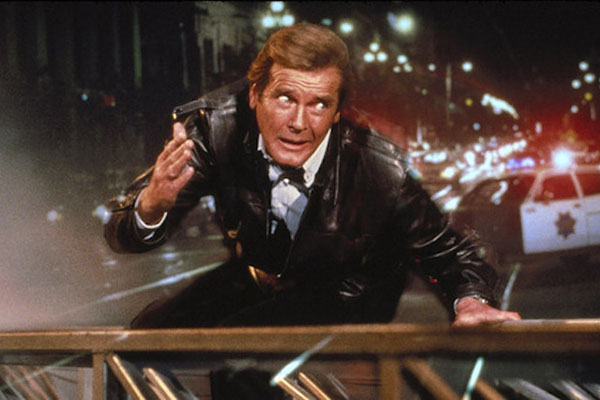 Of course, the big asset of the film is the villain, played gloriously by Christopher Walken. If you've ever seen Walken in anything (and of his innumerable roles) then you know the exact performance Walken gives here, with his specific drawl and weird intonations. He's a charismatic presence in anything he's in, but he's really well suited to play a heavy. He's believable as a madman because he can get it into the eyes, oozing charm while looking batshit-crazy through and through. Walken makes a pretty rote character into a force for Bond to reckon with.

There's also a bit of a old vs young undertone to the film. By this point Moore had been playing bond for well over a decade and, as well Connery in his last main-line performance (Diamonds Are Forever), it was pretty obvious that Moore had gotten a little too old to play this part. It works well in this context, though, because you have a suave, old-school, low-tech secret agent going up against a technological superman clearly half his age. Two world colliding to see who could come out on top. It's a dynamic that really worked.

The film also benefits from a different eye to the events. The soap opera filter is gone, giving (most) of the proceedings a more realistic style and tone. Yes, there are still moments when the actors are clearly acting in front of a projection screen (the sequence of Bond hanging from a fire truck as it tears through down town San Francisco is a real low point), but much of the movie feels more real, like it learned lesson from better films of the early 1980s and tried to emulate them.

Despite the outlandish plot -- a perfect story for the standard megalomaniac in these films -- much of the movie remains pretty grounded. It takes the "secret agent" part of Bond's resume to heart, setting him up with a fake identity (he doesn't just introduce himself as "Bond, James Bond" to everyone) and lets him slowly discover the mystery at stake. There's no over-reliance on gadgets to get him out of every mess, and much of the movie seems to take the idea of realism to heart. 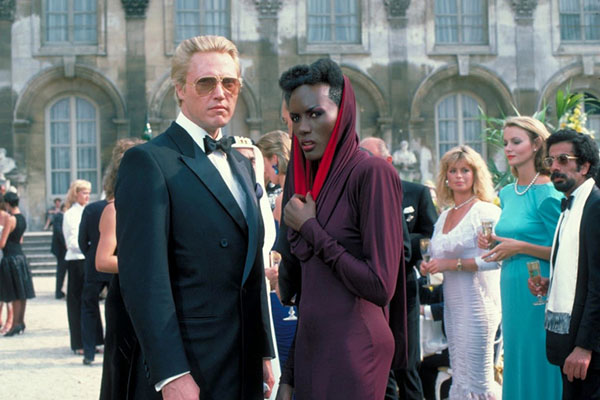 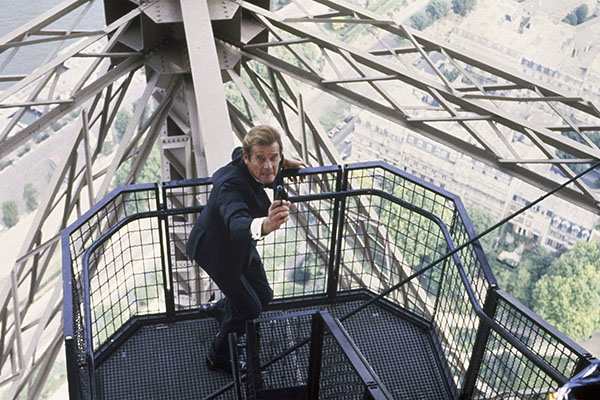 That said, clearly the writers and producers on the work had no idea home microchips worked, nor how the business of the technology world really functioned. The whole scheme is pretty bad when you actually think about it, but who ever said we had to think about these movies. After Moonraker every Bond plot feels more realistic by comparison.

There are flaws in the movie but, frankly, this was one of the more enjoyable, lightly paced films of the run. It benefits by a solid villain who has great chemistry with everyone, including Bond (clearly Moore was lifted up by Walken this time around). It is a pity that the best movie of Moore's run (before he retired from the role) had to come right at the end of his series -- it would be interesting to see where the films could have gone from here with Moore in the role, right as he was finally making great movies -- but at least the actor got to take his version of Bond out on a high note.