Oh No, Not Him Again!

As I noted over on my review of Octopussy, 1983 was an interesting time for James BondThe world's most famous secret agent, James Bond has starred not only in dozens of books but also one of the most famous, and certainly the longest running, film franchises of all time.. The main, EON Productions series had be struggling for a little while, with their movies increasingly turning to silliness no matter the attempts they made to stay grounded. Meanwhile, one of the original writers of Thunderball, Kevin McClory, won his case in court over the rights to that film and was allowed to go ahead with his own take on Bond. For one year we had dueling visions of the world's most famous secret agent and fans were left to wonder which version would come out on top. 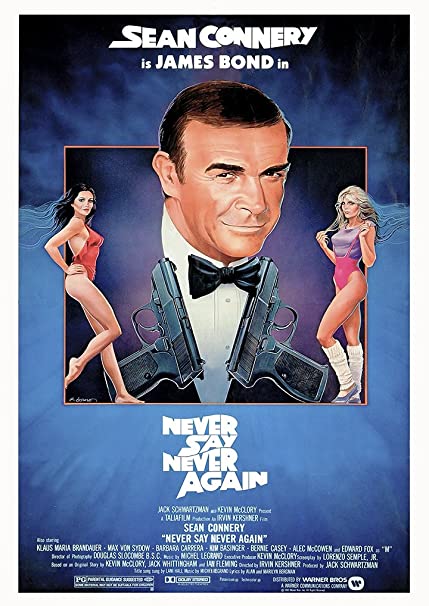 Not to spoil it for a nearly forty-year-old film but it wasn't Never Say Never and it's vision of Bond that came out on top. Not that it had much of a vision for the series going forward since it's a film that not only brought back the aging Sean Connery for yet another turn in his most famous role but it's also a remake of Thunderball that while, yes, it does change some details it can't really shake the fact that it lacks an original story to tell. This is a film we've seen before, with the exact same actor in the leading role, illustrating the very specific reason Never Say Never Again failed to catch the world on fire.

If you've seen Thunderball then you know the basic outline of the film. After a botching an early-film training exercise, Bond is sent to a spa to regain his physical form and luster. While there, though, he catches wind of a rather mysterious plot. Soon it all comes together, though, when it's discovered that two nuclear warheads have gone missing. Bond surmises that the people he spied at the spa were, in fact, plotting the theft of those weapons. And, sure enough, SPECTER soon comes calling, threatening the world if all the great nations don't send 25% of their GDP, every year, to SPECTRE (I presume the evil organization has one of the world's most successful Patreon accounts).

Bond, of course, is the only man that can hope to track down the bombs and stop anyone that might try to use them. Following the leads from MI6, Bond ends up on the trail of Maximilian Largo (Klaus Maria Brandauer), a rich industrialist who's also, secretly, a member of SPECTRE (secret in the same way that Bond is a secret agent). Along with his lover, Domino (Kim Basinger), Largo travels the world in his mega-yacht which also acts as his home base for his evil operations. Bond has to infiltrate Largo's floating base, track down the bombs, turn Largo's lover against him (because of course we will), and stop Largo at all costs. Saving the world should be old hat for Bond at this point.

The biggest issue with Never Say Never Again, as I noted above, is the fact that this movie isn't fresh. It's not just that the basic scheme is the same -- have someone pretend to be someone else (this time with a fake eye instead of plastic surgery), infiltrate a military base, and then steal two warheads so that SPECTRE can blackmail the world. It's also the fact that just about every major story beat is lifted from the original film. Bond went to a health spa in Thunderball so he has to do it here. Bond went to the Bahamas originally and falls for Domino there so, of course, he does it here, too. Beat for beat this film follows the exact same setup and story elements of the original film, and that drains all the life out of the movie. 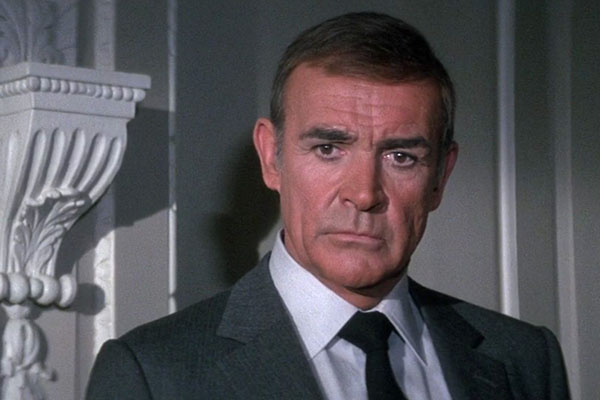 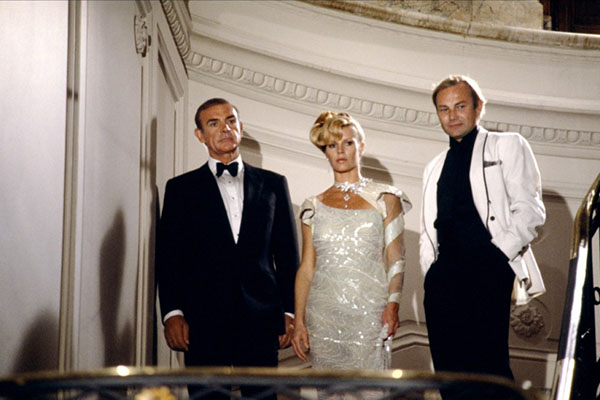 Remakes are fine, don't get me wrong. Generally, though, a remake of a film (or reboot, or whatever you wanna call it) is made when the original franchise has ended and, more often than not, it tries to really change the original story to suit a new ear, new elements, and new actors). This is the only case I can think of, though, where the original actor is brought back to remake his movie all over again, and it leaves this palpable feel of "been there, done that" over the whole proceeding.

Sure, some elements are changed, like the exact moment Bond meets Domino, or her exact connection to Largo. And, yes, this movie has been blitzed out with 1980s extravagance owing to when it was released, completely with the bond and hero having a battle over an arcade game, and Domino being super into 1980s-style modern dance. But the fact is that we're seeing all the same characters, in the same scenarios, doing the same things. No amount of 1980s pastiche can change the fact that we're watching Thunderball with the same lead actor going through the motions a second time.

Making things weirder is the fact that, owing to Connery's age at this point, the film pulls the "coming out of retirement" shtick for the character. This version of Bond has been teaching at the academy for a number of years, as if he left the role of "James Bond" behind so he could be a normal person but is then pulled back in for one last caper. I like this angle and if the film had done anything with it, had tried to say, "hey, we're going to tell a new story out of the material leftover from Thunderball," with a James Bond forced to pull one last gig, that could have been interesting. It could have poked at the old continuity, a winking nod to the fact that Sean Connery played Bond before and the movie knows it, so it could tell a tale tangential to the main EON series without being part of it.

Essentially there are way this film could have worked even if the main plot had to be that Bond goes after a terrorist who steals two nuclear warheads. Thunderball had a very specific story and McClory was limited to using that story, apparently, for this film and all future works -- note that this film didn't get a sequel and, later, when McClory wanted to make another Bond flick, with at-that-time retired Bond actor Timothy Dalton, it would have been yet another remake of Thunderball and not a sequel or new material based upon it. Clearly the producer was very limited in what he could do, but instead of finding ways to work within those limits they cranked out a very same-y film. 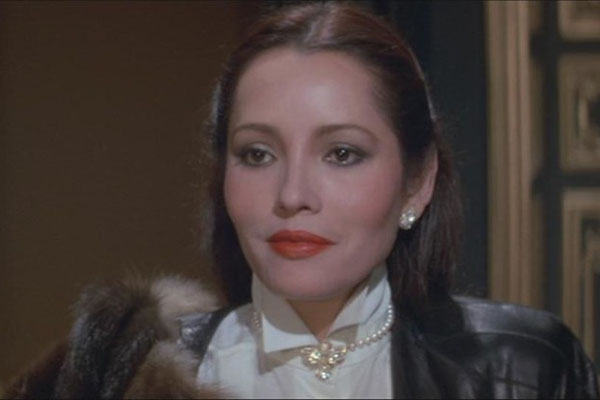 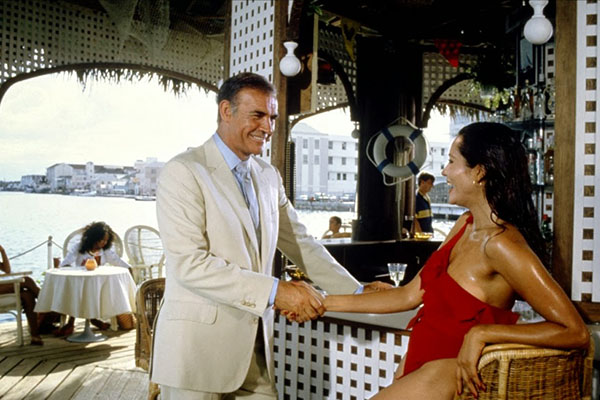 And it's sad, too because fact is that on its own Never Say Never Again isn't a bad Bond film. It's actually pretty watchable, all things considered, with Connery slipping easily back into the skin of his most famous role. He's still as suave as eve even if (as the film acknowledges) he's very old for the role at this point. If you'd never seen the original version of this story I could honestly think you'd walk away from Never Say Never Again having enjoyed the film. It's decently plotted, pretty well paced, and about as well thought out as any Bond film ever can be. It's at least a little better than most of the Roger Moore films, better even than many of Connery's own movies, and frankly a bit of enjoyable than the original version, Thunderball. I think Octopussy, which came out this year as well, was better, but only by degrees.

That doesn't change the fact, though, that the film is completely unnecessary. We didn't really need Connery back in the role again, and we certainly didn't need him going through the same motions of the same story he's already done. I understand that the producer had the rights and wanted to capitalize on it, but what he crafted is perhaps the single most unnecessary film in the series so far.