The One Set in Europe

With the huge success of the 2001 remake of Ocean's Eleven, a sequel was all but assured. That's not to say the first film necessarily needed it -- although the film ended with a big of a tag-ending, a tease towards a possible sequel, there weren't very many threads left hanging. We could have had all our heisty-heroes head off into the night, richer and happy, and assumed they all live happily ever after. That isn't how Hollywood works, though. 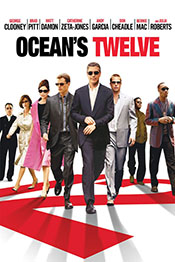 Picking up a little over three years from the first movie, Ocean's Twelve finds out pack of suave operators living their various versions of "the high life" with all the money they made on the big score. One by one, though, Terry Benedict, villainous casino owner from the first film, comes calling demanding his money back. The guys are given two weeks to recoup all the money, with interest, and pay back Terry what he feels he's owed. Since they're essentially too high-profile to work in the U.S., that means going overseas to perform a few scores and get the scratch together.

Unfortunately for our favorite crew of criminals, there's another criminal working over in Europe. Named "The Nightfox", this master-thief had his ego slapped when people started saying that the heist in the first film was the best heist ever planned and Danny Ocean was the best thief around. The Nightfox was the one that tipped-off Terry Benedict as to who robbed him in the first movie, and now he wants "Ocean's Eleven" to play a game, for them to each take their stab at stealing a priceless treasure, to prove who the best thief is. If the guys win, the Nightfox will pay their debt to Benedict. With time short and their lives essentially on the line, the guys have to plan another big heist in a short amount of time.

Credit where it's due, Ocean's Twelve is not the same kind of movie as the first flick. Instead of one big score set in Vegas, the change of locales, and attempted heists, puts a new spin on the whole affair, making the film feel like a very different movie. Just moving the action to Europe changes the feel of the movie, but with shifts in plotting and tone, the film certainly feels like the producers wanted to shift would could be done in the Ocean's universe.

That said, Ocean's Twelve is nowhere near as good a flick as the first one. For starters, it's nowhere near as lithely paced or slickly produced. The film feels grittier, grainier, like a different film stock was used to give the whole affair a grungy feel. It's also a shaggier story, with more time spent watching the guys spin their wheels and reaction to things (instead of having everything plotted out ahead of time). The story requires this kind of plotting, sure, but it drags the runtime down, making everything feel slower and less coordinated. 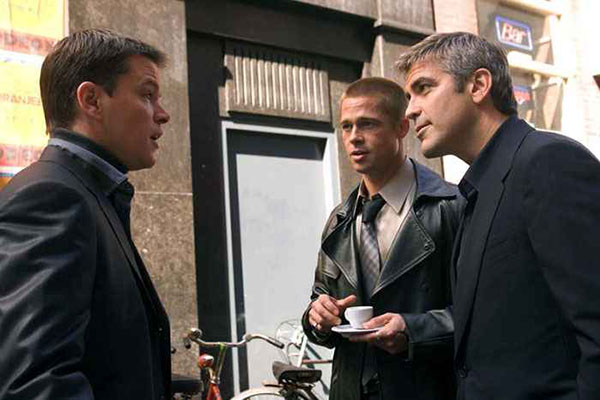 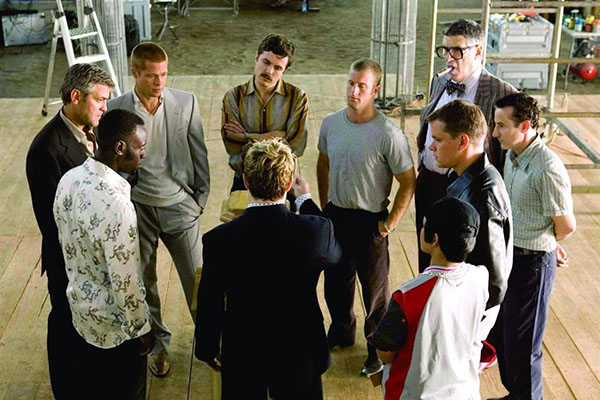 The film is funny, with some really laugh-out-loud sections, but it's not as funny as the first one. There's a lot of time watching the guys try, and then fail, to do things this time around, and while that's occasionally funny to see, much of the humor from the first movie was in the witty banters and the various reaction shots. Here, with everyone on edge from the pressure, the witty banter and back-and-forth playfulness is tamped down. It's not as gleeful a movie which hurts the good-times. It's just not as lively or enjoyable movie because of it.

Of course, the film is still well acted, but it's curious how little time many of the actors get this go-round. While the first film was certainly an ensemble film with every character getting their part to play, Ocean's Twelve relegates a number of them to background characters and also-rans. The ones with the most screen time are Clooney and Pitt (with an expanded role for Roberts, which is good). Others, though, like Bernie Mac, are seen for a couple of scenes and then disappear for huge chunks of the movie. It makes you wonder why they were even included (essentially to get the team of guys up that magic "Twelve").

And then there's the Nightfox, and underwritten character that is supposed to act as the villain. He's introduced nearly halfway into the film and given a fantastical backstory, but his scenes are few and instead of feeling like a menace to the guys he comes off as a petulant child. Some of this is due to the story, his desire to be the best and punish another team for stealing his glory. But the actor they got for him, Vincent Cassel, just seems bland. He doesn't invest enough in the character to make the master criminal a heavy so he never feels like a real threat.

Parts of the movie do work -- I didn't hate all of it. The final sequences are good, and there's a pretty good twist at the end that plays well to the strengths of the main crew as con-men. I legitimately didn't expect the last twenty minutes to play out the way they did and my biggest wish was that the rest of the movie would have had that same charm, style, and twistiness as the final sequences. 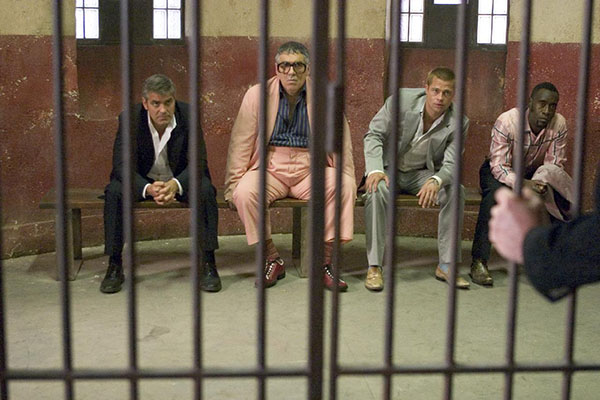 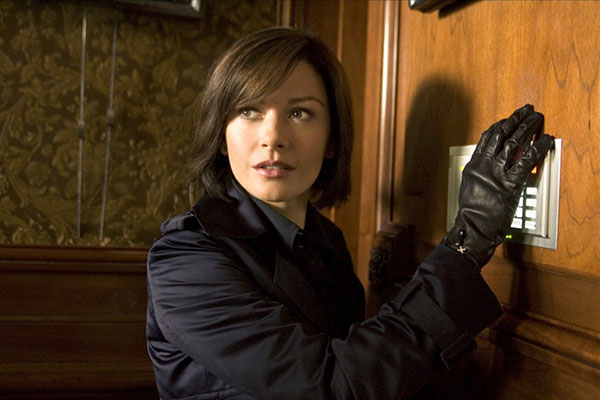 Ocean's Twelve isn't a complete betrayal of the first film, but it certainly does raise the question of if a sequel was even necessary. This kind of shaggy, formless story doesn't really suit our slickly put-together team of bandits. A different, more focused movie would have been a better choice to follow up the adventures of Ocean's Eleven. Thankfully, with the third and final main-series entry, Ocean's Thirteen, we get a sequel up to the gifts of our favorite con-men.