Let's Do a Heist!

Ocean's 11 is a forgettable film. No, I'm not talking about the 2001 film directed by Steven Soderberg; that film is a magical heist movie that still holds up even today. Instead we're discussing the original film from 1960 that acted as inspiration for the later, four-decades-removed remake. The later film is an absolute gem while the original movie is an utter snore that, had Soderberg not come along to remake it, I doubt anyone would even remember it existed. 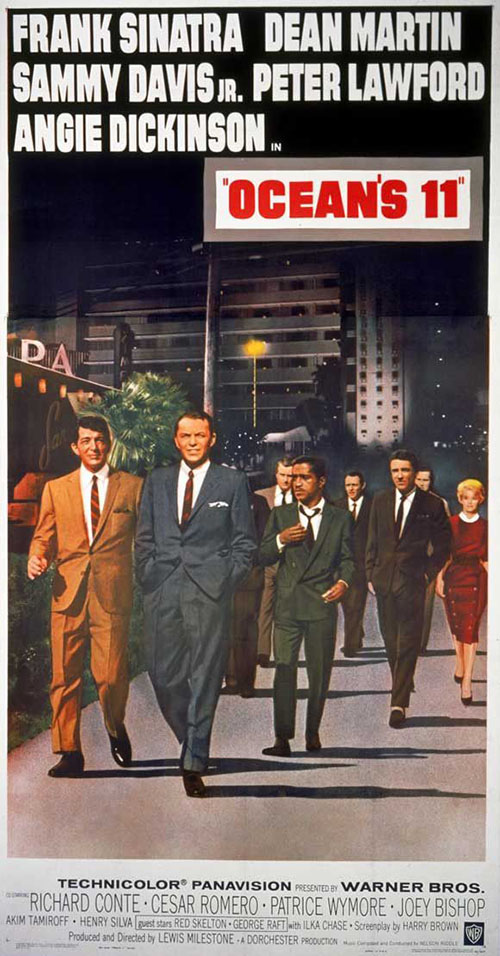 Created during the height of popularity for the "Rat Pack" -- an informal group of Las Vegas performers that included Humphrey Bogart, Lauren Bacall, Frank Sinatra, Dean Martin, Sammy Davis, Jr., Joey Bishop, and Peter Lawford -- Ocean's 11 is a "hang out" film, essentially letting audiences enjoy being in the presence of all these stars at once. That seems to be the main selling point of this film as, in all other respects, it's just a tedious chore of a movie. Yes, there's a heist in the middle of it, but the film seems to have more fun just bouncing the thinly developed (and even more thinly acted) characters against each other while they all spend a vacation in Vegas. To call it a film is overselling how much investment was made in the actual production of the movie.

The story, such as it is, finds Danny Ocean (Sinatra) pulling together ten of his old army buddies from the 82nd Airborne (in which they all served) together to pull a heist. Somehow he and his buddies Sam Harmon (Martin), Josh Howard (Davis, Jr.), Jimmy Foster (Lawford), and "Mushy" O'Connors (Bishop), have figured out that five casinos in Vegas -- the Sahara, the Riviera, the Desert Inn, the Sands, and the Flamingo -- can all be robbed at the same time with just a little trickery and a smidge of planning. All it requires is five, two-men teams, each set on a casino to hold up the joints and take the cash from their counting offices. Oh, and one tech guy to wire each of the casinos to unlock their cash room doors during a black out.

Of course, getting the money out of the casinos is only half the battle. Getting it out of Vegas is an even bigger trick, and as the cops (and men sent by the casino) start to circle the city, Danny and is men have to lay low and hope no one figures out who pulled off the heist of the century. But were Danny and his men as clever and covert as they thought? Can they really get out with the money or will it all go up in smoke?

Frankly (and so far everything about this review has been frank), Ocean's 11 has about 30 minutes of actual plot in its overly-long run time. Bear in mind that this is a two-hour-long film that spends a long time gathering all its characters together. We don't even get all eleven men in the same room until the 50-minute mark, and even then we don't really get to anything even resembling a heist until nearly an hour-thirty into the film. The pace, to put it mildly, is sluggish. 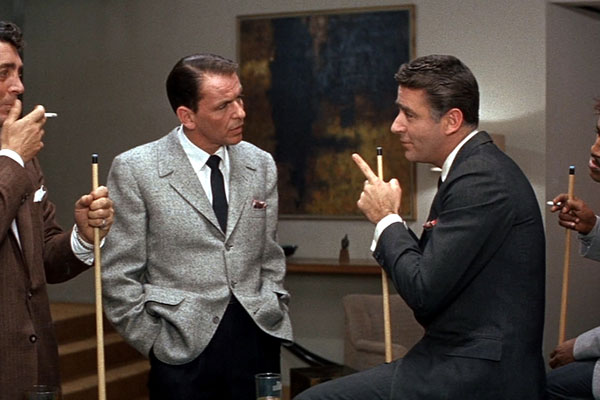 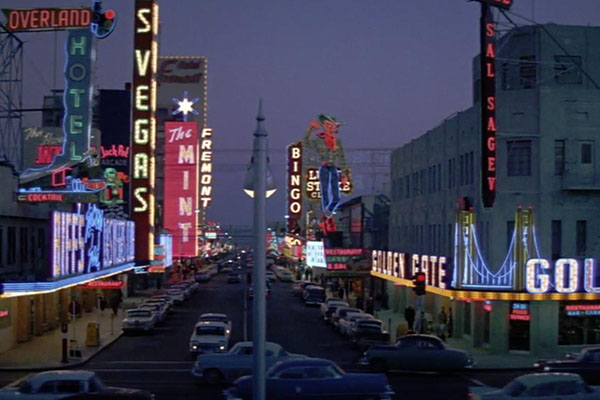 In comparison to the remake (and I do feel like we have to compare this film to the superior remake), that initial 50 minutes of "getting the boys together" is in both films. The trick is that the remake uses that time to efficiently and effectively introduce each of the characters and let us know a little something about them. The 1960 film, though, doesn't really tell us anything about any of the characters, at least not in a way that matters. Some of them are married, some can sing and dance, some of them don't seem to have any personal lives at all, but very rarely does any of it matter. Hell, the men are all blank slates and interchangeable enough that I could even tell half the time who we were following around and which casino they were working over.

Motivation is a big factor in the remake -- for Danny the job is personal as well as professional -- and there is no real motivation in the original 1960 film. All the men want to pull the heist for the money but there's no villain to vanquish, no reason for them to do it beyond simple greed, but we don't know enough about their lives to know if the money is something they truly need or is more just a greedy "want". Hell, only one character actually gets into their finances and they're a rich, trust-fund kid so the money clearly isn't that important to him. We just don't know enough about the men to care if they succeed or not.

The lack of a villain certainly doesn't help, but even the casinos themselves lack any personality. The big casino complex of the Bellagio in the remake (where all three casinos lead to a single vault deep below) is its own character, with the halls and and floors of the building becoming familiar to the viewers as well as the guys running the heist. In the 1960 film, though, the five buildings are interchangeable We never really learn why it has to be these five specific casinos (other than maybe they were the only casinos in Vegas at the time) and there's no connective tissue to hold it together. The casinos aren't characters, there's no relation in the plan, and it all just happens simply because.

It's the pacing, though, that really holds the film back. All of these flaws would be forgivable if the film was a svelte hour-fifteen -- introduce the guys at the planning stage, immediately move to the heist, and then quickly have them try to get out of Vegas with everyone breathing down their neck -- but an two-hours this film just meanders. It doesn't really do anything fun or interesting with its lead characters, it just has them go through the motions with the thinnest amount of "development" in the process. The amount of time it wastes on absolutely nothing of importance is absolutely unforgivable. 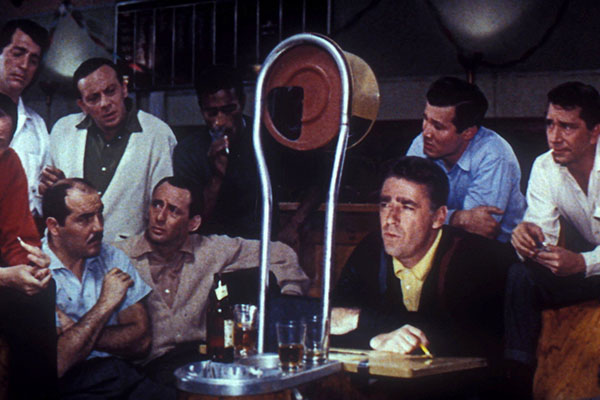 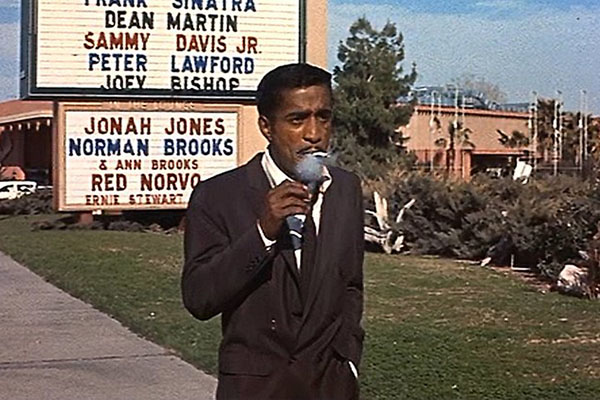 But hey, if you wanted to hear Dean martin sing two renditions of "Aint Love a Kick in the Head" or Sammy Davis, Jr. sing "Eee-O-Eleven" (with a reprise), this film has you covered. There are a lot of shots of performers going about their business, singing and dancing, practicing routines and staging their performances, enough to remind me of all those bad Blaxploitation films I've seen where there wasn't enough story to fill a theatrical-length movie so they filled time with a couple of lounge act performances. That's Ocean's 11, a overly long lounge act that just so happens to have a heist going on somewhere in the background.

Were it not for Soderberg's far superior 2001 remake (that took the best elements of the 1960 movie so it would recognizably be "inspired by" and ditched everything else) I doubt anyone would ever talk about the original Ocean's 11. One of them is an instant classic, while the Rat Pack-starring one is the exact opposite.