Reign of the Supermen (DCAMU 12)

SupermanThe first big superhero from DC Comics, Superman has survived any number of pretenders to the throne, besting not only other comic titans but even Wolrd War II to remain one of only three comics to continue publishing since the 1940s. dying was a big deal back when it happened in the 1990s. Here was the symbol of hope and peace and justice, of America really, and some random monster from space took him down in a no-holds-barred fight to the death (as it worked out, death for both of them). There was genuine mourning for the lost hero in the real world even though he's a fictional character. People put out memorials to Supes. Hell, I think new York put up a statue for him (not sure if it's still up, though). He was dead and America had lost an icon. 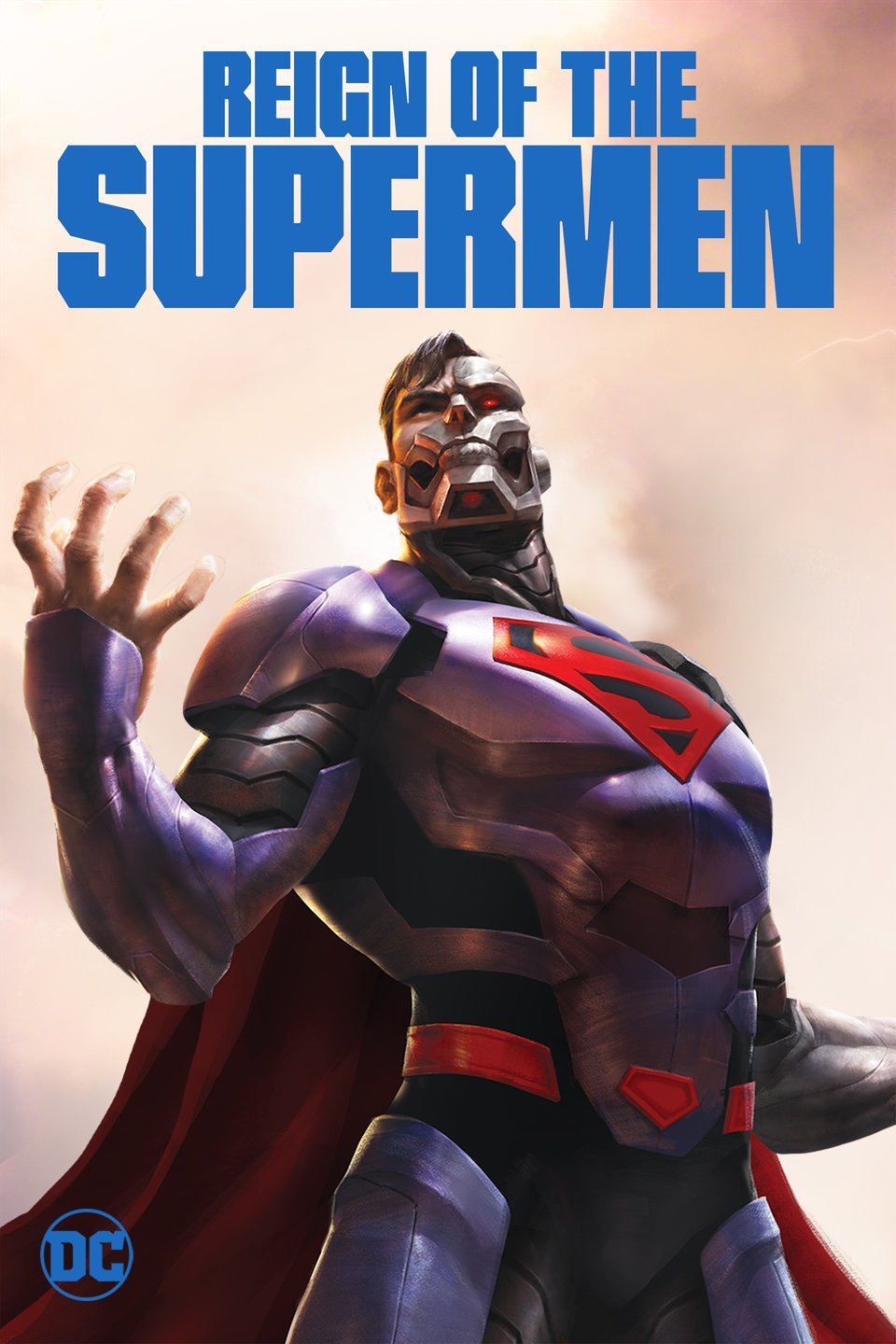 Of course, Superman is a comic book character and anyone that's read enough comics know that the comic industry can roll back any change, including the death of a character (for instance, just how many times has Jean Grey died?), so it came as no surprise to comic fans that soon after he died there were already rumblings of the American icon making a quick return to the comics page. Death is a revolving door so no matter how big a deal Superman's death might have been it was never going to be permanent. There were only three deaths in comics that were considered sacrosanct -- Jason Todd, Bucky Barnes, and Uncle Ben -- and even two of those were eventually rolled back (sorry, Uncle Ben). Superman couldn't stay dead, but I don't think anyone expected him to come back as quickly as he did. He died, there was maybe a couple of issues of mourning, and then DC ComicsOne of the two biggest comic publishing companies in the world (and, depending on what big events are going on, the number one company), DC Comics is the home of Superman, Batman, Wonder Woman, and just about every big superhero introduced in the 1930s and 1940s. launched "Reign of the Superman" with the central mystery: which of these guys is the real Superman.

That issue -- Superman is coming back lickedy-split -- has been a problem with every adaptation of the whole "Death of Superman" comic arc. Either the producers try to cram it all into one movie (Superman/Doomsday) or they ham-fistedly rush the return as quickly as possibly so there's no emotional stakes involved (Batman v Superman into Justice League). When talking about the DC Animated Movie UniverseWhile DC Comics was amping up production on this big "MCU-killer", the DC Extended Universe they were also quietly putting together another shared movie continuity, the DC Animated Movie Universe. This series was more closely related to the comics, directly adapting a number of famous storylines to, arguably, better effect than the live-action movies could. adaptation of The Death of Superman, I rewarded the film for investing in Superman as a character, taking time to let us learn about him and Lois, to develop and emotional connection with both of them, so that his eventual death had weight.

We'd already seen Superman repeatedly over the course of the DCAMU, and now we had a movie investing heavily in him specifically. It gave us time to really get to know him over the years so his death mattered. This was something the DCAMU version had over the DC Extended UniverseStarted as DC Comics' answer to the MCU, the early films in the franchise stumbled out of the gates, often mired in grim-dark storytelling and the rushed need to get this franchise started. Eventually, though, the films began to even out, becoming better as they went along. Still, this franchise has a long way to go before it's true completion for Marvel's universe. where that series gave us one movie just about Supes, one movie in the whole series, before it elected to kill him off in the next one, and then bring him right back in the next immediate movie chronologically starring all the major characters. The only question I had, after The Death of Superman, was how long would it be before they brought Superman right back from the dead (because of course they would). Sadly, the answer was, "almost immediately."

Although technically Constantine: City of Demons takes place next in the series, the next major film is really Reign of the Supermen meaning we don't get much time mourning before (some version of) Supes is already back. Having some time without him around, to really explore what it means for Superman to be gone completely from the world (maybe a movie like "Justice League: World Without a Superman") could have helped to really sell this new reality. Instead, we just jump ahead a few months and already we have new Supermen showing up. 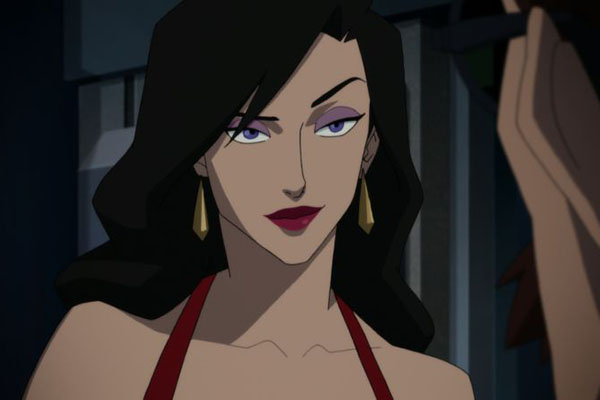 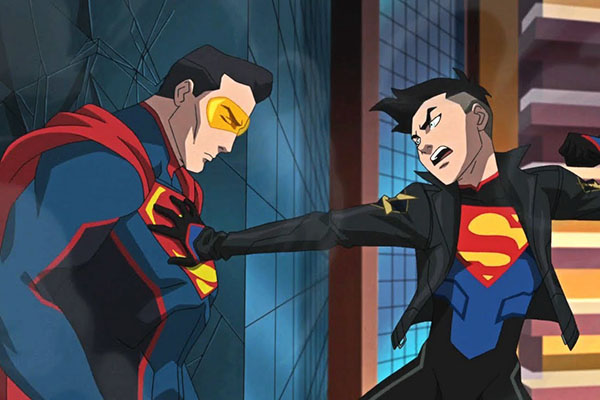 Yes, plural. Supermen. That's because in the wake of Superman dying, four new "heroes" arrive on the scene: Steel, a man covered in head-to-toe body armor wearing the big guy's symbol; Superboy, a genetic clone of Superman who is just about as close to the real things as he could be, simply younger; Cyborg Superman, a man that looks like he was cobbled together from bits of Supes but is lacking all his memories; and the Eradicator, a visor-wearing super-being who looks a lot like Superman but who is very strict, and very blood-thirsty, which it comes to enforcing the law. All of these guys essentially claim to be Superman (or at least to carry on his name), but only one guy can be the real Superman.

How, you might ask, could Superman come back from the dead? The answer is that, due to Earth's yellow Sun, Superman basically can't die. His body may shut down, but his super-charged cells will eventually repair themselves bringing him back from the brink time and again. That's essentially what happened here: he was stabbed through the chest with a giant claw, destroying most of his organs, plunging him into a death-like coma, but his brain kept on going because of those tasty yellow sun particles. And so, somehow, he eventually comes back to fight the good fight and take on the one false claimant for the title of "Superman".

This storyline, at it's core, feels very 1990s. Want to shake up a character? Kill him. What's better than one Superman? How about four of them (five, counting the original, really). This storyline worked in the 1990s because of the era and what fans expected, but it's hard to say it's aged well two decades later. I mean, it's fine for what it is but let's be honest, it never had much nuance or deep storytelling. A bunch of Supermen show up, one of them is bad, and the real Superman has to stand up and take the wheel. It's 30 minutes of story that has to be fleshed out somehow (a trait this movie shared with its direct predecessor). But while The Death of Superman found a way to get us to invest in that slight story by saving the big set piece for the end, this sequel, Reign of the Superman isn't able to get us to invest in the same way.

The main issue is that the first film focused tightly on just Superman and Lois, two characters tied together by their feelings for each other, so it was just one unified storyline we could focus on fully. Here, with four Superman, each with their own plot lines, their own needs, their own stories that have to be explained, the movie feels a lot more disjointed, a lot less focused. Some characters fare better than others -- Steel and Superboy come out great, Cyborg Superman failed to make much of an impact, and the Eradicator is a barely there character glimpsed a couple of times and then ignored -- but none of them get the same level of care as Clark and Lois in the previous movie. 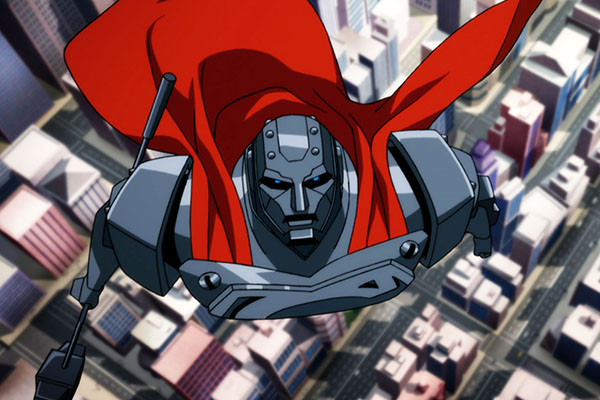 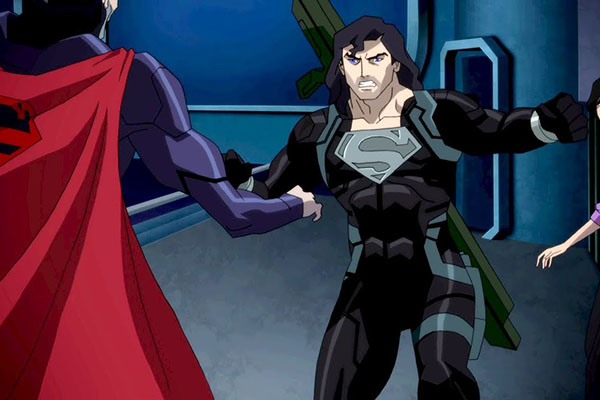 Could this film have been saved? Sure, but not within this movie. I think what we really needed before Reign of the Superman were a few movies to setup the new world and slow introduced all these new Supermen. Let us mourn Supes on his own, then maybe give us Steel or Superboy, then Eradicator, each showing up as side characters in other films (after this movie we have Batman: Hush and Wonder Woman: Bloodlines, so if we caught glimpses of the characters in those films to show the world is continuing on, that could have done the trick). Then, when Cyborg Superman is introduced in this movie he can gain the weight of being a real character. Maybe give him a similar story with Lois to parallel her tale with Superman in the first half. That way when (spoilers for a twenty-plus year old storyline) Cyborg Superman turned evil it would have had real weight.

There are the bones of a really interesting story here but, due to the constraints of cramming all this into a single movie, a lot of potential deep storytelling was lost. As a single adventure Reign of the Superman is fine. It's a tad rushed, with lots of sound and fury but not much in the way of character. It's fun to watch, sure, and there are great action moments, but all the deep emotional connection we had in the previous movie, The Death of Superman, is lost here. After that film I was hoping for a lot more than Reign of the Supermen was able to deliver. Maybe that's on me for expecting too much, but DC did such a good job with the first half I really wish they could have done better with the second part.

Still, we did get two great new characters out of it so maybe it wasn't a total loss. Whatever qualms I have this this movie and it's rushed storytelling, at least we'll have Steel and Superboy to use in future installments of this shared movie universe.