The Rise (and Fall) of Zod!

It's been a year since we last checked in on Krypton, the "SupermanThe first big superhero from DC Comics, Superman has survived any number of pretenders to the throne, besting not only other comic titans but even Wolrd War II to remain one of only three comics to continue publishing since the 1940s. without Superman" show that aired on Syfy and featured Adam Strange, a C-list DC ComicsOne of the two biggest comic publishing companies in the world (and, depending on what big events are going on, the number one company), DC Comics is the home of Superman, Batman, Wonder Woman, and just about every big superhero introduced in the 1930s and 1940s. superhero traveling back to Superman's home planet before that world blew up, trying to prevent, somehow, Superman's erasure from history. That plot line was sort of resolved by season's end, with Zod taking over the planet, reviving Superman in the "future", although now he was part of house Zod, not house El. The future was still in peril. 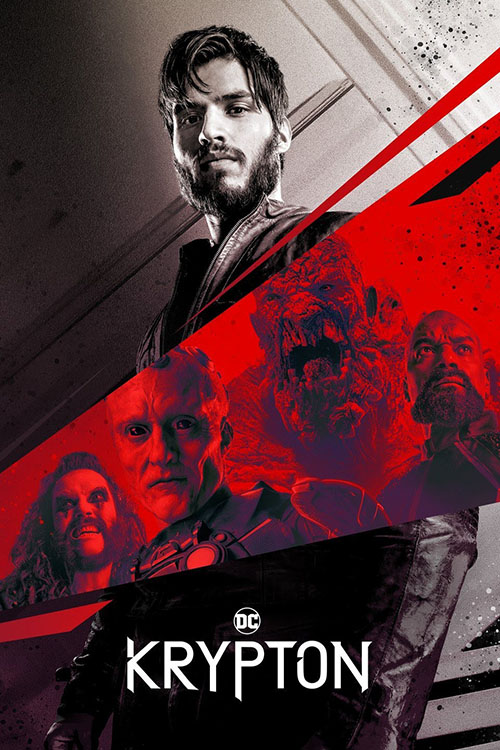 After that ending, the series promised to add a new, complex dynamic, giving General Zod (yes, that General Zod) a fully developed storyline has he's come back to change history and strengthen Krypton for decades to come... well, at least the people, moving them of planet and basically conquering every planet for here to Earth in the process. It's a bold storyline in concept, but the way the series handles it, with its shoestring budget, is to isolate a bunch of the characters from the first season, put everything against a bland war story backdrop, and then spin its wheels for a full season. Perhaps there's a reason the show was canceled after this second run of episodes.

The first season did end in spectacular fashion, having founds it footing early on and told a story vastly more compelling than its concept would have led you to believe. By the end, Zod (Colin Salmon) has taken over Krypton, turning it into a militaristic world. Meanwhile, Superman's grandfather, Seg-El (Cameron Cuffe), was accidentally sent to the Phantom Zone along with Braniac (Blake Ritson), where he ends up trapped for months. Adam Strange (Shaun Sipos) tries to find a way to save his friend from the Phantom Zone, which leads to both of them stranded on Braniac's home planet, fighting the sentient computer has he tries to take over Seg and use him as a new and more powerful host.

Unfortunately, before these guys can get back to Krypton they first have to kill of Braniac. Then they have to battle Lobo (Emmett J. Scanlan), the galactic bounty hunter and "Main Man" himself. Even after that, once they get home, they'll find Krypton in the middle of a war, as separatists on Krypton's moon, Wegthor, led by Seg's grandfather Val-El (Ian McElhinney) and former terrorist Jax-Ur (Hannah Waddingham), attempt to overthrow Zod and his imperial desires. Getting Zod off Krypton's "throne" won't be easy at all.

The show certainly didn't lack for ambition, stacking a bunch of new characters and situations onto the show, all in an attempt to raise the stakes and keep the show moving forward. I have to assume that was the attempt, and in the right hands it might have worked. Unfortunately I don't think Syfy was the right shepherd for this show's second season as, between the low budget, executive demands, and a lack of support, the show floundered, never really finding its feet the way the first season was able. It creates a muddled mess of a season that fails to go anywhere and the peters out right when it should have picked up speed. 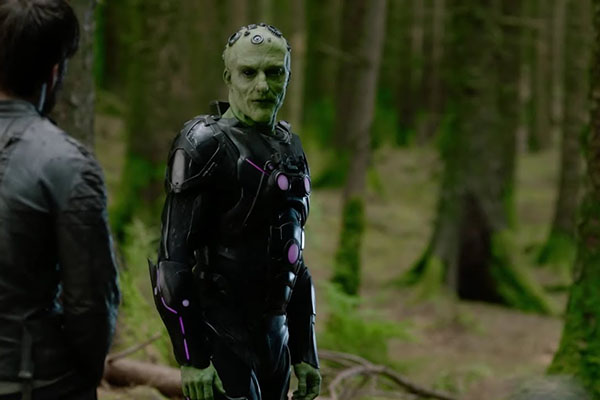 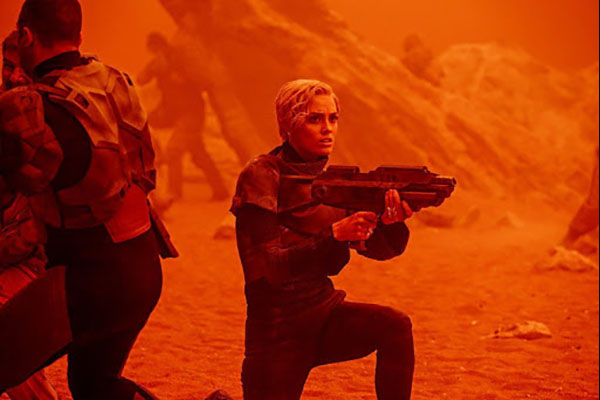 The first error the season commits is splitting up all the characters we knew from the first season. Seg and Adam wandering on their own adventure was fine and would have made for a solid A- or B- plot to the show, especially since these two guys have great chemistry and the bad guys they were fighting, Braniac and Lobo, were entertaining and engaging. But as a plot line that built out of the previous season's cliffhanger, the show resolves all of these troubles way too quickly. Seg manages to escape the Phantom Zone in a single episode, then defeats Braniac in the next ep, only to then finish the job, and escape Lobo, in the third episode. This was a a galaxy-hopping arc that could have lasted most of the season, but the show-runners didn't have the desire, or ambition, to really play it out. There's a promise of epic scope here then betrayed to rush everyone back home.

It would have helped if the storyline back on Krypton were interesting, but because it's focused between Zod and Val, two characters that weren't really major factors in the previous season, it has the opposite effect. All the characters we actually liked are either sidelined in this major storyline, or such as Georgina Campbell's Lyta-Zod or Wallis Day's Nyssa-Vex, act so different from their characters in the first season they may as well be different characters entirely. In the case of Lyta, this is actually explained as her character this time is a clone of the original, reprogrammed to act different, but that doesn't help matters instead only exacerbating the problem.

Plus, frankly, a war story need epic scale and a wide scope. Instead, though, we're told the story across essentially two locations and a handful of characters at those locations. What should be large armies battling each other is maybe a ten or so guys on each side shooting at one another. This isn't the grand army Zod speaks of, something we never actually see, but a couple of guys throwing together a Nerf fight in their basement. It undercuts the scope the show is trying to sell.

This is the problem with a story of this nature: you have the have the means and the budget to pull it off. The show, though, bit off way more than it could chew, sticking itself in a storyline it didn't have the ability to tell properly. Instead of recalibrating and finding some new angle on the material, though, the show just pads out the length of it, wasting time with characters going back and forth between the planet and the moon, making a lot of speeches but not actually doing anything. When we finally get a proper battle near the end of the season it already feels like too little, too late, and then the storyline just ends. It simply doesn't work. 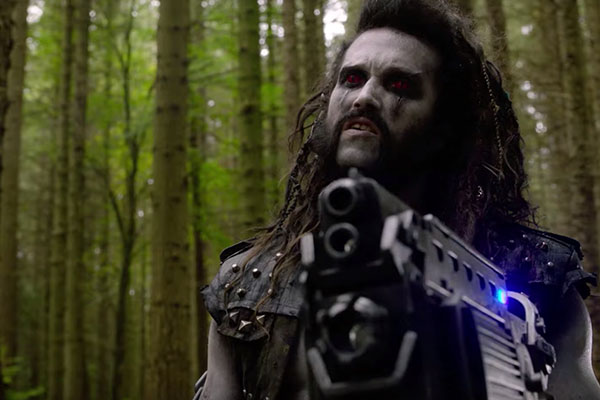 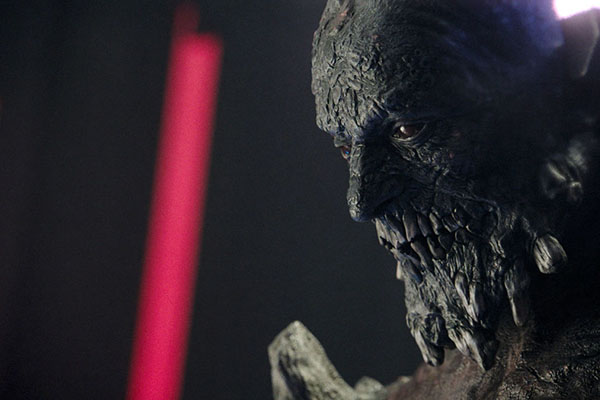 This is what leads me back to the thought of having Adam and Seg traveling the cosmos, trying to find a way home. They could have visited a bunch of little alien worlds, star-ports, and seedy underbellies of galactic civilization, getting into scrapes and having any number of one-off adventures that helped to keep the momentum flowing. While that acted as our A-plot, we could have had little check-ins once or twice an episode, showing Zod building his forces, taking over one city after another on Krypton, while each move the separatists made was easily defeated in the process. Then, by season's end, when Seg and Adam finally made it back to Krypton, it was to find a world almost completely dominated by Zod. At that point, having proven to be a strong villain, any battle between Seg and Zod would have had a confrontation that was earned, with the defeat of Zod feeling like a real catharsis.

That's a budget-friendly way to handle this kind story without breaking the bank. Plus, it would have set up a lot of worlds for the proposed spin-off, Lobo to explore later. Instead, though, all the momentum of the first season was lost, squandering audience attachment on this tedious season, Syfy quickly pulled the plug on the show after, also axing the Lobo spin-off that was in development, reducing this continuity to ashes. Amusingly, the DC Universe streaming app still doesn't show an ed-date for the series, as if this show could get picked up for a third season. That's doubtful though; Krypton is as likely to get a third season as DC Universe is to last to the end of he year. Both are just wishful thinking.

I really liked the first season of the show, raising itself above the dumb concept of "let's make a Superman show without Superman". This season, though, is a tedious bore that never gets going and just limps to the finish. I still liked Seg and Adam (and Lobo and Braniac) and would have liked seeing further adventures of these characters. But I agree with Syfy (at least in this instance): canceling this show was the best thing that could be done. It'd already run out of energy and completely run its course, whether all its plot lines had been resolved or not.