Moonlight Shines on the Night of the Dark Knight, At Night

With the success of Batman Begins, it was all but assured that Christopher Nolan would be brought back to make a sequel. His visions is a good part of what made the first movie successful so he would have been needed to maintain the series moving forward. And, after a short break to make a non-Batman movie (the fantastic The Prestige, which one day I need to cover on this site), Nolan returned for the best film in his (eventual trilogy): The Dark Knight. 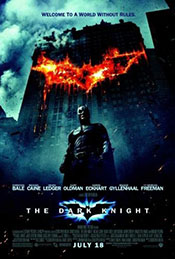 I want to start this discussion with the note that while I feel The Dark Knight is the best film of Nolan's Dark Knight trilogy, I don't think it's the best Batman movie. The reason I say that is The Dark Knight isn't really a Batman movie -- while he's nominally the main star of the show, the character that would get asses in seats, this film is much more of an ensemble production. Batman isn't the only hero, as plenty of focus is places on the cops (with Lt. Gordon in the lead) and the D.A.'s office (and Harvey Dent). In fact, Dent is played up as the eventual, potential savior of Gotham in the movie, the "White Knight" that will ride in and save the city in a way Batman never can.

That said, the real star of the show is The Joker, as played by the absolutely fantastic Heath Ledger. Before The Dark Knight, I would have argued that the best on-screen Joker ever was the version from Batman: The Animated Series (as voiced by Mark Hamill). Hamill's voice work for that series was absolutely phenomenal, and for many years, any time someone had to voice the Joker in a movie or show, they tried to do the "Hamill" voice. But then Ledger came onto the scene. His performance in next-level, full of visual ticks and verbal modulations, all to emphasize a person both seemingly on the edge of chaos and shockingly, dangerously sane. He's in command of every scene he's in, controlling all the other characters around him through his perfomance. It's no wonder he won an Academy Award for this film (despite it being a superhero movie).

Admittedly, Ledger died soon after filming. Some thought that the Academy gave Ledger the Oscar as a kind of "pity award" for his death. I think, though, that his death simply allowed the Academy members to go "you know what? If this wasn't a superhero movie we would have given him an award for this no matter what. So let's do it now. This performance earned it and we should have been willing to do it all along."

Ledger's performance is just one part of what make the Joker so good, though. The story behind him, and the way the movie handles his character, make this the most fully-realized version of the character yet seen. I've read theories online that state the Joker is clearly ex-military, not a soldier but one of the covert-ops, military intelligence kind of guys. That seems like a theory that suits this character: he's a guy in command of everyone around him. He clearly knows how to organize people, how to movie and plan and stage operations. Many of the things he does strike me as the kinds of things Kilmonger (from Black Panther) was attributed as doing -- destabilizing governments and sowing chaos. The Joker is clearly quite good at doing this just from his actions here in Gotham as the citizens are never able to keep up with him and even Batman struggles to figure out the villains next move. 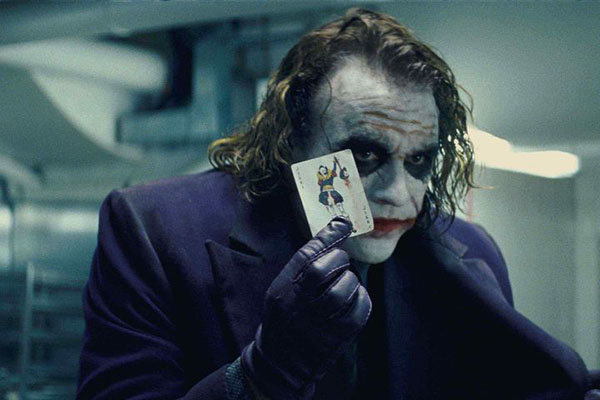 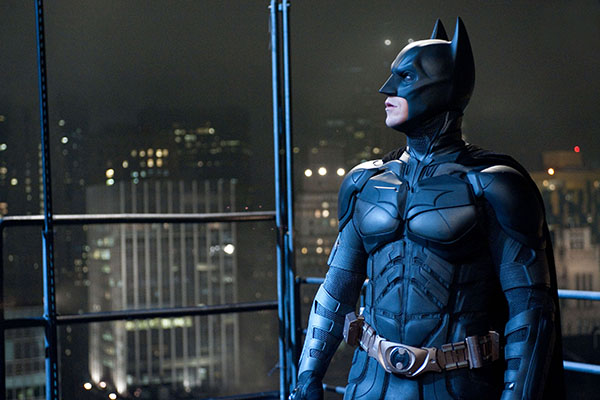 You also have to take into account how he focuses on people and seems to always be playing with their heads. The interrogation scene is a prime example; here, Joker essentially counter interrogates both Gordon and Batman, giving less information about himself and his plans than he gleans from the heroes of the scene. He plays them, feeding their fears and their weaknesses, and only giving up morsels of information when it suits his needs and his plans.

Now I've heard some critics complain about how the Joker is always one step ahead, that it seems like sometimes his plans require him to get caught and sent to jail just so he can make his next move. It's a trope many other movies have used in the years -- take the Bond movie Skyfall where the villain, Raoul Silva (Javier Bardem), has a big plan to get back at MI-6 (British Intelligence) and it's leader, M, for betraying him. To do this, Silva gets himself captured, which is then the first step of a hugely elaborate sequence that only works if he gets captured. Compare that to the Joker who gets caught and then turns it to his favor -- sure, he has contingencies in place to make sure if he gets caught he gets the results he wants, but he states time in again in the movie that he has contingencies after contingencies. It's not like he wanted to get caught by the police. If he did, though, he had a plan for it. And another. And another after that.

If it feels like this review is all about the Joker, well... right that it should be. This is his film, despite the fact that we have a great plotline about Harvey Dent (and his eventual fall to become Two-Face), plenty of fantastic scenes with Alfred and Batman, and a tightly plotted, well executed movie from start to finish. In the end, though, what you walk away from the movie remembering is the Joker. The movie could have been called "The Joker, also featuring Batman" and it would have been just as accurate.

There are very few things I could be critical about, really, in this film. Some of the action isn't well executed -- Nolan's action direction in this film (and the previous) tended to have choppy editing and weird angles, blurring the action to the point, at times, where it was hard to follow what was going on. There's also a few instances where the action is broken up by random characters making one-liners, crappy jokes that add nothing to the scene they're in and actually mute the thrills of the action sequences. And, honestly, the last 15 minutes or so are a bit of a drag (especially any time the Joker isn't around to liven things up). 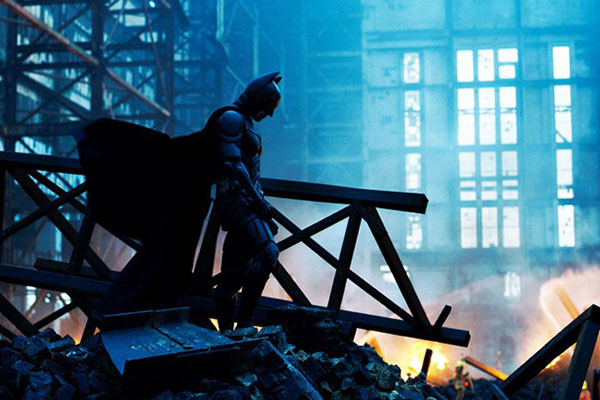 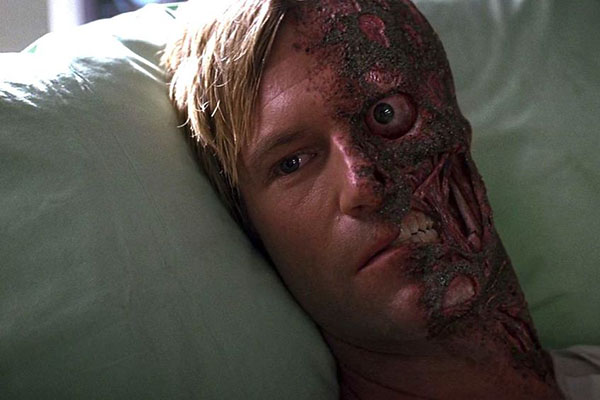 Minor quibbles, though, to be sure. This movie is as good a superhero movie as we maybe have ever had (with only a couple of Marvel films coming close), and the Joker is the best on-screen villain any of the movie studios have ever produced.