It's Getting Cold in Here

It's pretty obvious why DC ComicsOne of the two biggest comic publishing companies in the world (and, depending on what big events are going on, the number one company), DC Comics is the home of Superman, Batman, Wonder Woman, and just about every big superhero introduced in the 1930s and 1940s. continues to try and get BatmanOne of the longest running, consistently in-print superheroes ever (matched only by Superman and Wonder Woman), Batman has been a force in entertainment for nearly as long as there's been an entertainment industry. It only makes sense, then that he is also the most regularly adapted, and consistently successful, superhero to grace the Silver Screen., over any other character, onto the big screen: he's a cinematic guy. The fans love him, and he easily can lead just about any movie universe through sheer grit and awesomeness. So, time and again, DC tries to use the Batman, instead of his more obvious contemporaries SupermanThe first big superhero from DC Comics, Superman has survived any number of pretenders to the throne, besting not only other comic titans but even Wolrd War II to remain one of only three comics to continue publishing since the 1940s. or Wonder WomanLong considered the third pillar of the DC Comics "Trinity", Wonder Woman was one of the first female superheroes ever created. Running for as long as Batman or Superman (and without breaks despite a comic downturn in the 60s that killed superhero comics for about a decade), Wondie has the honor to be one of the longest serving, and most prolific, superheroes ever. to lead their prospective universe (even though Batman is not leadership material in the traditional sense). 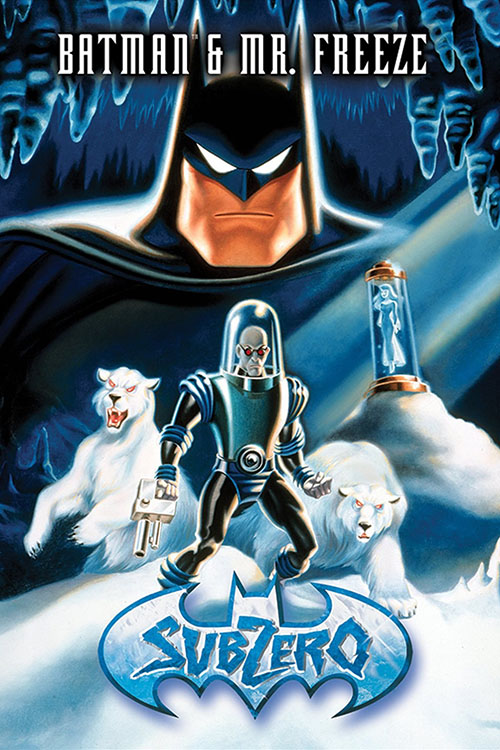 Batman got his big push after the one-two punch of the Burton films, and where Superman's next film (Superman Returns) floundered for years, Batman had four films on the big screen and a very successful animated series which, itself, launched another film on the big screen as well (Batman & Mr. Freeze: SubZero). DC clearly wanted more of that.

However, Batman was in for a bit of a downturn right around the time for his second animated feature, Batman & Mr. Freeze: SubZero. This animated feature was meant to play as a tie-in to the fourth Batman movie, Batman & Robin, with both Mr. Freeze and Batgirl in starring roles, but the live-action film tanked and this movie was quietly pushed back a year to try and clear some of the stink from that horrible big-screen adventure. Not that DC should have worried: this film could suck plenty all on its own.

In the movie we first catch up to Mr. Freeze (Michael Ansara), the once brilliant scientist who turned to a life of crime after an accident that leaves him in a permanently sub-zero state -- he's alive, but needs the cold to survive. Thankfully for him, as a cryo-geneticist, he knew a lot about the cold. Sadly for him, his wife became terminally ill and he had to freeze her to keep her alive, in some state. Sadly, while working up in the arctic to find a cure for her, some idiots crash into his base and knock over her capsule, breaking her and once again ushering her towards the grave.

Freezing her again isn't an option, so Mr. Freeze returns to Gotham to find a different cure: an organ transplant that will solve the underlying issue that's killing his wife, Nora. Due to Nora's rare blood type and genetic markers, though, the only person in all of Gotham that can donate the organ she needs, a living heart, is Barbara Gordon / Batgirl (Mary Kay Bergman) and, well, she's using it right now. When Freeze kidnaps the plucky superheroine, it's up to Batman (Kevin Conroy) and Robin (Loren Lester) to track down the mad scientist and get their fellow avenger back. 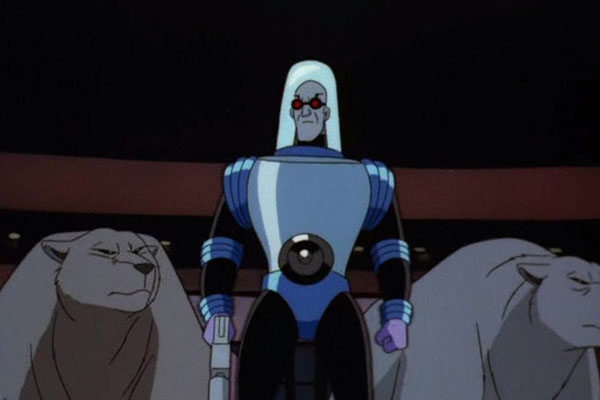 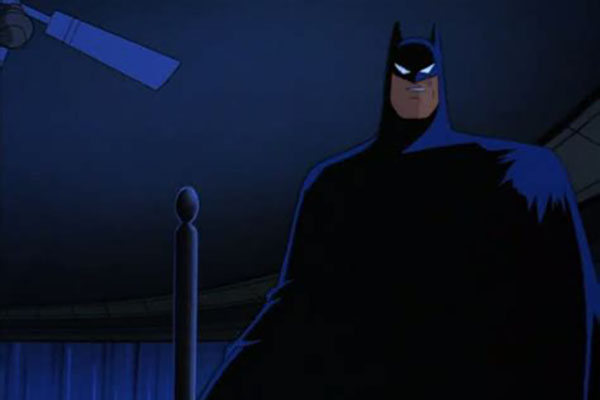 Mr. Freeze is a fan-favorite character who first came to prominence in the 1966 Batman series and was then also well featured in Batman: The Animated Series. He's probably up there with JokerOne of Batman's first villains, and certainly his more famous (and most popular), the Joker is the mirror of the Bat, all the insanity and darkness unleashed that the hero keeps bottled up and controlled. and the Riddler for most famous Batman villains, so I can completely understand building a movie around him (especially as the last animated feature starred the Joker in an not-insubstantial role). I just wish that Mr. Freeze had a better film around him because, with his tragic back-story and interesting character development, he's one of the more nuanced characters in Batman's Rogues Gallery.

The issue is that while Mr. Freeze is interesting, the story they give him here is anything but. He needs Batgirl's heart, end of story, and instead of feeling conflicted about this in any way, Freeze shows single-minded determination. Where the plucky heroine should have been able to say, "but I'm in love," and melted Freeze's heart just a little (with some pun intended), the film makes no nod towards that. This despite them clearly setting up the romance between Dick Grayson and Barbara, a plot beat that really doesn't go anywhere past the first act of the film. The movie could have made hay out of the internal conflict Freeze would have, denying the love to someone else that he's been fighting for all these years as he's struggled to get Nora back, but that's never even brought up at all.

Instead we're saddled with a pretty boring and linear kidnapping story. Freeze takes Babs, Batman and Robin try to figure out where they could have gone, Batman figures out the solution through his usual detective work (i.e., punching some people and basically being handed the clues to the solution), and then the heroes barge in to the secret lair, cause a ruckus, and save the day while Freeze is presumed dead. From the moment Freeze comes to Gotham you can already see the story that's going to unfold, more or less because its the same kind of plotting the animated series used, over and over again, throughout its run.

What's acceptable for a story in a 20 minutes episode, though, doesn't work so well in a movie three times the length (although at 66 minutes I do struggle to even consider this a full-fledged movie). The concept is rote and the plotting is tedious and overwrought. The one saving grace is that this film at least doesn't try to play up some big mystery about the villain (unlike Mask of the Phantasm or the next movie, Mystery of the Batwoman) so we're saved the whole, "oh, this is a new character getting introduced at the same moment a new villain/vigilante comes to town. Clearly the two are the same person but it will take Batman 75 minutes to figure it out." We know Mr. Freeze, so that tired trope is laid to rest. 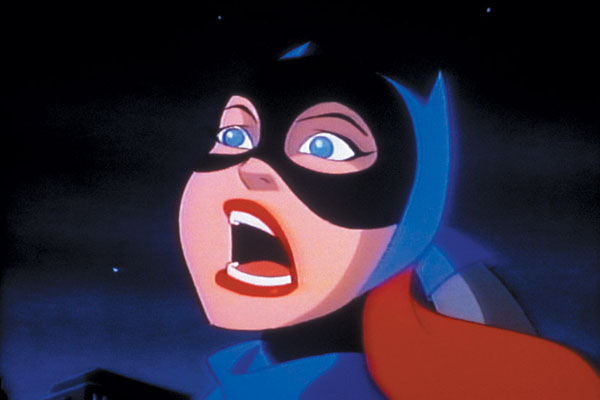 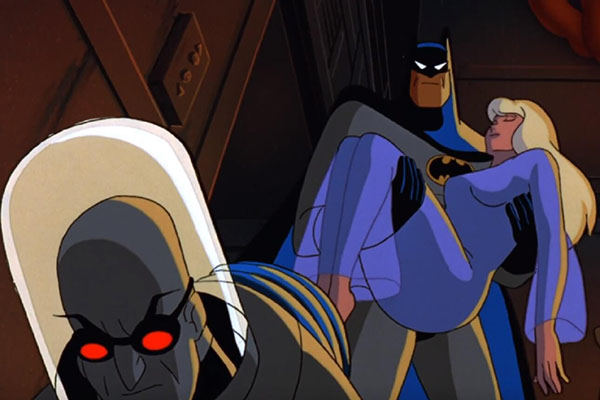 Still, this film feels like nothing more than an overly long episode of the television series. It even looks like an overly episode, with the same okay-for-TV animation that isn't even as good as Mask of the Phantasm. This was clearly a cheap cash in made for a movie that no one liked, and that exact amount of care (very little at all) was put into the production of the film. This came out late enough in the life of the animated series that you have to think everyone working on this was at least a little burned out, and it shows.

There are worse Batman films out there -- namely, Batman and Robin. Considering the generally solid quality of the animated series, though, this film feels like a real bomb. It's tired, it's boring, and it has absolutely no surprises. Whether it had come out around the time of the fourth Batman or not wouldn't have really mattered; a stinker is still a stinker.