Batman: Mask of the Phantasm

The character of BatmanOne of the longest running, consistently in-print superheroes ever (matched only by Superman and Wonder Woman), Batman has been a force in entertainment for nearly as long as there's been an entertainment industry. It only makes sense, then that he is also the most regularly adapted, and consistently successful, superhero to grace the Silver Screen. has see a number of reinventions of the eras, from World War II freedom fighter to good, fatherly figure in Batman '66, and then the uber-dark version we saw in the mid 1990s comic books. Certainly, though, for an entire generation the idea of Batman is tied up in a kind of grungy, Gothic, weirdly-retro style, an era out of time that still feels so tangible. It was popularized by the two Time Burton Batman films, of course, and then carried on (even after the movies abandoned it) in Batman: The Animated Series; for many, this was their Batman. 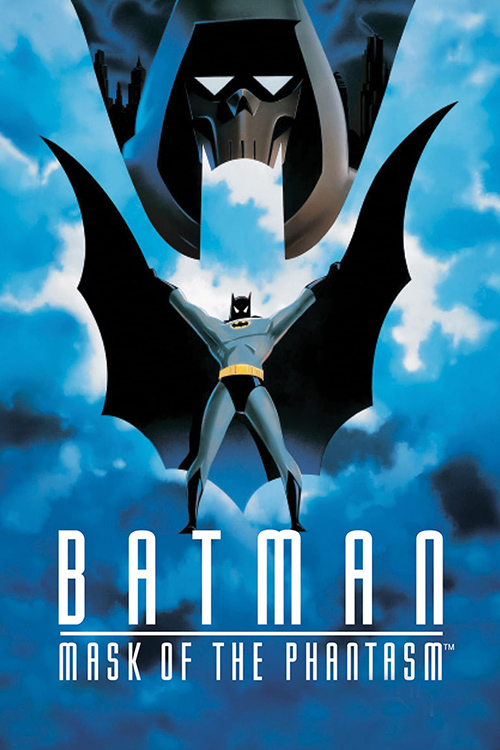 The cartoon acted as the starts not only of its own series, but for a connected universe would come to be known as the DC Animated Universe, with shows following SupermanThe first big superhero from DC Comics, Superman has survived any number of pretenders to the throne, besting not only other comic titans but even Wolrd War II to remain one of only three comics to continue publishing since the 1940s. and the Justice LeagueThe premiere team at DC Comics, their version of the Avengers (which actually came before the Avengers and, really, has existed in some fomr since the early 1940s), the Justice League is the team-up to end all team-ups, featuring some of the most popular, and longest running, characters in all of comics history (and also Booster Gold)., as well ass futuristic spin-offs as well. But before we could get to all that, Warner Bros. had to test the waters to see just how far audiences would go for this retro-styled by so distinctive take on the Dark Knight, so they put out an animated movies directly to theaters: Batman: Mask of the Phantasm. The movie, while not a huge hit at the Box Office (making back just shy of its production budget in theaters), was respected but critics and fans. Going back and watching the film for myself I can certainly see both perspectives; this wasn't a movie that would do well in theaters, but it certainly gave fans of the cartoons exactly what they wanted (and nothing more).

In the film (which premiered in between seasons one and two of the series), Batman (Kevin Conroy) is hot on the case of some of the leaders of Gotham's criminal underworld. But while he's chasing them down, stopping a potential money forgery and laundering scheme, he encounters another vigilante hot on the scene: the Phantasm (voiced, in costume, by Stacy Keach). Where Batman won't kill, though, the Phantasm has no issue annihilating the worst of the criminal underworld, and since they move around at night, in a flowy cape, looking all dark, everyone starts blaming Batman for the crimes.

Meanwhile, a lover from Bruce's early days comes back into his life. Andrea Beaumont (Dana Delany) at one point was going to marry Bruce, but when her father got mixed up with the criminal elements -- not just the Gotham mob but also the JokerOne of Batman's first villains, and certainly his more famous (and most popular), the Joker is the mirror of the Bat, all the insanity and darkness unleashed that the hero keeps bottled up and controlled. (Mark Hamill) -- they ended up having to flee the country, leaving Bruce in the lurch. Now, years later Andrea is back, her father still supposedly in hiding, but her own safety assured now with their debts paid. But is she telling the whole truth, and just how deeply is she mixed up with the criminal underworld even still? Who can Bruce really trust?

For fans of the animated movie, this film does provide everything you're looking for. To start, it's really well animated. It honestly has about the same level of production value as the cartoon, which is to say a very solid production value, but anyone looking for something even nicer than the show won't find it here. This does feel, honestly, like a very long episode of the show, with all the same voice actors, production quality, and animation style that conveys. On it's own I don't know if that's a big deal, but DC Animated Universe would see additional movies done in this same style, all of which were presented as direct-to-video movies after airing on TV, it makes the proposition of seeing this film in theaters seem less exciting in retrospect. 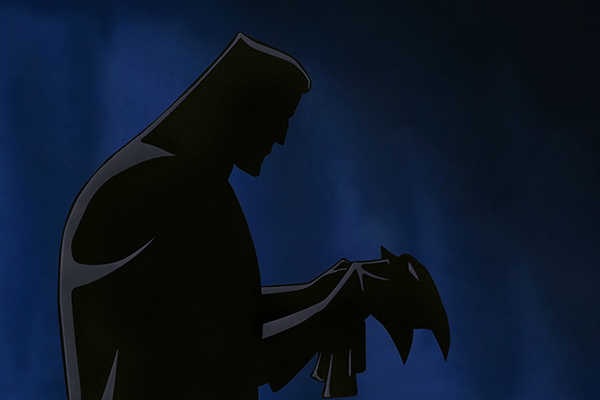 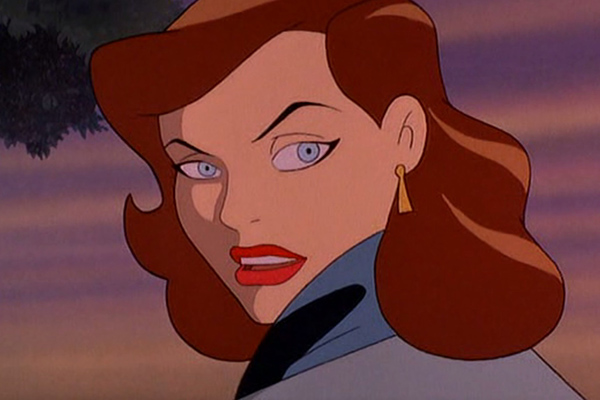 Again, I don't want to make it sound like I think a long episode of the show is bad. I really do like Batman: The Animated series and I appreciate a certain amount of fidelity to the source material in this film. The animation of the show is really smooth and stylish, and I think the artistic style the show took -- a very distinctive style that DC has revisited over and over even after the main shows in the universe ended -- really looks attractive. It's a very arty look and feel.

Meanwhile, you can't go wrong the voice actors in the cast. Many accolades have been dropped on Kevin Conroy and Mark Hamill for their portrayals of the Batman and the Joker, respectively. Hamill, of course, has a particular way of voicing the Joker that conveyed both the comedian underneath as well as the madman in control and it was brilliant, a cracked-voice performance that is among the best Jokers ever (I'd call it "the best Joker" were it not for Heath Ledger in The Dark Knight). He's so damn good in the role, and DC keeps luring him back to it (even after he says he's retiring from the role).

Conroy, too, is iconic with his performance. He lends Batman an air of authority, his deep voice booming out of the darkness. Even as Bruce Wayne, though, Conroy finds the right tone, a tad softer and more... well, I would say open but, of course, that's just really an act most of the time when we're talking about Bruce Wayne. Still, when playing off the other people in his live -- a sarcastic Alfred voiced by Efrem Zimbalist, Jr. and a charismatic turn by Delany as Andrea -- there's something of a character in his soul that Conroy is able to carry out. It's great.

The real issues I have with the film is that it's central mystery, "Who is the Phantasm?" isn't much of a mystery at all. The film wants to keep you guessing, but between the fact that there are barely any new named characters introduced here, and it's pretty obvious in the way the plot ties together (and spoiler for a thirty year old movie), clearly from the minute she shows up Andrea is the Phantasm. Even from a basic production stand point its pretty clear that a character we've never seen before, who likely won't be in the series afterwards, and a mysterious new vigilante who has to be taken down by the end of the film, are going to be the same person. There's just no mystery here. 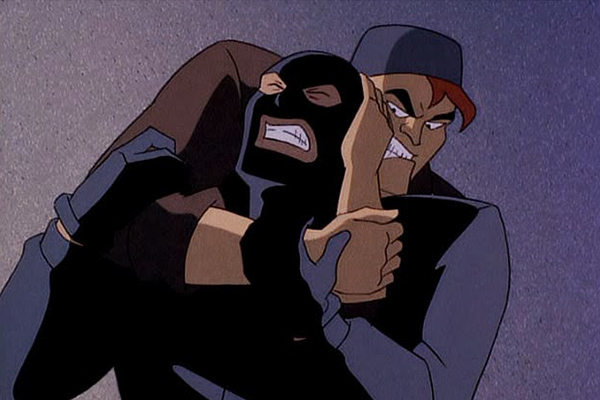 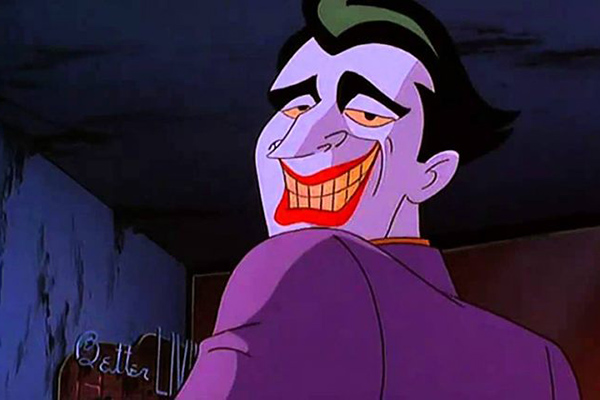 It's this central flaw that really holds back Mask of the Phantasm. The movie is handsomely made and well acted, but there's just nothing to the central story of the film. If Andrea had been introduced in the series and could have become a recurring character such that this movie could have been an in-theaters culmination of her relationship to Bruce, and then the eventual betrayal of that when she puts on a mask and becomes the Phantasm, that might have been something. We need more time to get to know Andrea, and care about her, so that her becoming a vigilante and killing the worst of Gotham means something. A single film simply can't build up that kind of history and feelings about a character, no matter how much it tries.

If this film had been put out as a made-for-TV film, which was Warners' original plan until they got greedy, I think that would have been fine. Again, this feels like a very long episode of the show that should simply have been aired alongside it as some kind of three-night event. Instead it was put out in theaters where audiences expect more. It's a great multi-part episode of the series but a really bad film for the Silver Screen, and audiences stayed away. Fans of the show got what they wanted but the film just couldn't rise above it hurting any plans Warners' had for a larger theatrical run of Batman animated films.