Return of the Dark Knight Begins Forever... and Robin

Originally there were two scripts for the second Nolan Batman film, The Dark Knight. One script focused on the rise of Harvey Dent as well as the Joker, while the second was all about the fall of Harvey Dent as Two-Face. Reportedly Nolan wasn't sure he would come back for a third film in the series, so the two scripts were merged together and the final form of the story we got was made. That's part of why there were rumors that the original plan for the third film in the series, The Dark Knight Rises would have featured the Joker again -- he was in the "third" script even though the third script didn't really exist. 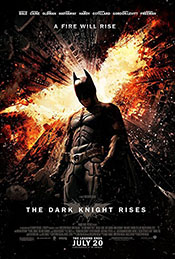 Still, it was inevitable that Nolan would come back. The Dark Knight was an absolutely phenomenon with everyone anticipating the return of Batman for at least one more adventure almost as soon as the film was over. Whatever we got, though...

When watching The Dark Knight Rises it's hard to ignore the fact that something very clearly is missing: Heath Ledger. After the events of the second movie, the Joker is such an integral part of this world that it's hard to watch anything that happens in this third and final movie without thinking, "where's the Joker? Why isn't he commenting on this? Wouldn't he be right in the middle of it?" Ledger, though, died after filming on The Dark Knight and the producers (rightly so) elected not to recast him for this third movie. No one would have been able to do what Heath did -- it either would have been too different or the attempt would have been a staggeringly bad impression. The Joker was Ledger's role and without him, that part had to stay empty.

I mean, just look at the Joker in the DCEU Suicide Squad film. Clearly Jared Leto in that film thought "Ledger's Joker was crazy. I can be crazy, too, so I'm gonna go as crazy as I can. No one is gonna talk about Ledger's Joker after I'm done. I will own the role." And he was half right, his Joker is so dumb, so over-the-top, so "look at me and how crazy I am!" that it becomes a parody of the role. He's talked about now as what not to do when playing the Joker. DC is even hedging their bets in the upcoming DCEU movies by starting production on two different Joker projects, only one of which has Leto signed on for the role (the other of which is totally unrelated to the DCEU -- smart move there, DC).

But back to The Dark Knight Rises. Without the Joker around, a different villain has to rise up to take the place. In his stead we get Bane, a uber-muscled, masked military genius. Bane comes to Gotham as part of the League of Shadows, a theatrical villain who very quickly bankrupts Bruce Wayne as well as Wayne Enterprises, and plunges the city into martial law (all through the help of Batman's own gadgets). He then brakes Batman's back (during a fight between the two) and takes over everything. 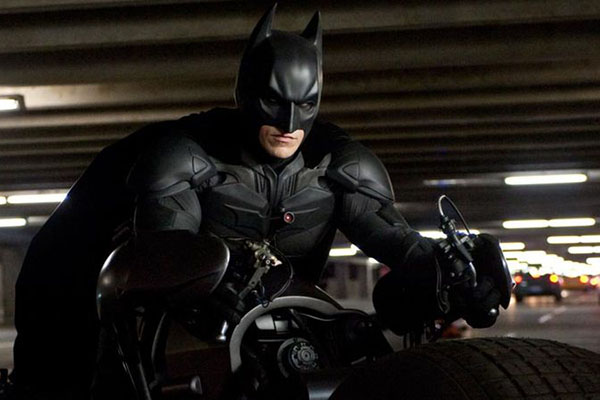 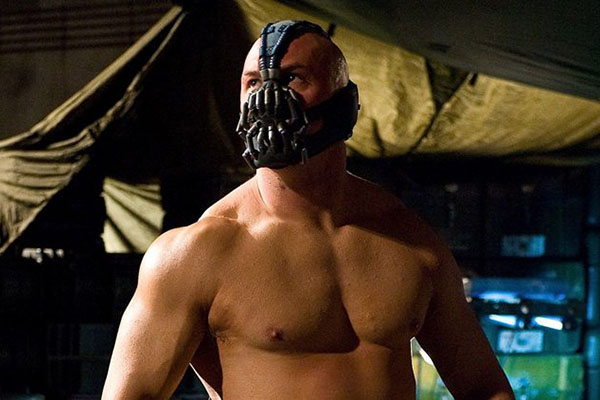 There are a few issues with Bane, the first of which is that he's not giving us anything we haven't already seen before. His plan is to plunge the city into fear, cause it to eat itself from the inside, sowing chaos and discord. The only difference between Bane's plan and the Jokers is their end goal: for the Joker the chaos is a means unto itself whereas Bane eventually plans to blow up Gotham as well (to fulfill Ra's Al Ghul's original plan from Batman Begins). However, if Joker had somehow gained the information Bane had (that Batman was Bruce Wayne), it's no doubt Joker would have taken nearly all the same steps. And he would have done it with more panache.

Bane, as played by Tom Hardy, just isn't all that interesting. I haven't seen Hardy in enough stuff to know how good an actor he is, but he seems pretty competent from the films I remember (he wasn't a waste of space in Inception for example). In The Dark Knight Rises, though, he's hampered by the mask Bane wears all the time -- it completely covers the lower half of his face, leaving only his eyes to convey all his emotion. And, as we learn quickly in the film, Tom Hardy just does not have very expressive eyes. While the voice acting Hardy does (presumably all in post to make his character at all intelligible) has a grand theatricality to it, the voice always sounds like its coming from off screen -- Bane/Hardy never reacts like he's saying the lines, or that he feels the emotion behind them, or anything for that matter.

Thus we have a big void in the middle of the film where the villain needs to be. The story works well -- bringing the plot back in from Batman Begins is great and shows a clear line of continuity. The connections are good but, again, without the Joker you're left going, "so we have connections to all this stuff, but this one dude is, what, off at the 7-11 grabbing a Slurpee for the whole movie? Where's the Joker and why are we stuck with Bane?"

What does work in the film works really well. I appreciated the fact that the movie ages Batman forward and make him pay for all the stupid crap he's done in the past in the name of justice (his body is, at times, a wreck here). It makes sense, really, because no one could do this job for going on 13 years (like Bruce has) without it destroying them. Christian Bale conveys the pathos here, the deep regret he feels over the fact that he hasn't done enough and has trouble doing more. I honestly feel like this is his best performance as Bruce, and even his time in the Bat-suit is more nuanced (much less of the dumb "Bat Voice" everyone loved to pick on). 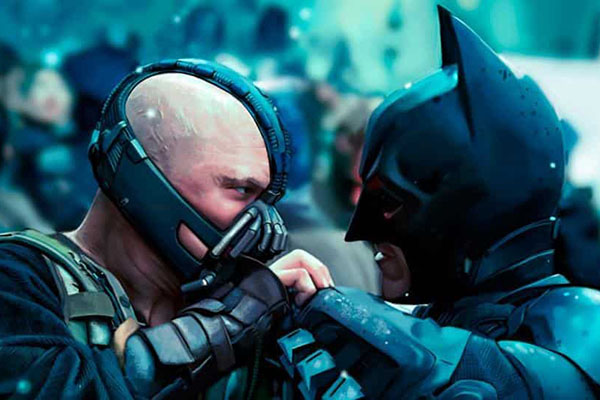 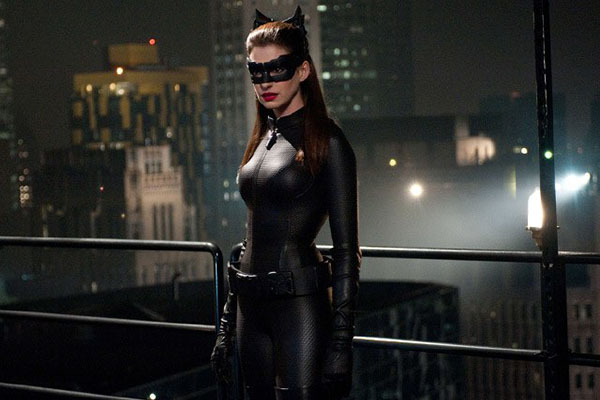 Also fantastic is Anne Hathaway as Catwoman. The film rightly plays her as neither villain nor hero -- she more of an opportunist here, trying to stay above the fray and play her own angles, part con-woman and part burglar. The comic Catwoman is regularly portrayed as more of an anti-heroine, a sometimes-reformed villain who really just has a soft-spot for the little guy. Here, Hathaway gets to play both sides of the character, the vampy-as-hell sexpot that with a tough-as-nails core as well as the deeply troubled woman trying to help herself, and those around her, through a kind of Robin Hood-esque "stick it to the wealthy" crusade. She's great.

The problem is that while the film wants to be a grand culmination of the stories that came before it just doesn't quite bring it altogether. There are great pieces to the story, and interesting characters (that aren't the villains), but the film has trouble bringing it all together. It's a very good film, just not a great one.

From here I want to discuss Batman and the DCEU, but before we get to all that I feel like we need to also take a long look at the other big DC character, Superman. We'll do a dive on his movies soon (plus the terrible Supergirl flick) before jumping into the DCEU later in the year. Before I can write all that, though, I have to go back and watch the Superman movies again...