So here's the thing about Batman: he's an interesting character when paired with other people, like Robin, but when taken on his own the character is kind of a bore. He's dark, he's brooding, and he has a mission he will following single-mindedly no matter what. When you see him on his own he's dark and stealthy and silent. You don't get much off of him. But when you pair him up with other heroes, a side of Batman comes out that you wouldn't see otherwise. He gets to play the straight man, bringing out a dead-pan dryness and, somehow, becoming the most interesting person in the room. 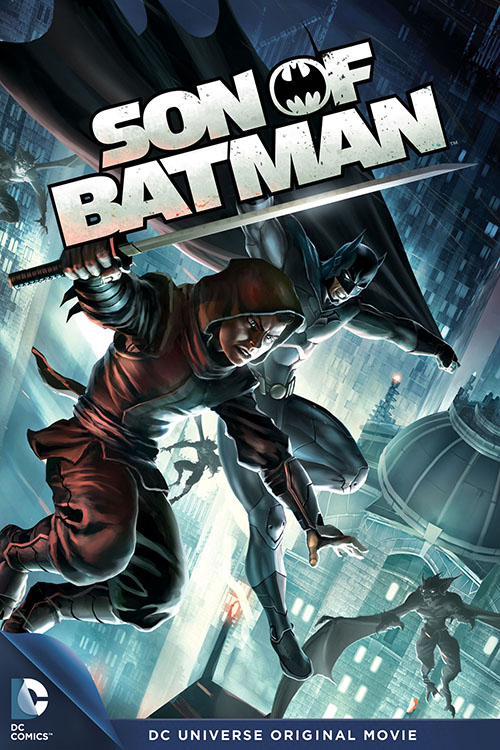 The formula works well in most instances. As we saw in this film's precursor, Justice League: War, Batman was a great character (especially in those moments when he was taking the piss out of Green Lantern). Heck, one of his previous cartoons, The Brave and the Bold, was predicated entirely on the concept of pairing Batman up with other people just to see how they'd interact (and usually to hilarious effect). Hell, even the classic partnership of Batman and Commissioner Gordon led to one of the most consistent and amusing running gags in comics history: Batman says something, Gordon turns to look out across the cityscape, and by the time he turns back, Batman is gone. Works every time.

There is one paring, though, that hasn't ever worked as well for me: Batman and his son, Damien Wayne (the fourth, or fifth, official Robin depending on who you count). Damien is basically Bruce Wayne -- dark and brooding and prone to violence -- just without all the self-control the elder Wayne amassed over the years. When you pair the two of them up the stories double-down on the broody Batmen; it just doesn't work for me.

That's probably why, of all the DC Animated Movie UniverseWhile DC Comics was amping up production on this big "MCU-killer", the DC Extended Universe they were also quietly putting together another shared movie continuity, the DC Animated Movie Universe. This series was more closely related to the comics, directly adapting a number of famous storylines to, arguably, better effect than the live-action movies could. films to come out so far, Son of Batman is easily my least favorite. That's not to say it's a bad movie, especially not if you happen to like the pairing of Bruce and Damien as Batman and Robin. For me, though, the movie just becomes a bit of a slog; there are moments of amusement, but they are few and far between in this dour story.

Based on the Batman and Son comics that ran for a time in 2006, Son of Batman introduces us to Damien, secret son of Bruce Wayne. He's so secret, in fact, that Bruce didn't even know of his existence. The product of a one-night tryst between Bruce and Talia Al'Ghul (where Talia drugged Bruce so she could have her way with him and then Bruce, and the movie, just shrugs it off like date rape is no big deal), Damien has been raised for the last ten years (since birth) to be the next leader of the League of Assassins. However, another declared heir to the throne, Deathstroke (aka Wade Wilson), want to rule the League. He usurps the throne, forcing Talia to send Damien into exile: living with Bruce in Gotham City. 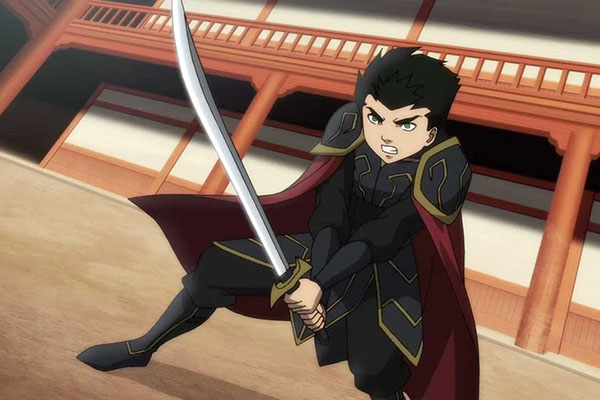 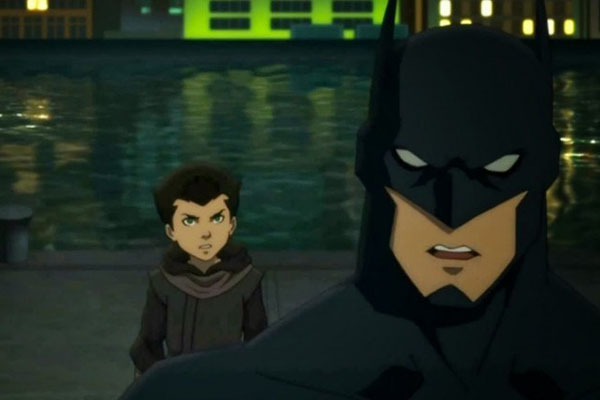 Of course, Damien is a warrior at heart so very soon he's out, stalking the city, crushing skulls and taking names. He wants revenge against Deathstroke and it's only by Batman's tutelage that Damien (as Robin) learns to control his anger, to hone it. Then, together, the two make a play on Deathstroke to end the villain's control over the League once and for all.

One of the big problems with Son of Batman is that it's pretty light on plot. Because of the setup for the movie we know who all the players are in the story so there' no mystery, no suspense, nothing to really draw out the proceedings and give us something to latch on to. It's a simple revenge tale slapped against a Batman backdrop, and that means all the things we really expect from Batman -- mystery, detecting, stalking the streets for his prey -- is largely thrown out the window in favor of a couple of big set pieces and a smattering of scenes in the Batcave. We know from moment one that Damien is going to get his big confrontation with Deathstroke; the only thing we're left to wonder about is whether he kills the villain or not.

The meat of the film, then, comes down to the interactions between Damien and Bruce; these are good, but there aren't enough of them to hold the movie together. Some amusement is derived from Batman seeing all his traits in a smaller, less controlled mirror. We get a sense of who Batman might be, and the few interactions he has with his son are both funny and informative. The problem is that it just doesn't happen enough. The film very quickly transitions from family dynamics to the big last act, and suddenly Damien goes from a thorn in Batman's side to his sidekick. It's a stark transition, one the film should have spent more time build towards so it didn't feel quite so rushed.

And the fact is that the movie clearly knew how to illustrate a put-upon hero dealing with the vicious little twerp. They nailed that dynamic to a tee with Damien's few interactions with Nightwing (aka Dick Grayson, the original Robin). These two have a great dynamic, the dark and broody kid up against a more lighthearted (and honestly more skilled) adult. If the film could have done more between these two it would have had something really worth watching. 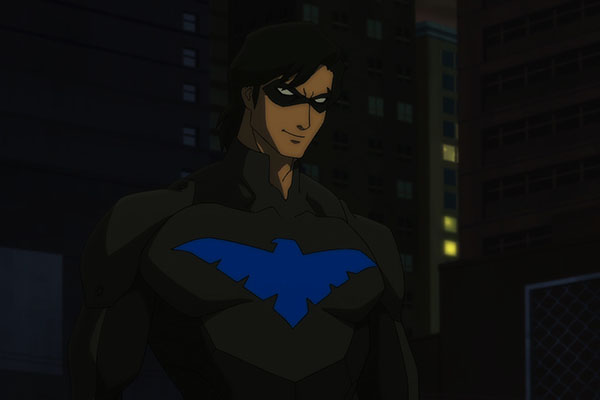 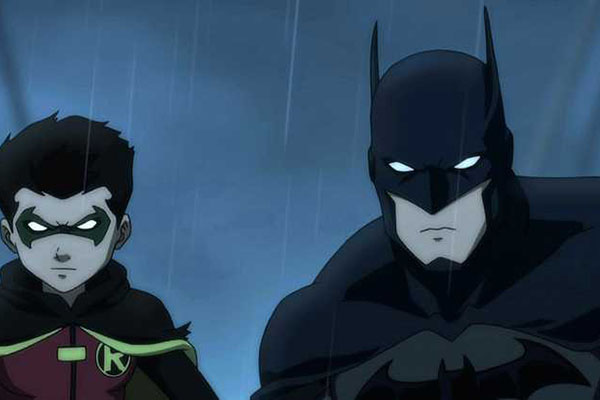 But then the dynamic between Dick and Damien has always been good. There was a run of comics after Batman (supposedly) died, Batman and Robin, that featured Dick as the lighthearted Batman and Dick as a dark and broody Robin, essentially an inversion of the classic dynamic. That setup worked like gangbusters, and those comics were awesome. Sadly then Batman came back from the dead and Dick hung up the cowl. It didn't work as well with Bruce in the lead in the comics and it doesn't work that well here.

Because that's the thing: on his own Batman is too dark and broody and closed-off to be an interesting character on his own. When you have two of the same character it only exacerbates that problem. Damien need someone lighter than Bruce to play off of for best effect -- you can't lighten Bruce up because then he's no longer himself. This film can't find a dynamic that works between the two characters and it leaves the audience wanting.

Introducing Damien into the on-screen Batman fold isn't a bad idea. Son of Batman, though, doesn't really know what to do with him once it has him. It would be a little while yet before the DCAMU would turn him into a watchable character.