Let's Get This Started

We've seen a number of origin stories for the Caped Crusader, BatmanOne of the longest running, consistently in-print superheroes ever (matched only by Superman and Wonder Woman), Batman has been a force in entertainment for nearly as long as there's been an entertainment industry. It only makes sense, then that he is also the most regularly adapted, and consistently successful, superhero to grace the Silver Screen.. It does seem like every few years Warner Bros. and DC ComicsOne of the two biggest comic publishing companies in the world (and, depending on what big events are going on, the number one company), DC Comics is the home of Superman, Batman, Wonder Woman, and just about every big superhero introduced in the 1930s and 1940s. feel the need to relaunch the hero again, giving him a new version of his origin, a new reason to don the cape and cowl and fight the bad guys again. He lost his parents, gunned down in front of one show or another, but the how, why, and who are generally important to the whole affair. We have to know y Batman stalks the night, apparently, and can't just take it on faith that he does it because he does. 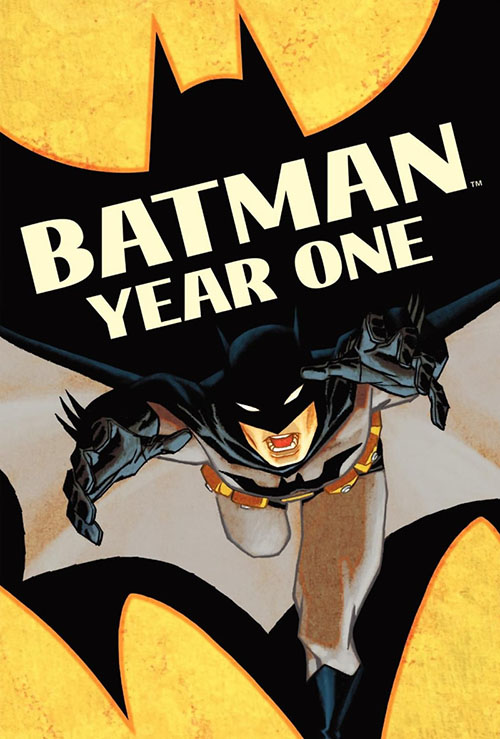 While Batman: Year One, based on the comic arc published in Batman issues #404 through #407, doesn't exactly eschew all the conventions of Batman's origin story. We do still learn why he uses a bat as a costume, get to see him take his first tentative steps as a hero. What the tale does, though, is find a new angle to cover all these things so that we can view the hero and his actions through fresh eyes. Enter James Gordon.

Commissioner Gordon has been a part of Batman lore for almost as long as the Bat has been around (James was introduced in Detective Comics #27 back in May, 1939). He's a fixtures of the series as much as Bruce Wayne is, and it's weird any time we have one without the other. While we take it for granted that Gordon is the Commissioner, it's obvious that wasn't always the case. He had to work his way up the ranks, and having a hero (read: vigilante) in town is the kind of thing that could make or break a career. Hoe Gordon handles being around the Bat would very much come to define who he was and who he would become.

Set, appropriately, in the first year of Batman's reign over Gotham, the film is told primarily from James Gordon's perspective. Although Bruce does, from time to time, take the stage as Batman, his sequences aren't as frequent as those of Gordon. New in town, Lt. Gordon is assigned to work with Det. Arnold Flass (Fred Tatasciore) to learn the ropes of the city. And what that means is turning a blind eye to the corruption of the GCPD by the criminal gangs of Carmine Falcone (Alex Rocco), a situation that sits none too well with Gordon, putting him at odds with Flass as well as Commissioner Gillian B. Loeb (Jon Polito), who is as corrupt as they come.

Standing with Gordon is the vigilante, the Batman. Tasked with finding the vigilante and bringing him to justice (in no small part because the "Batman" is going after the crime lords of the city, the same ones that fund the corrupt cops), Gordon quickly realizes that the Batman is doing more good for the city than the cops are. In a city this bad is a mask vigilante really the best kind of justice that can be found? Gordon has to decide that while he tries to figure out just who the Batman really is. 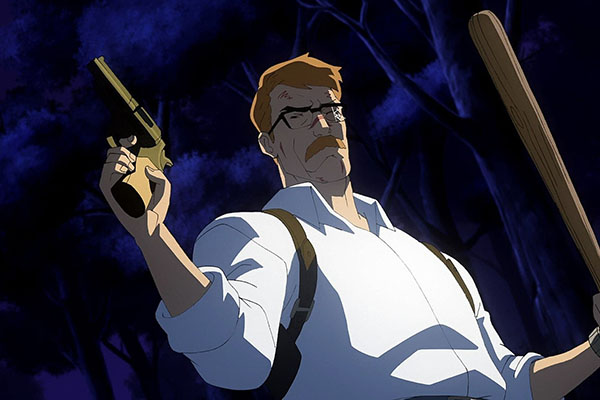 Based on Frank Miller's arc, Batman: Year One is a legitimately solid piece of storytelling. It's easy to crap on the author now, when he's long since gone round the bend into the land of ultra-conservative Islamaphobia (the less said about Holy Terror, originally meant to be Holy Terror, Batman!, let alone All-Star Batman and Robin) but the writer at one point had a real knack for writing Batman. His "Year One" arc is legitimately a classic and has served as the basis for many of Batman's adaptations since its release (not the least of which was Batman Begins. Building a movie off this story arc is a solid call as it makes for a great and affecting superhero tale.

The angle I think works best is rooting the story from the perspective of Jim Gordon (something even Batman Begins didn't do). Although Jim is always a fixture of these stories we don't often get to explore him as a person, nor his times actually handling cases. Putting him as the primary "adversary" of Batman (a role neither of them really pay attention to) allows us to watch him as a cop as well as a person and it helps us to understand him better. Plus it's an angle on the Batman stories we don't really get. I'd love to see a whole series of stories like this, each set around a character on the periphery studying the Batman but not told from Batman's perspective. Gordon, Alfred, Vicky Vale. There's room for these stories in the canon, as Year One proves.

And that's not to say that Batman isn't prominent in this story. We do get several sequences with him as he narrates his head space, thinking about the job, his next actions, what he's trying to do. But where Gordon is a fleshed out character with an arc, Batman remains elusive, there but not shaded in the same way. I don't consider that a flaw, more a reflection of the fact that Batman, even this early in his career, is more instinct than person, a body devoted to his calling now than a billionaire playboy putting on a mask. The perspective we get on Batman (and Bruce) suits that.

The film itself is a solid distillation of the "Year One" arc, taking the story in working it to the right length, the right pace to really fit the feature length of this film. It's told with clean lines and solid artwork, drably colored but only to suit the fact that Gotham is a dark and drab city. Its pleasingly to the eyes without the artwork getting in the way. It's certainly not showy, but for a tale like this, rooted at the street level and without the colorful group of rogues that Batman would collect over time, the style is perfect for the story. 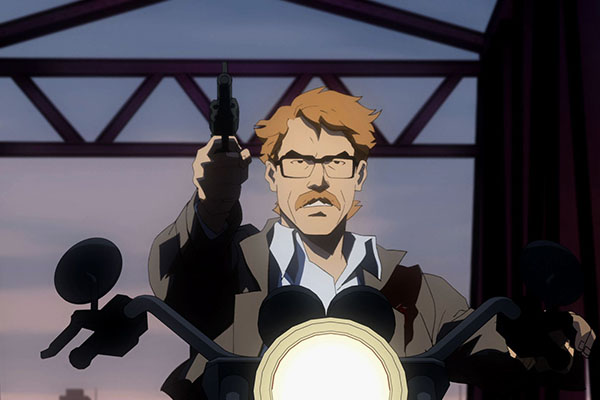 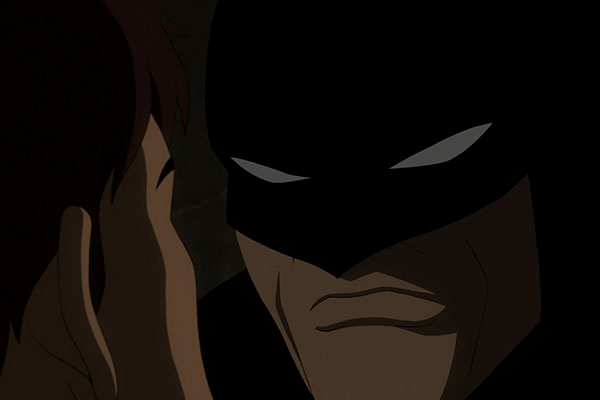 There is one flaw worth pointing out, though: Catwoman. The character is included here, in her early days as a tangential part of the street walker scene before picking up her calling as a cat burglar. We're supposed to get the vibe that she's inspired by Batman to do her own thing, and that work on one level, but the film doesn't do enough with her to really stick that part of the story. She shows up, fights Batman, does some crime (and crime fighting) on her own, and then vanishes from the tale. I wish the movie would have either done more with her are simply removed her from the story as she feels like an incomplete thread in her current form.

Still, one small issue aside this is a good Batman movie. Certainly among DC's animated output it stands among the best they've done with the Dark Knight, and were it not for th great work Nolan did with his first two Batman adventures I'd even call this the best Batman movie out there. It's a good story told well which, when it comes to superheroes, is often what you need. Not flashy, just solidly told.