I'm going to chalk this up to a form of Stockholm Syndrome, but I'm going to admit, right here up front in the article, that I didn't actually hate today's selection from Mystery Science Theater 3000First aired on the independent TV network KTMA, Mystery Science Theater 3000 grew in popularity when it moved to Comedy Central. Spoofing bad movies, the gang on the show watch the flicks and make jokes about them, entertaining its audience with the same kind of shtick many movies watchers provided on their own (just usually not as funny as the MST3K guys could provide). It became an indelible part of the entertainment landscape from there, and lives on today on Netflix., Gunslinger. Directed by Roger Corman, this film isn't great. It's pretty slow, pretty cheap, and kind of shoddy. But, at the same, time, there's a certain cheap elegance to a Roger Corman film. I've seen any number of his movies (ones he's directed, like the original Little Shop of Horrors and Frankenstein Unbound) and ones he's produced (such as Death Race 2000> and recent MST3K honoree Avalanche) and, in general, I've found things to enjoy about everyone one of his movies. They aren't good but they are fun.

That might be part of the reason why I didn't immediately cringe when I saw "Roger Corman" show up in the opening credits for the Gunslinger. As a director famous for making bad movies, Corman does have a reputation that should immediately make me reconsider my life choices when I took it upon myself to watch all these crappy MST3K episodes. And yet that visceral feeling I'd get if, say, Ed Wood's name appeared on the screen (after suffering through The Sinister Urge and Bride of the Monster) never arrived. I wasn't exactly looking forward to sitting through a sleepy, cheap little Western, sure, but I also knew that with Corman at the helm this movie wasn't going to be as bad as it could have been. That's how far MST3K has pushed me.

In Gunslinger, the local Marshal (a very much slumming it William Schallert) is killed by ruffians and his wife, Rose (Beverly Garland) takes up his badge to patrol the sleepy town and honor his memory. And it's a good things there's a law-woman in town because there are some pretty evil things afoot below the surface. The local madam, Erica Page (Allison Hayes) has been buying up property left and right, usually by hook or by crook, in preparation for the railroad to come through town -- if it does, she stands to make millions from the land deals. What Ms. Page doesn't want is some lawman (or law-woman) poking around in her business, so Erica hires a gunslinger to come in to town to off Marshall Rose. What Erica didn't count on what that the gunslinger, Cane Miro (John Ireland), would fall for the Marshal. Soon enough Erica's plans are coming down around her, leading to a bloody confrontation that could involve all parties. This sleepy town is about to become a war zone.

The best thing you can say about Gunslinger is that it's competently made. Normally "competent" would be a backhanded compliment for a movie, but when we're looking at films in the pantheon of MST3K, competent is high praise. We seen some real dogs in this column, wretched films that not only never should have been released but should have been wiped from human history. To find a film that actually is halfway assured about the story its telling is a rare thing for this television series. Gunslinger may be shoddy, but it's not that bad.

I mean, yes, it's bad. From the opening scene of the film all the way to the end, the film desperately tries to stretch its thin story out over the course of its 77 minute runtime. That leads to any amount of padding, like long establishing shots, slow takes, and lots and lots of scenes of horses galloping to imply a high-stakes chase even as the "high stakes" is dragged out over the course of several minutes. When the film actually settles down and focuses on the story it's honestly halfway compelling, but that doesn't change the fact that there's about 30 minutes of real story in this sub-hour and a half film. 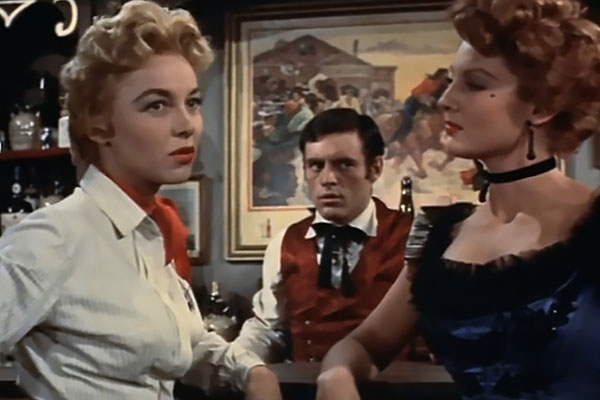 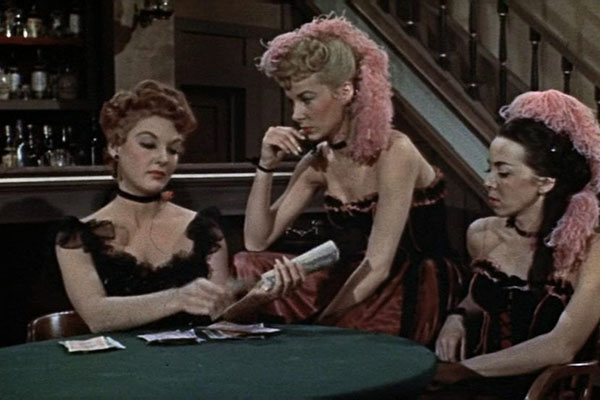 Part of what makes the film work at all is the cast. Having gotten used to any umber of terrible actors trying, and failing, to make bad material work, it's nice to see a decently talented cast elevate shoddy material, even if only by a slight amount. Garland, Ireland, and Hayes all know how to act, how to give a performance that worth watching. While it sucks they had to use their talents to raise a D-grade film up to a C-grade product they do at least work with what they're given. A different cast could have made for a much worse movie, one that wasn't worth watching at all, but in the hands of these three actors their scenes are at least decent.

The same can't be said for the action on display in this film. Calling it "action" is being kind as it's hard to say anything in this film is really action-oriented. There are a number of sequences of people shooting, but it's hard to say they're really shooting at each other; what's more accurate is that someone in frame shoots and then we cut to a different frame where someone reacts (usually by clutching their chest and falling over, all without any blood). It's the same thing for the horse chases: one person will gallop across the frame and then, after, the same shot will be setup and the next person will gallop across. It's a good thing the script didn't call for large groups of horses all galloping in a chase as we could have watched the longest, slowest procession as each horse tromped across the same frame, one after another.

Most of this, obviously, was done for cost-cutting purposes. It's easier to film each actor at different times in their own shots. It's cheaper to film each horse separately and not have complicated animal stunts. But cheaper and easier don't translate to great action, and for all the intrigue and character color the movie tries to insert, at the end of the day it's wants to be an action-oriented Western and it's never able to summon the action. It goes through the beats but doesn't manage to bring it all together.

This is why I can't say the film is good. It's very bad, a failing grade to be sure. But on the spectrum of bad movies I've subjected myself to, this film hardly rates. It's not hilariously bad like Space Mutiny nor ineptly made like Manos: The Hands of Fate. It actually tries, with a team behind the camera that at least has some kind of inkling about what a good movie is supposed to look like. It doesn't succeed at all, but it's endearing in how it tries. 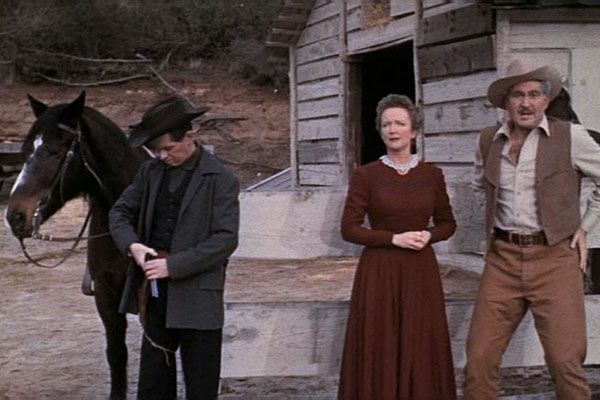 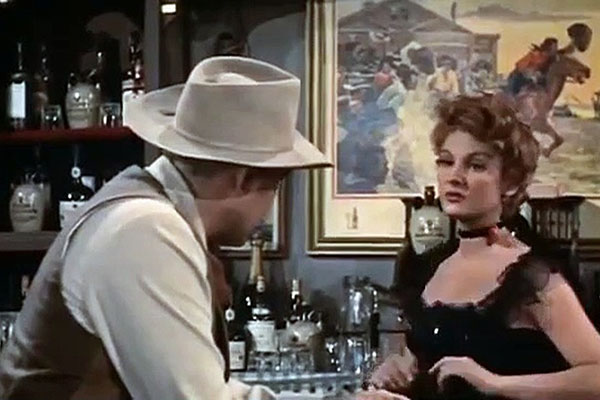 Thing is, the MST3K crew was largely incidental to this movie. I barely remember what they said because it wasn't that funny. It wasn't bad, but it's a weird thing where the better a movie gets, the less important Joel and the bots really are for the viewing experience. This film was just good enough that the crew really didn't need to be around to make the film enjoyable. It doesn't help that they didn't bring their A-game this time around, laying out jokes that were amusing but not gaffaw-worthy. This is one of those episodes where I kind of wish Mike and his team had been around for it as I feel they would have given better, less sleepy material for this sleepy little Western than what Joel was able to give. On the whole, though, this is the rare MST3K where the episode is worth watching more for the movie than the color commentary.