Sometimes you watch an episode of Mystery Science Theater 3000First aired on the independent TV network KTMA, Mystery Science Theater 3000 grew in popularity when it moved to Comedy Central. Spoofing bad movies, the gang on the show watch the flicks and make jokes about them, entertaining its audience with the same kind of shtick many movies watchers provided on their own (just usually not as funny as the MST3K guys could provide). It became an indelible part of the entertainment landscape from there, and lives on today on Netflix. and you get dispirited. There's a level of crappiness that is enjoyable, and then there's this line, a low bar in quality, where a movie because so bad it's no longer fun to heckle it. Sure, at a certain point a movie can become so much worse and spin back around to being funny to mock again (Santa Claus Conquers the Martians and, of course, Manos: The Hands of Fate), but there's this grey area in between where a movie can be so bad (without being so bad) that you just hate yourself for watching it. 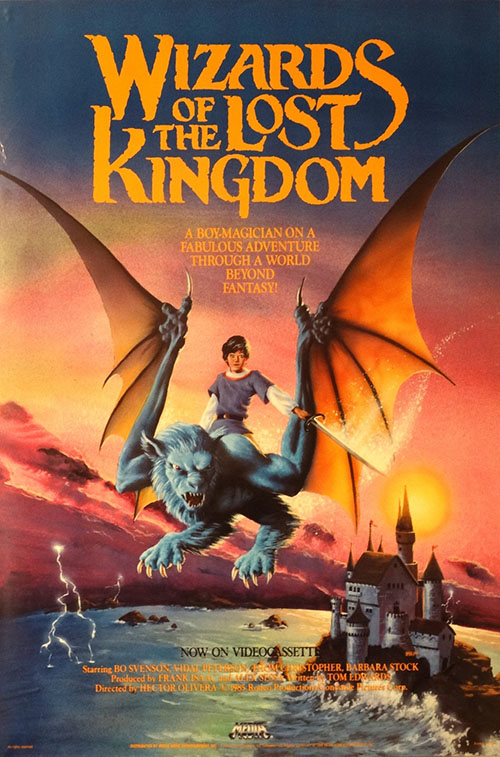 That, really, is all that needs to be said about Wizards of the Lost Kingdom. To say anything more than that is beating a dead horse... and yet I suffered through this film so I feel like a bit of horse-whipping is in order. This is a movie where, by the end of it, I felt like my soul had been crushed a little. It's a motion picture made on a shoe-string budget by Roger Corman (notorious cheap-film producer) where the quality of the film barely reaches above made-for-TV fare. It's bad, just despairingly bad.

The film revolves around Simon, a young boy and trainee wizard. His father is the head sorcerer for the kingdom, but when an evil sorcerer, Shurka, Simon's father is no match. His father teleports Simon away with the dad's magical ring (the source of his power), but Simon immediately drops it before the spell can take effect. Now Simon has to travel back to the kingdom with the aid of traveling sell-sword Kor, reclaim the ring, and defeat Shurka to save the day and free the realm.

The first big problem with Wizards of the Lost Kingdom is that it's plot hinges on Simon being an idiot and losing the one item he had to keep in his possession. If he'd kept the ring (which, really, should have been an easy thing to do since all he does is distractedly drop it) there would be no plot. Or, if he'd just put the ring on and fought Shurka, there'd be no plot. Hell, to be frank, there really isn't any plot even still as the whole story of the movie is basically: Simon and Kor go out into the woods, have a few random adventures that don't actually mean anything to the story, and then suddenly they save the day. That's it.

Normally when a movie sends heroes on a journey through random encounters -- in this case: fighting brigands, exploring a mysterious cavern, helping a mermaid -- it's because each point in the journey teaches the characters a valuable lesson. By the time they end their journey they should have evolved into different people, ones capable of using the powers they've gained along the way so they can defeat the evil (both the external foe as well as the evil within themselves). That's the point of a journey like this, but if you don't teach the characters lessons along the way then the adventures just become so much filler.

That's every skit in Wizards of the Lost Kingdom: filler. The Simon who arrives at the castle at the end of the movie is the same dumb, annoying kid we had at the beginning of the movie. The only thing that changes for him is that he gets the ring back. He didn't learn anything about himself and he certainly didn't gain better control over his magic during his time away (which is little more than a day-and-a-half at best). If he'd just put the ring on and fought Shurka at the very start of the movie the whole thing could have been over in five minutes. 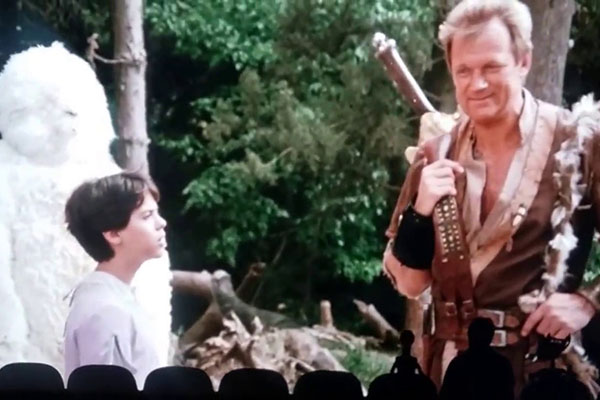 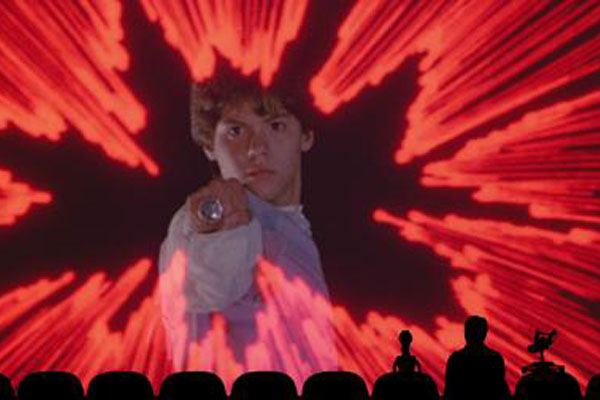 Not that his companion, Kor, is any better. The sell-sword is, apparently, a legendary hero (at least, so we're told), a master of the sword and accomplished killer for hire. He's also played by a guy in his mid-40s who had absolutely no training with a sword, so the action sequences in the film are laughable at best. He's not a good swordsman (although he's better than anyone else in the movie so maybe he really is the best, just by comparison) and he's also a pretty terrible guide for Simon. The two basically luck their way through low-stakes adventures and then we're supposed to cheer when they win the day? Hardly.

Honestly, the best character in the film is the evil Shurka. As played by Thom Christopher (a no-name actor with very few credits to his name, all of them for terrible movies, although he did apparently nab one daytime Emmy), Shurka is a charismatic force. He chews about as much scenery as he can, given the material he has to work with, and Christopher clearly was having a ball on set. Honestly, Christopher seems like the only person in on the joke that was Wizards of the Lost Kingdom which makes him so very watchable.

I realize this film is a Roger Corman cheapie and we have to judge these movies by a different standard. I try to like the various Corman films that have shown up in MST3K (such as Avalanche and Lords of the Deep) even if they're all, by and large, pretty awful. Wizards of the Lost Kingdom is easily one of the worst this series has subjected me to yet. And, most dispiriting of all, next week we have to suffer through the sequel.

For fans of the skits, there were a couple I rather liked. The invention exchange had a product I'd actually buy, Conversation Smoke Bombs (to get you out of a discussion you want nothing to do with). There's also a pretty good song between Jonah (dressed as Kor) and Tom Servo (dressed as Simon) where Jonah sings about finding the "magic within you". Special note for the four undead Crow's dancing in the background. I enjoyed everything the crew was doing with this episode, I just really hated the movie.