Putting Out an Ad for Better Wizards

When it comes to selecting the movies to yell at, the Mystery Science Theater 3000First aired on the independent TV network KTMA, Mystery Science Theater 3000 grew in popularity when it moved to Comedy Central. Spoofing bad movies, the gang on the show watch the flicks and make jokes about them, entertaining its audience with the same kind of shtick many movies watchers provided on their own (just usually not as funny as the MST3K guys could provide). It became an indelible part of the entertainment landscape from there, and lives on today on Netflix. crew don't normally go in for series of films. That's not to say they've never covered sequels -- they've done plenty of Godzilla and Gamera movies, along with a Creature from the Black Lagoon sequel, and the third season of the show featured Cave Dwellers, the first sequel to Ator, the Fighting Eagle which was itself later covered in the twelfth season of the show -- but before eleventh season we'd never had the two movies in the same season, let alone back-to-back. 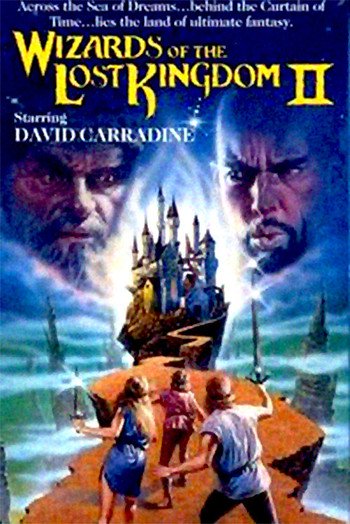 That's probably because if a movie is good enough to warrant a sequel you wouldn't then expect it to show up on MST3K. Of course, that ignores the production capabilities of mockbuster professionals like Roger Corman, and when you already have a title that's somehow made any money, why not crank out a cheap cash in to the already cheaply made first movie? That can be the only reason I can see why the terrible Wizards of the Lost Kingdom warranted a sequel. Somehow, for some reason, people bought the first movie (or, at least, watched it enough on cable that the movie made good licensing money), so the world then had to suffer through the creation of Wizards of the Lost Kingdom II.

Note that this is a sequel in name only. None of the characters from the first movie show up in the sequel, and none of the locations, concepts, or themes are repeated in this sequel. About the only thing this movie has that the first movie had as well is wizards, and a young kid on a hero's journey. You will be forgiven for thinking that's the most tenuous connection for a sequel, even if it is -- that's just the logic of the mockbuster genre. Find a script, slap a "known" name on it (which, in this case, is really "barely known"), give it the most meager of budgets, and then crank it out as fast as you can. If it makes any money at all it justifies its own existence.

In Wizards of the Lost Kingdom II we're introduced to Tyor, our teenage farmer. Born of lowly status, Tyor (Robert Jaybe) soon has his world shaken up when the local hedge wizard, Caedmon (Mel Wells), comes calling. Caedmon, it should be noted, is on a mission to save the world from three evil wizards, but Caedmon's own powers are lacking so he needs an apprentice he can train to be a high and mighty Grand Wizard (the movie's words, which the MST3K guys immediately cringed at). Together, along with the help of the great warrior, the Dark One (David Carradine), and his wife Idun (Susan Lee Hoffman), these heroes will have to battle though three "found kingdoms" to find the wizards and eliminate them all to free the kingdom and save the world.

Having watched the first movie I certainly didn't feel like there was anything left to tell in a sequel, certainly not to the point where a sequel would be warranted. And while this is, obviously, a sequel in name only, there's still a connotation that this movie somehow carries over anything from the previous film. Heck, they even feature a few brief seconds of footage from the previous movie to somehow establish that this film takes place on the same world, but that's as far as the connection goes. Nothing in this movie justifies the Wizards of the Lost Kingdom name... not that the original movie really justified itself either. They both suck. 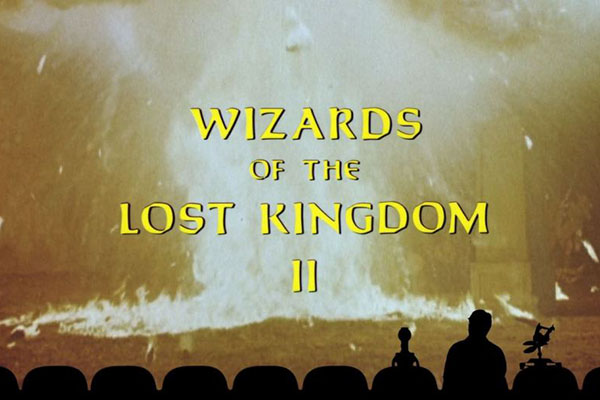 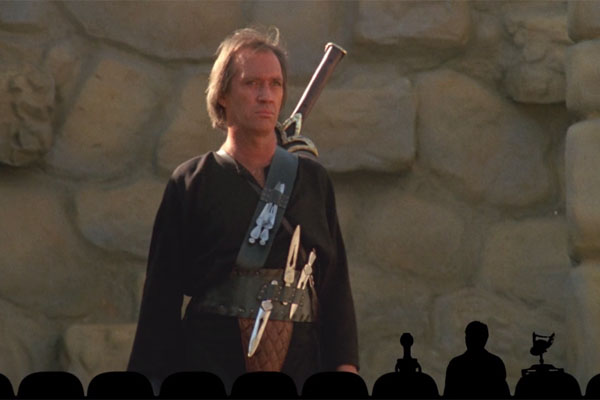 What's impressive, really, is that each movie sucks in totally different ways. While they're both cheaply made, shoddily put-together films, they each manage to find different ways to be truly cruddy. For the original that meant a meandering movie with nonsensical episodes that barely held together. Here, in the sequel, the film at least sort of justifies its episodic plot -- the heroes have to travel to each of the three found kingdoms, meaning the movie is fairly neatly segmented into three smaller adventures. The story of the movie is linear and functional, and you're never left wondering why the characters are wandering this way or that or why these random people are showing up to harass the heroes. It has, at least, a logical story (if not a very good one).

That said, this sequel somehow manages to feel even shabbier and cut-rate than the original, and that was a movie that had a terrible off-brand wookie costume as a many character. Here, all the sets are cheap and thrown-together, there are barely any special effects (even by the standards of the original), and all the costumes look like they were thrown together at the last minute. It's like they said, "we're making a sequel, so we can just reuse what we had before" but they barely had anything to begin with so they just winged it. It's awful.

If there's one saving note to the film it's the actors. The whole group this time around actually can act, certainly more so than anyone in the original Wizards. It's not great, and they all feel like they've coming at the material from their own direction (none more so than David Carradine who seems to be acting his role like his character from Kung Fu), but at least they can all read the lines convincingly enough and give something approaching real emotions. Considering the script they were saddled with, that's a major accomplishment.

I do have to question why the MST3K group thought they should cover this film right after doing the original. It's not that this movie isn't worth of the MST3K treatment, because it is. It's a terrible movie and the only way I'd willingly watch it once (let alone the twice I've now done, once for this site) is if it was on the comedy series. But covering the two films back-to-back is an endurance test, a punishing marathon of crappiness without reprieve. At least when they switch between different films you get the hope that something will be different -- different writers, actors, and producers to make different kinds of (terrible) movies). Here, though, we already know how bad the film will be because it's a sequel to a wretched movie. There's no hope it'll get any better, on fear about how much worse it could be. 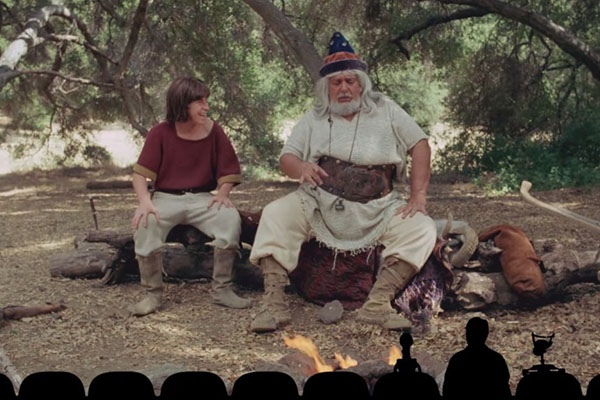 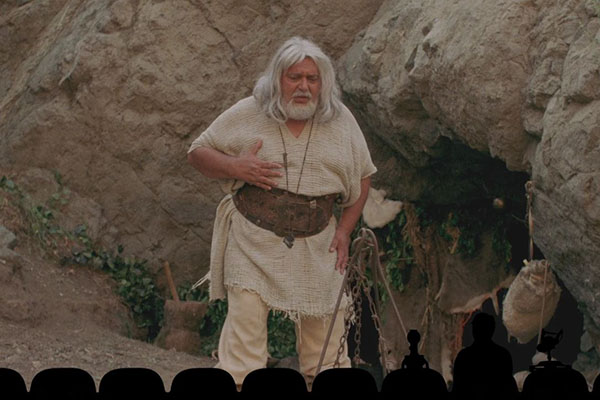 This even seems to be the feeling of the crew, at least from what can be gleaned by the episode. This just isn't that funny of an episode with even the crew seemingly beaten down by the awfulness on screen. Many of the jokes were still good, but there are long pauses between the one-liners, and very little in the way of amusing asides or musical breaks to fill the time. I honestly ended up checking my phone pretty often during my second viewing just because there was little to pay attention to on screen. Considering the normal, rapid-fire pace of the show, that's truly saying something.