No, Man! She's Your Sister!

Well, we've done it. With this, the last film of "The Gauntlet", we've reached the conclusion of this long slog. All we have to do is make it through this movie and we can move on to different, better things.

I would like to report that this season of Mystery Science Theater 3000First aired on the independent TV network KTMA, Mystery Science Theater 3000 grew in popularity when it moved to Comedy Central. Spoofing bad movies, the gang on the show watch the flicks and make jokes about them, entertaining its audience with the same kind of shtick many movies watchers provided on their own (just usually not as funny as the MST3K guys could provide). It became an indelible part of the entertainment landscape from there, and lives on today on Netflix. goes out on a high note, that the selection of movies is redeemed by this last film, Ator, the Fighting Eagle, but it's really not. As far as the movies themselves are concerned (ignoring the comedy from Jonah and the Bots), Ator is much closer to the bottom of the barrel. It's about as bad as Atlantic Rim and only slightly better than Lords of the Deep or The Day Time Ended. Put another way, it's really bad when Mac and Me is the highlight of your playlist.

Ator is, essentially, an off-brand Conan the Barbarian run through the lend of Spaghetti Westerns. It's an American-Italian co-production without any of the budget, or class, of Conan. In all respects that matter, it's a worse movie, but if you squint and look at it from just the right angle, it vaguely follows all the basic beats of it's larger, more popular brethren.

The film follows Ator from birth, where he's taken from his mother by the warrior Griba (Edmund Purdom) and hidden in a peasant village some distance away. When Ator (played as an adult by Miles O'Keeffe) grows of age, he longs to do nothing more than settle down with the girl of his dreams and live a life of peace among his people. There are only a couple of problems with this plan. First, the "girl of his dreams" is his sister, Sunya (Ritza Brown). True, Ator is adopted so technically it's okay, but he didn't know that when he fell in love with her. Weirder, his family, including his sister, is okay with this and, after explaining his actual heritage to the boy, the villagers all throw a big wedding for the (creepy) happy couple.

Sadly, this is where the second problem comes in: warriors for the nearby Spider-cult come to the village, attack everyone there, kill most of the villagers and kidnap Sunya. Ator has to team up with Griba and, later, Roon the Thief (Sabrina Siani) to find Sunya, stop the Spider-cult, and save the day. Oh, and I guess he also has to learn to fight, find a bunch of treasure, kill a bunch of other monsters, and have a grand adventure. Really, it sounds like Ator has a very full day ahead of him.

From the outset, Ator is a bad film. If we ignore all the issues with plot and characters (which we'll get to in a few), the film itself is still shoddily filmed and horribly paced. It's one of those movies where you know, deep down, talented people were involved you just can't see any of that talent at all. A lot of people were involved in this production, and all willingly signed their names to it in the credits, but you'd be hard pressed watching this film to understand why. 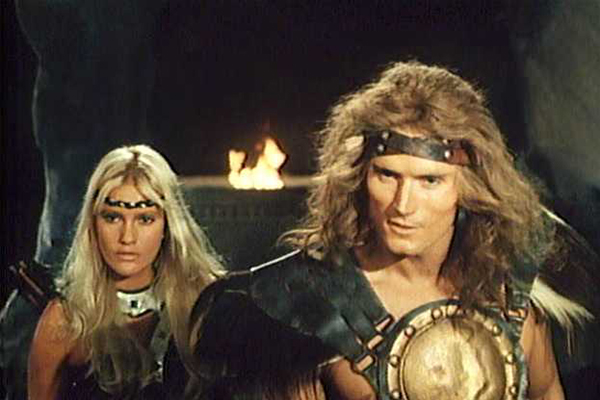 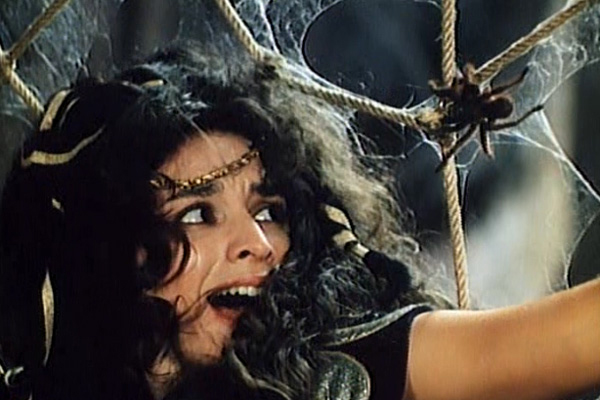 While I have issues with the strange family dynamics at play at the start of this movie (seriously, dude should not want to marry his sister), that's the best part of the plot for the whole of the movie. After the wedding is attacked, things just kind of happen to Ator as he cruises along on his mission to save his sister-wife. There's no rhyme or reason to it, events just play out, Ator accomplishes feats, and then everyone moves on and never talks about what just happened again. So much of this movie could have been cut out of the final version and nothing would have been missed. It also could have easily been half the length of its final run time, and that would have been a godsend.

Even the end of the film isn't really able to convincingly play out. Ator finally makes his way to the Spider-cult and takes on Dakar, Priest of the Spider. This is the battle we've been building towards for this whole stupid movie and it's over before it gets going. But, not to worry, Griba, Ator's friend, shows up and reveals he's been the real villain all along. You know, for reasons. Not good ones, because the movie can't explain them, but reasons all the same. Ator then kills Griba. The a giant spider shows up (as if this was the end of Wild Wild West), and Ator dances around the puppet for a little while before it, too, dies. And then roll credits. It's disappointing as much because none of the battles have any impact but also because it all just kind of happens. Each villain shows up, says a few words, and then dies. There's no soul to the proceedings, no reason for any of it to happen. It's just how Ator rolls.

Although I suppose with the quality of actors in the production there was only so much we could hope for. None of them are great, to be sure, but the worst of the bunch (it should come as no surprise since this is a terrible movie) is the lead. O'Keeffe had been a few productions before this, such as Tarzan, the Ape Man the year before. While he's certainly a chiseled slab of meat, that's about the only thing he has going for him in this role. His performance is as flat and uneven as his abs. I'm not going to try and say a better actor could have elevated material, but maybe? I mean, when you consider Conan the Barbarian, that movie would be dreadful without the charismatic performance of Arnold Schwarzenegger. Had someone of that caliber been cast in Ator, perhaps the film could have been better. It's doubtful, but maybe. 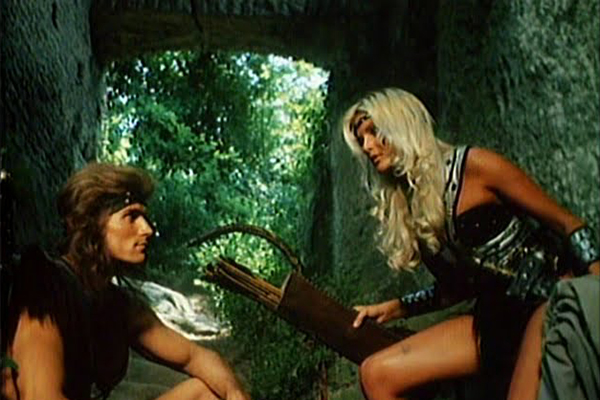 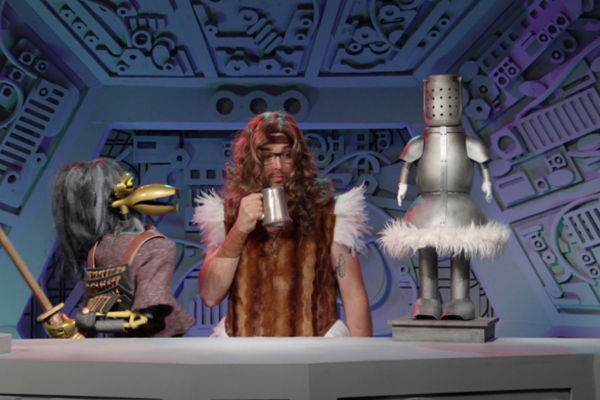 The thing I will say about this episode of MST3K, though, is that as bad as the movie is, you don't feel it. As I noted above, if you had to watch all six movies in "The Gauntlet" without Jonah and the Bots, this playlist would be dreadful. Taken on its own, Ator, the Fighting Eagle is a wretched movie. But the MST3K crew make it the most watchable movie in the six-episode run. This was one of the funniest episodes of the set, and it didn't even need a big musical number or super-catchy skits to pull it off. There's so much stupidity in Ator that Jonah and the Bots are able to riff, non-stop, throughout the movie.

Ator, the Fighting Eagle is a terrible movie. The "Ator" episode, though, is one of MST3K's best and a great way to finish out the run. If you're only going to watch one or two movies from "The Gauntlet", I recommend you start with Mac and Me and finish up with Ator. That's a playlist to be proud of.