The Wrong Kinds of Aliens

Some credit where it is due: I would never have expected a movie like Santa Claus Conquers the Martians, let along a live-action version of that concept. This feels like a c-grade Rankin Bass concept, one that would have been made in their later production cycle just to reuse some Rudolph props and scrape out a little more licensing money before the company folded in the lat 1980s. Instead, this was a real film, one made in the Sixties, that producers willingly spent a reported $200,000 to make. That astounds me. 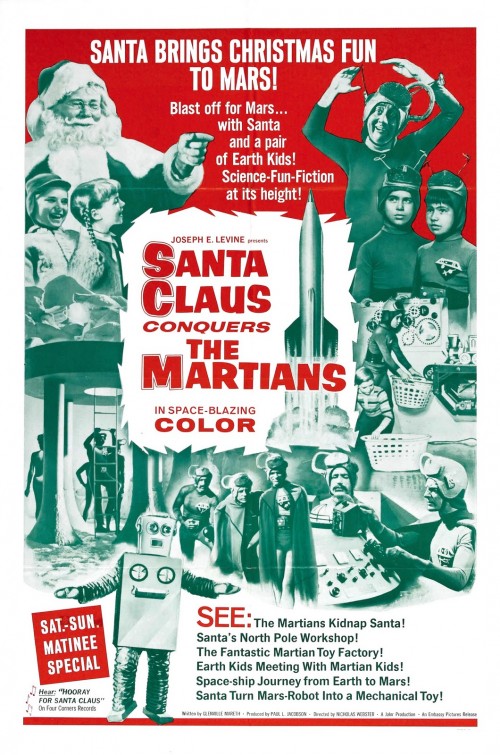 It's really stunning to see that this movie really exists because it's just so very bad. It is, in fact, Manos: The Hands of Fate levels of bad, something you wouldn't expect from people that actually worked in the film industry (say whatever you will about Manos, and I did, but that film is at least excusable because it was made by people that didn't have a clue what they were doing). Real people got together, put money into the pot, and managed to make... this film. Santa Claus Conquers the Martians. This is really the film they wanted to make? Really?

In the movie, Christmas is just around the corner so, of course, Santa Claus is getting everything ready in his workshop. We know this because worldwide news outlets are covering Santa's preparations in the North Pole. Whatever else happened in the movie, I was immediately struck by the notion that everyone, worldwide, knows Santa actually exists and it's somehow not a big deal. Did we miss a previous movie somehow where Santa outs himself to the world? That sounds like a curiously interesting movie to see, one where Santa reveals himself, and then holds meetings at the U.N. to establish the North Pole as it's own nation. A lot of political maneuvering, and then jurisdictional negotiations so that Santa not only has diplomatic immunity but also clearance to continue entering into people's homes to delivery presents.

What's the economy of the North Pole? Did Santa reveal himself so he could negotiate better trade deals? Was the workshop about to go bankrupt and that's the reason Santa have to come out of the gingerbread closet? I realize the movie treats Santa like he's always existed, like it's a fact, because this movie was meant for children and kids believe in Santa, but this whole setup just struck me as so weird that I never really got past it.

Regardless, after the news shows off Santa, we then cut over to Mars where we see Martian children watching the Earth news program. so they can see Santa. Apparently, despite being able to go anywhere on Earth in a single night, Santa has never once visited Mars. The Martian children aren't really like Earth children -- they don't play, they don't laugh, and they don't have fun. The Martian High Command wants to fix that, though, so a team is sent to Earth to kidnap Santa and bring him back to Mars so he can work his magic on that planet instead. In the process the Martians accidentally kidnap a couple of extra kids, there's a whole subplot about Martian defectors wanting to preserve the very serious Martian way of life, and a lot of dumb gags that aren't entertaining to anyone, at any age. Ah, the magic of Christmas. 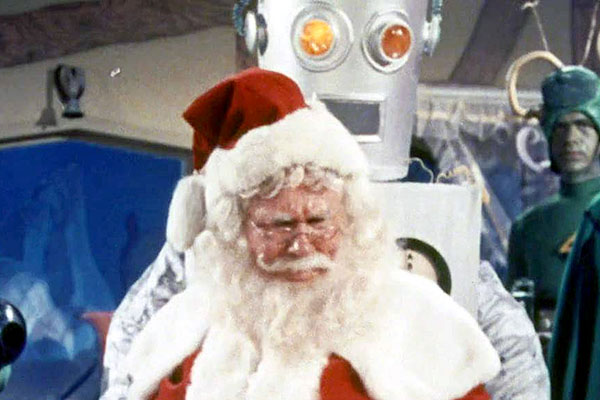 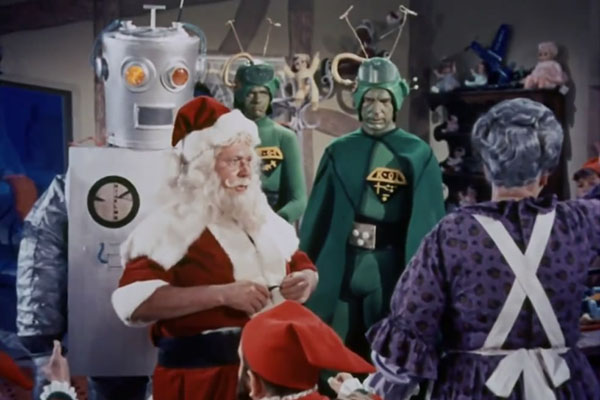 There is absolutely no way to sugarcoat it: Santa Claus Conquers the Martians is an ineptly made film at every level. To start, the story is bonkers but not in a way that you can invest in. Conceptually I like the idea of Martians and Santa having some kind of confrontation. To make the point again, as a Rankin Bass production, this probably could have had some merit -- it would have been daffy, and silly, with a lot of weird humor, which sounds like a lot of later-day Rankin Bass TV specials. It wouldn't have been great, but that version of the film could have been fun. It also would have been mercifully shorter, cutting down so much of the dead-time in the film to make something fleet and watchable.

Even if the story were more interesting, it wouldn't get over the fact that the production didn't have enough money to really make the film they wanted. The sets in the film are little better than the standard sets in an episode of Mystery Science Theater 3000First aired on the independent TV network KTMA, Mystery Science Theater 3000 grew in popularity when it moved to Comedy Central. Spoofing bad movies, the gang on the show watch the flicks and make jokes about them, entertaining its audience with the same kind of shtick many movies watchers provided on their own (just usually not as funny as the MST3K guys could provide). It became an indelible part of the entertainment landscape from there, and lives on today on Netflix. (and the irony of the fact that we're talking about a film then covered by MST3K is not lost on me). Most of the sets are minimal sound stages with some props and half-assed decoration thrown in. Hell, somethings are so bad, like the "polar bear" that shows up mid-way into the first act, that even Joel and the Bots have to comment on it. It's glaringly bad.

Then there's the fact that the actors, as a whole, aren't able to invest in the material. I'll complain about actors (like Bruce Willis in Glass) just phoning it in, but I don't think I've ever seen a film where just about everyone was phoning it in. Was this the acting style the director wanted? Half bored and disinterested? Because that's what they got.

It's just so astoundingly, amazingly bad. And it got a theatrical release! That's what I find so amazing. This inept movie came out, and people saw it. Reviewers hated it, of course, because they have eyes and ears, but still. This movie came out and people saw it. And then, due to a quirk of the industry, it failed to garner a copyright and became a public domain movie, which is why MST3K covered it. 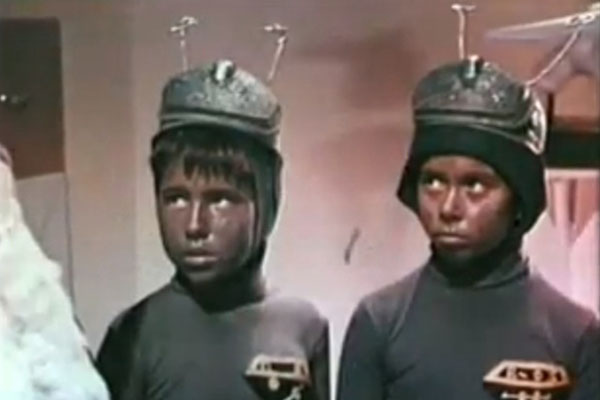 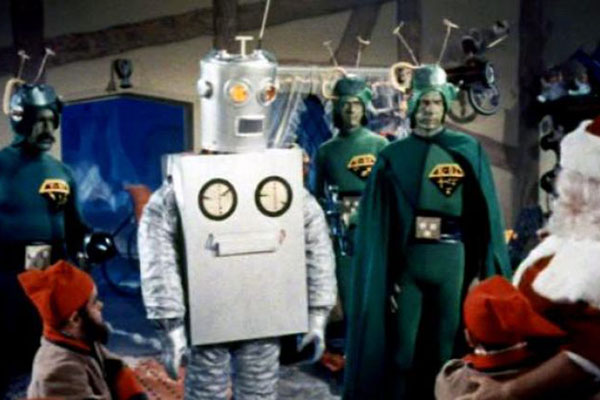 This isn't the greatest episode of MST3K if you're here for the riffing. The guys do what they can, no doubt, but this film is so boring in places that it's hard to get great material out of it. If you're here, you're wanting to watch the bits in between the movie and, on that front, I do think the episode delivers. The invention exchange is pretty amusing, but the real winner is the classic hit, "Let's Have a Patrick Swayzee Christmas". This is a song that should be played at everyone's holiday events.

So yeah, Santa Claus Conquers the Martians sucks. Come for the boys singing a great holiday hit, and then, I guess, stick around for the really cruddy movie.