I Honestly Don't Even Know What Just Happened

Along with the new seasons of Mystery Science Theater 3000First aired on the independent TV network KTMA, Mystery Science Theater 3000 grew in popularity when it moved to Comedy Central. Spoofing bad movies, the gang on the show watch the flicks and make jokes about them, entertaining its audience with the same kind of shtick many movies watchers provided on their own (just usually not as funny as the MST3K guys could provide). It became an indelible part of the entertainment landscape from there, and lives on today on Netflix. produced and distributed by NetflixOriginally started as a disc-by-mail service, Netflix has grown to be one of the largest media companies in the world (and one of the most valued internet companies as well). With a constant slate of new internet streaming-based programming that updates all the time, Netflix has redefined what it means to watch TV and films (as well as how to do it)., the streaming services has also been putting out small selections of classic episodes. These have changed over time which, honestly, is a bit of an issue for me as a new volume must have come out after The Gauntlet came out, and a bunch of the episodes I wanted to review (like Space Mutiny) disappeared. So We have to go over other episodes I've never heard of before. 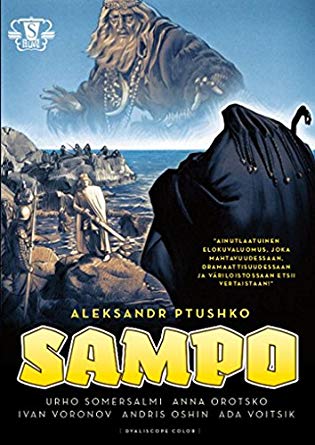 As such we're starting with the Joel era, fourth season, with a pretty dire double header of short film/feature production. And if you thought some of the movies we were getting near the end of The Return were bad, they're absolute high cinema in comparison to the dreck we have today.

We start with a short film, "Here Comes the Circus". Although the Netflix seasons didn't have any short films included in their episodes, this series traditionally used short films as a way to make up time on really short feature productions. These shorts could come from anywhere, seemingly having no requirements for what sources the shorts could come from. That's how we get "Here Comes the Circus", an ancient short highlighting the joys of visiting the circus that feels like a newsreel from back in the glory days of the Silver Screen.

I honestly feel weird reviewing a newsreel because these things were never meant to be the height of cinema. It's a promotional ad, a short film dedicated to showing you many of the thrills to be had at the circus and, on that front, I guess it kind of failed. I mean, I've never been one to care about the circus at all, so watching a black-and-white promotional reel for a circus, essentially rendering the whole event through a third-person lens, removes any of the visceral energy a circus event could have (which, again, for me is minimal anyway). It's not a poorly shot film for what it is, and certainly back during the good ol' days of newsreels this might have made the circus seem interesting. This is more of an anachronism for us at this point, something to look at and go, "really, this was a thing people watched?"

It wasn't even a good source of laughs for the crew. I think I chuckled a couple of times while the guys mocked the short, but it just didn't feel like the crew was really in it this time. I will note, though, that this was still a funnier experience than the main movie...

So, cards on the table: I watched this whole episode and I'm still not certain what the plot of the movie was. We open with a lumberjack, Lemminkainen, who is in love with Annikki, the fair sister of local blacksmith Ilmarinen. The blacksmith is particularly skilled, the only person in the village able to create the Sampo (a device that is ill-defined in the English dub of the film viewed in this episode but, from the Wikipedia page on the movie, is apparently a magical mill that can create anything the villagers desire). Lusting after the power of the Sampo, the evil witch Louhi kidnaps Annikki (via an enchanted cloak) so that she can lure Ilmarinen to her froze land and forge her a Sampo. He does, freeing his sister, but via machinations of Lemminkainen the witch's Sampo is stolen and destroyed. 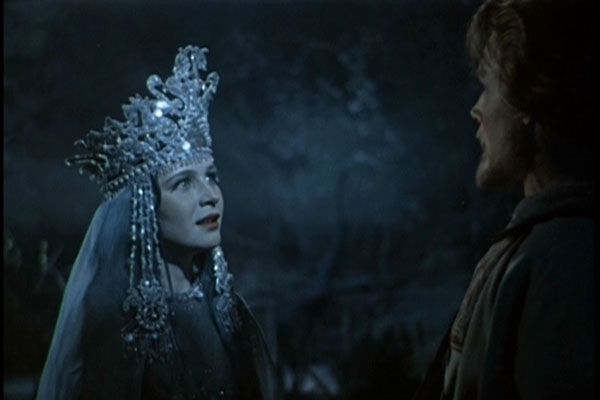 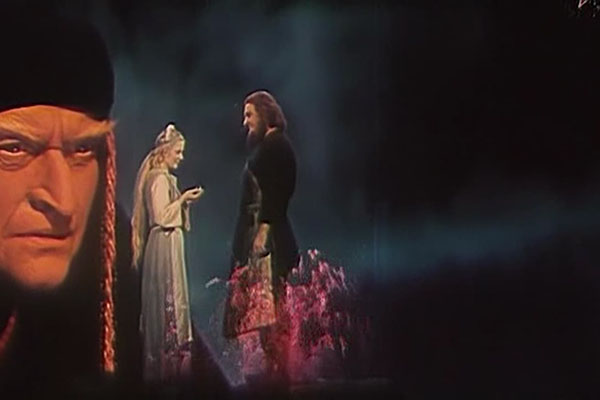 This in turn leads the witch to then visit the village and steal their sun, locking it away, plunging the village into perpetual darkness and frost. Thus, the villagers have to go to war to defeat the witch and thaw the world so it's livable once more. You know, as you do.

If you're at all familiar with classic myths, this story should read like one of the traditional mythical stories of the Norse era. it should, as it's a Soviet-Finnish production based on the Finnish epic Kalevala. I can certainly respect the decision to adapt a classic epic into a film, a visual way to continue a literary tradition. But, while I appreciate the literary significance of the achievement, the movie itself is a dire, awful mess.

I mean it when I say I really didn't have a clue what was going on. Much of the movie just flits by as if the viewer will simply understand the story, leading me to think huge sections of the film were lost in the transition from Russian (and/or Finnish) into English. This hold up with a little research as, apparently, 24 minutes of film were cut from the English version. Most of it involves a subplot about Lemminkainen getting killed by the witch and then resurrected by the power of the sun, a story that was probably too dark for the mild sensibilities of movie watching audiences at the time. That or it was ridiculous and no one understood it anyway. Regardless, a lot of stuff was edited, and while big scenes were cut, there's probably also smaller changes that altered just how easy it was to understand the movie.

Honestly I feel kind of dumb that this movie didn't click for me because, reading the description after the fact, the story came into focus and it all suddenly worked. Don't get me wrong, the movie is still a dire, boring mess barely improved by the MST3K guys, but I might have liked it slightly more if anything on screen actually conveyed the story they were trying for. 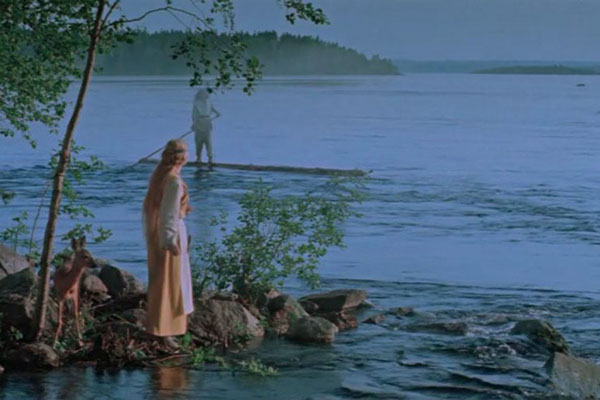 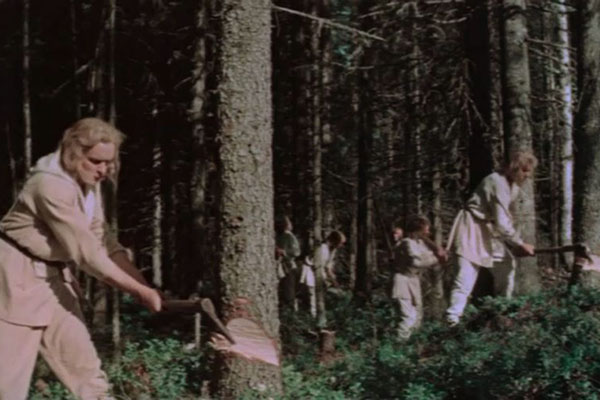 Still, the real failing of this episode lies at the feet of the MST3K crew. They just didn't bring it this time, barely commenting on most of the movie. Even when they made jokes, it was usually the same, repetitive material, like picking on the fact that Lemminkainen's name sounds like "Lemon Limon" (the Sprite "flavor"). It felt like the guys were asleep at the wheel for this, barely caring about this movie one bit.

Even the skits were lackluster, from the opening invention exchange -- the ill thought-out Snaction edible action toy play set, and Dr. Forrester's Unhappy Meals -- to Gypsy's one-woman lounge show and the bots finding ways to make their own horrible circus. On the whole this episode just fell flat. I'm not sure why Netflix resurrected this one in particular (maybe all the movies were out of copyright so the episode was cheap to license), but I really hope I never have to watch it again.