Still Waiting For That Magic

This was the movie I'd been truly dreading since I started going through and watching Mystery Science Theater 3000First aired on the independent TV network KTMA, Mystery Science Theater 3000 grew in popularity when it moved to Comedy Central. Spoofing bad movies, the gang on the show watch the flicks and make jokes about them, entertaining its audience with the same kind of shtick many movies watchers provided on their own (just usually not as funny as the MST3K guys could provide). It became an indelible part of the entertainment landscape from there, and lives on today on Netflix. episodes for Asteroid G. There have certainly been some stinkers, movies that I really hated watching the first time I saw them on MST3K and certainly didn't look forward to watching again when then time came for this project, but I remembered Carnival Magic being so much worse. I remembered it being Manos: The Hands of Fate levels of bad and I really, really didn't want to have to sit through that again. 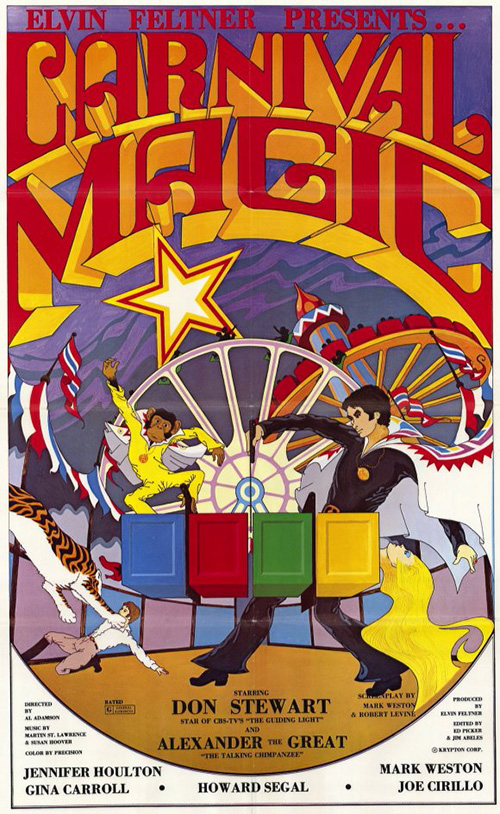 The thing is, though, it wasn't that bad. I mean, it really is a bad flick, truly terrible, but in comparison to the badness I had built up in my head, Carnival Magic just doesn't hit that bar. I think in part it's because I've watched a lot of terrible movies at this point and, going through this season a second time, I'm just getting numb to the badness. A movie that's just mediocre but inoffensively so, like Carnival Magic doesn't leave my cringing in terror anymore, not like Wizards of the Lost Kingdom II for sure.

In Carnival Magic, there's a carnival and then... magic. Oh, and a talking monkey that helps the carnival's illusionist on stage. That's really the whole plot of the movie. Most of the runtime of the film is taken up with aimless scenes of people talking, discussing the fate of the carnival and whether or not they'll have to shut down. Then there are tons of scenes of the carnival itself, and many of the acts performing. Finally, in the last act, a bit of action happens as one group tries to steal Alex, the talking monkey, while the carnies go after them to get the monkey back. Really, it's mind-numbing for the most part and if I had to watch this movie straight, without the help of the MST3K guys, I'd despise every second of it.

I'm not lying about how boring this film is, either. At times the most thrilling thing on screen is the carnival boss walking down the lane, watching people playing the games and enjoying the entertainment. It's like a series of establishing shots, all strung together as if that can somehow make a "story" or a "movie". It really doesn't, at least not one people would actively want to watch. There's no doubt in my mind why this film was covered by MST3K as it's just truly tedious.

Clearly the people making the movie had the idea that they could just film it on the cheap at a local carnival, and simply hire a monkey for the film because who doesn't like a monkey? That's a much effort as I can assume they put into the film, and it shows in every boring second of the meandering movie.

And yet, remember, I said the film wasn't that bad, and it's not, at least within the context of some of the truly awful stinkers MST3K has covered. I mean, taken on its own the film probably is that bad, but we don't have to watch this movie as it was originally produced. We have the MST3K guys to help get us through it and, this time, they brought their full A-game to the proceedings. While the film itself may seem just as bad as Manos, Jonah and the bots are able to do so much more with Carnival Magic. 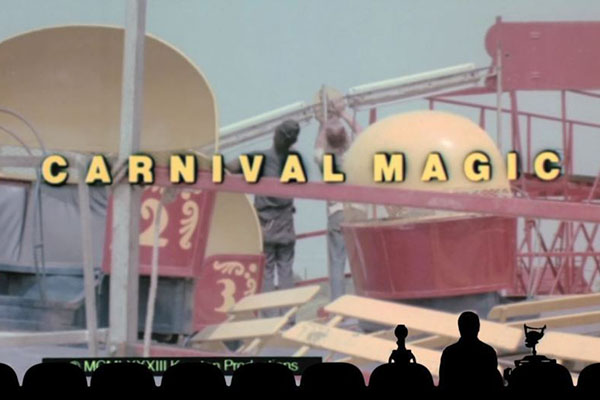 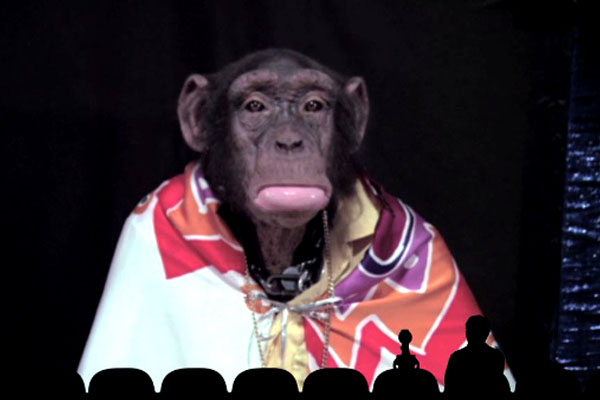 At least in part that's because there's so much more script to Carnival Magic. Manos is famous for having glacially long pauses in the script. While pauses are good for the MST3K crew as it allows them to work in jokes and reply to characters on screen, if the pauses go on for too long the comedians end up waiting around, and that drags the pace. Carnival Magic has just the right level of pauses, just long enough for it to be awful if you watched the movie straight but not so long that even the comedians in the MST3K faux-theater and killing time, waiting for something new to happen.

Of course, the movie also has a stupid, goofy, threadbare plot that the guys can easily make fun of. The fact is that most of the movie is the characters killing time, going about their lives. This, in turn, allows Jonah and the bots to do all kinds of random skits along the way without worry about talking over anything important or interrupting the flow of the film. They cram in a ton of jokes, random asides, and all kinds of gags because the film is designed to let them get away with it. It's almost like the film was engineered to have yet another audio track going over top of it, one that highlights and improves the original film.

Put another way, it's rare to find a film so perfectly suited to the kind of mockery MST3K provides. But Carnival Magic does just that, giving itself so much room to breathe that the comedians can have a field day with the movie. It makes for one of the funnier episodes of the NetflixOriginally started as a disc-by-mail service, Netflix has grown to be one of the largest media companies in the world (and one of the most valued internet companies as well). With a constant slate of new internet streaming-based programming that updates all the time, Netflix has redefined what it means to watch TV and films (as well as how to do it). revival.

Carnival Magic is a terrible movie, but it's the right kind of terrible for this series. That said, I'm glad the proposed sequel (listed in the credits for the first movie), More Carnival Magic, was never made. I don't think I could take two terrible films like this back to back.