Wow, this season of Mystery Science Theater 3000First aired on the independent TV network KTMA, Mystery Science Theater 3000 grew in popularity when it moved to Comedy Central. Spoofing bad movies, the gang on the show watch the flicks and make jokes about them, entertaining its audience with the same kind of shtick many movies watchers provided on their own (just usually not as funny as the MST3K guys could provide). It became an indelible part of the entertainment landscape from there, and lives on today on Netflix. is filled with some real stinkers. I mean, admittedly we're only three episodes in so maybe I'm have PTSD from the last time I watched through season 11 of the series, but I'm already starting to feel defeated (and this despite how good the season premiere, Reptilicus turned out to be). The back-to-back wretchedness of Cry Wilderness and The Time Travelers leaves me hollow and sad. 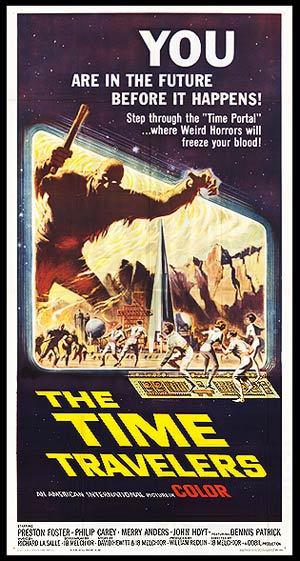 As should be obvious, I really did not like The Time Travelers, although that has nothing to do with the superb work of the MST3K crew. This film is just bad in that mediocre way you come to expect from Z-grade sci-fi films of the 1960s. very little interesting, or amusing, or fun happens in the movie (and by "very little" I really mean "none at all"), and it all amounts to a solid waste of an hour-and-a-half of my life (or, really, three hours since I've already watched though this season once before). This movie is so slow, and plodding, and boring that I have to wonder why anyone thought putting it out into the world was a good idea.

In the film, a team of scientists (and their dopey assistant, Danny) us a device to open "windows" into the past, allowing them to see hours and days that previously happened. However, when attempting to peer into the future the team accidentally creates not a window by a "doorway" 100 years distant, allowing the team to explore a desolate future. Sadly, after all crossing into the future to take a look the doorway closes behind them, stranding the team. They're forced to find refuge with the remnants of future-Earth (the only human survivors of a nuclear war) as they prepare to leave Earth for good. The scientists will either have to book passage with these future-Earthers or find some way to recreate their experiment and get back to their own time (and tell the past about the desolate future they're headed towards).

The Time Travelers is a speculative fiction movie that clearly plays on Cold War-era fears. People were honestly worried about what would happen if the nukes started dropping creating ripe material for sci-fi authors to explore: humans are bad for the Earth and, one way or another, we're going to blast ourselves out of existence. Bear in mind, four years later Planet of the Apes would mine similar material to great effect, showing a distant future where humans killed themselves and the apes took over. That's solid speculative fiction and, also, a far cry from the depths The Time Travelers takes with the material.

In short, The Time Travelers spends about as much time deeply exploring a post-apocalyptic Earth society as This Island Earth spent on space travel and the threat of alien invasion. It's a shallow and cursory movie that seems more interested in trying to explore cool special effects than in telling any kind of deep story about these stranded travelers, wasting a potentially interesting story. 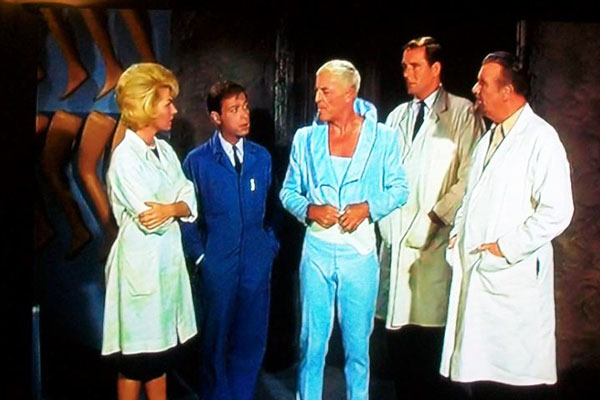 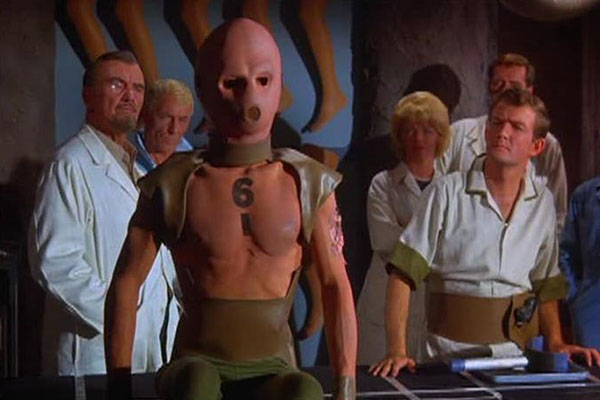 It doesn't help that the special effects are pretty terrible (so bad that the MST3K crew has to constantly call the movie out on its garbage). This really shouldn't come as any surprise since the creative mastermind behind this film, Ib Melchior, was also responsible for Reptilicus, and that monster movie has special effects so shoddy it made you long for the days of man in a rubber Godzilla suit. Everything has this cheap, slap-dash feel that never really lets you settle into the movie. Worse, the production team was clearly proud of their effects and feel the need to linger over all the cool things they've showcasing. Not only do we have to look at bad special effects but we have to linger on them, too.

Certainly this ruins the pace of an already ploddingly paced movie. Once the time travelers get to the future they're told the colony is preparing to blast to Alpha Centauri. Then we spend an hour slowly watching them prepare for their journey, and that's the whole of the story. Sure, there's a threat of mutant Earth dwellers trying to break into the colony, but they're a treat we're told about. The mutants don't show up until the end of the film right when a climax is needed making them less an active villain (or ever present fear) than just this hitch in the road that the characters might have to overcome at some point. A different film would have given the humans a reason to forcibly interact with the mutants, making the villains integral to the story. That film, though, might have actually been good. This movie isn't.

Simply put, I'm astonished at the shoddiness of this film. It has has less wit, ingenuity, and cinematic ability that a low-grade student film. I could honestly make a better movie in my garage and it certainly would be more entertaining to watch. The best thing that can be said is that this appears to be one of the last movies he ever directed indicating that Hollywood at least eventually grew to understand this man should not have been put behind a camera. That's a small break for us.

It should come as no surprise, then, that the MST3K crew struggled with this film. While they certainly had great moments with rapid fire jokes, there are plenty of lulls in the commentary like the comedians were as bored with this film as I was. They try their hardest, but some films defy all joking commentary. Sorry guys. 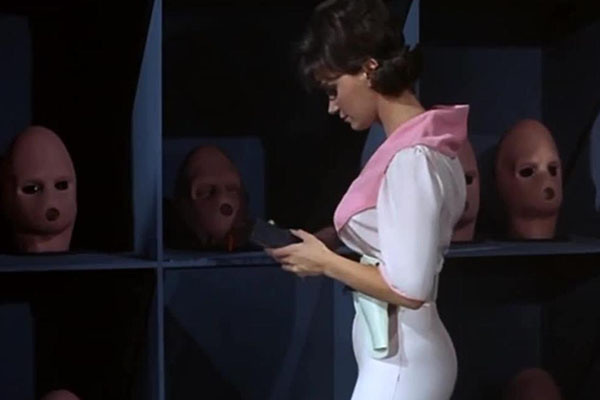 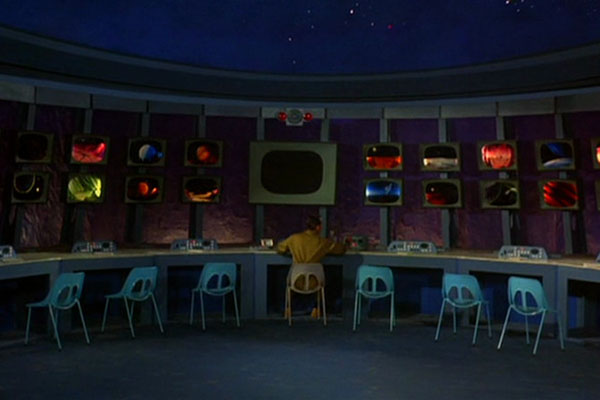 At least the invention exchange was good (if short). Crow's edible silica packets made me laugh hard, while Kinga's Afterlife Alert had a solid, amusing joke behind it. Still, on the whole, this episode is a bummer. I really hope the next one gets better.