Feel So Good, Feel So Numb

As much as I like cinema (and admittedly have a soft spot in my heart for bad movies), I've never actually see any of the works of Ed Wood. A director known for the low-quality movies he consistently produced -- such as the most famous contender for "worst film ever made" Plan 9 from Outer Space -- his movies are the right kind of fodder for Mystery Science Theater 3000First aired on the independent TV network KTMA, Mystery Science Theater 3000 grew in popularity when it moved to Comedy Central. Spoofing bad movies, the gang on the show watch the flicks and make jokes about them, entertaining its audience with the same kind of shtick many movies watchers provided on their own (just usually not as funny as the MST3K guys could provide). It became an indelible part of the entertainment landscape from there, and lives on today on Netflix., the kid of "so-bad it's good" cinema the comedians revel in. Honestly, about the only thing I'd seen that was even Ed Wood-related was the Johnny Depp-starring biopic, Ed Wood, and that film didn't thrill me. 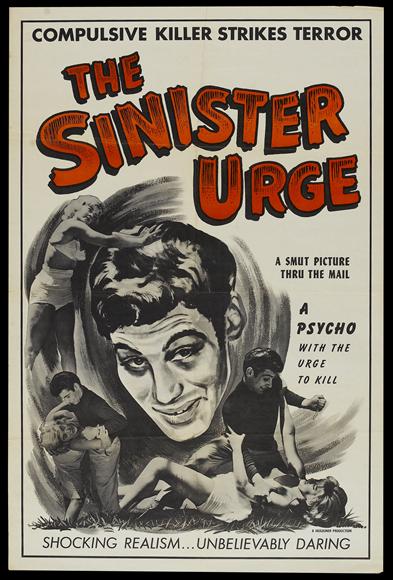 I was eager, though, to finally experience one of Ed Wood's cinematic disasters, guided through the process by the jokers at MST3K. Honestly, though, the director didn't live up to the hype. Yes, today's film, The Sinister Urge, is incompetent but it's nowhere near as bad as Santa Claus Conquers the Martians or Manos: The Hands of Fate. After watching enough of this TV show you develop a high tolerance for basic mediocrity in cinema.

Now this is the MST3K crew firing on all cylinders. In this short we follow two kids as they go about their mornings, learning how to be clean and neat. it's a really dated piece, one from a time when kids were expected to dress like little adults, with button-down shirts and slacks for the boys, dresses for the girls, and well polished shoes all around. Even kids that have to wear uniforms in school now don't put as much effort into their clothes and their hygiene as these kids have to in the short. Plus, really, the damn narrator is so demanding.

What's great with this short, though, is that Mike and the bots are just so scathing. It's not just a little bit a sass, but some really harsh commentary on the kids, the narrator, and how out of date everything in this video really is. Plenty of great laughs, not just at the video but at what the bots say. I actually think I've seen this one before and I still laughed along with it again.

So now we're in with the legend himself, Ed Wood. Filmed four years after his most famous work, Plan 9 from Outer Space, the Sinister Urge shows the kind of garden variety incompetence you'd expect when you hear the name "Ed Wood". The film is nominally about two groups: a local pornography racket making dirty pictures and selling them around the world, and the cops working to clear up the streets of illicit smut. Apparently there's been a string of crimes around town, girls being strangled and murdered, and the cops blame all that damn porn because it causes immorality and lewdness. So we follow the cops as they investigate crimes, and then we spend a lot of time the pornographers as they try to keep things operating while the cops are sniffing around their business. 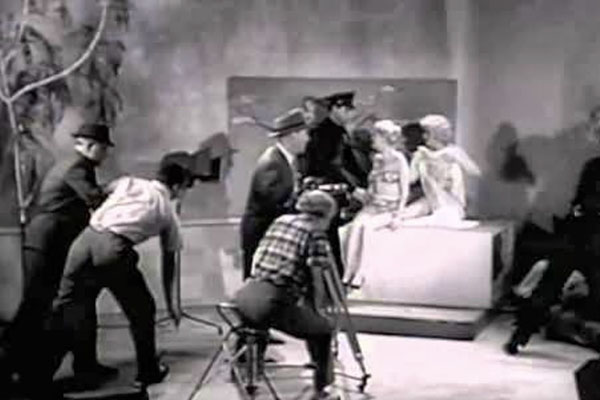 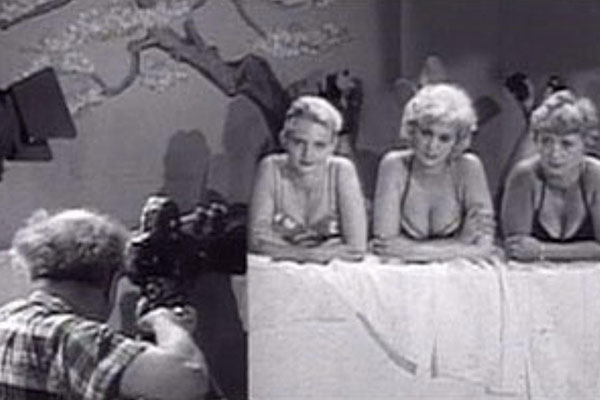 That said, the movie does a pitiful job of telling it's moral panic story, or any story at all for that matter. A film usually needs some kind of protagonist to tie itself around, but because this film really wanted to play in the same genre as Alfred Hitchcock's Psycho (which had come out just a few months earlier), the film elects to follow the villains of the piece, the pornographers, instead. This is a tactic that can work in certain genres, like Noir films, but to do that you have to make the villainous character truly compelling, giving them a long and interesting arc before their inevitable downfall in the last act. This film has the downfall but it fails to craft any kind of interesting characters or a compelling story arc for them. The movie plods through a collection of scenes, most of which are overly long and shot with all the flair of a one-camera TV sitcom, to tell a story that could have been summarized in a 22-minute episode of Dragnet.

And yes, this film does have all the stupid features you'd expect from a movie of this (low) caliber. It's not just the scenes going on too long, showing us every frame of a person's life even if it doesn't add anything to the story. It's also the incredibly poor acting, not just from the leads (who are mediocre at best) but also the bit players (most of whom are outright terrible). And then, of course, there's all thee stock footage and spliced in scenes from other movies Wood filmed and didn't get to finish, giving the whole pieces a strangled cobbled together effect.

The Sinister Urge is bad, make no mistake, but it's the kind of bad you expect from a group of kids playing with a camcorder and splicing whatever ideas they have together. It's incompetent but, like with the kids, well meaning and a touch endearing. It has a quality to it that makes it fun to watch just because you keep thinking, "this can't get worse," and then suddenly does. It's a thrill ride of incompetence and, in its own way, becomes more fun than it really should be.

Much of that credit, though, goes to the MST3K crew who are absolutely scathing this time around. This episode was done at the height of the Mike era and has that same constant patter during the movie from some of their best works (like Space Mutiny and This Island Earth). I laughed a lot during this episode even as the movie because downright tedious at times. This episode clearly had the right crew working on it, both in front of and behind the scenes, to make this episode and absolute winner. Even the skits were amusing, telling one long story of TV's Frank setting bombs to blow up Dr. Forrester's base and strand our heroes in space forever. This is a change in the use of the skits that sets the episode apart from some of the random "let's just do whatever" moments in other seasons, making for a very enjoyable experience.

Neither the short nor the movie this time around were very good but the crew managed to make a really great episode out of what they had to work with. While I wouldn't call this the best episode of the series I certainly think it could hang out in the top 20 easily.