This is one of those movies everyone dreads. When you hear about the run of Mystery Science Theater 3000First aired on the independent TV network KTMA, Mystery Science Theater 3000 grew in popularity when it moved to Comedy Central. Spoofing bad movies, the gang on the show watch the flicks and make jokes about them, entertaining its audience with the same kind of shtick many movies watchers provided on their own (just usually not as funny as the MST3K guys could provide). It became an indelible part of the entertainment landscape from there, and lives on today on Netflix., inevitably discussion turns to Manos: The Hands of Fate, one of the top contenders for worst movie ever made. There's no way to sugar coat this movie, either: it truly is just as terrible as people say it is. It's a wretchedly bad movie that, had the MST3K crew not discovered it, probably would have remained a lost, forgotten relic for the rest of eternity. Just as it deserves. 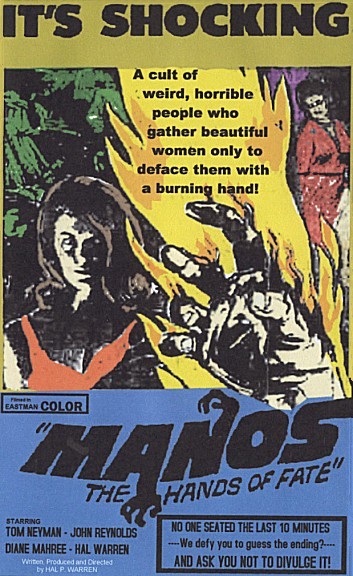 Manos isn't bad in any kind of offensive way. The movie doesn't spout off hateful political rhetoric or show over-the-top levels of violence or gore. It's honestly a pretty tame movie that tries, however poorly, to be a taut little supernatural thriller. The problem with Manos is that words like "taut" and "thriller" were probably not in the vocabulary of the man who wrote, directed, produced, and starred in this travesty: Harold P. Warren. If he knew the words, it was only in passing because neither of those adjectives can reasonably be applied to Manos in any way, shape, or form.

In Manos, a family -- husband Michael (Harold P. Warren), wife Margaret (Diane Mahree), and young daughter Debbie (Jackey Neyman) -- is on a trip when they make a wrong turn and end up far from the resort they planned to stay at. Instead, they end up at a backwood cottage where they meet a strange man, Torgo (John Reynolds). It's getting late out, so they beg Torgo to let them stay at the cottage. Torgo, however, tries to beg off, telling them that "the Master would not be pleased." He does finally acquiesce, though, and the family settles in for the night. Unfortunately, strange things start happening, all culminating with the Master (Tom Neyman) leading a strange ceremony in the desert behind the cottage. Can the family escape before, they too, become pawns of the Master?

First of all, it worth noting that there's a desperate lack of plot in Manos. Usually when I write a movie review I try to summarize salient point from the first half of the film, to condense everything down to just get at the meat of the story (without spoiling anything). The thing about Manos, though, is that what I just described about the story is the whole story. There's barely any description, in the dialogue, about what's happening -- where is the family headed, who is the master, why is he doing the things he does, and what does he want? People just show up, things happen, and then the movie ends.

That said, the lack of story isn't the biggest issue with Manos. No, the real problem with Manos is that it's so boring. The film is like a lot of other, ineptly made movies, ones where the producers tend to think, "this needs to be movie length so let's stretch it out with a lot of establishing shots". Everything happens in the movie at two to three times the length it should simply because there isn't a single action taken without three or four shots back and forth to the actors looking blankly at each other. The movie drags on at such a slow pace that even the MST3K is reduced to commenting that, yes, we're still watching Manos, because there's nothing going on for them to actually talk about. 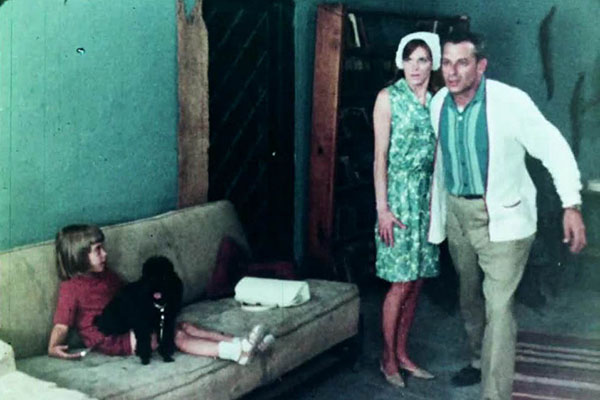 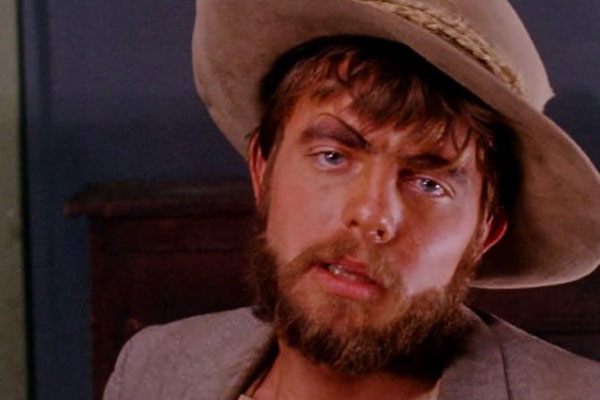 Now, I don't comment lightly when I say that the movie was ineptly made; it's famous at this point for how inept the production was. The movie was put together, by Warren, on a bet after he made a comment to a buddy that he could easily make a horror movie. He scraped together a paltry $19,000 and set about filming the movie as quickly as he could (so he could return the rented filming equipment before he ran out of money). The equipment was woefully inadequate for the task, with a camera that had to be wound by hand, could only record for 32 seconds at a time, and didn't record audio directly. Additional audio equipment wasn't used on the shoot meaning that all audio had to be recorded in post. None of the actors were professionals (because, of course, the production couldn't afford to pay anyone), and many of them were bullied into helping to promote the film. It was, in short, a train wreck.

I don't want to make it sound like I'm ripping into Warren, mind you. Making a movie, in any decade, is hard, and the fact that he actually managed to finish a movie, such as it is, on $19,000 (when accounting for inflation from 1960s dollars to 2018, is about $150,000) is impressive. Most people, presented with the challenge of making a movie on such a small budget would never have finish the project. Warren not only did it, he had a small premiere for the film and put it out into the world. That's an amazing feat of hubris, to be sure, but an impressive accomplishment all the same.

It just would have been nice if Manos was, in any way, shape, or form, bearable to watch. It isn't; the film is so slow, so tedious, so meaningless that you fight to stay interested at all. Even with the MST3K crew backing you up, it's still a chore to sit through this film. It's just such a bad movie.

The episode, admittedly, isn't one MST3K's finest, largely held back by Manos. Everything around the film does its best to be entertaining, from the invention exchange (the chocolate rabbit guillotine is one of my favorite inventions of the series) to the Chevrolet training video the guys mock before getting into Manos itself, plus all the times the characters on screen apologize for making us watch this movie. They try, oh do they try, but there's just only so much you can do with a movie like Manos. 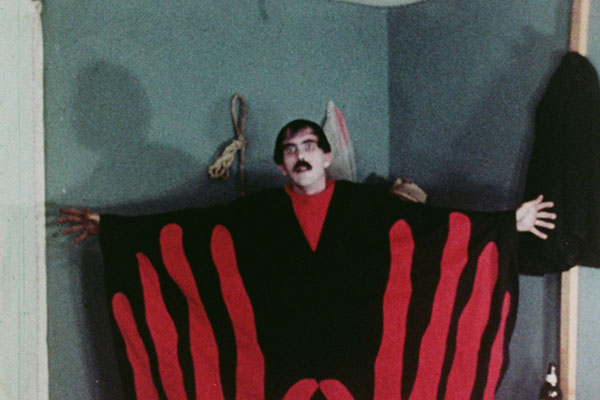 Manos should never have been given a second life; it's just that bad. And yet, I think we can take some lessons from this movie that might, maybe, allow us to appreciate the fact that this movie not only exists, but had gained a kind of fame an notoriety. Firstly, if someone bets you that you can't make a movie, maybe accept the fact that you can't. Unless you already work in Hollywood, and have access to a lot of money to burn, your movie making ambitions may not come to fruition (especially if you're doing it on a dare).

Also, while we're at it, if you do decide to make a movie, one with a tiny budget and barely any cast or crew, maybe get some people to help you with the script. Or, and receive input from your collaborators. Make it a team effort. Projects of this nature tend to work out better when it's more than one man controlling all the decisions. Auteurs filmmakers are a thing, but you likely aren't one of them, so get some feedback, make changes to your movie, and try as hard as you can to not make another Manos.

Well, unless you're making a parody sequel. Somehow I feel like that movie would be really good. Much better than the Manos we got. Watch this movie if you must, but do it with the MST3K crew helping you. It still won't help that much, but it's better than going into this movie without them (perhaps on a dare).