The further we go into the oldest episodes of Mystery Science Theater 3000First aired on the independent TV network KTMA, Mystery Science Theater 3000 grew in popularity when it moved to Comedy Central. Spoofing bad movies, the gang on the show watch the flicks and make jokes about them, entertaining its audience with the same kind of shtick many movies watchers provided on their own (just usually not as funny as the MST3K guys could provide). It became an indelible part of the entertainment landscape from there, and lives on today on Netflix. I have to face the fact that I'm just not a fan of Joel. I get that he's the founder of the show, the original host and favorite of so many fans. The fact is, though, that I always find his performance so sleepy. He lacks the energy of Mike or the goofy fun of Jonah. There's just something missing from Joel, although I admit I didn't really get into the show until the Mike era (after the Movie) so Joel was not the kind of host I was looking for. 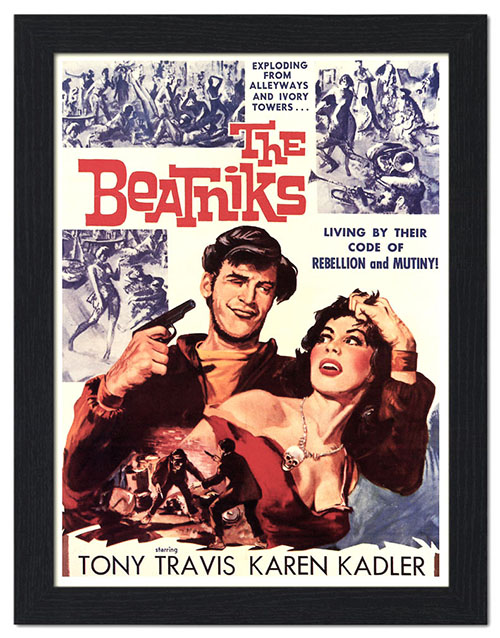 That's probably part of the reason I just don't like the episodes from the early era of the series. I tend to find the joke-a-minute patter to be lacking (and, honestly, to be far less than joke-a-minute), the episodes dragging on as if the hosts are watching the movie more than commenting on it. Some movies, like Santa Claus Conquers the Martians and Manos: The Hands of Fate, are so bad nothing could save them, but episodes like todays I find are lacking simply because the A-game of Joel and the boy isn't present... and maybe never could be.

We open with a clip from a 1963 clip of General Hospital. It's a single segment celebrating the engagement of two characters we're supposed to know but don't because this is a single clip from a show with hours of loose continuity, and also because Mystery Science Theater 3000 doesn't care. In the clip, one couple celebrates their engagement while the other couple, their friends, sit and stew because it's a soap opera and, more than likely, one or both of them were in love with someone in the happy couple. Or they're their evil twins. Or both.

Not sure context would have really helped this clip as, honestly, this whole affair was pretty boring. Even the guys commenting on it didn't really elevate it much, not even getting a single chuckle out of me. Overall, pretty meh filler.

So now we get into the main movie, The Beatniks. This was a movie clearly made at the start of the 1960s by crooner-loving Greatest Generation producers fearing what their kids were getting up to. In the film, a group of teens are rampaging across the country, robbing stores and beating up people. It's only be chance that a music producer, Harry (Charles Delaney), happens to overhear gang leader Eddy (Tony Travis) crooning to his gal, Iris (Karen Kadler), and immediately hires the kid for a record contract. Soon, Eddy is whisked away to the city to be on shows, record music, and be a star, but the rest of his gang -- Moon (Peter Breck), Red (Sam Edwards), and Chuck (Bob Wells) -- don't want Eddie to leave and to great lengths to ruin his career... through violence!

Essentially, without too much of a "reading between the lines", this film is all about fear. Primarily it's fear about teenagers and the evil they will get up to if left to their own devices. Those darn kids, with their guns, and their crime, and their beatnik music will ruin the world unless they're able to find the glory of the old ways. Even then, you have to watch out because, at any moment, those darn kids could come and ruin your life, so be ready and be prepared. And, also, reject the beatnik music for some awesome crooning. Crooning the music kids really want, if only they'd sit down and listen to it.

It's easy to see this film as a rejection of the music coming out in the era. It's probably no coincidence that the film originally went into production in 1958, one year after the Beatles rose to the forefront of music popularity. Also not a coincidence, I'm sure, that it's called "The Beatniks" ala "The Beatles" -- those darn kids with their evil rock music were storming across the world and Hollywood clutched its pearls and feared for the worst. What will happen if all our kids listen to this music? They should listen to glorious, Rat Pack-style crooning instead (not that the Rat Pack were a bunch of saints, mind you). It's a really weird angle the film takes on the matter. 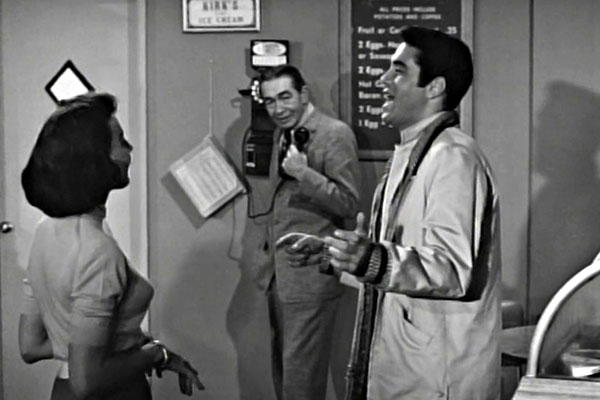 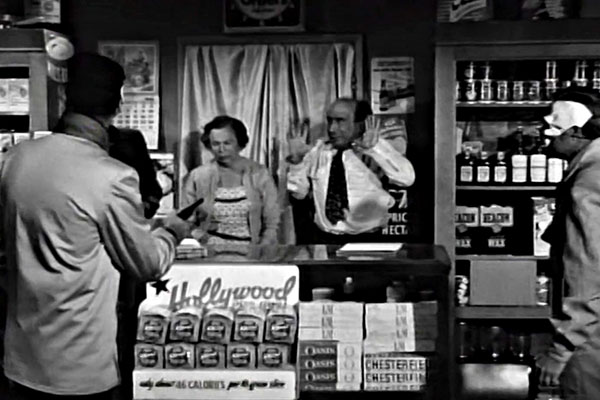 But then, the film really didn't have the time, or budget, for any kind of real message. Part of the reason why the MST3K crew had to mock a segment of General Hospital at the start of the show was because this film clocks in at a slight 77 minutes -- less once you chop off credits. There was a lot of space to fill because the movie rushed through its whole story. Eddie is picked up by the manager, has his audition the next day, appears on a TV spotlight show the day after that, and then suddenly is making a hit record. Movies that tackle a similar subject -- rags to riches rise on the charts, like That Thing You Do -- know that watching the rise of the star is the real story. Beatniks glosses over all of it.

Other films tackling this subject usually don't have such a hate on for their subject matter, though. They also have more money to spend showing the glitz an glamour of the industry. This film has enough of a budget to show one dimly-lit, semi-glitzy restaurant (with no one in it), a half-decent hotel, a sound stage, a recording booth, and an office, and none of them for very long. Clearly even just telling this story was beyond the means of the money alloted.

And seriously, it's hard to believe that Eddie could suddenly have a career from his singing. Sure, Tony Travis wasn't bad in the role, and he had a decent voice, but his singing, and the songs provided, weren't anything special. The characters in the movie are all floored by Tony's pipes but viewers in the audience, I'm sure, begged to differ. Hell, Wikipedia (normally the bastion of dry, detailed writing) threw shade at the movie saying that Eddie's two-minute TV performance was "apparently stupendously successful". When the Online encyclopedia is dryly ripping into you then you know your movie has failed in all regards.

This is a film that is ripe for mockery by the MST3K crew but, honestly, it was just a total drag. I think I laughed all of twice during the whole proceeding, and neither time was for very long. Maybe the gang just couldn't find any good material, or perhaps they were asleep at the wheel, but whatever the case, this episode was as boring as the film they were mocking. Add another one to the pile because this is yet another episode of the show I'm going to avoid watching ever again.