Just about every fast food restaurant has a "secret" menu. These are offerings that aren't officially on the menu but either the kitchen staff knows how to make and serve it or customers have taken to putting these concoctions together themselves. Sometimes called "food hacks" (and that's the term McDonald's is apparently going with), these secret items become something of fan favorites for the clientele. 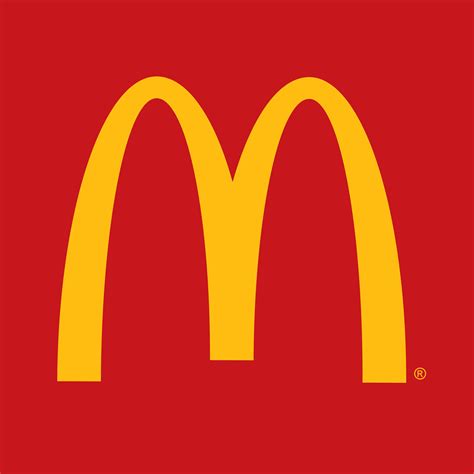 I will admit I hadn't given much thought to doing any of these "hacks" to McDonald's food. Frankly, when I go to Mickey D's it's because I'm having one of those deeps and hateful moments of the soul (and a White Castle isn't nearby). It's usually late at night, my stomach is desperate, and there's just enough spite in the pit of my existence that the only thing that can sate it is a ball of sin and rage called a "Big Mac". That's what McDonald's is good for.

All of that being said, the new "Secret Menu" offerings coming out from M.D. have a couple of items that don't sound half bad. That's not to say I'm going to eat any of these any time soon (right now I respect my body too much to do that), but if you're using the app and going for some take-out, you might want to consider some of these options (only some as others are hideous to even think about). Just note that you have to do your assembly yourself as these items are sold as "bundles" and not as complete pre-made items.

Oh, and it's worth noting up front that the "McTen Thirty Five" (a Egg McMuffin with a hamburger patty inside) and the colorfully named "McGangbang" (a Big Mac with a chicken patty shoved in the middle) are not on the menu, the first because of logistics and the latter because that would be a PR nightmare if the name were preserved. Oh fans, you get so creative sometimes.

This is probably the most basic, and the easiest to assemble whether you get it as a secret item or just because you rolled through the drive through in the morning and get a meal. This sandwich is an Egg McMuffin (the standard type with a sausage patty) plus the hash brown patty shoved inside. Legit this sounds good in its own way, although I have to admit I don't care for the McDonald's sausage and I'd get this as a Ham n Egg McMuffin instead. The hash browns already pair well with the sandie on the side so having it right in the middle makes sense.

As a kid growing up on school cafeteria food I shoved plenty of fries into other food just to see how it would taste. Fries in burgers are a good time (and I think better than onion straws or onion rings) and this fees very much "of a piece" with that idea. Of all the items on this list, this is the one I'm most likely to try when I have to be up early (which automatically puts me in a rage-enduced fit because mornings suck). 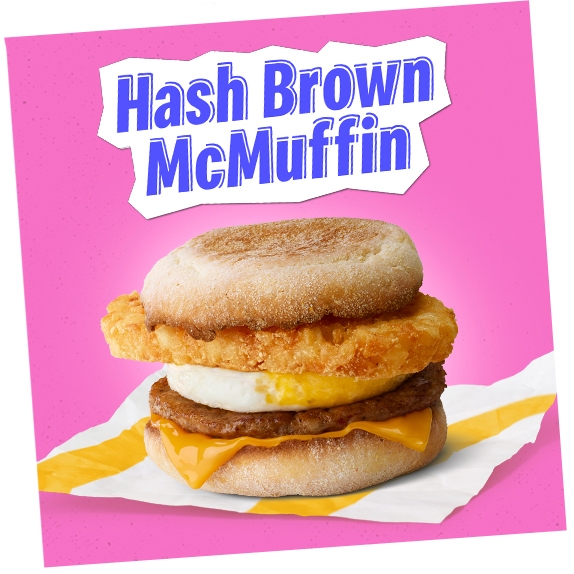 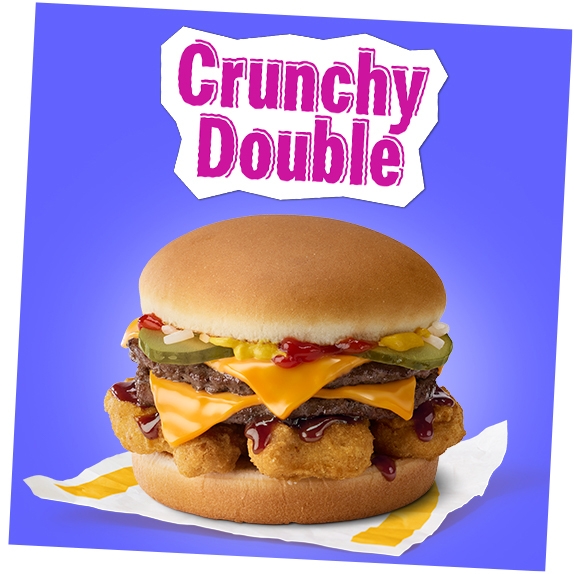 This one feels like an evolution of the item above, with a burger shoved full of fried bits. In this case the burger in question is the McDouble, their variant of the Double Cheeseburger (which apparently the only difference between this and a Double Cheeseburger is that the McDouble only gets a single slice of cheese) with Chicken McNuggets put in between the patties, along with BBQ sauce drizzled on top. It's burgers and fried up tastiness all together.

Now, thing is that this sounds like a lot of meat. It's going to have the basic thickness of a triple cheeseburger (which, actually, I don't think Mickey D's generally serves those anymore, so there's another hack to bring back). Personally I'd make this with just a single patty cheeseburger so as not to blow out my arteries quite as much. On the plus side, I think BBQ sauce on a burger is straight up legit so, over all, this does sound pretty decent. And hell, since it's a hack, make it any way you want.

Here is where the "Secret Menu" starts to lose me. This first horrible entry combines a Double Cheeseburger (so, two slices of cheese, as we just learned) with a Fillet o' Fish (bread, tartar sauce, and all). I'm not a fan of the Fillet o' Fish regardless, but I just don't see this flavor combo working. I get "surf and turf" as a bit of fish, on the side, can pair nicely with a good steak. McDonald's is not "good steak", though. He's it's not even up at the level of "semi-passable ground meat" and their fish, frankly, isn't any better. Putting the two together sounds vile.

Worse, this is a thick monstrosity. It's basically a Big Mac with an extra patty shoved into it, and that patty is deep fried to boot. Sure, on some level it hits that same "burger plus fried bits" idea we talked about above, but I feel like this goes one step too far. And including the tartar sauce, that's just extra gross. I don't want to go anywhere near this vile, wrathful being. 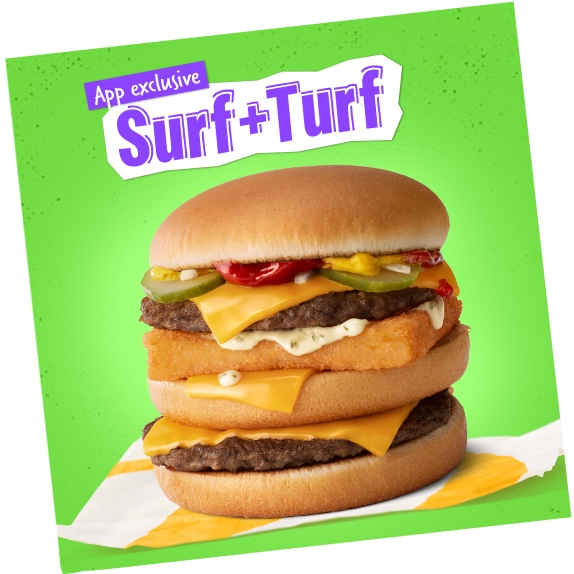 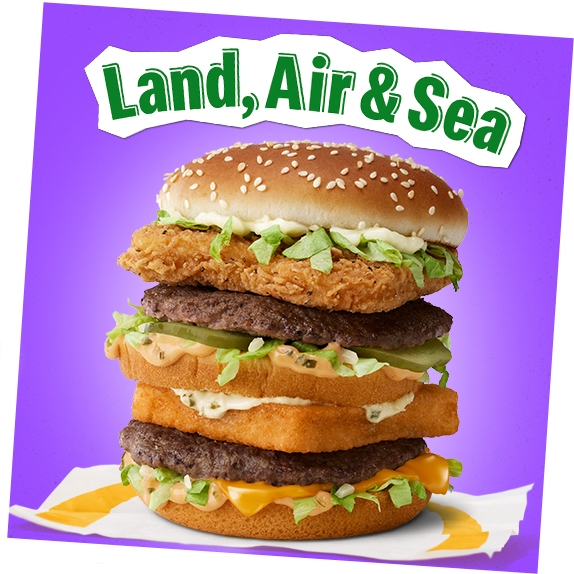 Speaking of vile, wrathful beings, we have no met their god. The Land, Air & Sea is the towering king of self-hate and body torture, featuring a Big Mac, shoved full (like a turducken of misery) with a McChicken patty and a Fillet o' Fish patty, plus all the Big Mac trimmings (and, yes, tartar sauce, too). Not all the bread from these sandwiches is included in the photo, and I assume wouldn't be included in the bundle, but if you want to unhinge your jaw like a snake I guess you could just buy all three sandwiches and make the Human Centipede of Sandwiches. Ugh.

I think certain aspects of this sandwich do have appeal. A chicken patty with a burger patty? Maybe. A double-chicken with Big Mac trimmings? Sounds pretty good. Maybe even Big Mac trimmings on a Fillet o' Fish (if that's your thing). I can certainly see the sense in that. Putting all of them together in one monstrous beast, though, doesn't sound good. It's like a Fear Factor dare that McDonald's customers duped themselves into enjoying. You have to have a truly righteous level of self-hate to want to eat this thing regularly. I don't even want to have to order it, let alone wrap my lips around it, thanks all the same.

And that's it, two solid items and two that will only hasten your demise (to paraphrase a quote from the web-comic 1/0). If you're rolling into a Mickey D's and are using the ordering app (as these aren't on their normal walk-in menu) maybe give the Hash Brown McMuffin or the Crunchy Double a try. Just, do yourself and your loved ones a favor and avoid the horrible fish concoctions. There are people that love you. Don't give in.