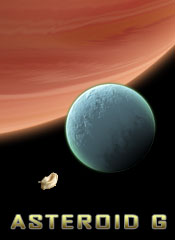 You know what's rare? Finding someone that hates bananas. Not just dislikes them some (which, in and of itself is also rare, mind you), but deep down despises them. I am one of those people. To me, bananas are vile, disgusting, wretched, nasty, repulsive creatures that live in trees and await unsuspecting mouths to jump in them and spread their foul seed.

The prime issue with them is the taste. They have a cloying, sickly sweet flavor with a weird, pasty finish. It both is a flavor and yet, at the same time, cancels out all flavor so you're just left with the taste of disappointment in your mouth.

It's also the texture, which is soft and mushy. A banana will spread around in your mouth, filling all the crevices with its weird, soft putty, like the meanest, nastiest construction worker trying to fill all the spaces in my otherwise innocent mouth.

Then there's the feel of the skin, which is like dead animal carcass. It's like the banana is an alien that came down from another planet and learned to live in trees. When we touch them, they play dead, making us think we've picked up a half-rotted corpse. I'm sure it's a defense mechanism so that we'll put them back down and walk very quickly away lest we catch something.

And don't try to tell me that I'm just not eating the right bananas. I've tried a few varieties, plus plantains (the starchy relative of bananas), and they're all equally vile. I don't understand how people have let this nasty fruit plague continue growing around our world. The next time a banana blight spreads through the globe we should all collectively agree that, for the greater good, it's time to let bananas go.