A Fight for Spicy Dominance

A Comparison of the Spicy Chicken Sandwiches on the Market

There has been a lot of buzz about all the spicy chicken sandwiches that have been released by the various fast food restaurants. Popeyes' really kicked it off when they released their spicy chicken last year (a replacement it seems for their classic po'boys, which I also enjoyed). Everyone raved about that sandwich, and now every fast food joint has to have their own spicy chicken. It's a war. A spicy chicken war! So let's review the major contenders.

And note, we are not reviewing the Chick Fil'A sandwich because I will not have anything to do with that restaurant and their politics. No matter how good or bad the sandwich is (I've heard its decent but not as good as the Wendy's sandwich) I refuse to ever eat it.

The worst of the four sandwiches, by a mile, the Hot 'n Spicy McChicken is a sad piece of bread and meat. Let's be honest about this, McDonald's doesn't really serve food; they serve pasteurized processed foods-stuff. Their stuff has a certain quality you normally can't put down, but it's hard to call it quality food with anything close to a straight face. Their chicken products are especially bad, made from what seems like liquid chicken that's poured into molds and allowed to solidify. I'm sure it's not that bad, but that's what it feels like every time I eat one of their nuggets or chicken patties, not meat but a spongy meat-like mass.

This is already setting the Hot 'n Spicy McChicken in the wrong place because it's a McChicken. By default it's already one of their weird patties, breaded and fried, and then served with a sad sprinkle of lettuce and a squirt of mayo on one of their normal buns. The only difference with the Hot 'n Spicy version is the seasoning in the patty, which is supposed to be a (presumably hot) blend of spices. It was far from it. At best I tasted a bit of black pepper, more than in the normal McChicken but hardly what I'd call "Hot 'n Spicy".

It's weird, too, because Mickey D's had a perfectly solid spicy chicken years ago, the Cajun McChicken. I had this one years and years ago, and it was solid, spicy with a really nice flavor (even if it still was the same weird, formless chicken mass). I dunno why they decided to do a different sandwich here when they could have had a perfectly solid sandwich that actually had flavor. It's so dumb. 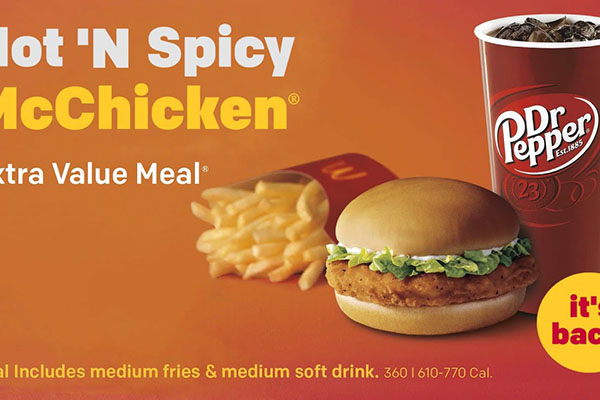 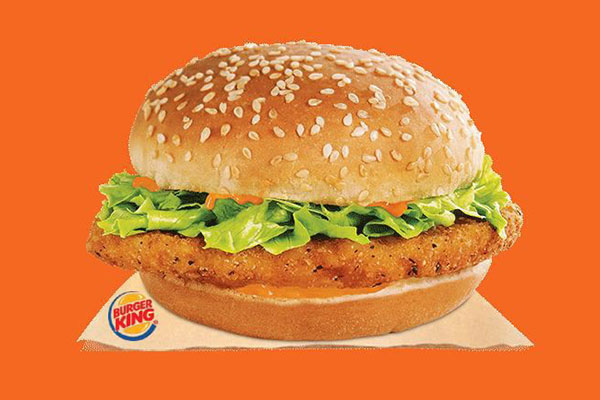 I'm not a huge fan of Burger King in general. I don't tend to think their food is as good as some other places, but I have been giving them a shot recently because of their Impossible Whopper (which I found to be pretty solid). Since I've occasionally been sampling that burger, I elected to take a taste of the Spicy Chicken Jr. they have on their value menu now. And I have to point out that it's actually a little weird that they have this sandwich, not because they made a junior version of their Spicy Chicken, but because this sandwich is actually different from their spicy chicken.

Their main sandwich is a spicy breaded chicken breast served with lettuce, tomato, and mayo, while the Jr. is served just with a smattering of lettuce and a spicy sauce. Although I like the tomato included on the main sandwich (it adds a nice contrast taste to the spice), but the Junior wins out with the spicy sauce, a tangy mayo with a nice bite. It's a better sandwich than the Hot 'n Spicy, but still not a great chicken sandwich over all. It's tolerable, but there are better sandwiches out there.

Menu Description: A juicy chicken breast marinated and breaded in our unique, fiery blend of peppers and spices to deliver more flavor inside and out, cooled down with crisp lettuce, tomato, and mayo. It’s the original spicy chicken sandwich, and the one you crave.

Now we're starting to get into the good stuff. This is one of the long-serving Spicy Chickens, a sandwich that has been around at Wendy's for as long as I can remember. And it's actually pretty good. Instead of the formless mass of the BK or Mickey D's sandwiches, this is actually a pretty decent cut of chicken, pounded down, breaded, and fried. Served with a leaf of lettuce, a slice of tomato, and mayo, this is a solid sandwich all around.

Part of it is the mouth fee of the chicken itself, which actually feels like a cut of meat; so much better than the lesser sandwiches. The flavor of this one is also on point, well seasoned with a solid bit of spice. This one doesn't need a spicy sauce to be flavorful as the patty does it all on its one. The chicken, contrasted with the lettuce, tomato, and mayo, makes for a really delicious sandwich. This is the sandie that all others aspire to be... and it would be the tops if not for a late contender for the crow. 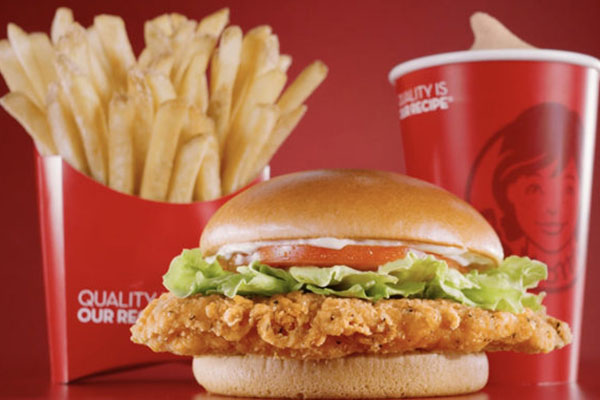 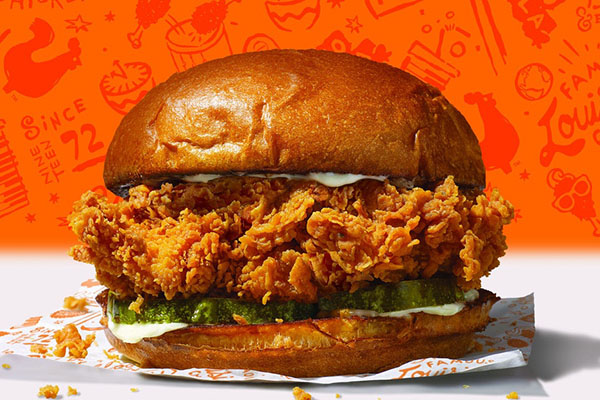 Menu Description: A tender all-white meat chicken breast fillet, marinated in an authentic blend of Louisiana seasonings, then hand battered and breaded in our all new buttermilk coating. Served with crisp barrel cured pickles and Classic or Spicy Mayonnaise, served on a warm and toasted buttery brioche bun.

I didn't think, honestly, that anything could unseat the Wendy's Spicy Chicken. And then Popeyes' had to come out with a new sandwich. I've tried their po'boy more than once, a sub-style sandwich with mayo, lettuce, and a couple of light and flaky chicken strips, and it was pretty decent. That sandwich was powered by their fried chicken, and Popeyes' has amazing fried chicken; it's so much better than the greasy crap KFC serves. I wouldn't have rated their spicy-style po'boy as high as the Wendy's sandwich, but it was a reliable sub.

I can say with solid confidence that the new sandwich, though, blows the po'boy right out of the water. Instead of strips, it's a boneless chicken breast, breaded as is (in either homestyle classic or spicy versions, although obviously we're covering the spicy one here, and the put on a bun with sauce (mayo or spicy mayo depending) and pickles. And it's perfect, just perfect. The first bite I took of it was light and flaky, with a pop of sauce, a tangy of the pickles, and a slightly sweet finish from the bun. Not to be overly hyperbolic, but it was a symphony of flavors in my mouth. So damn good.

At this point, frankly, I don't know if I can go back to Wendy's. Had I never had this sandwich I could settle for second best, but now I will always crave the Popeye's Spicy Chicken. It's the tops, by a mile.

This is a regional chicken joint, one that opened within the last year in my area, and it's pretty good. They serve chicken, sides, and desserts, and you can get either chicken breasts and legs and so forth or sandwiches. I actually do enjoy their sandwiches, light and flaky, coated in sauce and served normally or Carolina style (i.e., with slaw). I'd actually put this on the list above except it's a bit of a cheat to include it: the rest of the sandwiches here derive their flavor from the breading primarily, whereas Joella's coats theirs in sauce, like a Buffalo Chicken. Those are a different kind of sandwich we could make a completely different list for, I just wanted to note them here because if you have a chance to try them, I do recommend giving Joella's a taste.