My mom didn't do a lot of cooking. She actually wasn't a bad good but the act of being in a kitchen bored her. Instead of doing elaborate meals she'd mostly just make simple stuff (casseroles and the like) or let my dad to all the cooking (and he did do probably 90% of it). The benefit of her dishes is that they were easy, if not entirely healthy, as she used a lot of mac n' cheese (since the boxed stuff with the dry cheese is cheap). Hell, her big "innovative dish" was to take any leftovers that weren't getting eaten and throw them all together in a pot with broth for "Garbage Soup." I don't need to provide that recipe, you can come up with it on your own.

Over the years I've taken her dishes and added to them with my own stuff. Generally speaking I don't really have "recipes" as I just take stuff that seems like it'll be tasty and I throw it all together, and generally it works (tacos just need the right seasoning to be tacos, for example). Still, these broad ideas will get you rolling with these recipes and then, hopefully, you'll get creative with them as well.

I'm sure everyone has had some kind of Italian mac; if you've ever gotten Chef Boyardee canned meals then you'd had a (very bad) version of this. It's an easy, but hearty and delicious, dish that most people seem to enjoy. For me, the trick of it is ingredients. For instance, my mom used to use the dry powder cheese types of mac 'n cheese, but I buy the shells and cheese with the liquid sauce as I like the flavor better. Similarly, the dish calls for ground beef (that's how she'd make it), but I've made the dish would ground chicken, ground turkey, ground sausage... Whatever strikes my fancy.

I know veggies are a sticking point for some people but I like veggies. I find they taste great in a dish like this and the best thing, in my mind, is that if you put a lot of veggies in you don't have to use a lot of meat (which can make this dish relatively healthier). Hell, you could make it vegetarian, if you so chose, and it would probably still taste great; it's hard to screw up mac 'n cheese and pasta sauce.

Allergen Note: If you have dietary concerns, like dairy of gluten, there are solid brands of dairy free, gluten free "mac 'n cheese" (Daiya makes a decent box) that you could use. I've tried the dish with a couple of different types (as my wife has dietary issues) and it still tastes good. 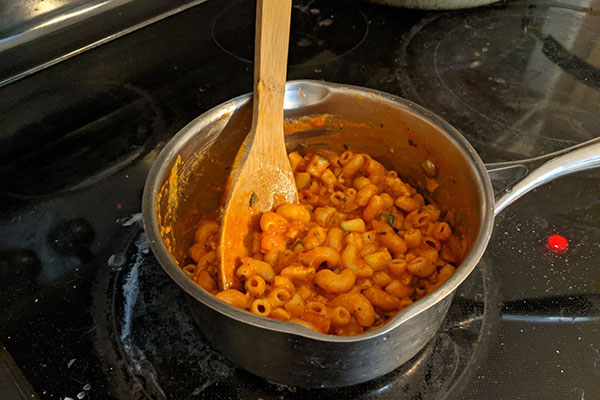 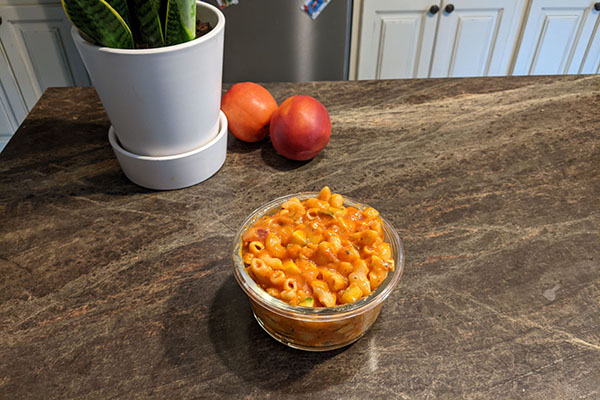 This is another dish I'm sure people have had before, but due to my wife's allergies I have to make it differently from most. She can't have fish, so the traditional tuna version of this dish is out, and since most cans of "Cream of Whatever" soups have milk or cream or the like in them, I had to improvise an alternative. Thus, I make my own mushroom sauce and use chicken in place of tuna. It taste's great, and I get to control the thickness of the sauce as I like.

Of note, I do use fresh chicken that I dice, season, and cook. You could use canned chicken if you wanted, and I have in the past, as it works fine, but the fresh chicken has a better flavor and is less greasy. It's a healthier alternative than the canned stuff.

Allergen Note: As before, there are brands of mac and cheese that are dairy and gluten free if that's a concern; they taste good in this dish. Also, I have made this dish with Silk soy milk as well as Lactaid lactose-free milk. The Lactaid does cook better as it's actual milk, but it's good with the Silk, too. Just bear in mind that soy milk gets a little weird if you boil it (the milk seems to separate a little) so you will want to get the sauce just to the edge of boiling without scalding it. 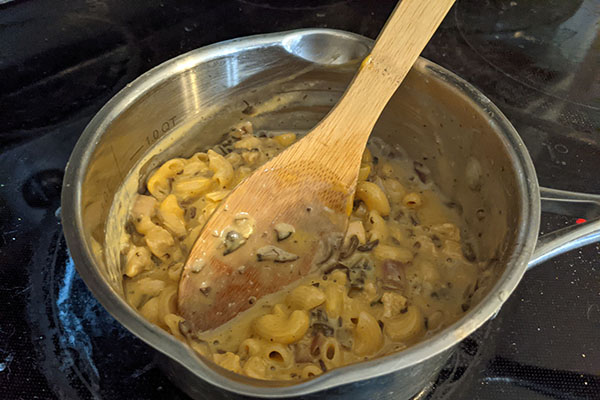 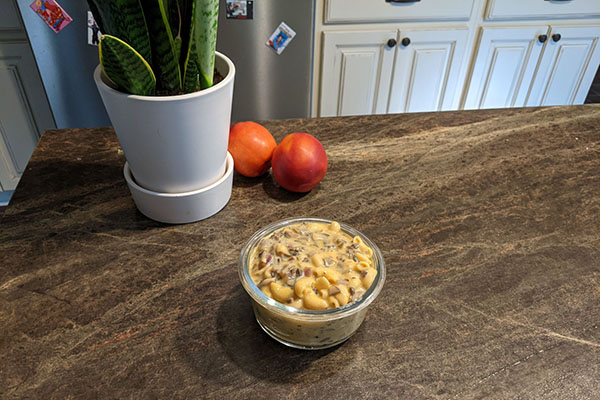 I honestly don't remember where this recipe came from. A coworker waaaay back found it somewhere and gave it to me, and then I worked it over a while because the original recipe was a tad lacking.

For starters the original recipe called for the chicken, a full package of breasts, to be boiled. I changed that to dicing it, and then I threw in all the veggies I like in Mexican food, and sauteed it all together. This made for a better mix in the dish just all around.

When it comes to the cheese sauce there are a few options I like to take. The dish originally called for Cheddar Cheese soup, but I've found Fiesta Nacho Cheese soup fits the flavor even better. For queso I've tried a number of brands and most are good, but I avoid Newman's Own as it has a vinegar-like flavor that I don't like in the dish. Finally, for spicy tomatoes I prefer Rotel, and I get them as hot as I can, but you can cut back on the spice if you so choose.

Finally, although the dish calls for Doritos you can probably use whatever corn chip you prefer. I actually like to get the Salsa Verde Doritos, but you don't even have to get a cheesed up version. Hell, I've made the dish without chips at all before and it's great as a dip. The chips, though, so soak up some of the moisture, giving it more body; if you don't put the chips in you have to serve it as a dip, or a soup, because it doesn't hold together as well. 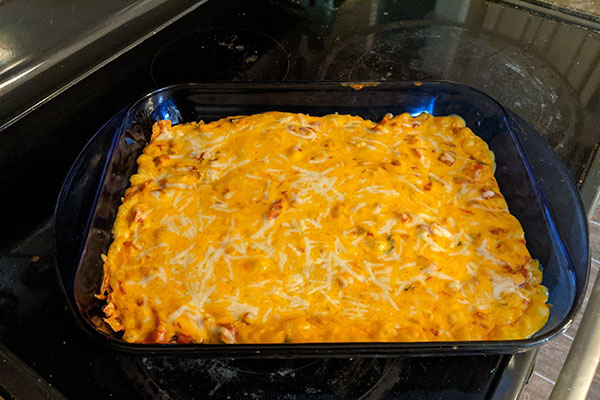 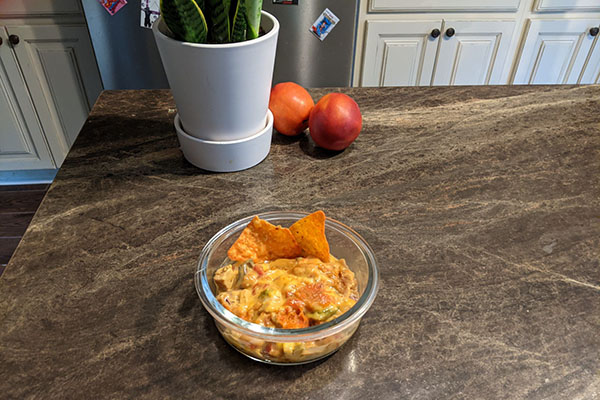 That's it for today but I'm sure I'll have more random food ideas to put up over time.