Well, Titans almost pulled it off again, both getting the whole team together for some ass-kicking and introducing a new version of Robin, he of the Jason Todd variety. Still, there were a number of pretty good events across the Arrowverse -- deaths, family drama, creepy puppet people -- that I was actually able to write about a different series for once.

So while we give Robin, Starfire, and their crew a rest over on the DC Universe this week, let's see what big events dominated the main portion of the 'verse:

The meat of this week's Flash episode is focused on Rag Doll, a creepy new villain-of-the-week (who doesn't get a catchy villain name until the last few minutes of the episode). Rag Doll is able to bend, twisty, stretch, and flatten himself to get into any space he desires, and he does it all wearing a creepy clown mask. He has plans to make each and every person suffer and feel grief -- essentially he's like Elongated Man mixed with a bit of Jigsaw. Barry and Iris work to track down this villain , learn who he is, and see what it would take to stop him.

Rag Doll is a great villain even though he's barely a character. While we learn some background on him -- unappreciated rich kid struck by dark matter and now making everyone hurt the way he hurts -- he never really gets a personality. He barely talks, and while we learn about him we don't learn much from him. And yet, he works because his design is so creepy. The producers clearly hired a Cirque du Soleil-style contortionist for the role, and watching him bend, move, and tuck in and around himself is a delightful creepy effect (practical, too). Sure, they occasionally supplement it with CGI for certain sequences, but just watching a contortionist move around in a creepy mask is villain-fodder enough for any show.

The B-plot of the episode is focused on finding Caitlin's father who might just have the answers about her, Killer Frost, and how both sides of Caitlin are really connected. That case moves forward, but it's not really the focus on the plot -- that is, instead, taken up by Cisco and his struggles to get his Vibe powers back. I'll admit that I wouldn't normally invest in this plot line as, of course, they're eventually going to let Cisco have his superpowers back. His struggle is the reason, but most of the time these shows can't always sell the struggle. Here, though, it works, mostly because actor Carlos Valdes is able to sell Cisco's struggle. He invests in the role and make us care about Cisco. Of course, it helps that Valdez is usually one of the best parts of the series in general, the episode just wisely lets him roll with a good, dramatic story. 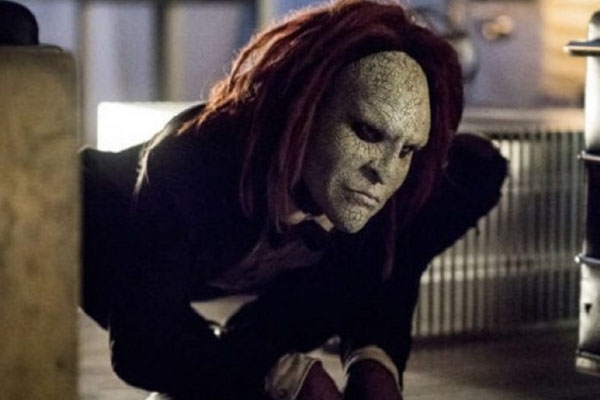 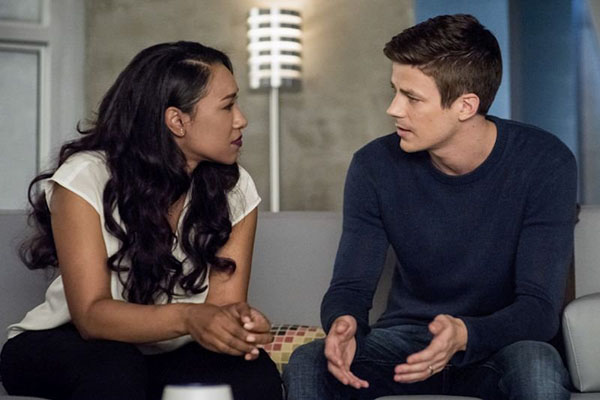 I still don't care about Caitlin's plot line, though. She searching for a dad we've never seen in the series before, and until they give us real stakes for why we should care about her and her family drama, this side of the story isn't going to sell itself. Yeah, sure, she could get Killer Frost back, but were we ever in any doubt she'd one day regain her powers? No, and Danielle Panabaker isn't a good enough actress to get us to care. She can't invest the way Valdez can, so her story is falling flat for me.

I suppose I should also note that Nora is finally moving past her issues with Iris, learning that the person her mother is no, in the present, isn't the same as the person Nora remembers from the future. You know, basic, logic about time line and future potential. Why it's taken the character five weeks to figure this out is beyond me, and she only clued in to it when someone else essentially slapped her in the face with the facts. It's a dumb character moment that should have happened way earlier than this.

Still, for all the little issues I had with this episode, "All Doll'd Up" gets seriously high marks for its A-plot with a really neat villain. Sometimes a good, creep villain can go a long way.

I've been hard on Black Lightning these last few weeks. The show has written itself into a rut, taking on too many diverse plot lines and barely moving the characters forward week after week. All it took, though, was a major character death to shake things up and give the show some focus. It starts at the beginning of the episode with Gambi driving around town, running errands, while Rat Pack music plays in the background. Clearly, he's telegraphed to die here, and sure enough a van pulls up beside his own vehicle, lays a ton of bullet fire all over it while both vehicles speed through the city, and then Gambi's van crashes off the side of the road and explodes.

This grief then sends the rest of characters into a spin as each -- Jefferson, Annissa, Jennifer, and Lynn -- find their own ways to deal with the grief (almost like the "Four Stages of Grief" as shown by four characters). This pushes Jefferson to let his guard down, gets Anissa to go back to a past love she ditched, and shoves Jennifer towards Kahlil, her one-time boyfriend and current henchman of Tobias Whale. Each character figures out something they need or want in the process, all while a weird, new issue (strange liquid-metal organisms) start showing up in Freeland. It's almost as if the show heard my complaints about focus and character growth and decided to give me everything I wanted.

Well, almost. Tobias Whale is still spinning his wheels. He has this grand master plan we're clearly not part of yet, but he acts like he's five steps ahead of everyone else. He like the Kingpin from over on Daredevil, but essentially filling the same slot on their shows. And, like the Kingpin, Whale just isn't interesting. He's not making enough moves we can see to make him an actual threat, and since he's so removed from the action right now, nothing is a threat to him. He's just boring, a bad place to have your show's villain at. 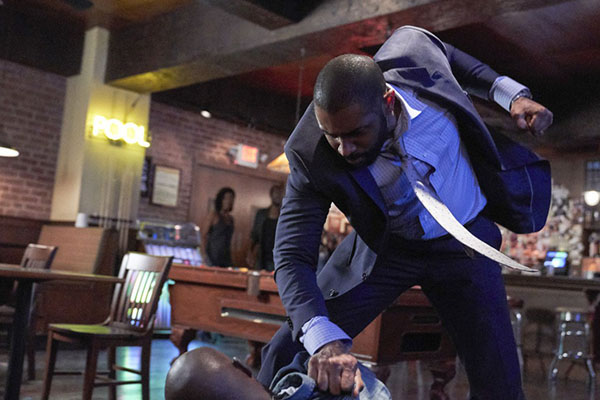 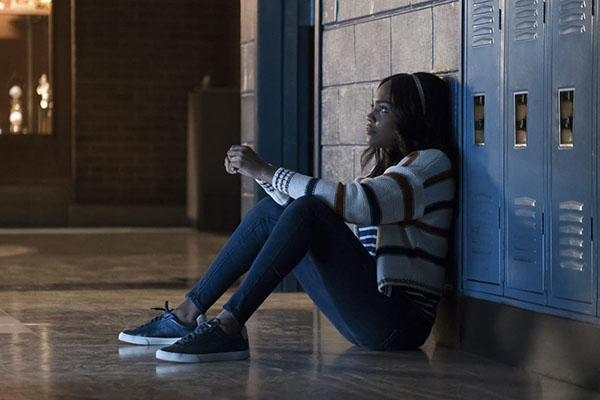 Still, overall this episode was a great improvement. Of course, I don't actually think Gambi is dead; this is a superhero show and until you see someone in the morgue, dead on a slab, they aren't really dead (and hell, even then, they probably can come back). But even if they reverse that in the next episode, the threat of his death pushed the other characters forward and that's not nothing.