It's another light week here in the ArrowverseWhen it was announced that the CW was creating a show based on the Green Arrow, people laughed. The CW? Really? Was it going to be teen-oriented like everything else on the network and be called "Arrow High"? And yet that one show, Arrow has spawned three spin-offs, various related shows and given DC a successful shared universe, the Arrowverse on TV and streaming. with only three of our shows going right now. That's soon going to change (with Supergirl returning next week, along with new comers, Doom Patrol). That means our selections are pretty easy to make this week, and since Arrow was largely meh, we'll be diving deep on Black Lightning and Flash.

Seriously, Supergirl, come back. We miss you.

Tobias Whale, being the man that he is, wants to get ahold of all the pod-kids. If you remember, Lynn has been working on reviving all the frozen pod-kids that have been in stasis for over 30 years. Each of these kids is a power meta-human with abilities that are slowly killing them, but if Lynn can stabilize them, the kids could have normal (if super-powered) lives. But not if Tobias gets them, of course. Lynn wants them to be teens, Tobias wants them to be weapons. Weapons he can sell, no less. And the only thing that will stand in his way is Black Lightning and his team.

But that's a plot for the next week (or two) as Black Lightning heads towards its conclusion. For now, we get a lot of pieces moving around and only a little bit of action. Most of that action comes from Jennifer who is still raging of the death of Kahlil two weeks ago (and understandable reaction). She charges off across the city attacking members of Tobias's gang, all so she can find out where Tobias lives and kill him. She's gaining more and more control of her lightning powers, sure, but this effort overtaxes her right when she needs her powers most, and it's up to her sister, Anissa/Thunder, to save the girl.

I appreciate all these plot lines coming together because, honestly, the Tobias story has to go somewhere. He's been a boring, shadowy figure for too long, a kingpin without a clear plan since the first episode of this series, so to finally have a clue about what he's up to finally brings something about the character into clear focus. It's a boring plot line -- oh, he just wants to make money -- but it's at least something. Now with Jennifer on his tail, I can only hope she forces a conclusion that leaves the show in a different state moving forward. Maybe one free of Tobias for at least a little while. 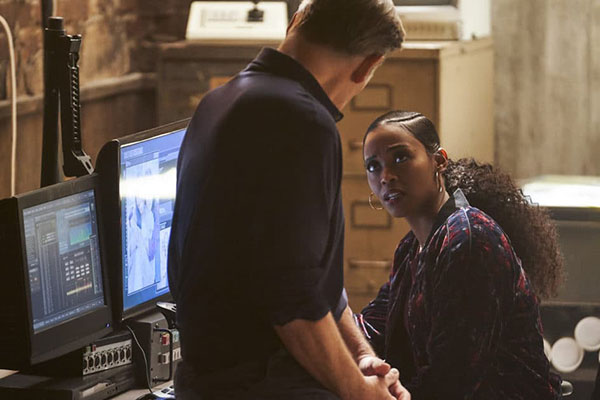 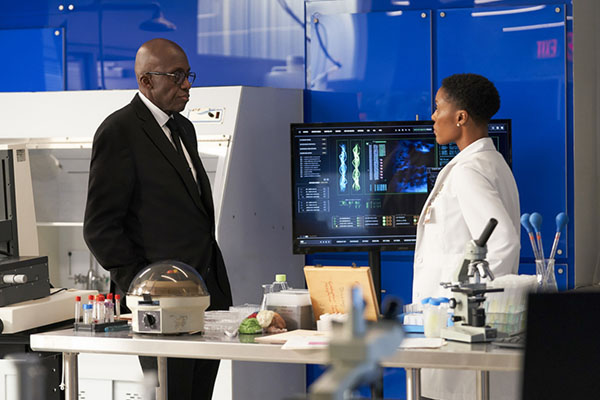 Honestly, for once the least interesting part of the episode was Jefferson/Black Lightning himself as he was torn between being a superhero and protecting the school he worked at during the day. He was demoted to teacher, from principal, at the start of the season and had a chance this week to get his old job back. He passed it up, though, because he felt like he couldn't give the school is full attention. That's an understandable reaction, but the way the show handles it is to have Jefferson come to the defense of the current principal, a leader who has clearly shown he doesn't care about the school, or the students, at all. It's one thing to want someone that can devote themselves fully to the school to be in charge, but it's another to willfully leave a bad principal in the position. This was just a dumb plot beat.

On the whole this episode left me cold. We at least have movement forward for the main plot but it still doesn't feel like the show knows how to balance all these characters, give them interesting things to do, and tell a focused story all at the same time. The show constantly pulls in four different directions at once and very rarely is able to tell a cohesive, or propulsive, story. The show-runners really need to get it together if they're going to keep my interest past season two.

So I crapped on Nora/XS the last two weeks. Ever since it was revealed that she was working with Eobard Thawn in the future I grew cold towards the character. She has too much going on, split motivations that muddied her character. I frankly wasn't really excited for a Nora-focused episode, especially not one that was going to play around with time loops (a trope the Arrowverse already explored last season on Legends of Tomorrow. Thankfully, this episode actually manages to mine new material from the well, and does it in such a way that it feels very different from the Legends episode.

In the episode the meta cure is ready, which gives Team Flash hope that they can soon use it on Cicada to de-power him and stop his meta-killing spree. There's only one downside: the cure will take 29 days to cure-up and be ready for use. To speed the process, Barry/Flash takes the vial of the cure into the Speed Force to dump it full of dark matter energy, causing the cure to be ready in a single hour instead of a month. That means for one hour Nora is in charge of protecting the city.

This becomes a problem, though, when Cicada shows up at Iris's office looking to get a little revenge on Team Flash. Popping to her mother's rescue, with the aid of Caitlin/Killer Frost, then sets in motion a series of events that saves Iris but leave Killer Frost dead. So Iris does the only thing she can: she loops time by an hour and tries again. This time she stops Iris from going to her office, but this only leads to Ralph/Elongated Man (who works across the hall) getting captured instead, and then Ralph ends up dead. Each time she tries to change events one of her team members dies, so she goes back, time and again, to find a solution. It's an hour that never ends.

The main twist to the time loop trope that "Cause and XS" brings in is the fact that Nora is actively resetting the day. Usually some mysterious force causes the looper to do the same things over and over again (and usually for a single day), but it's rare for the looper to not only know the cause but also how to cause a reset (beyond just dying and doing it all over again). The episode gives Nora agency over the situation, making her the active agent in her own Hell.

And a Hell it is, with her getting more and more upset, and frustrated, and depressed over her inability to fix things. The performance from actress Jessica Parker Kennedy is fantastic in these moments, crafting XS into a real character for once. Up until now I've really had trouble getting a grasp on her -- she was more a cypher, a character introduced to act as a wrench in the happiness of Team Flash more than an actual character. This episode, though, helps to focus her better and really get us into the emotional spectrum for the character. 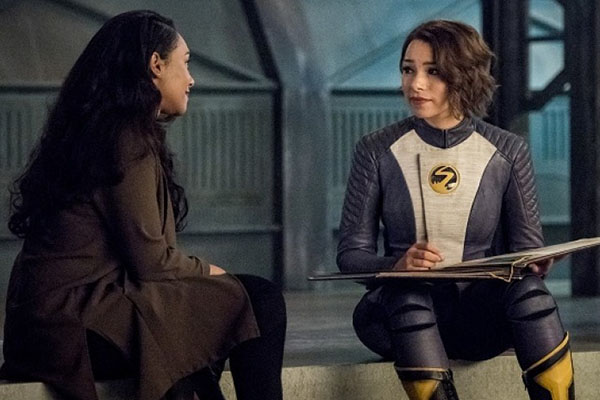 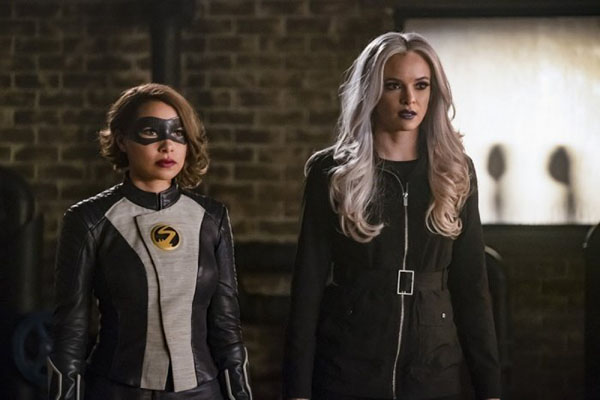 More importantly, though, is that fact that this episode is really focused. Most of the time the show has an A-plot, B-plot, and C-plot, and while there's hinting towards a side event (Cisco's date that he goes on over and over again due to the time loop), the show is really focused all around XS. It's her hour, and she shines.

Now if only they could give us a real reason why she'd willingly trust Eobard Thawn. How did that first conversation go?

Something about this still doesn't work for me.